Crayola crayons have to be every house staple. They have a long history of business, more than a century, and are truly a household name. For a company to be in business for so long and producing so many products it’s understood that some of their stuff is highly sought after and collected.

Today professional collectors and hobbyists are always for the hunt for the rarest shade color or type of Crayola crayon.

Here are some of the rare and special kinds of Crayola crayons. 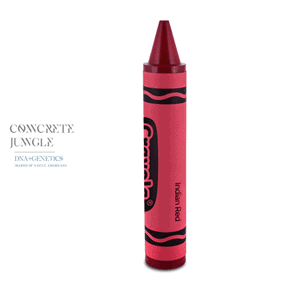 Indian Red was one of the original colors to be produced in 1903. Around 1999 teachers voiced concern on the name of the color not being very politically correct and that kids might mistake it for skin color for Native Americans. The educators requested for the name changing and Crayola obliged. This was the third time in history Crayola had changed the name of a running color, first being Prussian Blue, as students no longer understood the reference of Prussia History it was changed to Midnight Blue, and second was Flesh that was renamed to Peach, as flesh didn’t represent everybody’s skin tone.

Interestingly enough the Indian Red was never about the Native Americans but was about the iron oxide pigment of India and how the color was richly found in the actual country. The name could have been changed to India Red but then who would care to open that box of worms and ensue another debate hence the name was completely rebranded to Chestnut in 1999. The name was picked as the most popular suggestion among 100,000 people who suggested the new title.

The older version of this color with the printed label of Indian Red is considered rare and is sought after by collectors.

photo source: Unfortunately there are no photos of the crayon, cannot be even viewed on Eric Carle’s Blog.

This one is a special mention in the list. Crayola honors only a very few with unique colors only made for them. Crayola honored Eric Carle with a special …green of course! The green shade is to celebrate Eric Carle’s best work – The Hungry Green Caterpillar. This classic tale of change, transformation, and the journey is adored by kids all over the world.

In 2009 Crayola presented a commemorative 5 foot giant special green crayon to Eric Carle on his birthday. The guests of the party also got the chance to have this special ‘Hungry Caterpillar Green’ crayon.

Another rare find in Crayola is Gamboge Yellow. This light mustardy shade only came in hex-style crayons and wasn’t included in a lot of assortment sizes. The unique color ‘gamboge’ is officially named so after the color of the gum resin found in the Eastern Asian trees. This resin is used as a yellow pigment to dye Buddhist mons robes as well.

As all businesses were affected by war, so was Crayola. In 1941 when USA entered the WWII Crayola decided to change things up and alter their offering of hexagonal crayons assortment. The gamboge yellow came to be added to this assortment for a short period and was phased out by 1945. War meant sources were scarce, and so were the pigments. Crayola retired many colors in that timeframe and Gamboge Yellow became another causality of war. The yellow later was renamed Maxim Yellow.

Crayola as a business strategy would partner up with restaurants and stores to develop a special range of crayon names exclusive to their brands. Some popular examples of such special exclusive crayons were for restaurants like Chilli’s and Macaroni Grill.

The crayon ‘Mirtilla Blueberry’ was exclusively produced for the Macaroni Grill color set and another one of these is still to be seen, which makes it rare and a collector’s item.

Just like Eric Carle’s special crayon, this one is also a celebrity special and it was no other than Oprah Winfrey. The Color Purple was the first exclusive crayon to be made for someone. In 2006 Oprah held a show about ‘Million Dollar Ideas’ and Crayola was mentioned. It was in this show that Crayola presented her with the exclusive color and all but 64 of them in a special No. 64 box.

The box was also presented by the great-granddaughter of Edward Binney, the pioneers of the Crayola Company. The crayon label also includes Oprah’s signature and was never officially sold.

Safe to say it’s considered one of the rarest crayons in the world.

Crayola has a very complex color palette history. Many colors were renamed, some were renamed again and again and some colors were retired. Some names even saw their shades changed. Over a hundred years Crayola has produced more than 120 colors.  Crayola would always publicly announce the retirement of cherished colors, but few colors just vanished in thin air or so to speak. These vanishing colors are surely the rare kind.
One such example is the ‘Light Blue’. Light Blue was produced in three different shades over different time periods. This shade of Light Blue was made in the 1910s for E.C. Charleston department stores, later merged to become Woolworths. Only two such crayons are said to survive today and this makes it super rare. 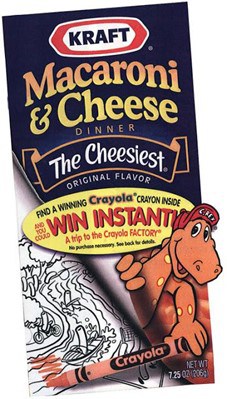 This one is notoriously popular because of the mystery that surrounds it! Crayola partnered with Kraft Macaroni and Cheese to develop a special crayon color for its contest. One lucky winner would find the unique color inside one of these special Kraft boxes.

Crayola holds no record of the winner and whoever it was probably decided to keep their anonymity. There is no indication if the crayon even still exists. As it was only produced once it’s evident that ‘C-Rex is the rarest Crayola Crayon.’