Nike Air Jordans are one of the most widely collected sneakers in the world. The release of the first Jordans in 1985, is considered to be the start of the “sneakerhead” movement and popularized the collection of sneakers. Over the years, Nike has created special editions of various Air Jordan models that are exclusively for a specific athlete. These Jordans are actually the rarest, but since they are never released to the public, not much information exists about these player exclusive shoes. 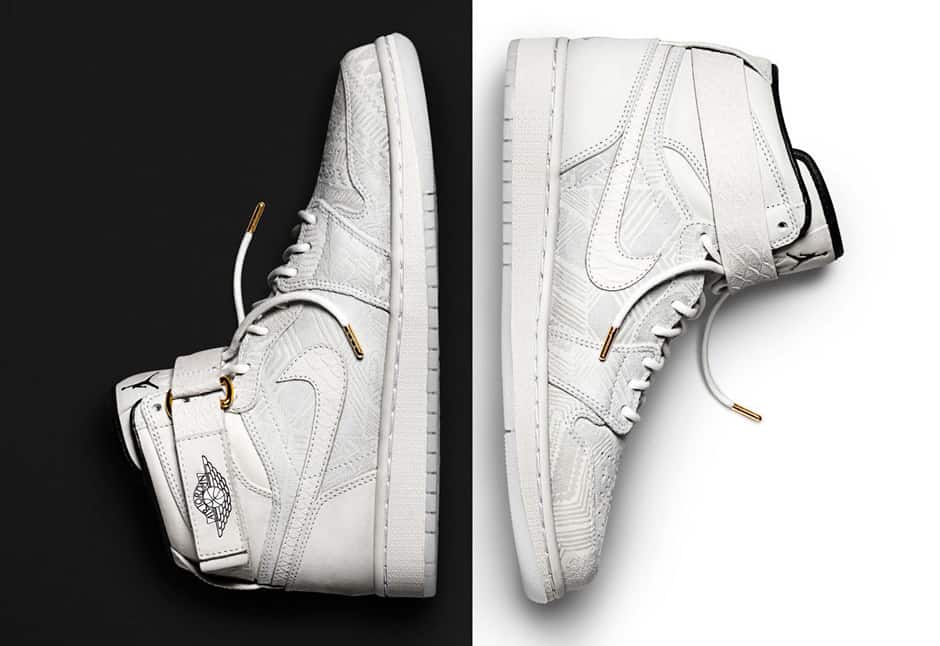 To contrast with the 2013 edition of the Just Don BHM Air Jordan Is, which were all black, the ones sold in 2015 were all white. The shoes featured the 2015 edition of Nike’s Black History Month graphic print with black lining and gold tipped laces and gold buckle on the ankle strap. 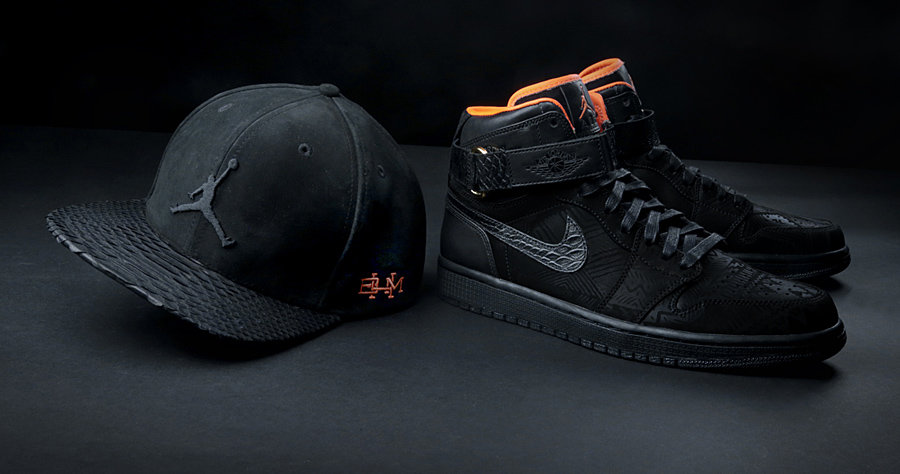 In February 2013, Nike celebrated Black History Month with a special edition of the Air Jordan I. The shoes were designed by Don C, owner of RSVP Gallery and Just Don. Through the collaboration, 37 pairs of the Air Jordan Is and signature BHM Just Don snapback hats were auctioned off for charity. Only 37 pairs were created to mark the 37th anniversary of Black History Month. All proceeds from the auction went to Big Brothers Big Sisters of America.

Nike created a whole line for its Black History Month Collection and the special Air Jordan Is featured the collection’s exclusive “Be Bold. Be True.” graphic print over black leather. The Swoosh and collar strap, as well as the bill of the snapback, had a python skin texture. 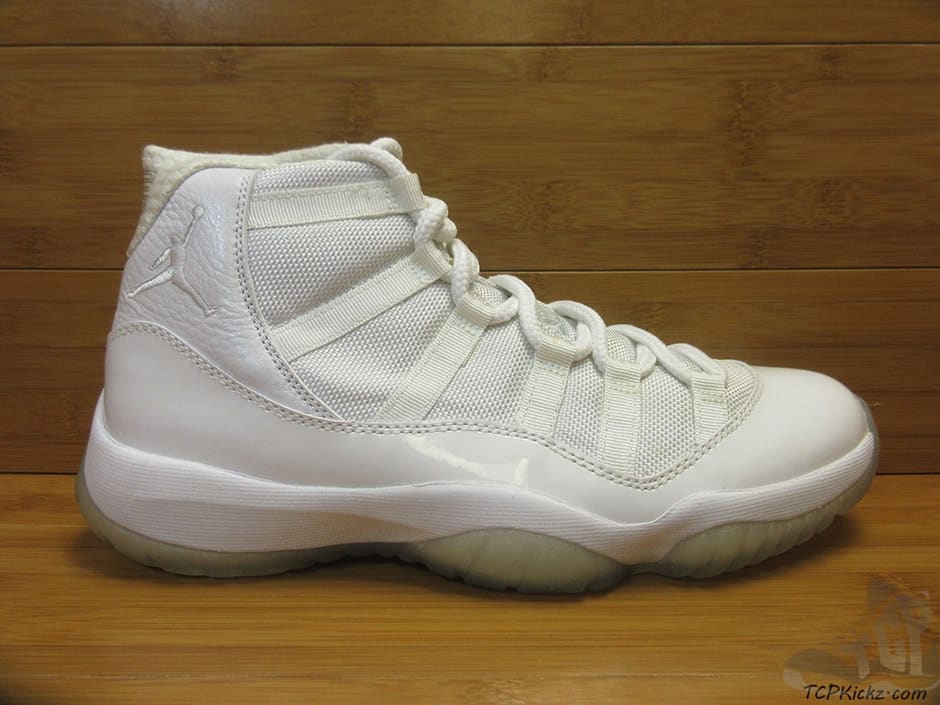 However, Nike revealed that 25 pairs of the anniversary sneakers would have the Jumpman logo and a special commemorative seal under the right insole. These 25 pairs were randomly circulated with the rest of the 25th Anniversary Air Jordan XIs. 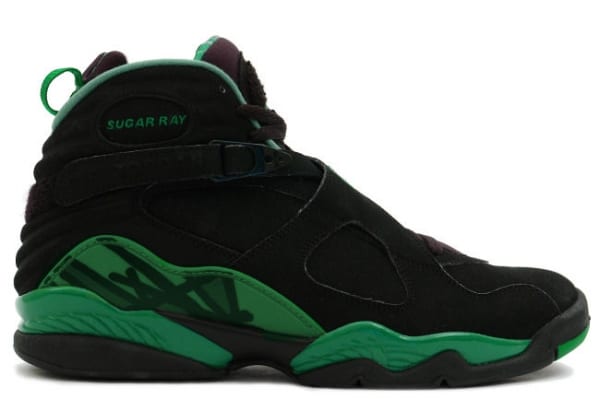 Along with the Q-Rich colorway, the Air Jordan VIII Retro PE – Ray Allen edition was an ultra rare Player Exclusive secretly released to the public. Only 24 pairs of the Jordans, which were originally made for the Boston Celtics’ Ray Allen, were made for retail sale. The release of both Player Exclusive colorways was not widely advertised and very few people knew.

The shoes were sold at House of Hoops with the Quentin Richardson PE Jordans for $140. These Jordans were black and green just like the Boston Celtics’ jersey and had Allen’s nickname, Sugar Ray, stitched on the ankle. 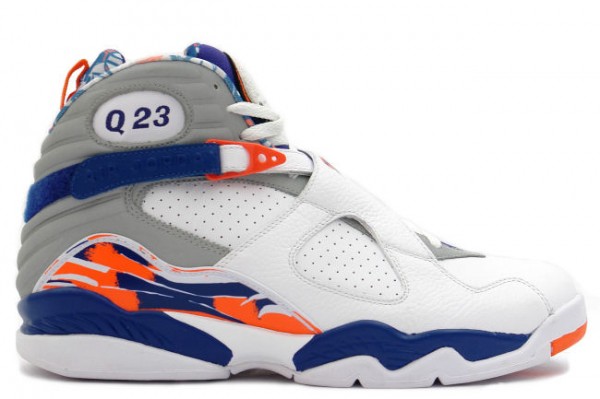 In 2008, for the first time ever Nike released two Player Exclusive Jordans and one of them was the Air Jordan VIII Retro PE – Q-Rich edition. The Jordans were originally designed for Quentin Richardson of the New York Knicks and featured the initial Q along with Richardson’s jersey number, 23. The special Jordans were made out of white leather with blue and orange accents.

As an Player Exclusive edition, only 24 pairs of the Jordans were sold at the House of Hoops store in New York City. The Jordans retailed for $140 and sold out immediately. 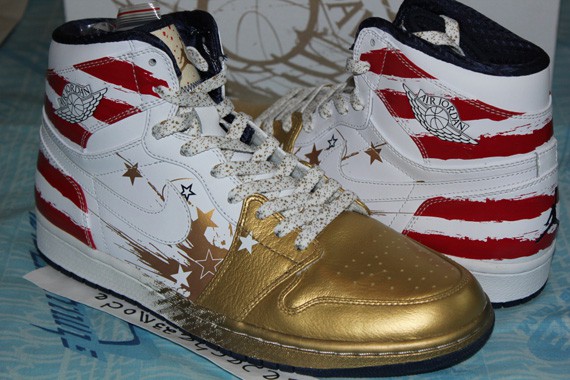 Like most of the very limited edition shoes on this list, the Air Jordan Is made by artist Dave White were made for charity. According to White, he was first contacted by Dave Frank, the Art Director for Jordan Brand, in 2008 to come up with a special design for the Air Jordan I. White decided to mostly stick with the original Air Jordan I colorways of black, white, red, gray, and the cement pattern, but also added his own touch.

White made 23 pairs of the special Air Jordan Is and the proceeds from the auction were donated to WINGS for the Future and Los Angeles’ Inglewood High School. Each pair of the shoes sold for just over a $1,000 at the 2011 NBA All-Star Game and over $23,000 was raised for the charity. A few months after the 23 pairs of the Dave White x Air Jordan Is were sold, Nike released a limited number of a retail version of the shoes. 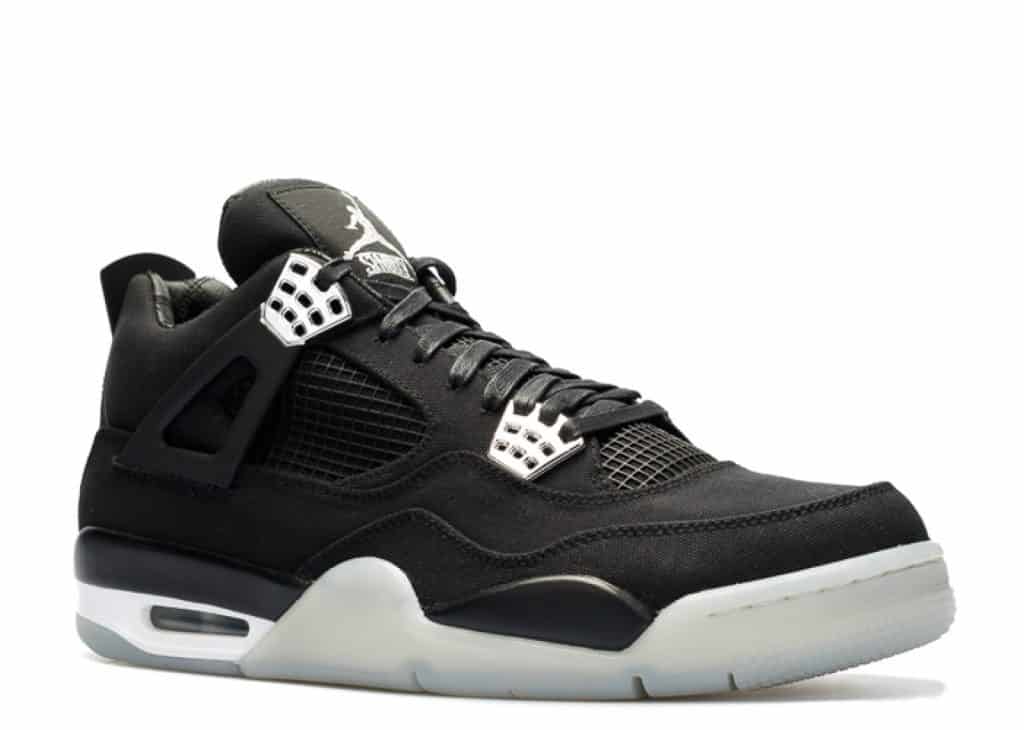 An additional 10 pairs of the Air Jordan IV Retro x Carhartt x Eminem sneakers were auctioned off to the public. The auction raised a total of $227,552 and all the proceeds went to MSU’s Literacy Through Songwriting program. 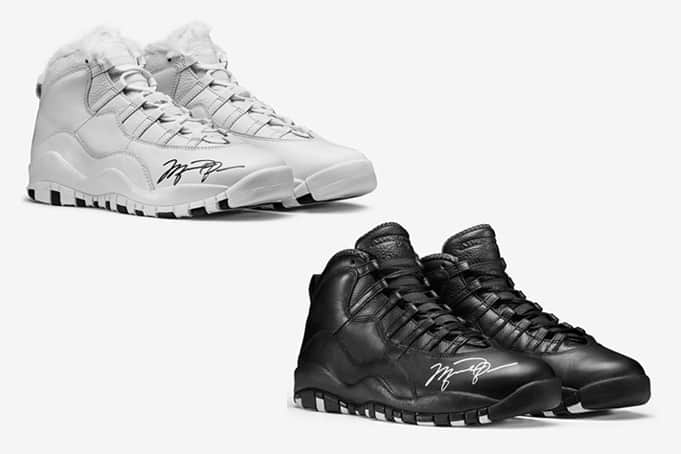 In April 2016, Nike collaborated with the NBC drama “Grimm” to auction off 10 pairs of special edition Air Jordan Xs. With less than a dozen pairs made for the charity auction, the Air Jordan X Special “Grimm” Editions are the rarest Jordans in the world. The shoes were auctioned off through eBay for Charity, with 100 percent of the proceeds going to OHSU Doernbecher Children’s Hospital, which provides children and families with critical financial support associated with uncompensated care, travel, lodging, and other services.

Like most Jordans, the special “Grimm” Jordans were designed by Tinker Hatfield. Four pairs of white women’s shoes were lined with a plush fur collar and four pairs of black leather men’s shoes with a herringbone collar lining were created for the charity auction. In addition to the eight pairs, one additional pair of each design was signed by Michael Jordan and Tinker Hatfield. Overall, the sale raised about $22,400 for Doernbecher Children’s Hospital.