Butterflies are some of the most beautiful creatures in the world and are greatly enjoyed by nearly everyone. Unfortunately, a number of various butterfly species are critically endangered because their natural habitats are being destroyed by human activity. All of the butterflies on this list are rare because they only live in one specific area.

These areas have become more urbanized over the years or affected by natural disasters, such as wildfires and hurricanes, which has negatively impacted the population of these already rare butterflies. Due to their rarity and status as endangered species, all of the butterflies on this list are either listed on the Xerces Society’s Red list of Butterflies and Moths and/or the IUCN Red List. 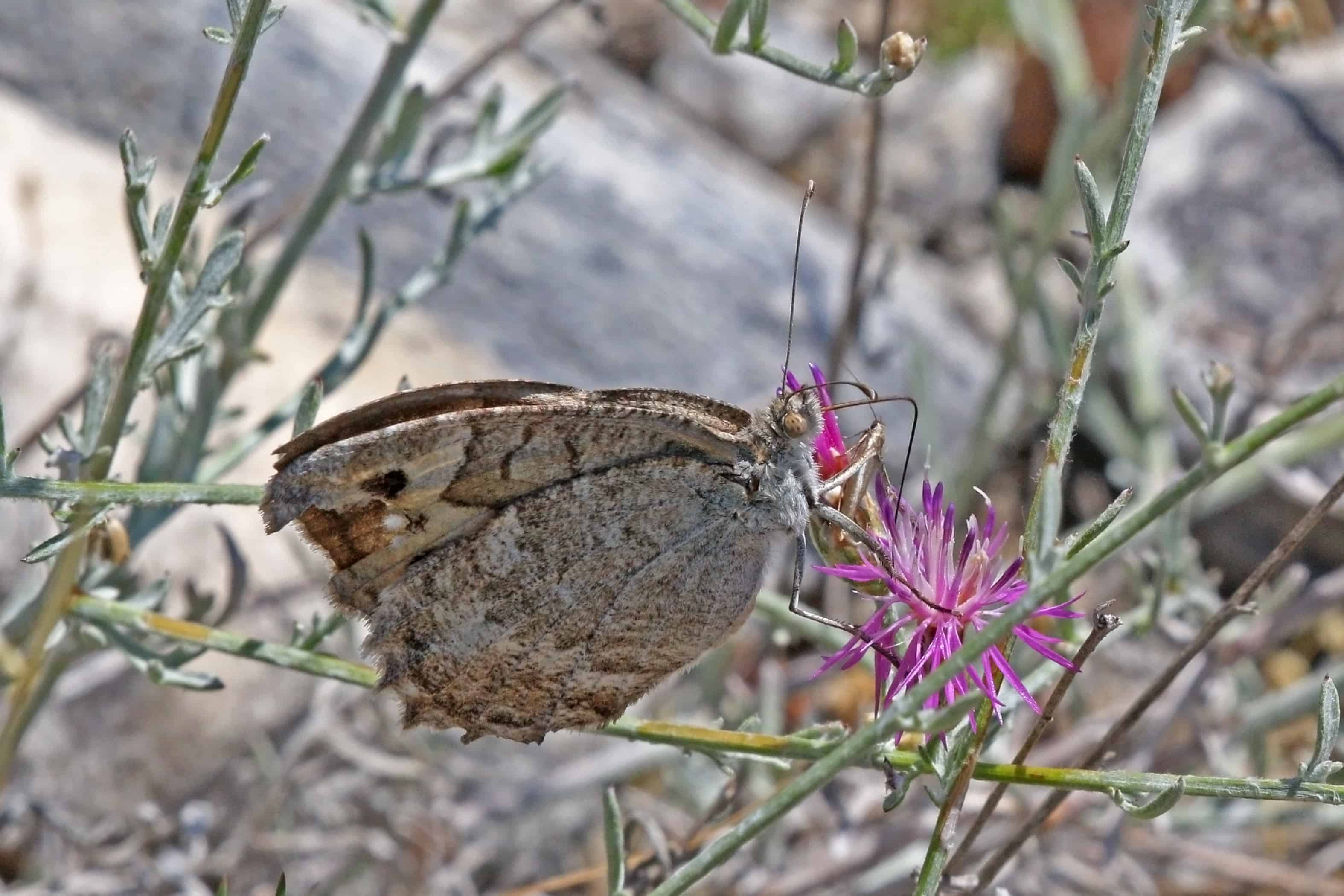 The Macedonian Grayling is listed as a critically endangered species by the IUCN Red List, with its current population unstable and decreasing. This rare European butterfly is only found in the village of Pletvar in Macedonian and it is estimated that there are currently only about 3,000 adult Macedonian Graylings. 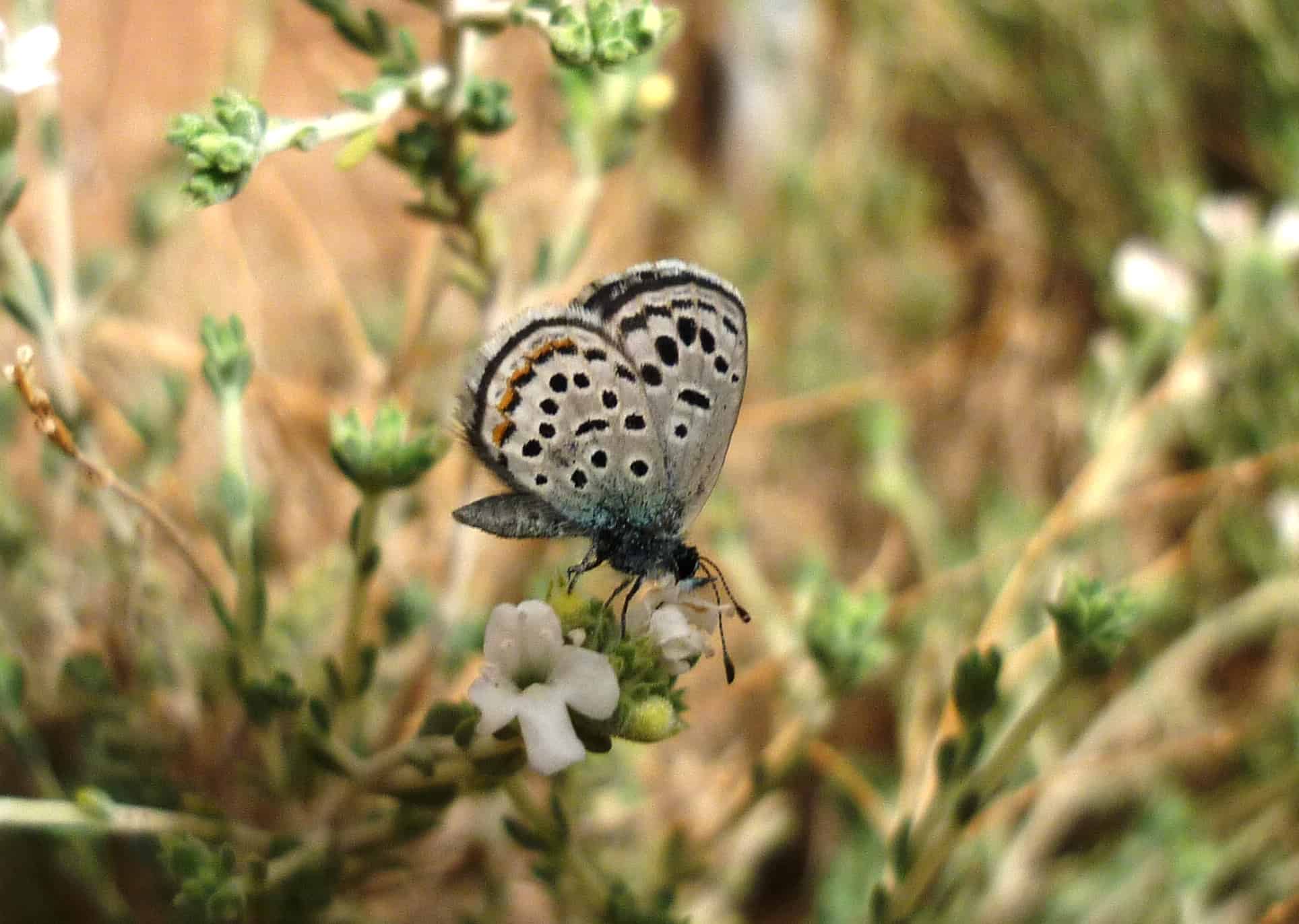 The Sinai Baton Blue is not only one of the rarest butterflies in the world, it is also believed to be the world’s smallest butterfly. Sinai Baton Blues are native to one area in the Sinai Peninsula in Egypt called the Saint Katherine Protectorate. It is estimated that there are only about 2,300 individual Sinai Bation Blue butterflies living in an area measuring 7 square kilometers (2.7 square miles).

The Sinai Baton Blue’s population is affected by the distribution of Sinai Thyme, which only grows in small patches in the mountains of the Saint Katherine Protectorate. Sinai Baton Blues were first formally described in 1975 and had not really been thoroughly observed until 2001. Conservation efforts have been established since then to ensure that the Sinai Baton Blue survives. 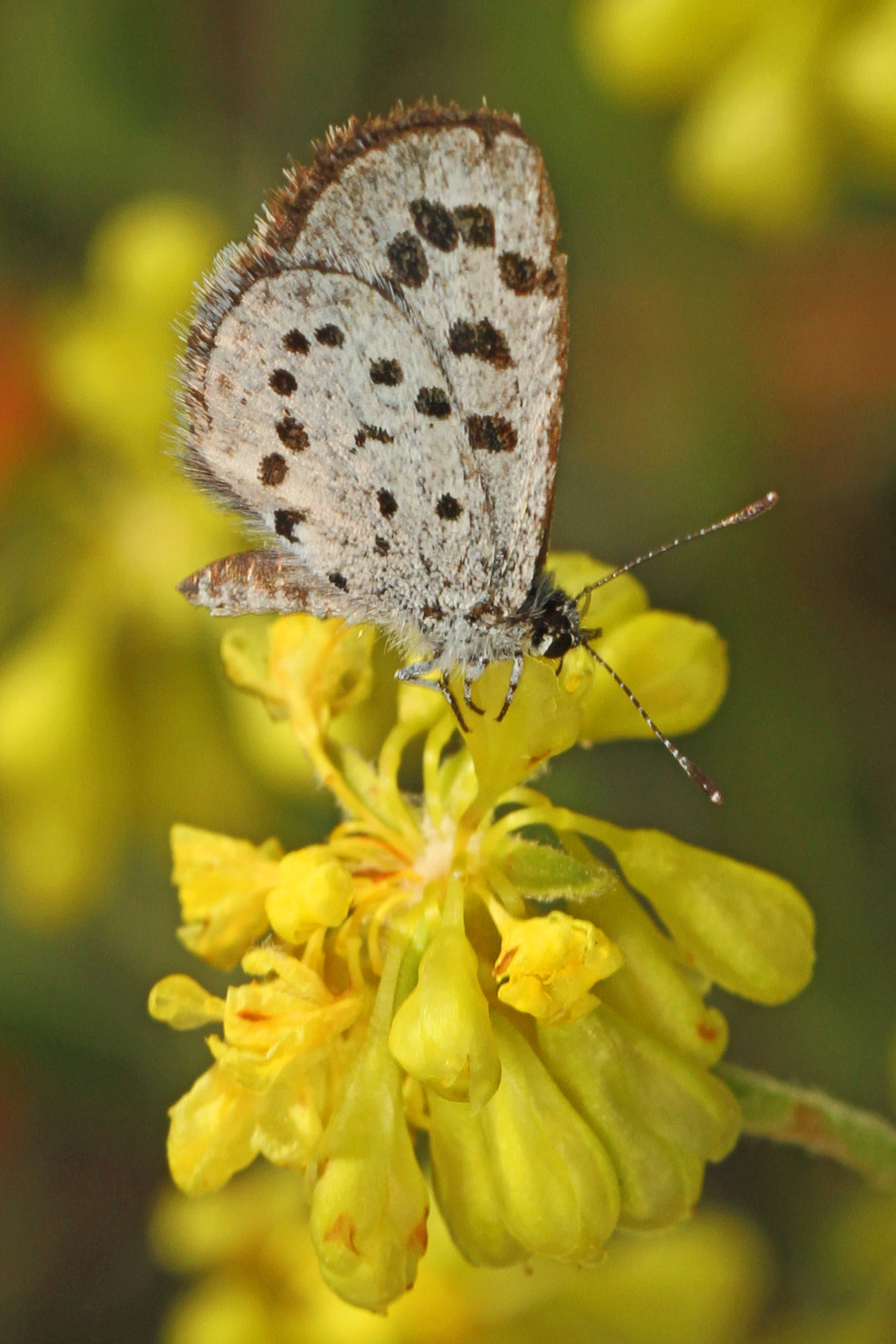 The Leona’s Little Blue butterfly was first discovered in 1995 by Leona and Harold Rice in Klamath County, Oregon. The species is only known from this single population in an area of the Antelope Desert that is only 6 square mile (15.5 square kilometer) in size. The current estimated number of Leona’s Little Blues in this one colony ranges between 1,000 – 2,000 individuals.

Leona’s Little Blue rely on the spurry buckwheat plant, which has become threatened in the butterfly’s home range due to timber management, lodgepole pine encroachment, fire, fire suppression, and invasive plants. The Xerxes Society for Invertebrate Conservation considers the Leona’s Little Blue as a critically endangered species and has petitioned the U.S. Fish and Wildlife Service to list the butterfly under the Endangered Species Act. 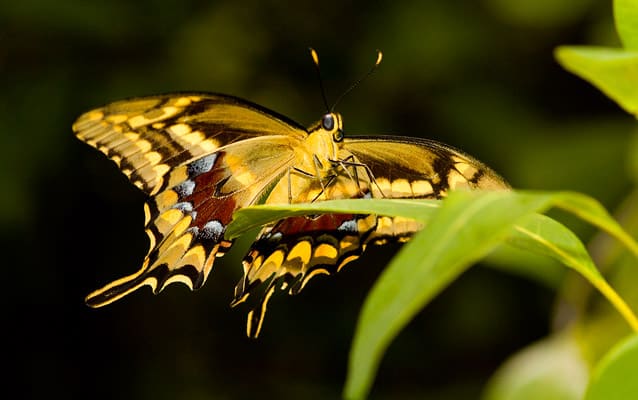 The Schaus Swallowtail was once considered the rarest butterfly in Florida with numbers dipping to just a few hundred. However, through decades of conservation efforts the wild population of Schaus Swallowtail butterflies has recovered and its current estimated population ranges between 800 – 1,200 individuals. 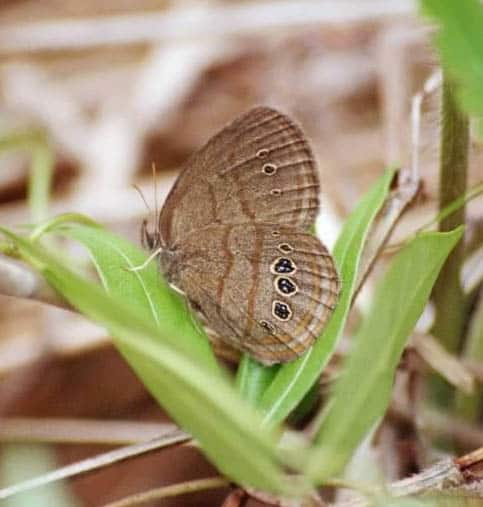 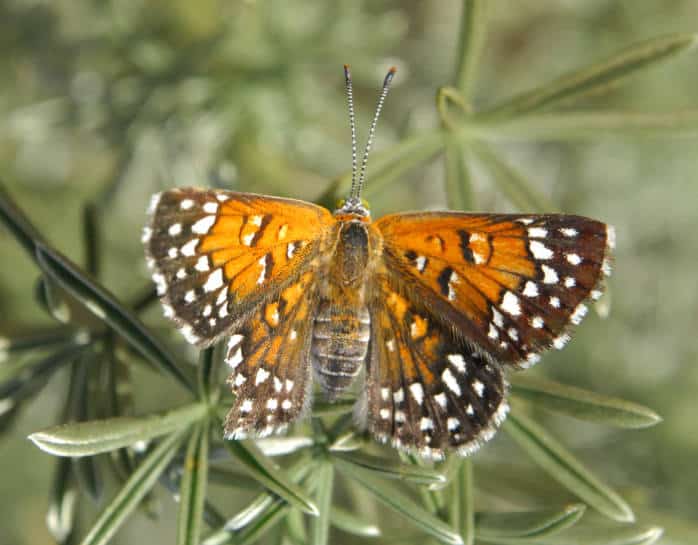 The Lange’s Metalmark is so rare because it is currently found in only one habitat, the Antioch Sand Dunes in California. The Lange’s Metalmark was first discovered in 1933 and was named by Dr. John A. Comstock of the Los Angeles County Museum of Natural History, for Henry Lange of the University of California at Davis. The butterfly is so rare that it has only ever been found in the Antioch Sand Dunes and nowhere else in the world.

The Lange’s Metalmark became an official federal endangered species in 1976 and several efforts have been made to stabilize the species’ population. One of the main reasons for the Lange’s Metalmark’s rarity is because the butterflies will only lay eggs on one specific type of buckwheat, a subspecies called naked buckwheat. 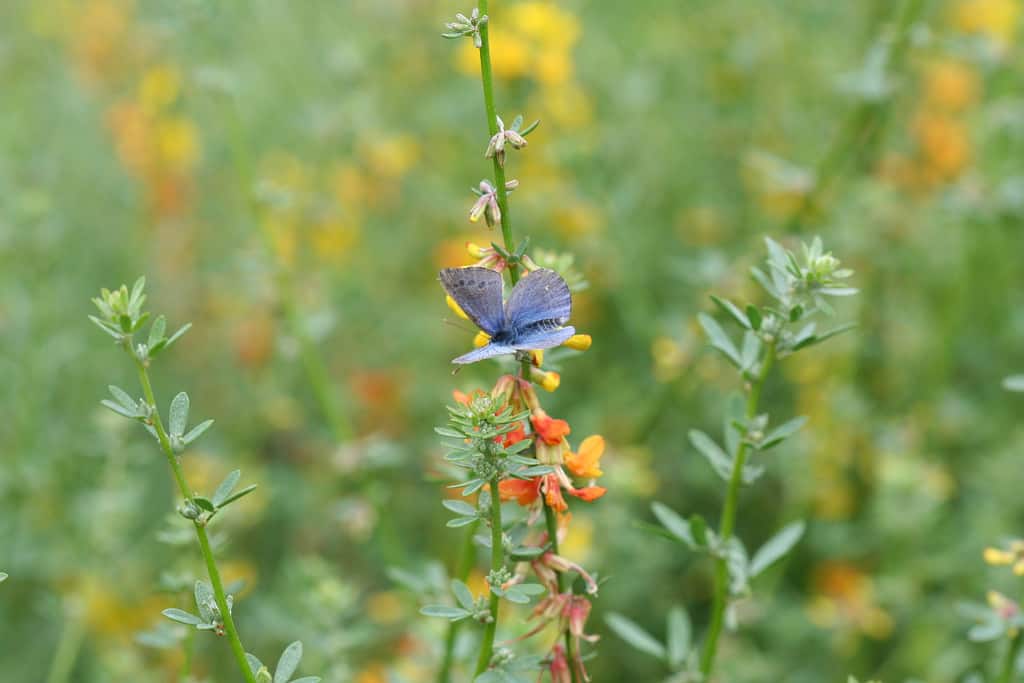 Since then, conservationists have started a program to make sure that the Palos Verdes blue doesn’t disappear again. In 2009, after years of raising Palos Verdes blue butterflies in captivity, hundreds were released back in to the wild and at the time brought the species’ numbers up to over 4,500. Unfortunately, this population high was short-lived as the continuous drought in California has negatively affected the Palos Verdes blue. It is believed that only about 200 Palos Verdes blue are left in the wild, but there are about 1,450 pupa currently being raised in captivity as backup. 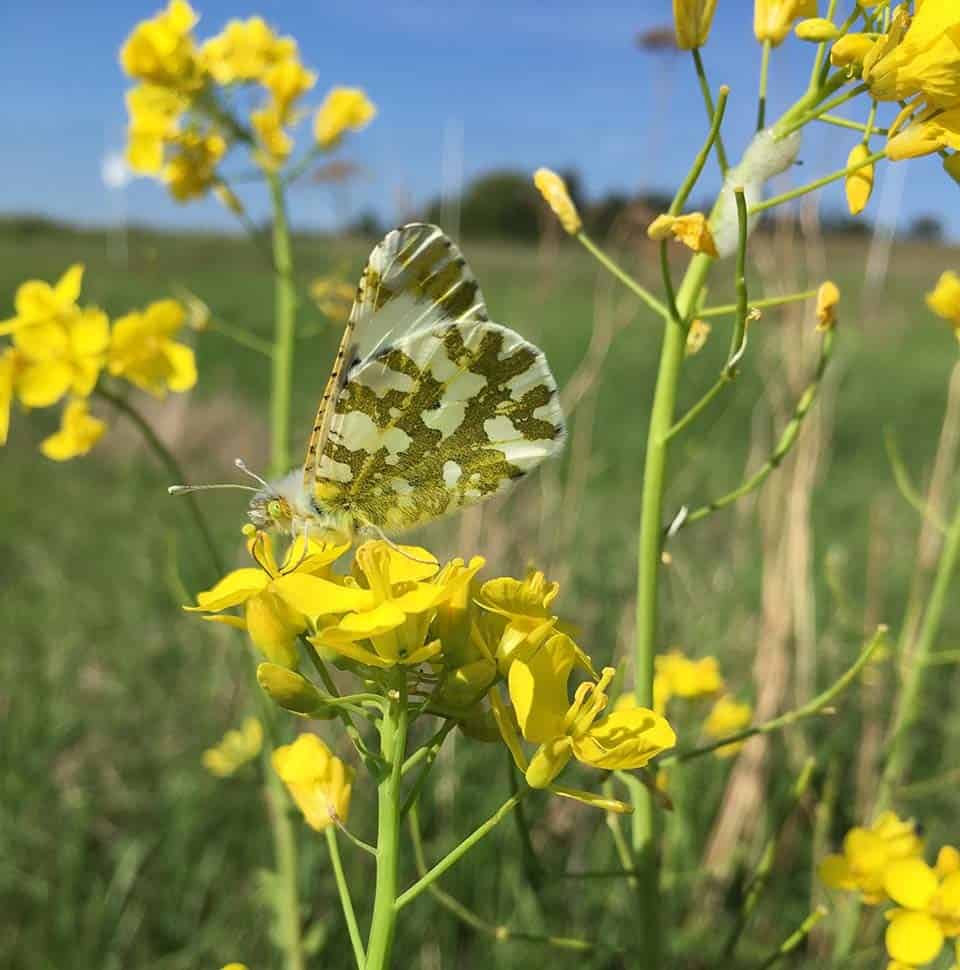 The Island Marble is such a rare butterfly that it had not been seen for over one hundred years and was declared extinct. Before being rediscovered in 1998 on San Juan Island, off the coast of Washington state, the Island Marble was last seen in Canadian Gulf Islands in 1908. Zoologist John Fleckenstein of the Washington Department of Natural Resources collected the first specimen of the re-identified Island Marble.

Currently, the U.S. Fish and Wildlife Service is trying to get the Island Marble listed as an endangered species. Although scientists have worked hard to help the population of Island Marbles grow, its numbers have continued to drop. In early 2018, it was reported that scientists only counted fewer than 200 Island Marbles at San Juan National Historic Park. 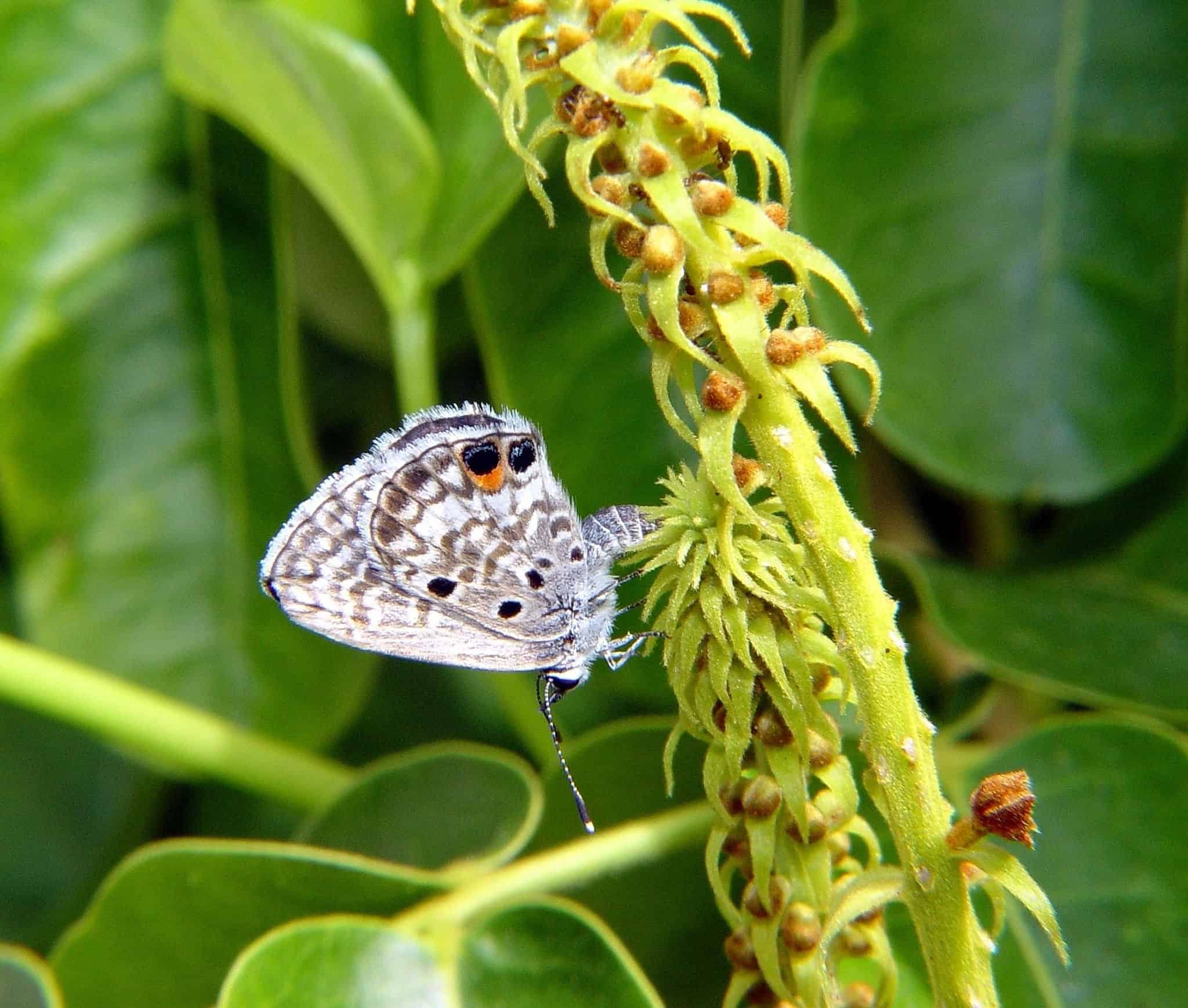 In the past, the Miami Blue was quite common and found along the coastal mainland of Florida. Today, the Miami Blue’s numbers have dwindled significantly and it is estimated that there are fewer than 100 individuals. The Miami Blue’s range has also shrunk to just the Florida Keys and with such low numbers it is the rarest butterfly in the world.

The Miami Blue has declined so severely due to many threats to its natural habitat. The butterflies’ numbers first took a major hit in the 1980s when Florida’s coastal development took off. Then in 1992, the Miami Blue was nearly wiped out completely by Hurricane Andrew. Until 1999, no one had seen any signs of the Miami Blue and it was believed to be extinct.