Soccer is one of the world’s oldest games, with its roots tracing back to Europe 3,000 years ago. It is also the world’s biggest sport, with 250 million official soccer players in the world at any one time, as well as a billion or more who play as a hobby.

What is known as “soccer” in the States and six other countries is called “football” or “futbol” in other parts of the world. Its regulation name is “Association Football.” Continue reading to learn about the most expensive soccer teams in the world by team value and revenue. 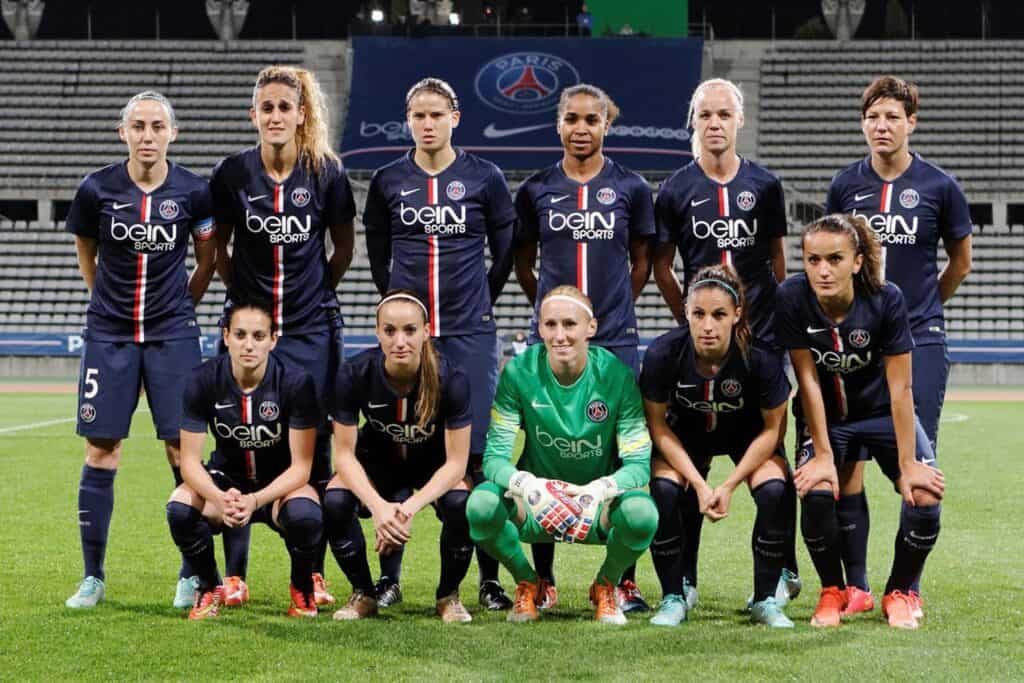 Paris Saint-Germain is the only team on this list from France. However, their contribution to the soccer world is nothing to sneeze at, with Paris Saint-Germain FC (or “Football Club”) being the 9th most valuable team in the world, valued at $2.5 billion.

Their revenue per year is $599 million, making them even more moneymaking than other teams on this list that are technically more valuable.

PSG is by far the newest team on this list, founded in Paris in 1970. Their grounds are the Parc de Princes in Paris, which seats 47,929 people. They were on the decline in the 2000s but have since come back with a vengeance, winning major European titles in the 2020s.

Paris Saint-Germain doesn’t actually have French owners. The team is owned by the Emir of Qatar, Tamim bin Hamad Al Thani, through Qatar Sports Investments, as of 2011.

Their backing/ownership turned the club’s financial fortunes around and since then they’ve become the most valuable of France’s sports clubs and the 9th most value football club in the world. 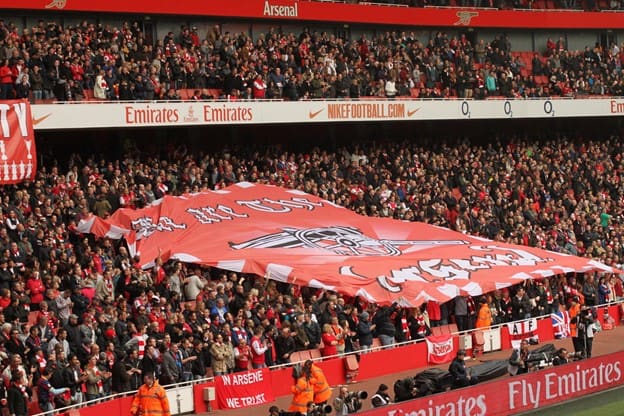 Arsenal Football Club is one of England’s top teams, also known as “The Gunners.” They were founded in 1886, making them one of those classic teams that have been playing on English fields for nearly a century and a half. They now play in the Premier League.

To its name, Arsenal FC has won 13 League Titles, 2 League Cups, 14 FA Cups, 16 FA Community Shields, as well as a European Winners’ Cup, an Inter-Cities Fairs Cup, and a League Centenary Trophy. They are worth $2.8 billion and pull in a yearly revenue of $430 million.

In 1893, Arsenal FC was the first team from the South of England to enter the Football League. By 1904, they were playing at the First Division level. They have only dropped from that top league once in 1913, giving Arsenal the longest time in the top division of any football team. 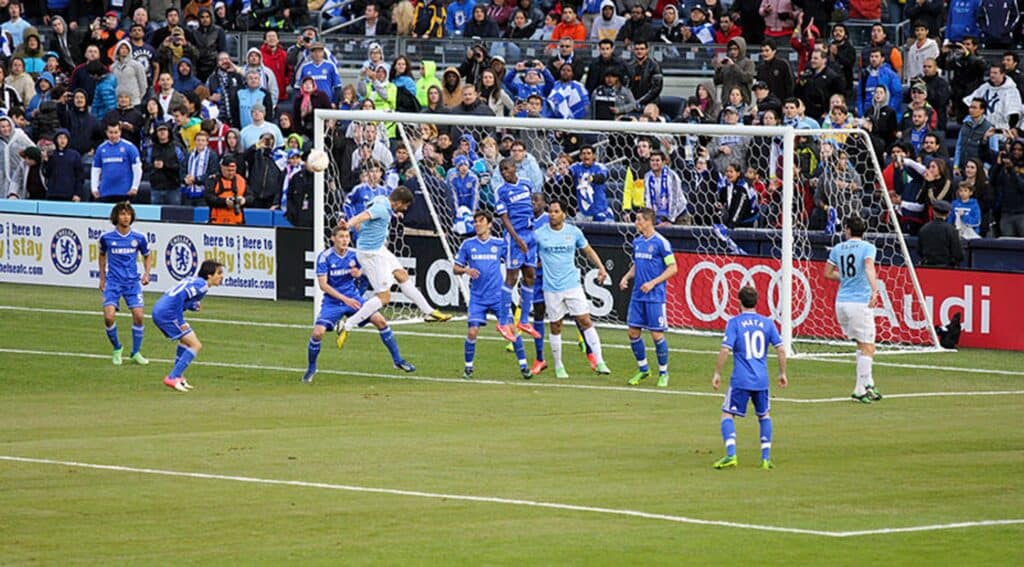 The Chelsea Football Club was founded in Fulham in West London in 1905. They compete in English football’s Premier League. The team is now valued at $3.2 billion and pulls in a yearly revenue of $520 million.

They play at the Stamford Bridge stadium, which has a 40,834 seating capacity, making it the 9th largest football venue anywhere. The team won the League Championship in 1955. Since then, they have won 7 FA Cups, 4 League Cups, 5 Premier League titles, 2 UEFA Champions Leagues, and 1 FIFA World Cup.

The Chelsea team has had its biggest successes within the last two decades. They are now one of only 5 teams in the world to win all three of the main club competitions through the UEFA. 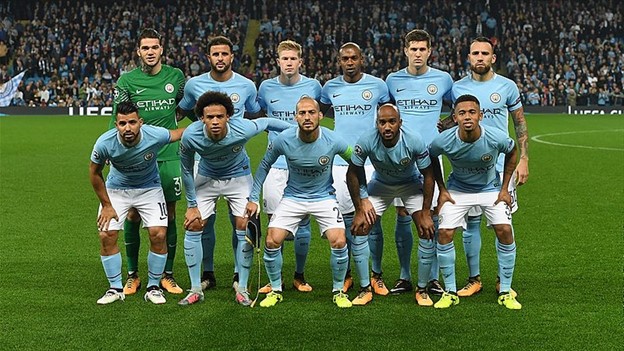 The Manchester City Football Club is a 142-year-old soccer team that plays out of the City of Manchester Stadium in Manchester, England. They’re one of two world-famous Manchester football clubs (see below). This one is valued at $4 billion, with yearly revenue of $609 million.

They’ve been playing in the Football League since 1892, winning the European Cup, FA Cup, and League Cup over the years. They were on the decline in the 80s when they eventually fell to the third tier, not coming back to the Premier League until 2001.

In 1880, Manchester City was founded as St. Mark’s of West Gorton. In 1887, they were renamed the Ardwick Association Football Club. In 1894, they settled on the name, Manchester City. 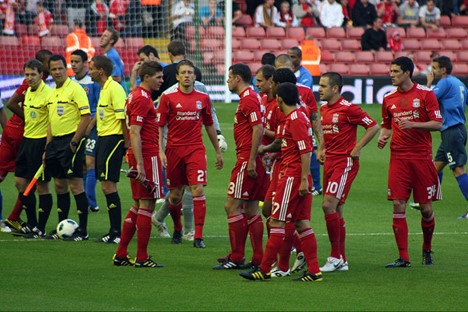 Despite not being worth as much as the next team on our list, Liverpool FC is England’s most successful football club, competing in the Premier League. They have won 19 League titles, 9 League Cups, 8 FA Cups, 6 European Cups, and 15 FA Community Shields.

Liverpool FC was founded in 1892 and was a member of the Football League by the next year. They’ve been playing at Anfield ever since. The stadium has a 53,394-person capacity. “You’ll Never Walk Alone” is the Liverpool FC anthem.

Two major disasters have invaded the lives of the Liverpool FC spectators. The first was at the 1985 European Cup when a wall collapsed at Heysel Stadium, cornering a group of spectators, and killing 39 people.

The second is the Hillsborough Disaster, when the fenced standing terraces around the stadium kept a crowd of fans from escaping while the crowds moved against them, killing 97 Liverpool fans. 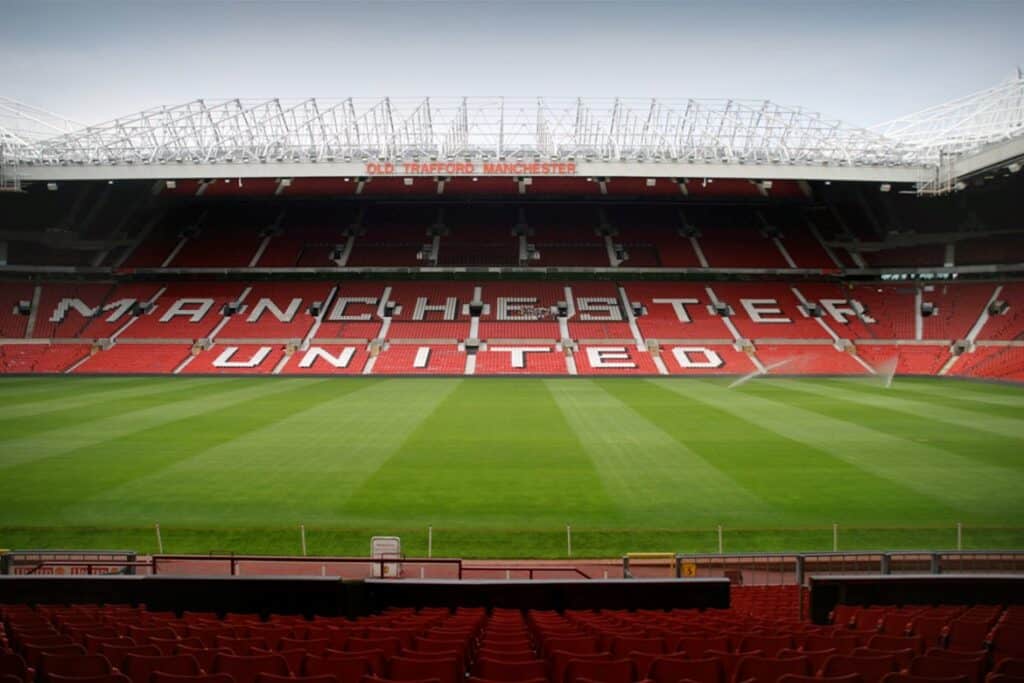 The Manchester United Football Club is nicknamed the “Red Devils” for their incredible performance. It was founded back in 1878 as Newton health LYR, making them one of the oldest soccer teams around. Since 1902, they’ve been known as Manchester United. They currently take in $643 million a year.

Manchester United is now worth $4.2 billion. It has won records in many leagues, including 20 League titles, 5 League Cups, 12 FA Cups, and 21 FA Community Shields, for which it has the world record.

The Munich Air Disaster in 1958 was a tragedy in which Flight 609 from British European Airways crashed after a failed takeoff in West Germany at the Munich-Riem Airport. It was carrying the Manchester United team, 8 of which tragically died. 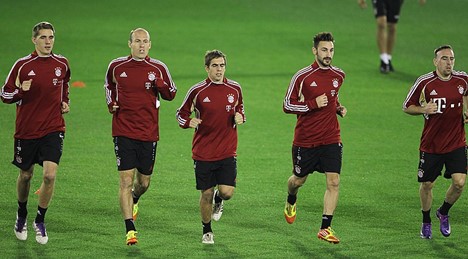 The Bayern Munich futbol club out of Germany is the last time a non-Spanish team will be on this list. They were founded by 11 football players in 1900, the most famous of which is the photographer/player Franz John. The team is currently valued at $4.215 billion.

The top German soccer league, the Bundesliga, regularly showcases the Bayern Munich FC, the most successful in the country’s history. Their accolades include 32 national titles and 20 national cups. Since 2013, they’ve won the national championship 10 consecutive times.

Captain Franz Beckenbauer led the team to success throughout the 70s on their famous run, which led to 3 consecutive European Cup wins (1974-1976). They’ve won 6 in total. 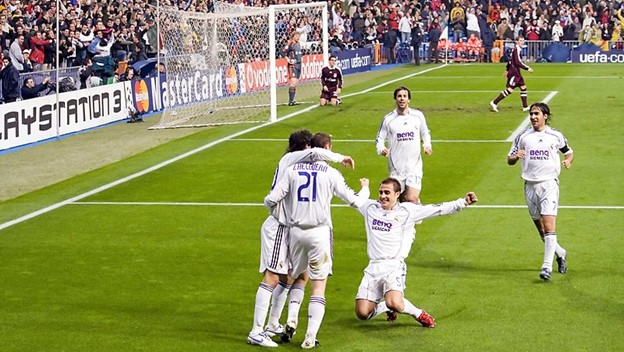 The Real Madrid Club de Futbol, sometimes just called Real, is nearly the most expensive soccer team in the entire world, valued at $4.75 billion. Annually, Real takes in a revenue of $790 million. They’re based in the capital of Spain of Madrid.

Real was founded in 1902 as the Madrid Football Club until King Alfonso XIII called it the “royal” or “real” futbol team in 1920. Since then, they’ve had King Alfonso’s crown in their logo.

Since the creation of La Liga in 1929, only three founding members have remained at the competition’s top division. One of them is Real. They were at their height in the 50s and 60s when they won five consecutive European Cups.

The most expensive soccer team is Barcelona. This futbol club out of Spain competes in the major leagues of Spanish soccer at La Liga. It was founded back in 1899 by a multinational group of players from Germany, Spain, England, and Switzerland.

In addition to being the most valuable soccer team in the world at $4.76 billion, Barcelona is the fourth richest sports team of any kind in the world. Annually, the team takes in a revenue of around $792 million.

Their colors are dark red and blue, which is why they’re nicknamed a mashed-up Spanish word for the colors, “Blaugrana.”

Barcelona’s competitive record is incredible, with 75 major trophies to its name, including 26 from La Liga, 13 from Supercopa de Espana, 31 from Copa del Rey, 3 from Copa Eva Duarte, and 2 from Copa de la Liga. For most of these competitions, Barcelona is the record-holder in terms of these awards.