There are 32 teams in the NFL, which has been around since 1920 and without any competition since it merged with the American Football League in 1970. Of all the sports leagues in the world, the NFL has the highest average attendance.

Among its many games, NFL ticket prices rise to match the high demand for that attendance, with some games this season reaching all-time highs. Continue reading to learn about the most expensive NFL tickets that you can buy. 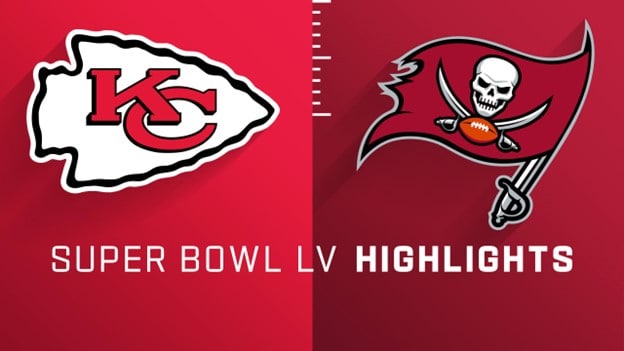 Raymond James Stadium in Tampa, Florida is the home field of the Tampa Bay Buccaneers. On October 2, it will host the Chiefs at Buccaneers, a game whose average ticket price is currently $1,316. On the high end, the best seats to this game will cost $5,949.

The Bucs will play their 47th season in the NFL this year, the first under their new coach, Todd Bowles. General manager Jason Licht will be returning for his 9th season. The Chiefs will be playing their tenth season under their coach, Andy Reid, and their 53rd in the NFL.

This season marks the return of Tom Brady to the sport after he announced his retirement as the Buccaneers’ quarterback on February 1, 2022. He announced his return on March 13, which caused restructuring throughout the team’s lineup. 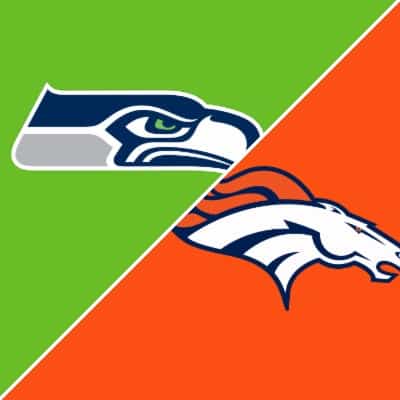 The Broncos at Seahawks is a game that will take place on September 12 at Lumen Field. It will have a ticket price of $6,729 on the high end and a high average price of $1,469, which is the second highest on this list.

The Seahawks will be playing their 47th NFL season this year, as well as the 13th under this coaching/manager team of Pete Carroll and John Schneider. This is the first time since 2011 that the Seahawks will not be playing with their starting quarterback Russell Wilson, who ironically was traded to the Denver Broncos.

This not only means they’ll be playing against a quarterback that knows them inside and out but also that they no longer have any Super Bowl winners on their roster.

Lumen Field in Seattle, Washington is the home turf of the Seahawks, completed in 2002 for $430 million. It has a seating capacity of 68,740 and can be expanded to 72,000. Lumen Field hosted the CONCACAF Gold Cup. In association football, it has also hosted the 2016 Copa America Centenario. It is slated to host the FIFA World Cup in 2026. 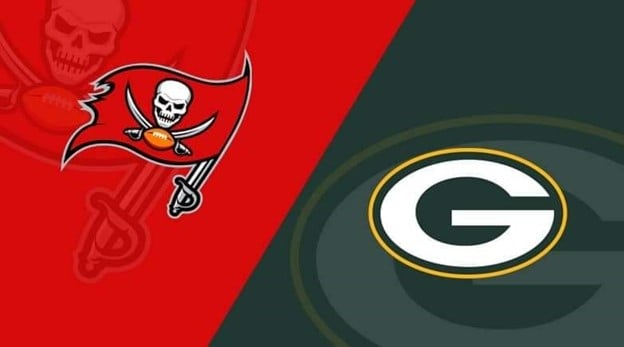 This September 25th game between the Packers and Buccaneers will be played at Raymond James Stadium. It has one of the higher average ticket prices you can buy at $1,346, with a high ceiling of $7,801 for the most luxurious suites.

The Green Bay Packers are one of the most entrenched teams in the entire NFL, with 2022 being their 102nd season. It will be the fourth they play under head coach Matt LaFleur. Their homefield is Lambeau Field in Green Bay, Wisconsin, which opened in 1957.

Raymond James Stadium in Tampa, Florida has a capacity of 65,618 people and 195 executive suites. It was opened in 1998 for a construction cost of $168.5 million. It is the home of the annual Gasparilla Bowl and Tampa Bay Bowl. 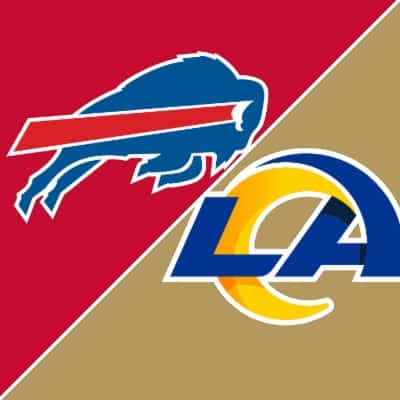 The Bills vs Rams game at SoFi Stadium in Inglewood, California has one of the highest average ticket prices you can buy. On the high end, tickets to this game cost $7,875 for the suites. The average price for the game is on the lower end of this list at $953.

This season will be the 6th for the Buffalo Bills under the management of coach and general manager Sean McDermott and Brandon Beane. It will be their 8th year owned by Terry and Kim Pegula. They’re back-to-back defenders of their AFC East championship status this season.

The Los Angeles Rams have played 84 seasons in the NFL before this one. They’ve also played in the Greater Los Angeles Area for 56 years, making them one of the most entrenched teams in the NFL. This will be the 11th season they play under general manager Les Snead. 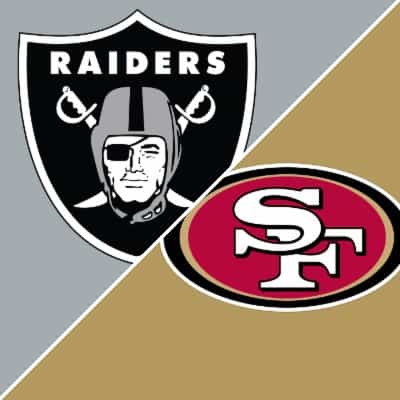 The 49ers will play the Raiders January 1, 2023 at Allegiant Stadium in Las Vegas, Nevada. This game will mark the 73rd season the 49ers have played in the NFL, as well as their 6th with general manager/head coach John Lynch and Kyle Shanahan.

In comparison, the Raiders are getting a new coach and general manager team this year, with Dave Ziegler and Josh McDaniels taking the reins for the team’s 53rd season. It will also be the third year that the Raiders will call Las Vegas their home.

The Allegiant Stadium in Las Vegas is nearly the most expensive stadium ever built, costing $1.9 billion to construct. It has a capacity of 65,000, expandable to 71,835. It’s a domed stadium, the Raiders’ home field, and a natural turf made of Bermuda grass. 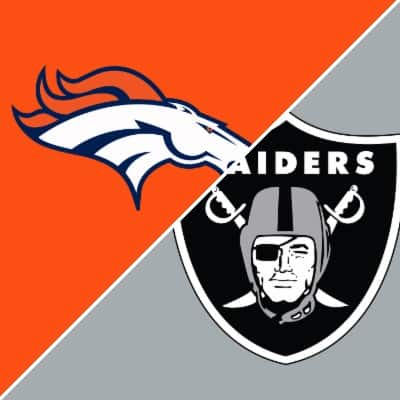 The Denver Broncos will play the Las Vegas Raiders on October 2, 2022 at Allegiant Stadium, with some of the highest ticket prices you can buy. The average price for tickets to this game in Las Vegas, Nevada is $1,370.

General manager George Paton will be taking the Broncos to their second season under his leadership at this game. Head coach Nathaniel Hackett will be proving himself for the first time. The Raiders are also debuting a new head coach/general manager. In this case, it’s a pair of coaches – the previously mentioned Ziegler and McDaniels.

In addition to the games on this list, Allegiant is also scheduled to host Superbowl LVIII in 2024. The stadium is not only the Raiders’ home field but also the home turf of the Rebels in college football. 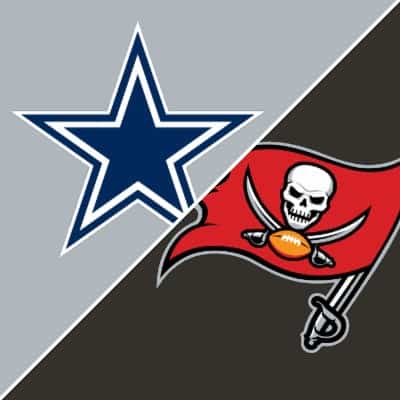 The September 11 game at the AT&T Stadium is nearly the most expensive game you can buy tickets for. The highest price for this Buccaneers vs Cowboys game is $31,185 for its best luxury suite, which is an 18-seater. It comes complete with a lounge area, kitchen, private in-suite catering, and more.

This is the second year in a row that the Bucs and the Cowboys will face off in week 1, as well as the fifth time in the history of the Cowboys that they’ve opened against the same team for two years in a row. The average price for tickets to this game is $1,199.

The AT&T Stadium in Arlington, Texas is a huge stadium that fits 80,000 people normally and can be expanded with 20,000 more. It’s the home field of the Dallas Cowboys and was built in 2009 for $1.48 billion. It frequently hosts not only NFL games but basketball, college football, and motocross competitions. 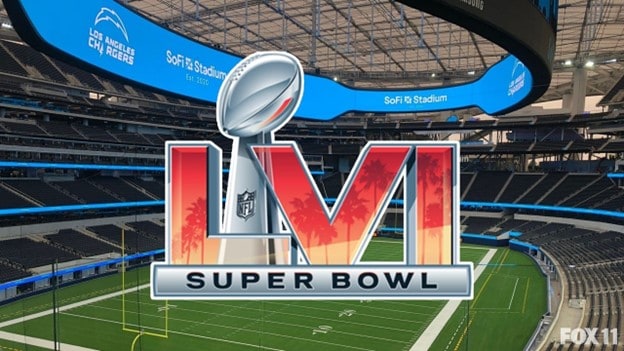 The most expensive NFL tickets are the VIP Suite Super Bowl LVI. A VIP suite at the 2022 Super Bowl cost around $1 million to $2.5 million, which we estimate to be around $100,000 or more per person on average. They varied based on the size and location of each suite.

The Perch Suite was the most selective, with only 8 available seats, by far the most prestigious and isolated. All the suites have private parking and catering to enjoy the game in style at SoFi Stadium in Inglewood, California, which is the most expensive stadium in the world.

SoFi Stadium was completed in 2020, complete with 260 total executive seats. It cost over $5 billion to develop and build, making it the most expensive stadium in the world. It seats in total 70,240 spectators but can be expanded to 100,240.