9 Most Expensive Soccer Balls Ever Sold

Soccer or football – depending on where you are – is a team sport enjoyed and played by many worldwide despite status, gender, or age. It is also among the most inexpensive hobbies you can enjoy, but the league changes if you wish to go professional.

And while the equipment varies for every club, country, or league, a soccer ball is the only necessary constant in the game. The number of companies producing and selling soccer balls is staggering, and it may seem that there are too many options to choose from.

The main difference between balls is material quality, lining, and stitching on the panels, as well as the bladder or the soccer ball balloon before inflation. The value of soccer balls varies depending on the soccer match, where the player used the ball, if it was signed by someone famous, or if it has historical heritage.

You can usually buy a modern soccer ball for around $20 to $40, but you can also cut the bag for some of the most expensive soccer balls on the market! 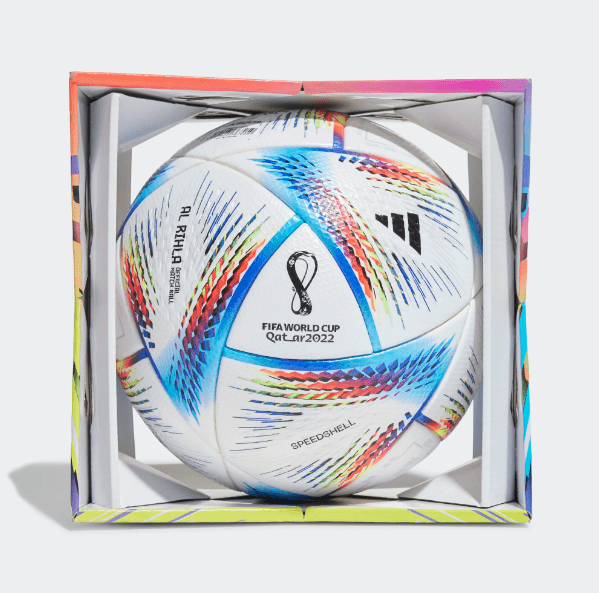 We are starting with not the most expensive soccer ball on our list, but still a valuable one to the soccer fans. The Adidas Al Rihla Pro is the official match ball of the 2022 FIFA World Cup, which will take place in Western Asia country Qatar at the end of 2022. 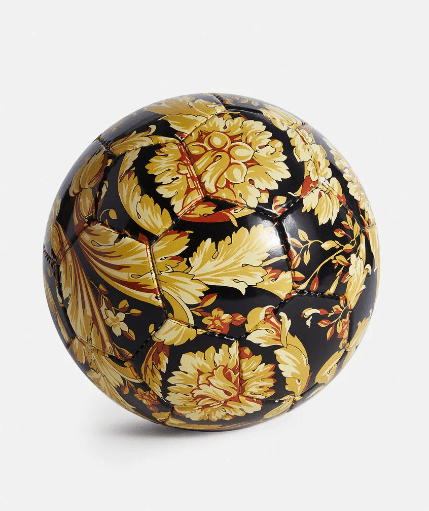 There is not much information about the Versace Limited Edition soccer ball other than it is made of 100% polyurethane. The soccer ball has the signature Barocco print on the 12-piece panels in recognizable creamy yellow, black, and dark red colors.

The ball is imported and not washable or suitable for water absorption, so it is more of a statement piece than a playable item. It is a Premier League soccer ball, with a price range of $75 to $300. The Versace ball is available on their official website for $190. 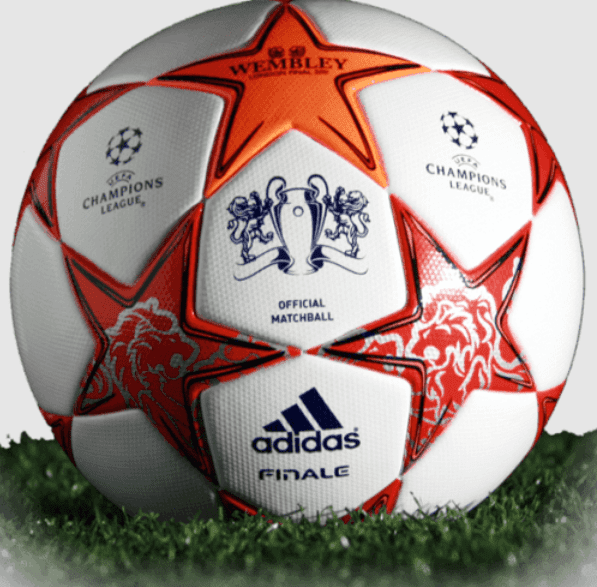 The Finale Wembley soccer ball was the official final match ball of the 2011 UEFA Champions League. This item is the only soccer ball on our list from a women’s soccer tournament, which took place in London in May 2011. French women’s club Lyon beat German club Turbine Potsdam 2-0 in the final.

When it comes to the quality of the football, it is made from a lightweight material with exclusive balance, weight, and shape preservation. The ball has star-shaped panels thermally bonded from pure polyurethane and latex bladder for elasticity. 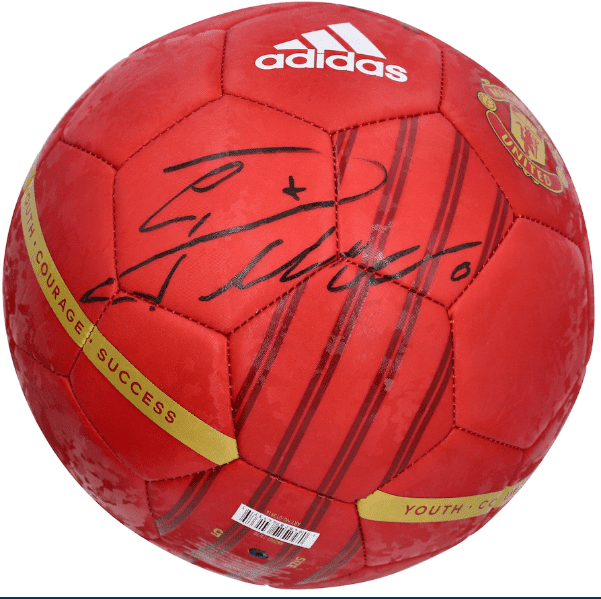 This Adidas ball does not worth much on its own, but its value increases due to Cristiano Ronaldo’s autograph, one of the most recognizable footballers worldwide. The current team for this Portuguese player is Manchester United, where Ronaldo plays as a forward.

The soccer ball in question is from the English Premier League, currently being sold on the Sports Memorabilia website for $1,100. Ronaldo’s hand-signed signature is on the vibrant red leather surface, with “Youth – Courage – Success” written on the side. 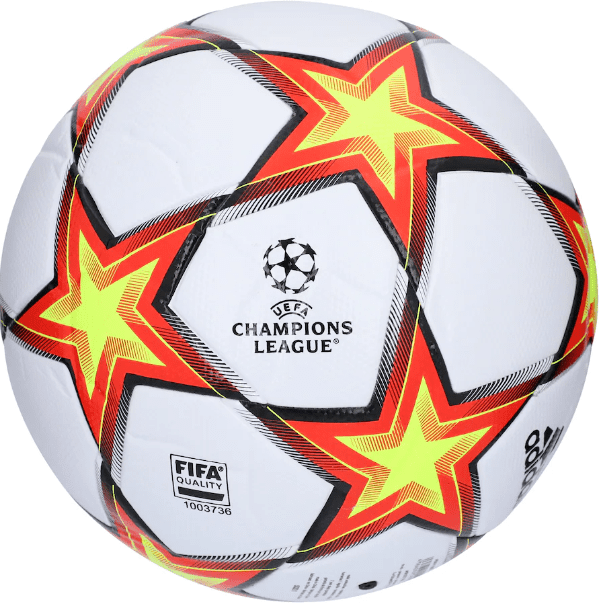 Like the previous soccer ball on our list, this autographed football has increased value due to Lionel Messi and his hand-written signature on the side. This soccer ball was signed during the 2021 UEFA Champions League, in which Lionel Messi played for Paris Saint-Germain.

Messi’s team did not play the final, but since Messi is dubbed the “new Maradona” due to his success, his signature is worth a lot more than the rest of the players. His team’s 2021/2022 season is considered disappointing since they were defeated in the 16th Round of the UEFA Champions tournament. 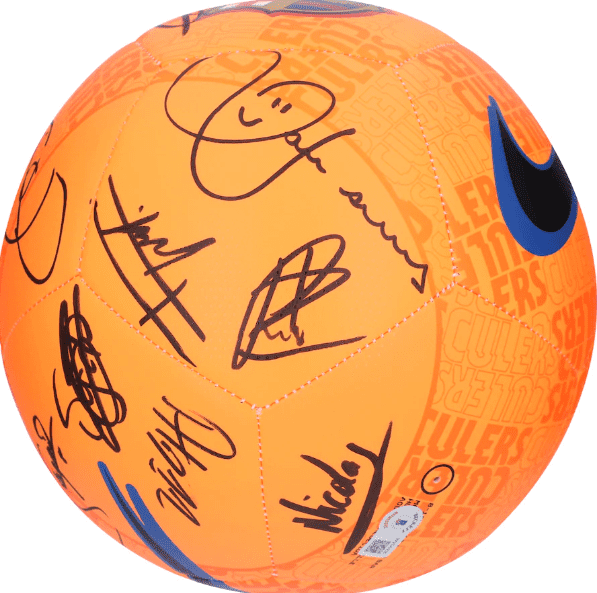 The multiple signature ball is being sold on the Sports Memorabilia website for $2,300 in pristine condition. The ball is officially licensed, with a smooth 12-panel design and rubber bladder to help with air pressure when the ball is kicked or thrown. Indeed a collectible item for Barcelona fans. 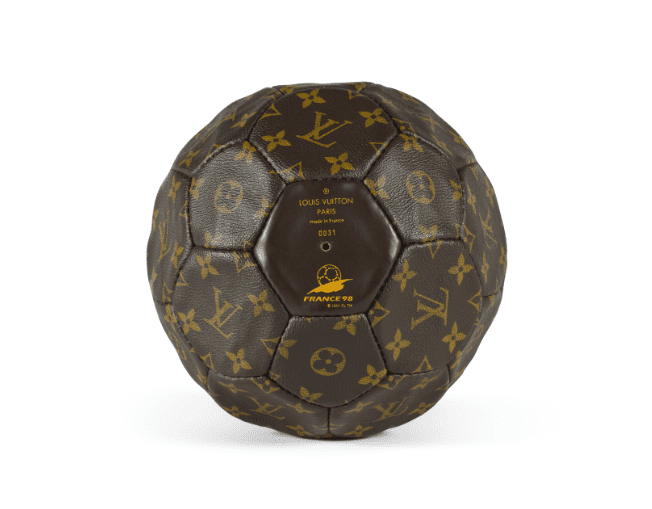 One of the most expensive footballs is the Limited Edition Louis Vuitton made for the France World Cup in 1998. The football was made from leather, in a recognizable Louis Vuitton “LV” monogram pattern, and Louis Vuitton/Paris/Made in France stamped on the bottom of the ball.

LV ball is primarily brown with some golden square details. When the brand announced the production of this expensive ball, fans were shocked by the price tag. It seemed as if you were paying for the brand name with great popularity in the modern world rather than any use of any particular material for the ball’s production. 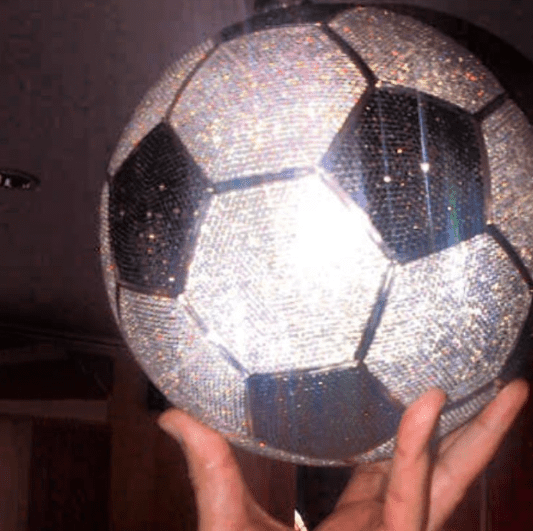 The second most expensive football is the diamond-encrusted, a quarter of a million dollars worth of soccer ball bought by French footballer Karim Benzema. According to the jeweler Dave Bling and his team, Benzema contacted them with a request to create a 1,250-carat soccer ball.

As you probably conclude, the ball is not a game option but rather a home décor piece, excellent as a conversation starter. The ball was made by a celebrity jeweler Dimitry Shimanov, also known as Dave Bling, who has worked with American rappers 50 Cent, Offset, and Drake. 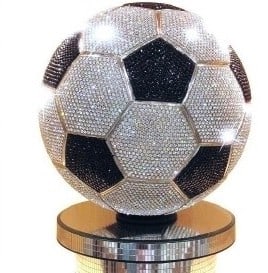 This diamond item has fewer diamonds than the previous on our list, but the value of the ball comes to 3,500 carats, making this the most expensive soccer ball. This diamond-encrusted football has 6,620 white diamonds and 2,640 black diamonds separated into the appropriate patches. It took three months to finish this creation.

This hefty football was designed for the 2010 FIFA World Cup, which took place in South Africa. The jewelry designer Yair Shimansky created the ball to celebrate the tournament. Despite this, the ball is not FIFA-approved as it weighs around 4.8 lbs, making it impossible to play a game with it.

One might wonder why people collect soccer balls, but it is more about what they represent than the item itself. These balls are a close link between the fans of the most popular sport in the world and their favorite soccer players.

They are also a materialization of their love for soccer, the memories created at the stadium, and the time spent watching soccer games. After all, these fans often say it’s impossible to describe their passion and love.

You must feel it instead. But soccer balls are among the most ubiquitous collectibles, and many people would give the fortune to own one signed or touched by their beloved player.

Thus, these items are intriguing and have a lengthy and fascinating history. Despite how surprising that may sound, the first form of a soccer ball dates to the Mayan era.

Members of that enigmatic civilization likely played an ancient type of soccer, using human heads as balls. If that isn’t shocking enough, the next stage in evolution included inflated pig’s bladders wrapped in leather.

People used outrageous materials and things to play soccer for a long time until Charles Goodyear invented the first soccer ball in 1855. Hence, this sports item had a turbulent history and transformed dramatically before becoming what we know today.

8 Most Expensive PC Cases You Can Buy

8 Most Expensive Irish Whiskey Ever Sold