The NFL was founded in 1920 and currently encompasses 32 teams in national pro football in the United States. It’s the most highly valued professional sports league in the world.

NFL teams that make it big are poised to remain multi-billion-dollar franchises for decades, sometimes even centuries. Continue reading for a list of the 9 most expensive NFL teams, which collectively are some of the most expensive franchises in any sport anywhere in the world. 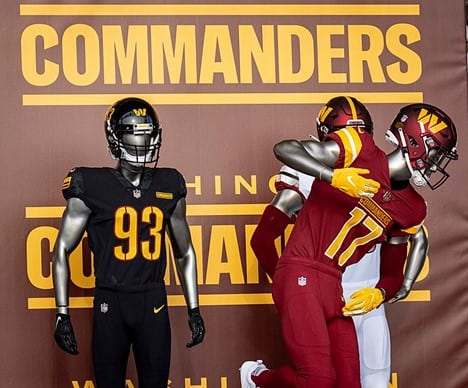 The Commanders have won the Super Bowl three times (XVII, XXII, and XXVI). They also won the NFL championship games in 1937 and 1942 and competed and lost in two more Super Bowls. The Commanders are worth $3.5 billion, with a 23% increase in the last five years.

The two major periods of championship qualification for the Commanders happened between 1936 and 1945 and then 1982 to 1991. They have rarely reached the postseason outside of those times. 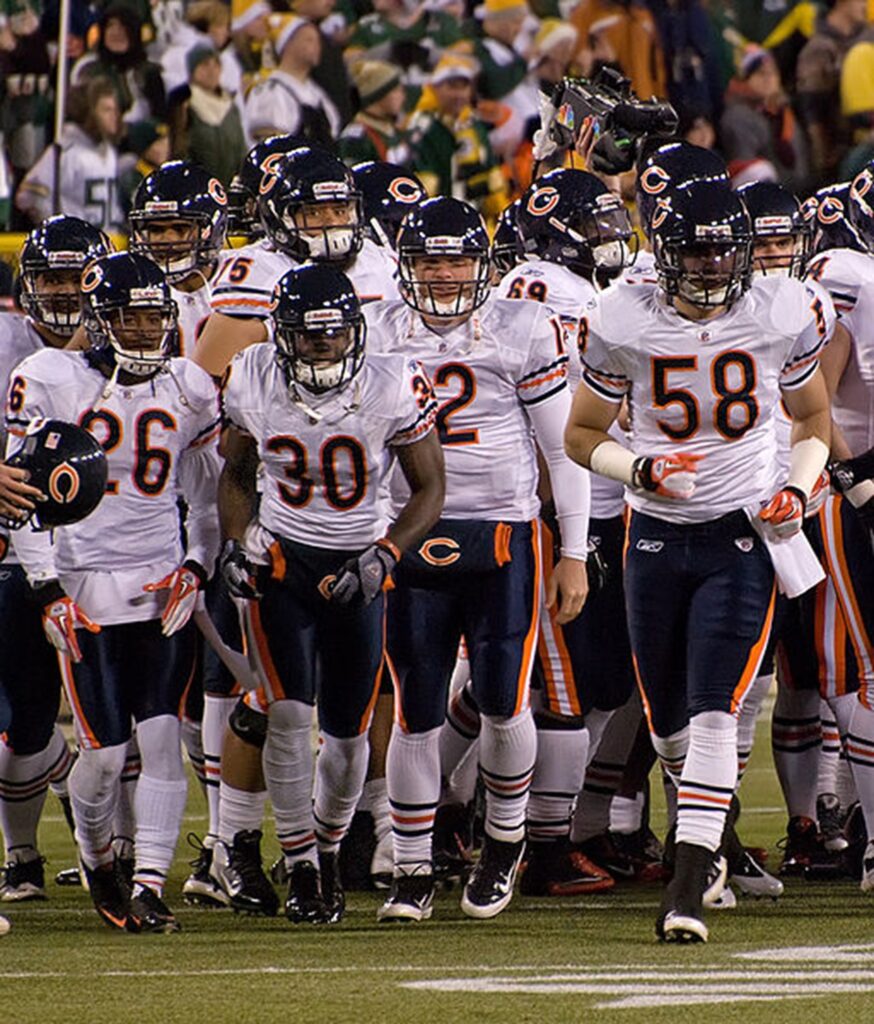 The Chicago Bears have been playing since 1920, making them one of the few NFL teams that has been playing for more than a century. They started playing in Decatur, Illinois but moved to Chicago in 1921. They played at Wrigley Field until 1970 and now play at Soldier Field on the Near South Side of Chicago, a stadium that has been around since 1924.

In history, the Bears have recorded more players in the Hall of Fame, more retired jersey numbers, and more victories than any other franchise in the NFL. They are currently valued at $3.53 billion and are still going strong, with a 44% increase from 2016 to 2020.

The NFL was founded in 1920, making the Bears one of only two remaining franchises that were there at the league’s founding. The other is the Arizona Cardinals, also originally from Chicago. 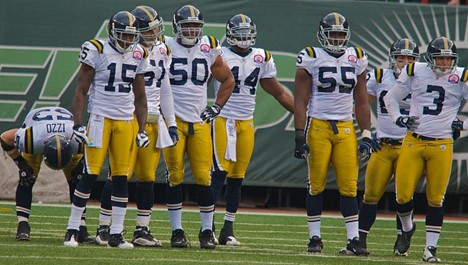 The New York Jets have been playing since 1959. They are currently owned by Woody Johnson and Christopher Johnson and play at the MetLife Stadium, which is an ultra-expensive multi-purpose arena that is part of the Meadowlands Sports Complex in New Jersey.

The Jets joined the NFL in 1970 and went to one Super Bowl (Super Bowl III) in 1968. They have since been recognized for record non-attendance at the sport’s biggest games. This includes being one of two teams to only make it to one Super Bowl and lose, as well as one of only four teams in the league to have zero AFC Championship wins. The others are the Cleveland Browns, Houston Texas, and Jacksonville Jaguars.

MetLife Stadium is not only one of the most expensive sports stadiums, costing $1.6 billion to build but also one of only two in the NFL that is the home field of two teams. In this case, MetLife is the home turf of both the Jets and the New York Giants. 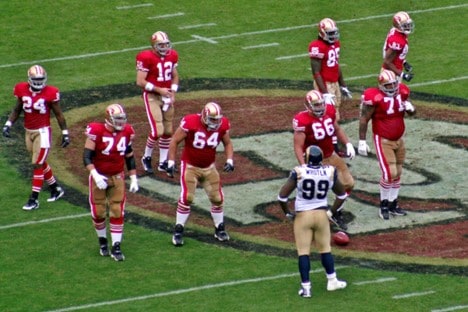 The San Francisco 49ers, currently coached by Kyle Shanahan, has been playing since 1944. The team nicknames include Niner Gang, Niner Empire, and The Empire. In 1949, they became part of the NFL, making them the first pro sports franchise playing out of San Francisco.

Their home fields have included Kezar Stadium and Candlestick Park in the past, but they currently play at Levi’s Stadium (since 2014). The franchise is currently worth $3.8 billion, with a growth rate of 41% in the last five years.

The 49ers have won five Super Bowl championships, four of which came from their streak of stellar seasons in the 80s. This was when Joe Montana, Ronnie Lott, Jerry Rice, and more became household names in football by playing for the 49ers. 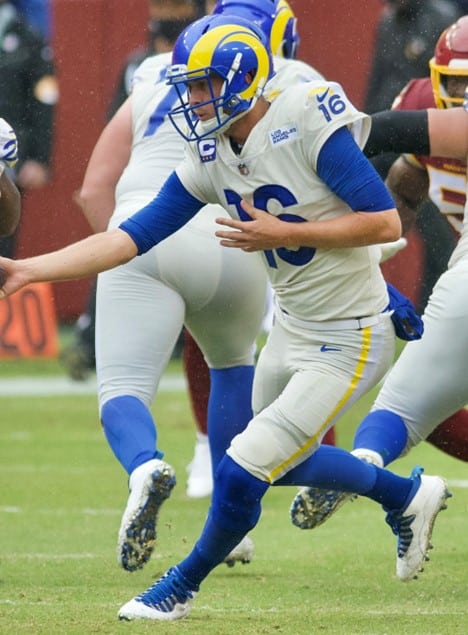 The Los Angeles Rams call SoFi Stadium their home, which cost $5.5 billion to build, becoming the most expensive stadium in the world. The Rams were founded in 1936 as the Cleveland Rams out of Ohio. They moved to LA in 1946 and made it to their first Super Bowl in 1979, losing to the Steelers.

They are currently owned by Stan Kroenke and coached by Sean McBay. The LA Rams are worth $4 billion, but with a growth rate of 176% in the last five years, they have one of the most meteoric rises in value of any franchise of the last decade. 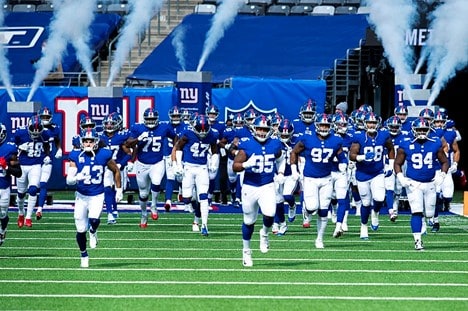 The New York Giants are one of the oldest NFL teams, one of only five that joined back in 1925. Of those, the Giants are the only ones that are still playing, making them one of the most well-established teams in the league.

The Giants play at the MetLife Stadium, one of the most expensive ever built. They are coached by Brian Daboll and owned by John Mara and Steve Tisch. Since 2016, the franchise has grown 54% to a current worth of $4.3 billion.

The New York Giants have won eight NFL championship titles, giving them nineteen total championship appearances. Since being founded, the Giants have contributed 29 players to the Hall of Fame, including Mel Hein, Lawrence Taylor, and Frank Gifford. 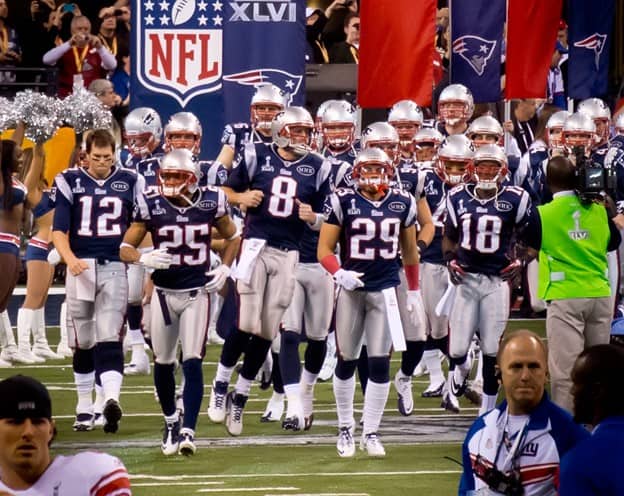 The New England Patriots have been playing since 1959. Since that time, they have won six Super Bowls, which is tied for the record with the Pittsburgh Steelers, and hold the record for Super Bowl appearances at 11. Most of these have happened recently in the famous run from 2001 to 2019 when Tom Brady and coach Bill Belichick made the Patriots a mainstay in the sport’s biggest game.

The Patriots also have the record for the most wins in a 10-year stretch, the most wins at a playoff (37), and the longest consecutive winning seasons streak (11). For all these records, the Patriots franchise is now valued at $4.4 billion.

The Patriots’ home field is the Gillette Stadium in Massachusetts. It was opened in 2002 for a price of $325 million and seats nearly 66,000 spectators. 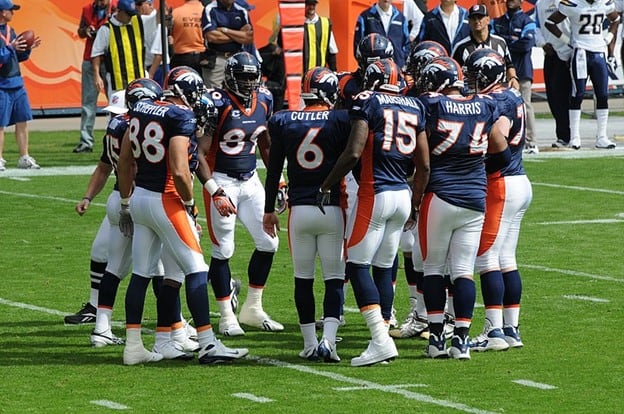 The Denver Broncos is nearly the most expensive NFL team in the nation. They have been playing since 1969 and are currently valued at $4.5 billion, up 65% in the last 5 years. The began as an AFL charter and joined the NFL in 1970. They were not competitive for years after being formed and didn’t qualify for the playoffs until 1977.

It wasn’t until the late 70s and their entry into Super Bowl XII that the Denver Broncos became known as a force to be reckoned with. Under their current owner Pat Bowlen Trust, they’ve continued to solidify that reputation.

Since the team was formed, the Denver Broncos have won three Super Bowls and eight AFC championships. They have also put eight players into the Pro Football Hall of Fame. These include Floyd Little, John Elway, and Gary Zimmerman. 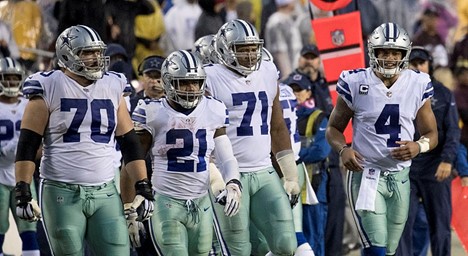 The most expensive NFL team is the Dallas Cowboys. Coming in over a full billion over the number two on our list, the Dallas Cowboys have been playing since 1960. They rose to prominence from their headquarters in Frisco, Texas after playing as an expansion team.

By 2002, the Dallas Cowboys were so profitable and popular that they sold out 190 consecutive games, an NFL record. They have made it to the Super Bowl a total of eight times, which is tied with the Broncos and Steelers for the second most (the Steelers still have the number one spot).

The Cowboys are now worth $5.7 billion and experienced 43% growth in the last 5 years.

The Cowboys call the AT&T Stadium in Arlington, Texas their home. It’s one of the most expensive stadiums in the world. Due to the omnipresence of the Cowboys’ owner, Jerry Jones, who has owned the team since 1989, this stadium is often referred to as “Jerry’s World.” 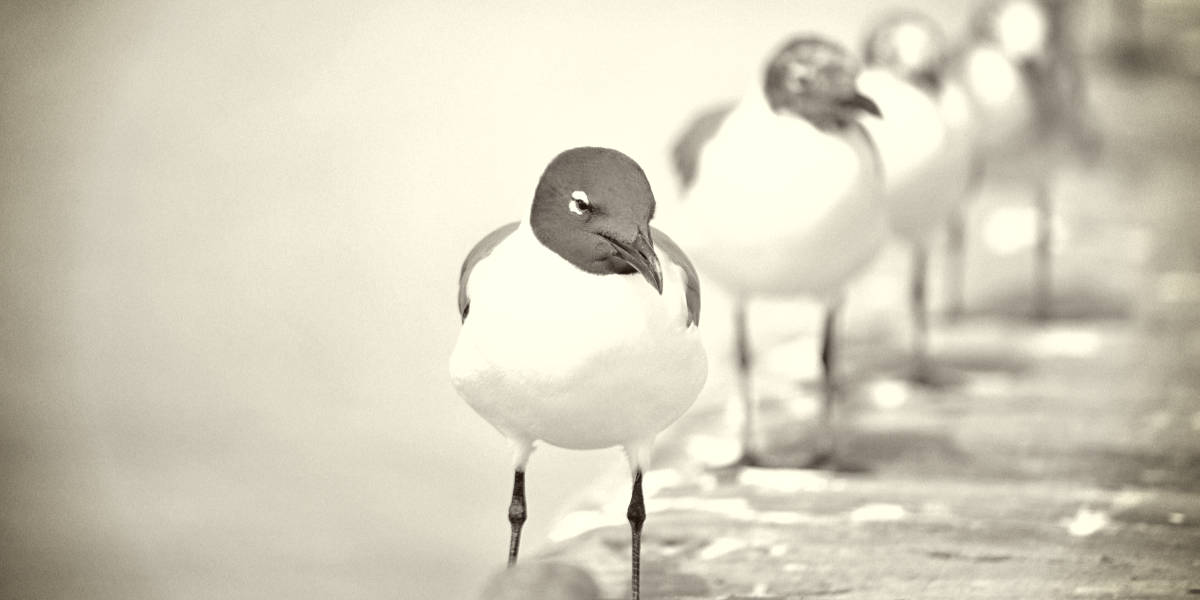