Birds are a pretty common animal found all over the world. In fact, there are at least 50 billion birds on Earth right now according to the Smithsonian. Of course with anything some species of birds are rarer, which also makes them more expensive.

In general, birds with unique plumage or other unique characteristics cost more than birds with plainer markings.

In this article, we’ll take a look at the world’s rarest and most expensive bird species — keep reading to learn more! 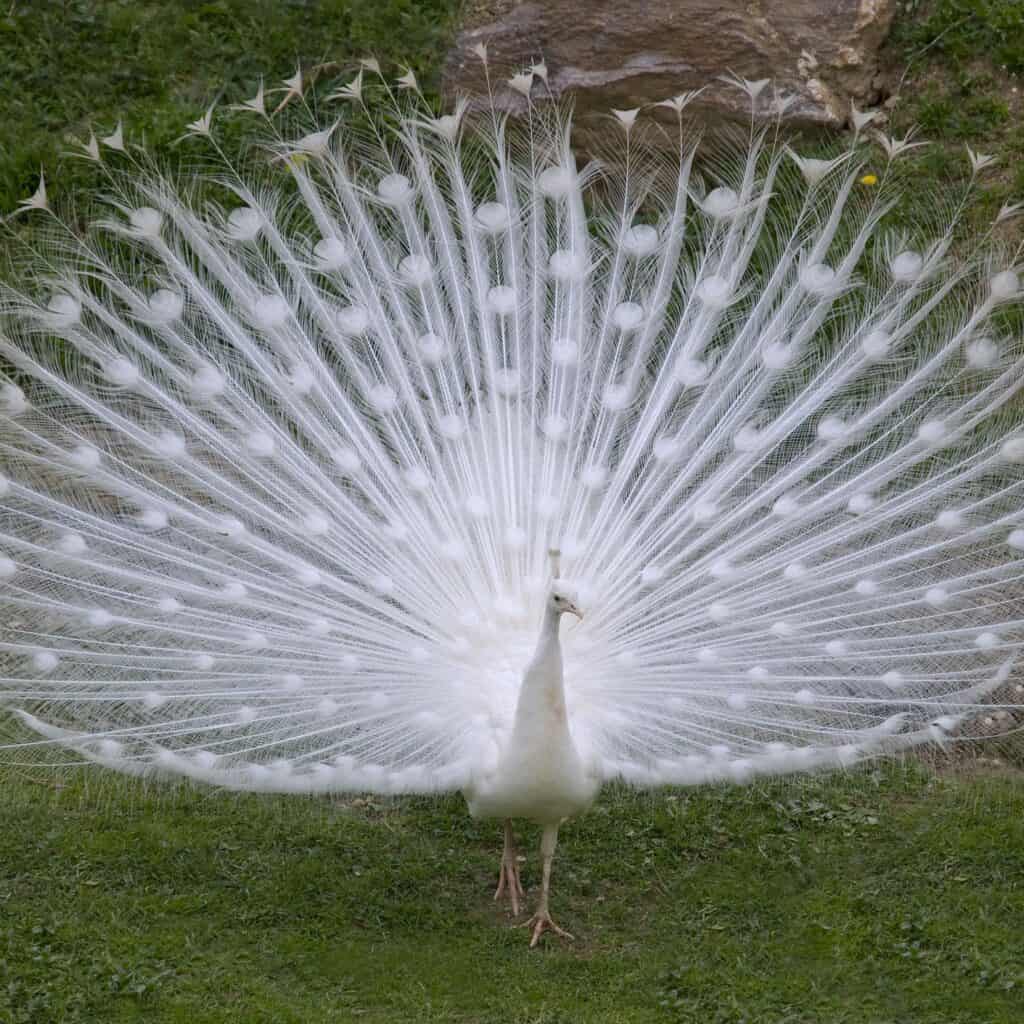 The white peafowl is probably better known as the white peacock. However, “peacocks” are technically just the male of the species.

Whatever you call them, white peafowls are beautiful birds that are rare in the wild. The species is commonly found in zoos though, so these unique birds aren’t considered at risk of extinction.

Like other peafowls, these birds are found throughout India, Sri Lanka, and Pakistan. Other peafowls are found in the Democratic Republic of the Congo.

Some people think white peafowls are albino, but they actually have a genetic mutation known as leucism. This genetic feature stops color from entering the bird’s feathers.

Although they’re common in zoos, white peafowls are still expensive. Prices depend on the specific bird you’re buying, but you’ll easily pay more than $300 for one of these creatures.

The search for peafowls in the Congo started when a single feather was found in 1913. The hunt lasted for years until the birds were officially discovered in 1936. 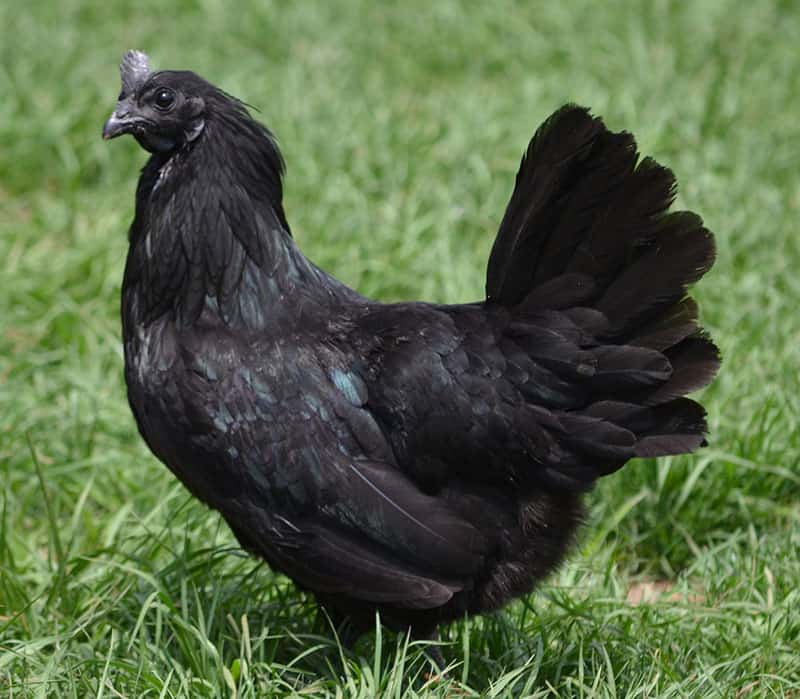 This may look like a normal chicken at first glance, but closer inspection reveals something amazing. From its feathers to its internal organs, the Ayam Cemani is (almost) entirely black. The bird is a delicacy in its home region of Indonesia, but you can also find these birds on the menu in other countries.

Although these birds aren’t listed as endangered, they are very rare. It’s super difficult to find them in most parts of the world, and they’re pretty uncommon in their homeland. As a result, these black birds are crazy expensive. One Ayam Cemani will cost you about $2,500!

Ayam Cemani chickens are famous for being “all black,” but the birds actually have red blood like other animals. 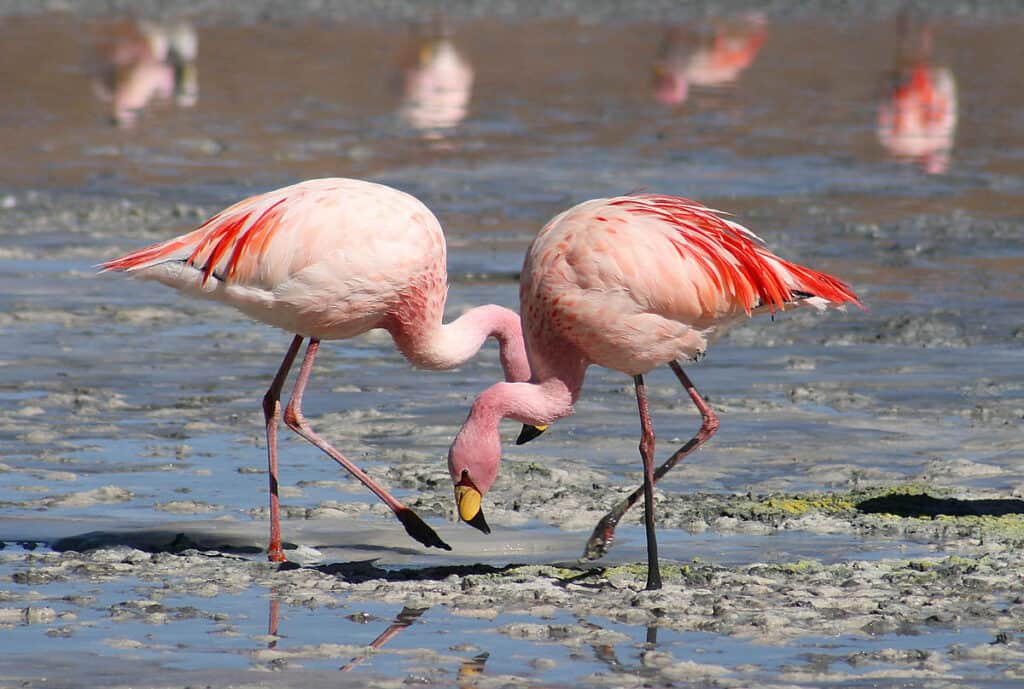 Flamingos are found all over the world, but they always live in tropical and subtropical climates. These environments are characterized by their location on the globe and often share features like humid weather.

There are six types of flamingos, and Andean are the rarest. Estimates say only 40,000 Andean flamingos are left in their home region throughout South America. In contrast, the lesser flamingo is the bird’s most common species, with as many as two and a half million across the planet. The greater flamingo is also common. This species is the most widespread flamingo, living across huge swaths of Earth.

The price of a flamingo will vary greatly depending on the species you’re buying, but many cost up to $3,500.

Flamingos live near water so they can hunt for food — but they don’t always eat fish. Flamingos regularly consume algae, bugs, small creatures like shrimp, and other organisms found in shallow waters. They may eat fish, but some flamingo species intentionally avoid water with fish populations so there’s less competition for food. 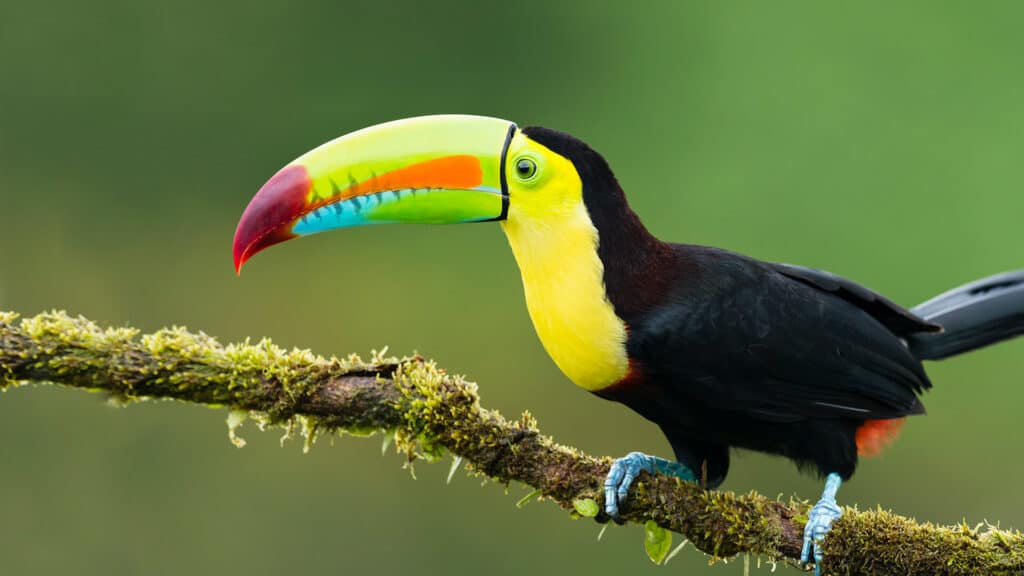 Believe it or not, toucans rarely touch the ground. They actually spend most of their time among the treetops where they make nests in hollowed-out trunks. When it’s time for lunch, these birds look for insects, tree frogs, and fruits. Some toucans even catch fish!

One of the most striking features of the toucan is its beak, which can be up to four times the size of its head!

Animal experts think the bird’s beak might help attract mates, but it could also help keep predators at bay. The large beak is also useful for catching food. Just like woodpeckers (who are actually related to toucans), the toucan’s long beak can help it reach insects and trap frogs.

Sadly, several species of toucans are either endangered or becoming threatened. The biggest threat to these impressive birds is habitat loss. As rain forests are cut down by humans, the toucan has less space to thrive.

There are around 35 distinct species of toucans. 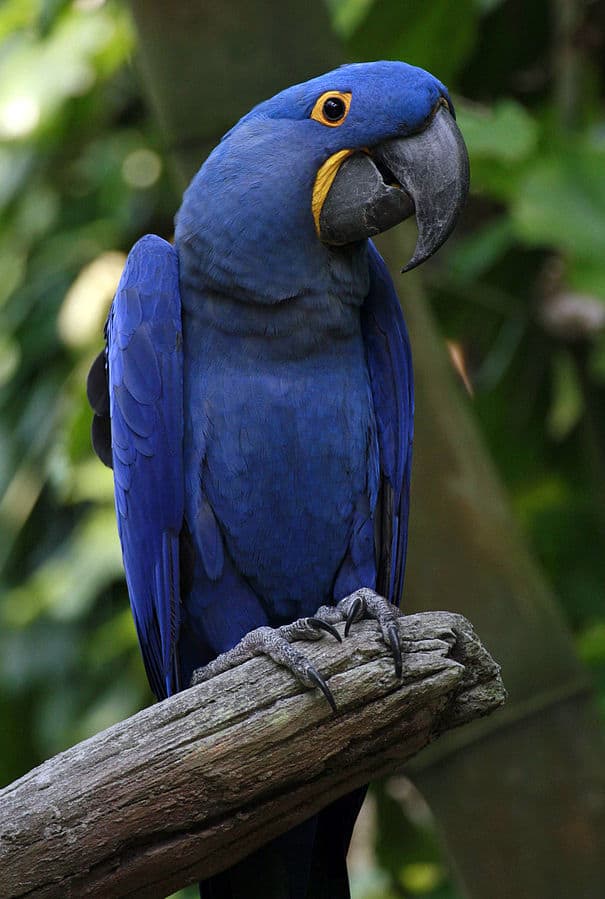 Hyacinth macaws are very rare birds. Estimates say there could be as few as 2,500 individuals left on the planet, landing these birds on the USFWS list of endangered species. The birds live in South America, but habitat loss and unsustainable collection practices are threatening their life in the region.

As a member of the parrot family, these birds tend to be very vocal and very loud. The species uses its calls to communicate, which is really important since they often travel in small flocks. Screeching may also help protect these birds when predators are on the hunt.

Since they’re at risk of extinction, it’s illegal to catch and sell wild hyacinth macaws.

These birds can be purchased when born in captivity, but it’s pretty much impossible to find them for sale on the legal market. As a result, zoos and other professional animal organizations might pay up to $12,000 for one of these rare birds.

Hyacinth macaws use holes in tree trunks as nests. 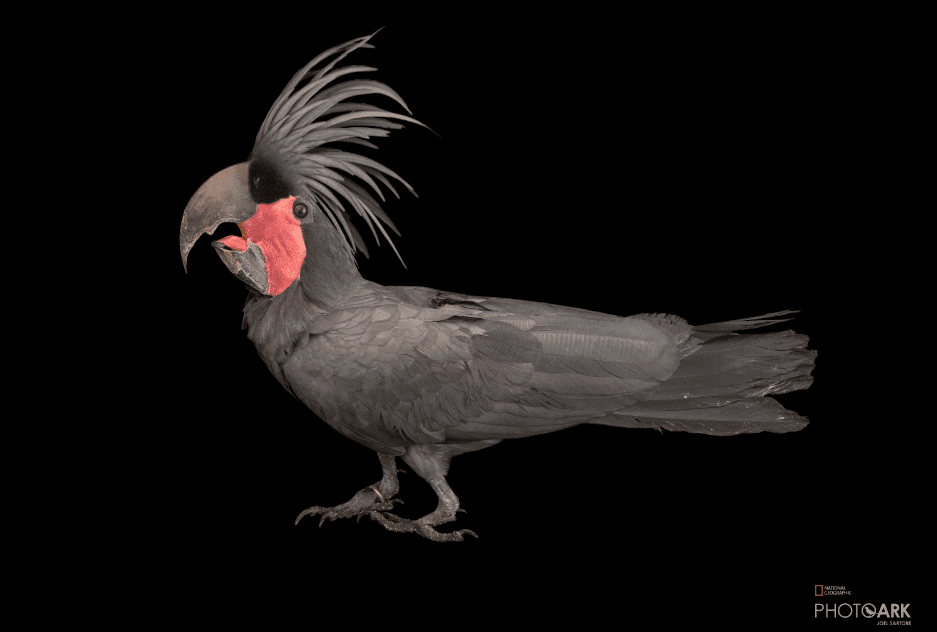 Sometimes called the goliath cockatoo, these large and rare birds are often found in Australia — although they also live in Indonesia and other nearby areas. The bird can live up to 90 years in captivity and costs about $20,000, but it’s very difficult to find them legally for sale. Black palm cockatoos were recognized as endangered by the government of Queensland, and there could be fewer than 3,000 left in the wild, so buying one of these birds is next to impossible.

As with other endangered birds, one of the biggest threats to this species is habitat loss. Thankfully, researchers say there are ways to protect black palm cockatoos, including better wildfire management.

These birds can be 68 cm tall — that’s more than two feet! 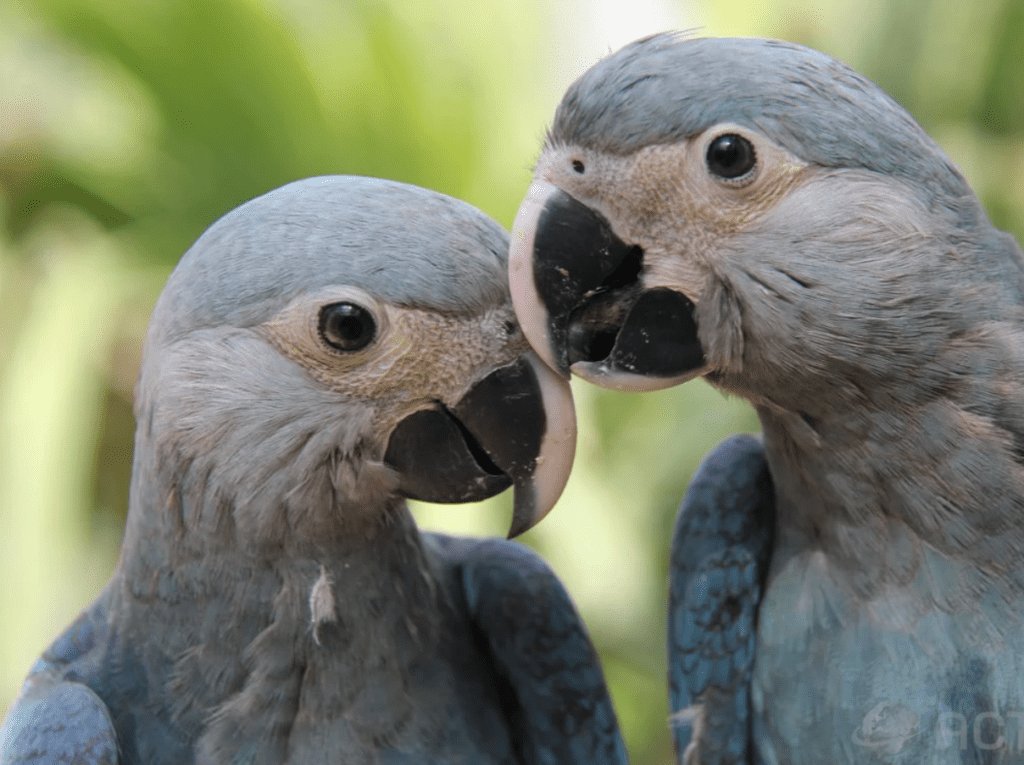 Spix’s macaws are incredibly rare. According to the Smithsonian, the bird was declared extinct in the wild in the year 2000, although one may have been spotted in Brazil in 2016. Deforestation is the leading cause of their dwindling numbers.

Whether or not they’re completely gone from the wild, these birds are almost extinct. Fewer than 200 live in captivity and breeding efforts are often unsuccessful.

Because of their critically endangered status, Spix’s macaws can’t be purchased legally. However, illegal traders may sell them for up to $200,000 — if they can find one.

The birds in the movie “Rio” are based on Spix’s macaws. 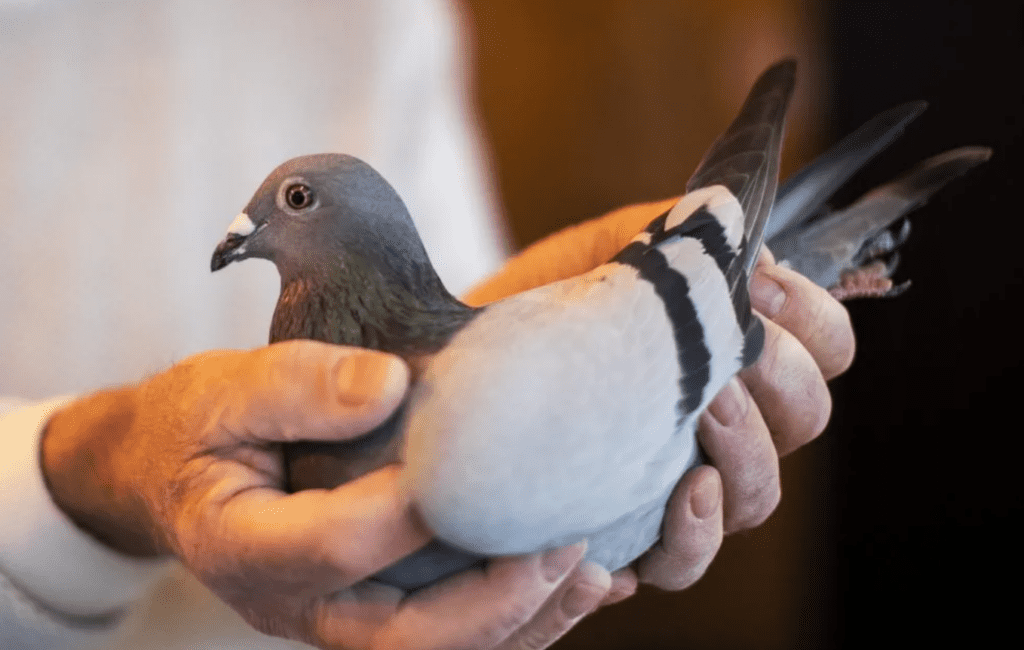 Racing pigeons are the most expensive birds in the world.

Believe it or not, some pigeons sell for thousands if not millions of dollars. Yes, these are just plain ol’ pigeons — exactly what you’d find in places like New York City. They do have one special feature though: they’re really good at racing.

Pigeon racing began in the early 1800s in Belgium. The sport is exactly what it sounds like: bird racing. Specially trained pigeons head off into the sky and race toward a predetermined finishing line. The sport grew in popularity and is still practiced today.

In 2019, one champion racing pigeon named Armando sold for more than a million dollars, making racing pigeons the most expensive birds on the planet.

The same auction that sold Armando sold another racing pigeon named Contador for $225,000.