A new fishing reel on average costs around $112, with some options as low as $50. Whether you’re buying a hand-crank model or one of the latest versions that contains a powerful electric motor and other modern amenities, a fishing reel is a mandatory part of fishing, particularly when you start going after the big sporting fish.

A 200-pound tuna or swordfish cannot be caught with your local tackle store’s value reel. The reels on this list are the ones equipped to handle such a heavy task, the ones that go for high retail premiums because of the potential value of the catch.

Continue reading to learn about the 9 most expensive fishing reels and what you can expect to get if you decide to go all-in on one. 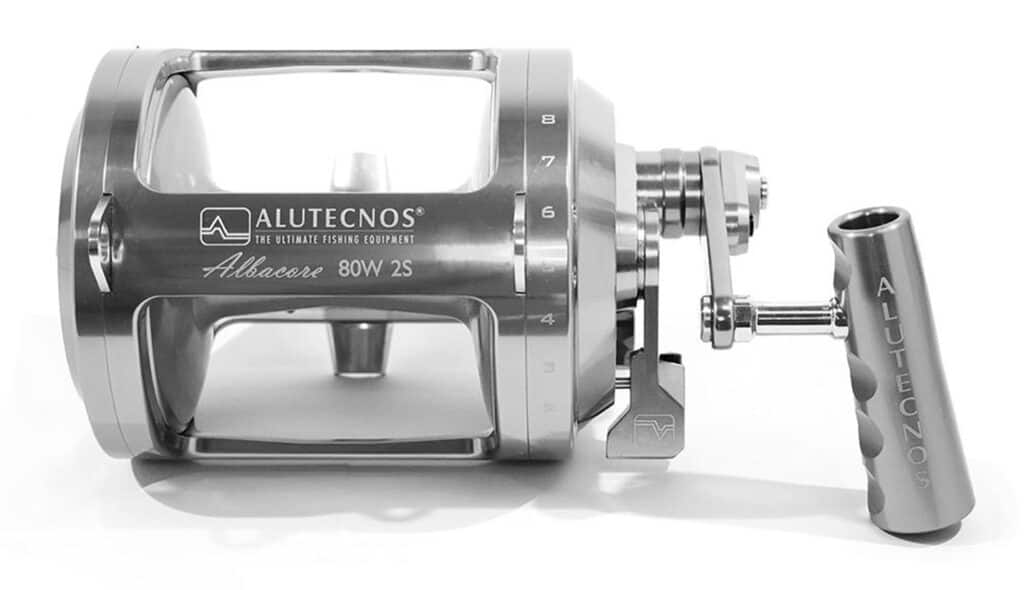 The Albacore 80 Wide Two Speed Reel by the Italian fishing gear company, Alutecnos, is an expensive reel owing to its construction. It has an infinite anti-reverse system with a two-button gear change, giving fishermen complete control over their catch.

The reel contains five protected ball bearings and a gear wheel/gear all made from tempered stainless steel. The drag washer is made from an advanced carbon composite for durability, especially during a long fight against a big saltwater game fish like an albacore tuna.

The aluminum parts of this two-speed reel are ultrasonically cleaned, buffed, polished, and anodized by Alutecnos. This reel retails through Bulluna for $1,468, kicking off this list strong with a reel more than 13 times the average price.

Alutecnos specializes in selling unrepeatable reels to intense customers. This means that they want you to customize them for the model features, colors, and even the logos, if you want to get your name on there.

You can do it all by request and get your compact mechanical reel mailed from Italy, though it’ll cost you a premium to get your albacore hooked in such style. 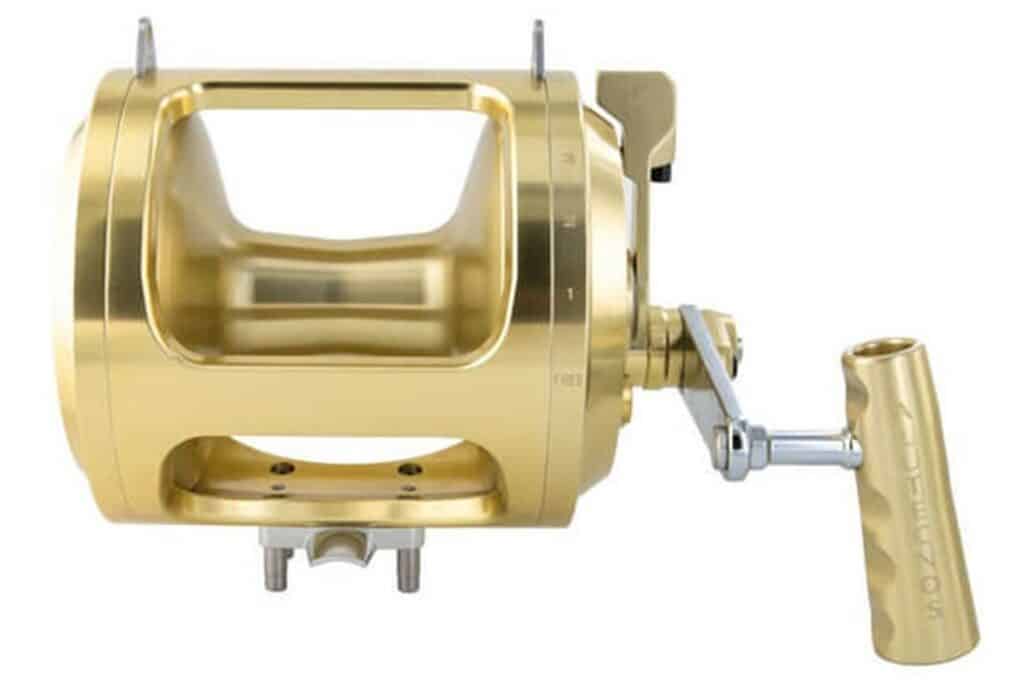 The Alutecnos 130 fishing reel is a functional and powerful way to nab even the biggest game fish. The reel is popular with big-game anglers, particularly saltwater game fishermen, because of its high retrieve rate, which can pull even large game fish out of the ocean depths.

The reel has 2-speed controls with a slick gear change that lets you fight a stubborn fish without worrying about the reel betraying you or tiring you out. This reel from Alutecnos retails from Blue Marlin Chronicles for $1,699.

Alutecnos is an Italian fishing gear company famous for its saltwater reels and fighting gear. They advertise giant game like albacore tuna and sailfish as their specialties, with not only these reels but also an array of other intense fishing accessories.

Go to Alutecnos if you plan on going after fish that are so big you need fighting belts, jackets, and secure harnesses to take them on. 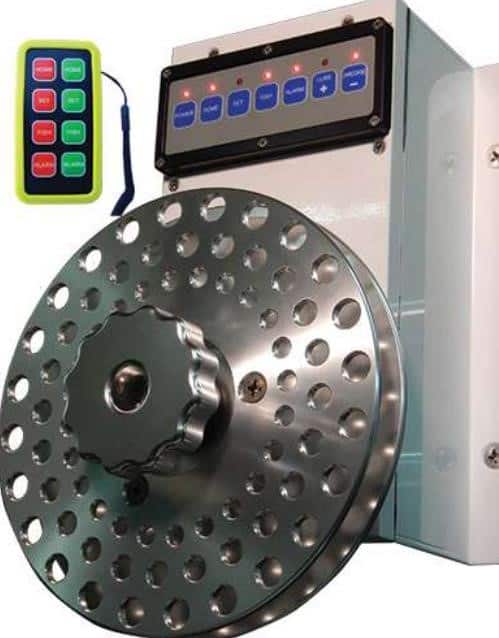 The Elec-Tra-Mate TR-3012R Computer Controlled Single Spool Teezer Reel is a beautiful piece of machinery. Elec-Tra-Mate custom-machines the reel from aircraft-grade T6 aluminum. The housing is first anodized and coated in white powder. The spools are silver-coated.

The line capacity for the spools in this reel is 300 pounds at 300 feet. The power cord is covered to protect computer-controlled features on this reel, which are connected by a wireless remote fob that gives you control over the variable speed controls.

This Teezer Reel was made to be installed under towers, hardtops, radar arches, or T-tops. This makes it ideal for custom installations in small sportfishing boats. 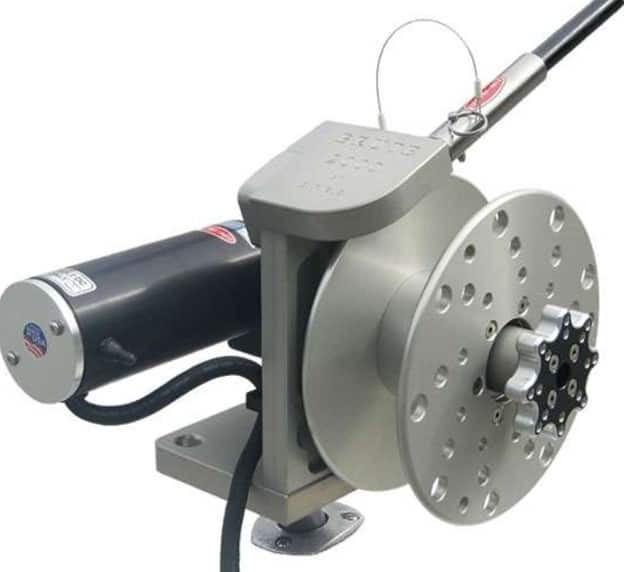 Commercial bottom fishermen looking for a professional electric reel flock to the Elec-Tra-Mate Brute 2000 Electric Reel. Switching rods and spools is simple with this reel. This is especially true for small boat fishermen who frequently go green-stick tuna fishing.

This reel by Elec-Tra-Mate can be used for bottom fishing, dredging, and down-rigging with ease. It retails for $3,069.99 through Tackle Direct.

The green stick is a 40-foot pole sticking out of the boat that elevates the line and lures above the water. The main line is hooked to a tether with a 200-pound breakaway. It’s great for angling and deep-sea tuna fishing. 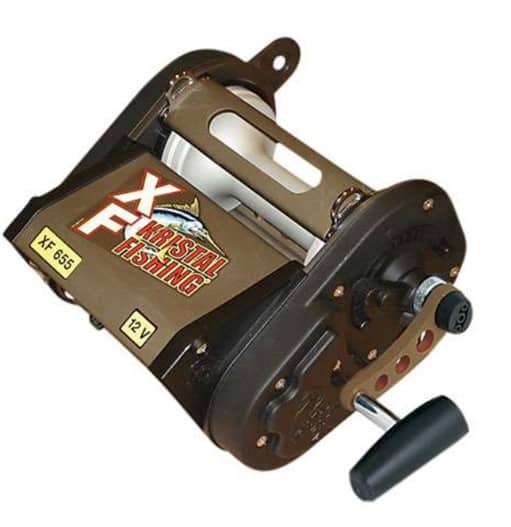 This Kristal Fishing XF 655 M Variable Speed Manual Override Electric Reel is one of the most expensive retail reels out there, but you get a lot of power for the price. This reel has a pulling power of 1,500 pounds and a line retrieval speed of 420 feet per minute.

Experts recommend using only spectra or monoline when using this heavy-duty rod, which has its own mount unit and 12V motor. It retails for $3,449.99 from Tackle Direct.

This reel is listed for deep drop fishing, dredges, and sword fishing. Kristal Fishing has been around for about 30 years, based in Italy and exporting its sports-worthy reels and gear to Spain, Greece, and France. They can now be bought anywhere. 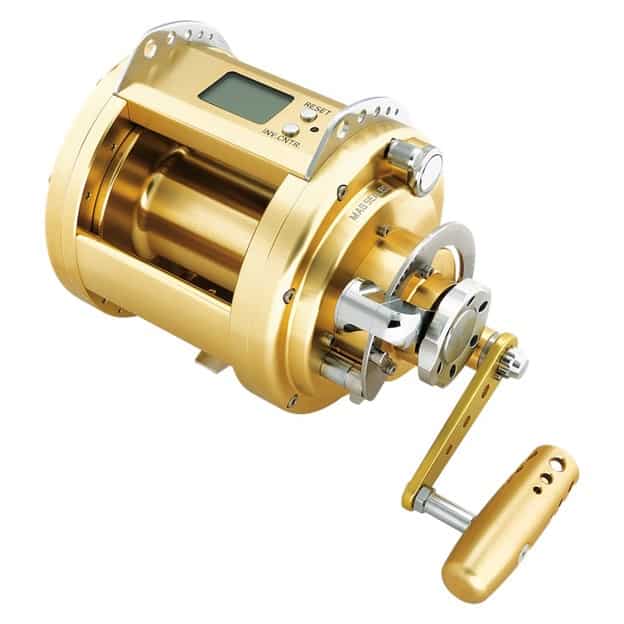 The Daiwa Marine Power Deep Drop Electric Reel is a powerful reel for deep-water fishermen who have their sights set on big gamefish like swordfish and heavy tuna. The reel can hold 1,500 yards of braided fishing line at 100 pounds.

This reel is made from high-grade aluminum containing its 12V motor. The individual reels are made from solid gold, which drives up the price of this reel to its retail value of $3,499.99.

This is a size 80 reel that can handle a 200-pound swordfish because of its 80 Kgf of winding power and its three bearings: a stainless-steel ball bearing, a roller bearing, and a super corrosion resistant ball bearing (or CRBB). 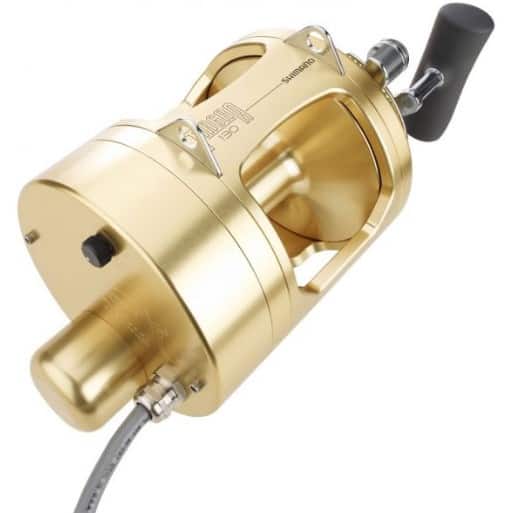 This Hooker Electric Shimano Tiagra 130A Reel is the largest reel that Hooker offers. It can pull in its line at 500 feet per minute and includes a 2-button remote that gives its user full hands-free control over the speed of the line.

The line capacity of this reel is 130 pounds at 1000 yards, with a 99-pound max drag at full speed. This Shimano Tiagra reel by Hooker Electric retails for $3,848.

Thomas Sandstrom has been perfecting reels through Hooker Electric for years, focusing on the lightness as well as the compact design. Hooker makes not only electric reels but also kite reels, bandit reels, bait pumps, deep drop reels, swordfish reels, and more, including this Shimano Tiagra reel. 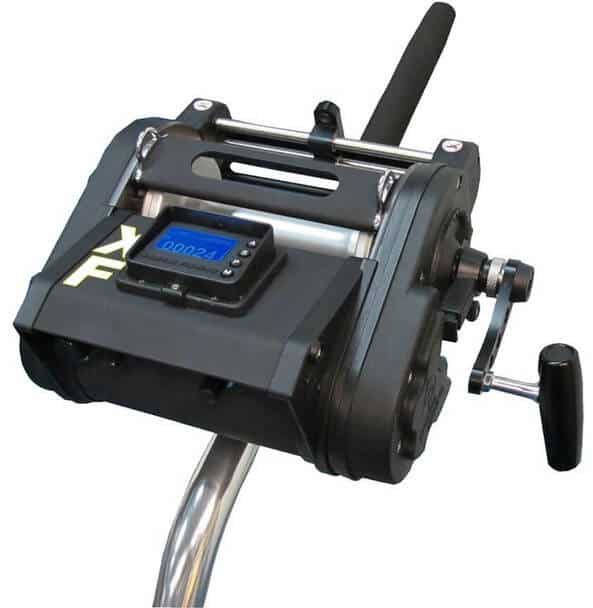 The Kristal XF 655 electric reel is a fully programmable electric reel (12V). It includes variable speed control as well as a manual override. So long as you bring a 50 AMP breaker with you, you can use this Kristal Fishing rod for swordfish catching in the gulf.

The reel comes equipped with AutoStop and auto jigging features so you never lose control of your fish (the rod was made for swordfish and tuna). It’s essentially the upscale programmable version of a reel from earlier on this list. This 29-pound rod retails for $3,950. 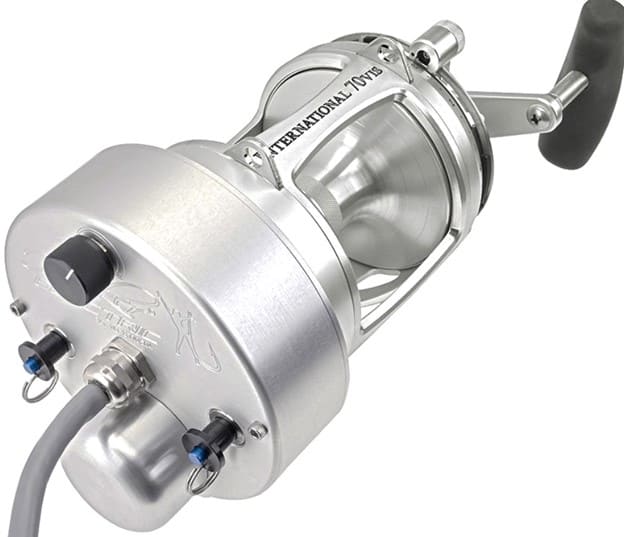 The most expensive fishing reel is the Penn International 70VIS Electric Reel. This reel has a 2 hp brushless detachable motor equipped for deep-sea fishing. Detachability gives the reel the ability to serve as a compact deep dropper and fit for those who fish with traditional trolling strategies.

The features of this reel include a soft grip ergonomic handle, aircraft-grade ball bearings, quick-shift 2-speed system, dura-drag system, all inside a heat-treated, machine-cut stainless-steel main housing. This reel retails for $4,529.85.

The motor pulls up the line at a rate of 500 feet per minute. The reel comes equipped with a manual speed control function on its 2-button remote, which gives you hands-free operation over the reel speed at a maximum range of 100 feet.