According to American movies, summer camp is a quintessential part of adolescence. However, in reality, summer camp is pretty much a luxury and typically only common among wealthy families. While there are some affordable summer camps, in general the average summer camp costs a few thousand dollars. On the higher end, which is what this list is about, summer camps costs tens of thousands of dollars. In general, summer camp is an American thing because of the long duration of summer vacation in the U.S. Most countries do not get long breaks like this, but some of the summer camps on this list are international.

As of September 2021, the information on this list is as accurate as possible and will be updated as need. 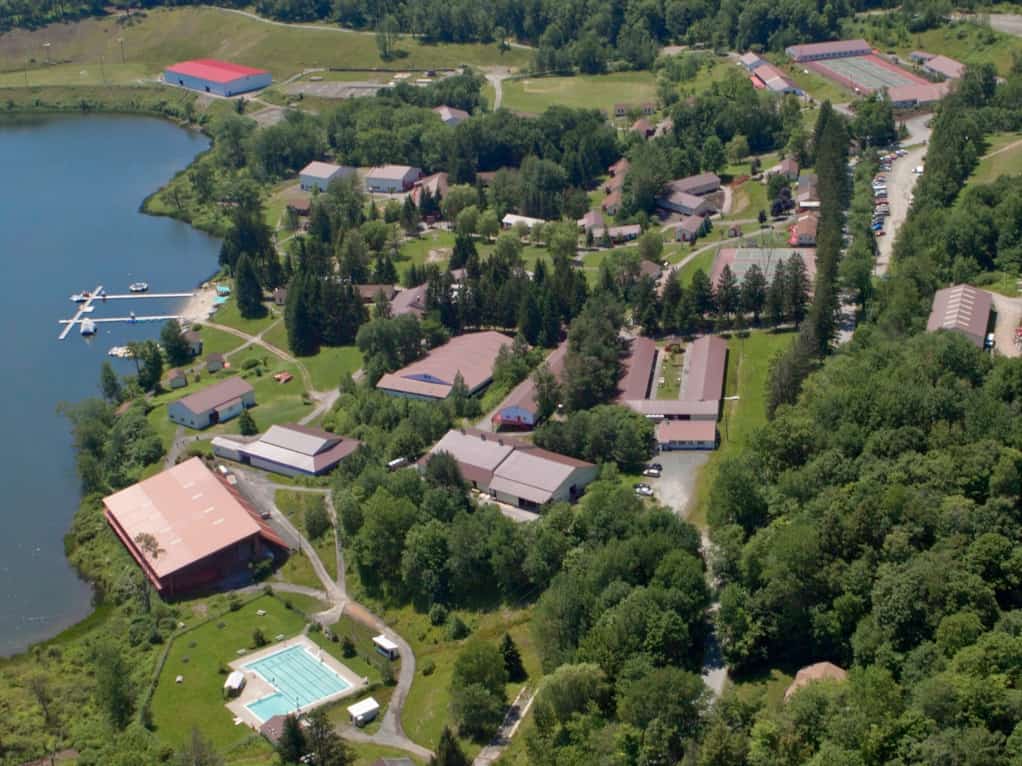 French Woods Sports and Arts Camp in Hancock, New York is one of the more unique summer camps out there. Unlike all of the other camps on this list, French Woods is less rigid and implements a non-traditional camp program. Campers get to select all of their own activities and there are none of the traditional summer camp staples like flag calls, uniforms, or ceremonies.

Additionally, French Woods Sports and Arts Camp has a very flexible schedule. Campers can choose, two-week, four-week, six-week, eight-week, or ten-week sessions. The dates for all the sessions, except for the full ten-week course are very flexible and campers can essentially come at any time between mid-June and late-August. While the 10-week session costs $12,600, the other sessions are fairly affordable.

French Woods Sports and Arts Camp offers unique programs such as magic, extreme sports, circus, rock music, cooking, and several other courses that aren’t found at any other summer camp. 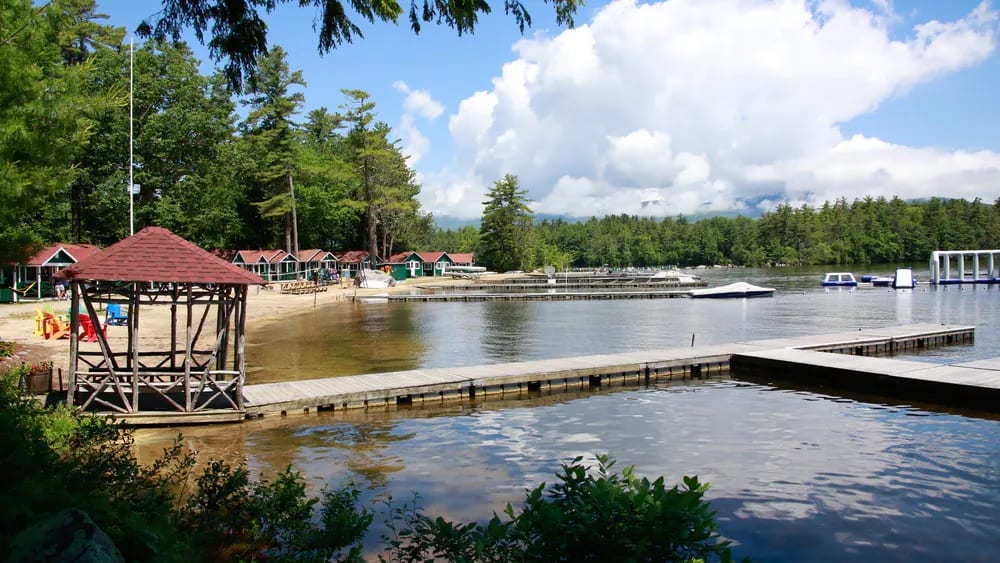 Camp Winaukee is another esteemed all-boys summer camp in the Northeastern United States. It is a traditional overnight camp that lasts for seven weeks and costs over $13,100 per child. Camp Winaukee exists to provide a wide scope of experiences and meaningful relationships through sports and adventure, within a traditional camp setting.

The camp’s philosophy is to provide a safe environment where boys can live happy lives. Camp Winaukee’s values include teaching the boys about sportsmanship, brotherhood, spirit, and community. Activities at Camp Winaukee include team sports, individual sports, water sports, and special outdoor adventures. 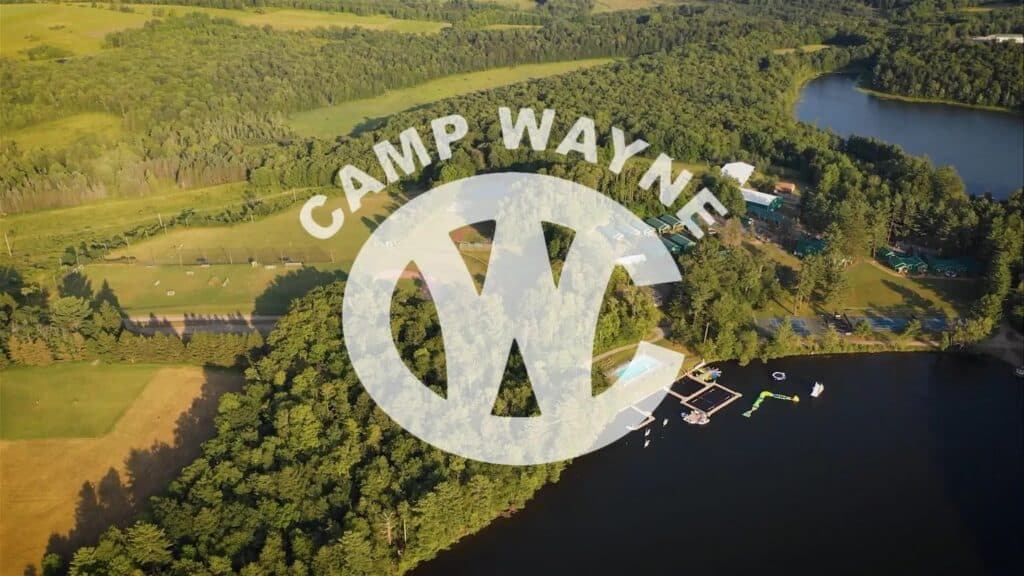 Camp Wayne is a traditional overnight camp that lasts for seven weeks and has a separate boys and girls program. Like a few of the other camps on this list, Camp Wayne is a family-owned camp that has been in operation for 100 years. The tuition for Camp Wayne for Boys costs over $13,600, while Camp Wayne for Girls is a little more expensive at more than $13,700. Unlike some of the other camps on this list, Camp Wayne’s tuition includes Canteen, transportation, specialty camps, private tennis, and golf lessons offered during Hobby Hour. The only additional expenses come from special trips and personal spending money.

Although the boys and girls camps are run separately, Camp Wayne hosts a number of co-ed events and activities so that all the campers get to know each other. Additionally, campers with family at the other camp are allowed to visit each other a few times a week.

Camp Wayne for boys divides the campers into four teams: Harvard, Dartmouth, Princeton, and Yale, in an effort to get the boys to think about their college plans at an early age. 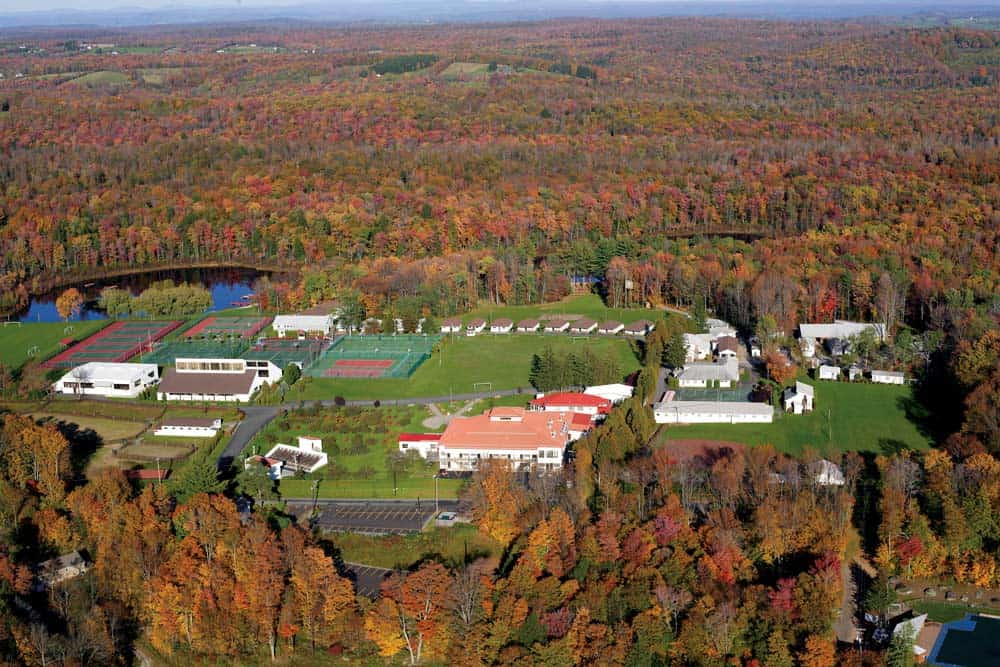 Lake Bryn Mawr Camp is another popular high-end all girls camp in the U.S. The camp is a part of the Bryn Mawr Retreat and Conference Center in Honesdale, Pennsylvania. Lake Bryn Mawr Camp lasts for seven weeks and costs about $13,650. There is also a four week option that costs $9,000 and parents have the option to extend their daughter’s stay for an additional cost.

Bryn Mawr campers participate in activities including tennis, soccer, gymnastics, English riding, basketball, softball, volleyball, lacrosse, dance, swimming, boating, waterskiing, and arts and crafts. Back in 1921, Lake Bryn Mawr Camp was established a safe space for girls to be themselves and try new things in a nurturing environment.

Lake Bryn Mawr Campers are expected to live by the “Angel Code,” which entails Loyalty, Beauty (from within), Merit, and Comradeship. The initials of the code, LBMC go along with the name of the camp. 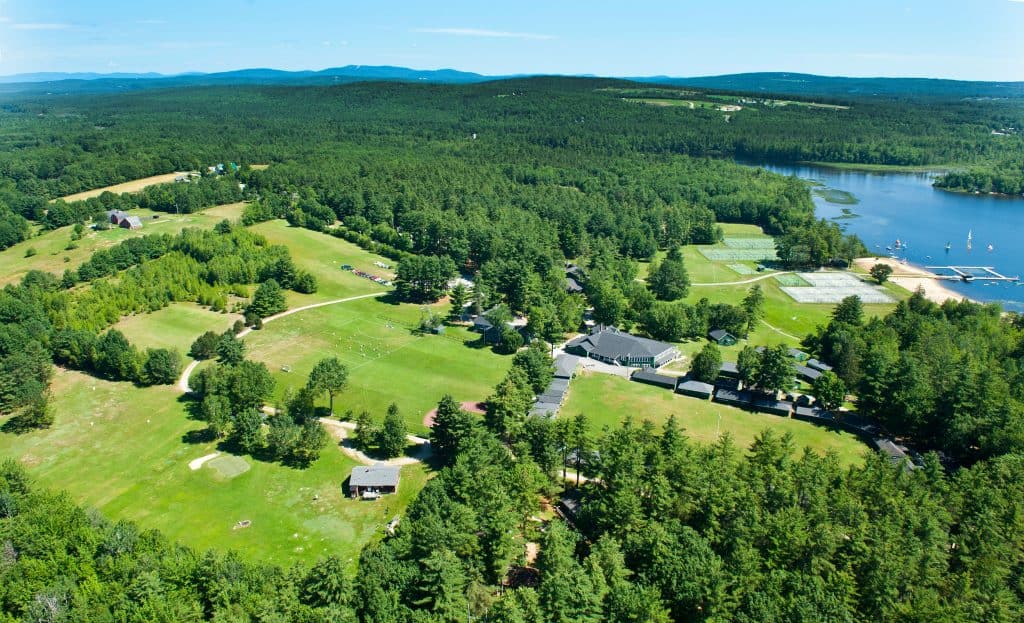 Tripp Lake Camp traces its history to 1911 when the women running The Bettelheim School for girls decided to look for suitable place where the girls could enjoy summer camp activities, which were uncommon for girls at the time. 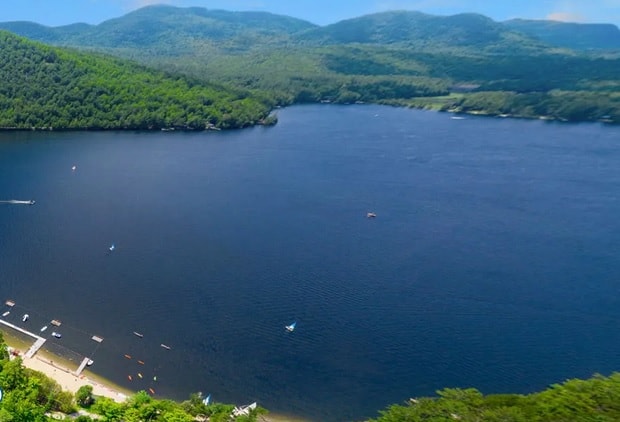 Brant Lake Camp is considered one of the best boys’ summer camp in the U.S. The camp is located in the popular vacation destination of Brant Lake, New York. Brant Lake Camp lasts for seven weeks and costs more than $14,350. There are also shorter programs for the younger campers.

While Brant Lake Camp offers a wide array of activities, it puts an emphasis on teaching and coaching the “core sports” of baseball, basketball, tennis, and soccer. The core sports are mandatory, but older campers may also participate in flag football, lacrosse, hockey, golf, softball, and volleyball. There are also arts and crafts and drama/theater programs.

Brant Lake Camp was founded in 1916 and is one of the oldest privately-owned summer camps in the U.S. The camp has been run by the same family for over 100 years. 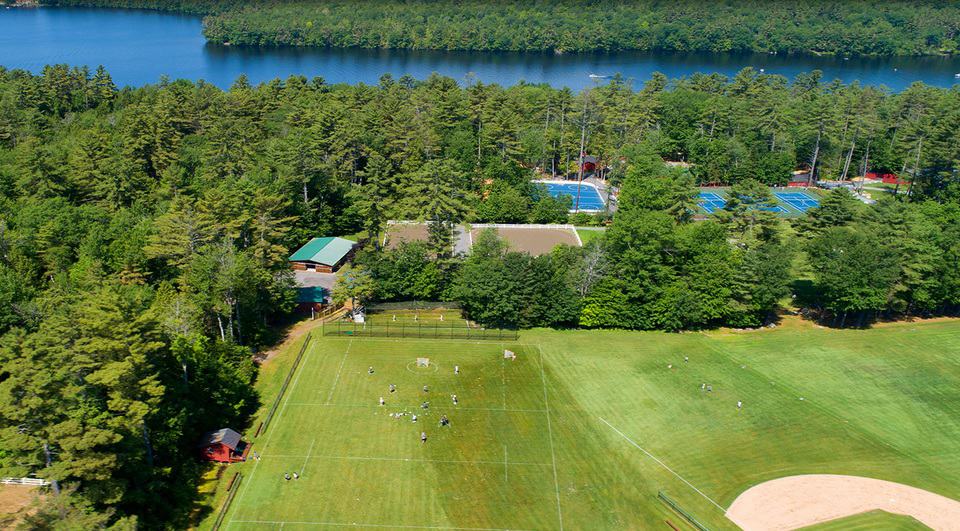 Camp Laurel is another high-end summer camp located in the Northeastern U.S. It is a mixed-gender camp that lasts for 6 weeks and costs about $14,700. However, there are several extra charges such as day trip/personal expenses ($500), equestrian courses ($1200-$2000), 7th grade extended trip ($600), and 8th & 9th grade extended trip ($900). Additionally, transportation costs are not included in the camp’s tuition.

Camp Laurel’s program blends required activities with electives, so campers get a full experience each year. 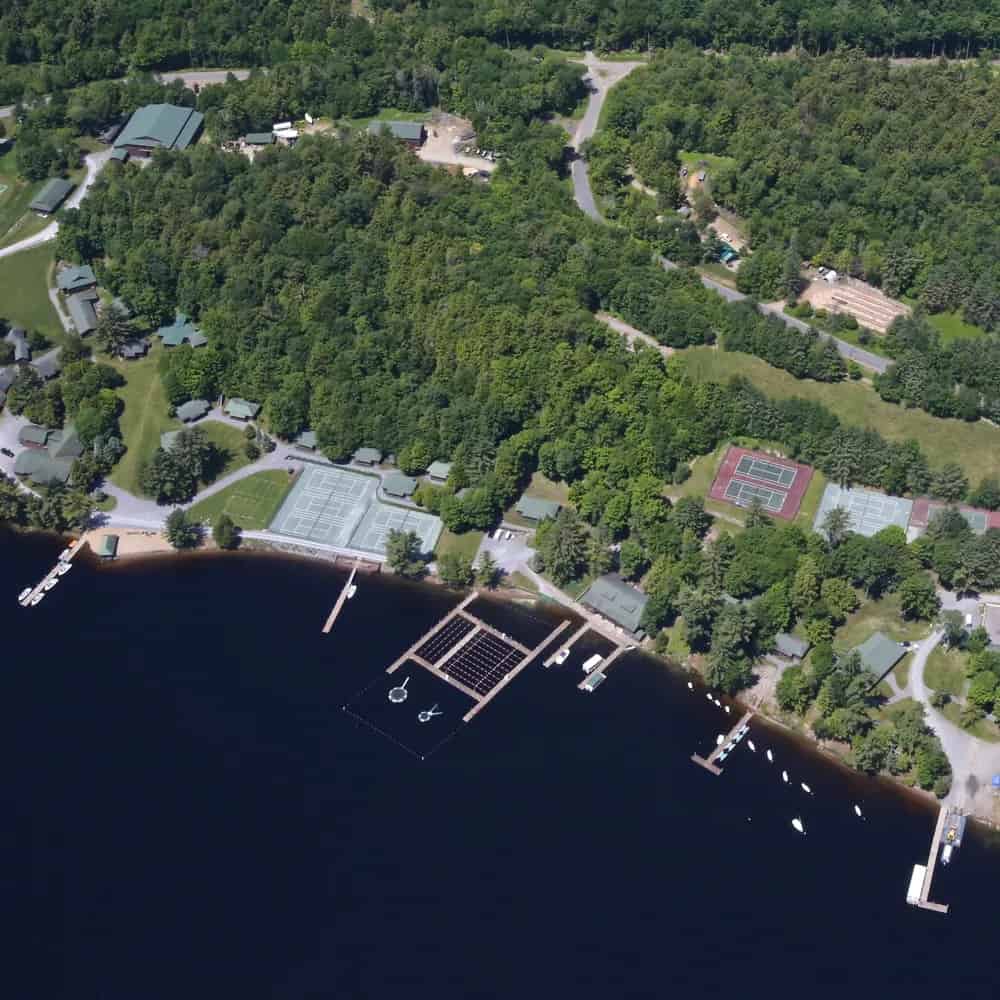 Raquette Lake Camps, located in the famed Adirondack Mountains in Upstate New York, is probably the most elite summer camp in the United States. Operating as a separate boys and girls camp, Raquette Lake Camps is so exclusive that all new families are interviewed before being deemed worthy enough for their child to attend the camp. Siblings of previous members of Raquette Lake Camps are typically grandfathered in through a process similar to those employed by Ivy League Schools.

A summer at Raquette Lake Camps will set families back more than $14,750 per child.

While the Raquette Lake Camps are run separately, the boys and girls come together weekly for full-camp socials and other events so siblings and friends can see each other. 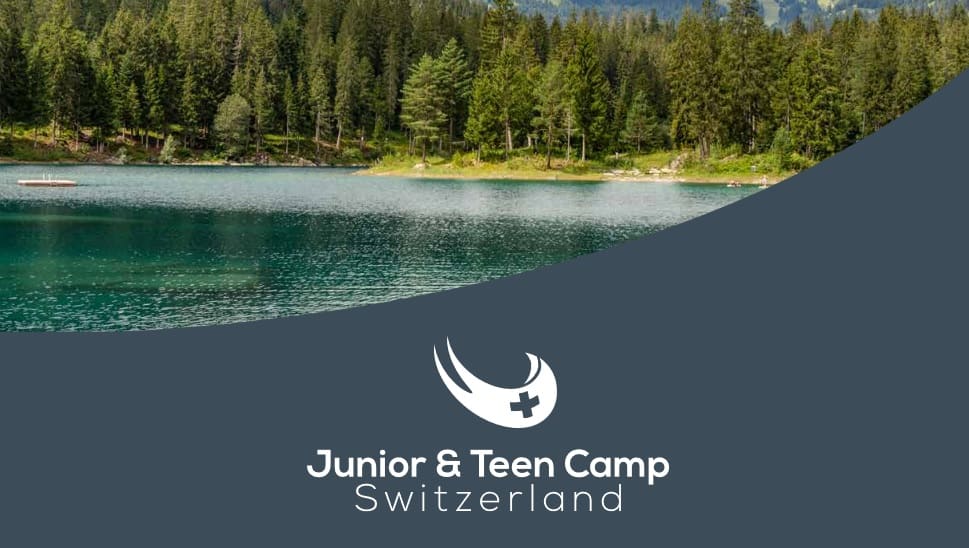 Junior & Teen Camp Switzerland, affectionately called JTCamp, is the most exclusive and expensive traditional summer camp in the world. The camp is located in the famous Swiss resort area of Flims-Laax and attracts international campers each year. In addition to the traditional athletic and creative summer camp activities, JTCamp includes language courses in its itinerary as well as excursions to the surrounding areas.

The full six-week course ranges in price from 15,000+ CHF to 18,000+ CHF (about $16,312+ to $19,575+), depending on what add-ons parents and campers choose. The higher-end price tag includes a skiing trip to Zermatt in the Swiss Alps. There is also a more affordable day camp option for those local to or staying in the area when JTCamp is in session.

According to Junior & Teen Camp Switzerland, each year campers from at least 25 countries participate in the camp. 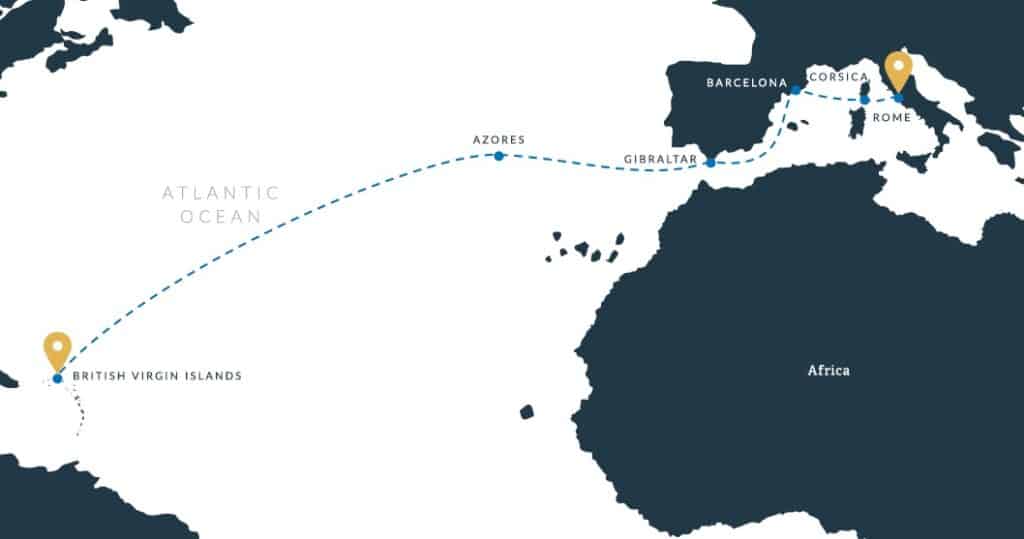 While the camp costs as much as the average down payment on a home in the U.S., it comes with several benefits. Campers receive 6 college credits from the University of South Florida, as well as several sailing certifications such as the IYT International Crew Certification, Navigation Master Certification, and IYT Master of Yachts 200 Ton Offshore Certificate (this certification costs an additional $650 and is only for campers 18+).

ActionQuest has several other Adventure Camps that are reasonably priced at an average of $6,500.