Country clubs are a mainstay in the lives of the world’s wealthiest people. They are privately owned clubs often with a membership quota and admittance by invitation or sponsorship, that generally offers both a variety of recreational sports and facilities for dining and entertaining. Country clubs originated in Scotland, with the advent of golf, and spread to the United States in the late 19th century. As Western culture spread through globalization, elite members of other countries began starting their own country clubs. 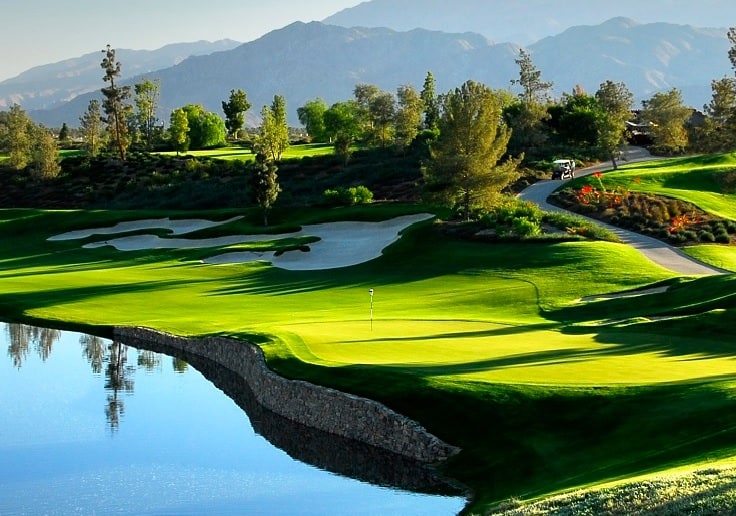 The Madison Club is a private residential country club for homeowners in the La Qunita, California community. The club is home to a Tom Fazio-designed golf course that is the centerpiece of the community and includes a lounge, full-service spa, and complete fitness facility. There are also five private, one-bedroom suites located in the clubhouse. The Madison Club’s clubhouse also has full kitchen, private movie theatre, game room, and main lounge that overlooks the 18th hole of the golf course.

Many celebrities are part of The Madison Club, including a member of the Kardashian family. 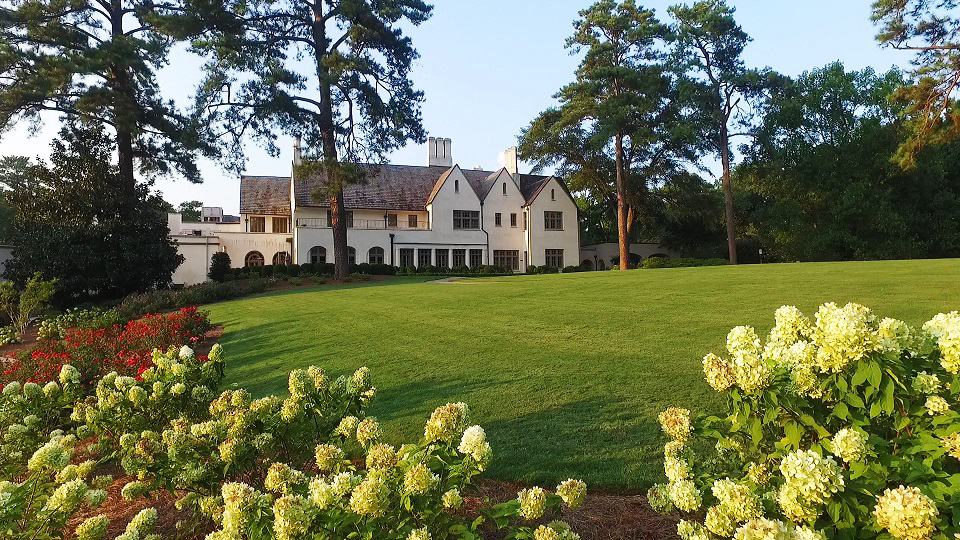 Cherokee Town and Country Club is another exclusive private country club located in the American South. The club has two primary locations, the Town Club and the Country Club. There are two world-class golf courses, 16 tennis courts, and three swimming pools. Like other country clubs on this list, Cherokee Town and Country Club’s membership is invite only. While the exact cost of the initiation fee is unknown, its estimated to be about $200,000.

Surprisingly, the Art collection of the Cherokee Art Endowment at the Cherokee Town and Country Club is available for public viewing through appointments. 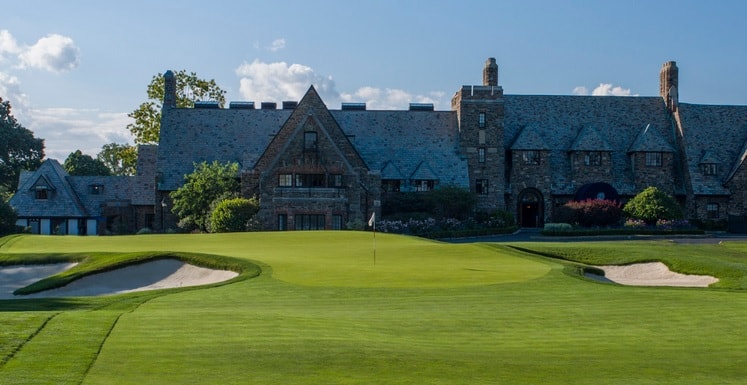 Winged Foot Golf Club is a private golf club located in a suburb just outside of New York City. The club was founded back in 1921 by members The New York Athletic Club, a private social and athletic club. Initiation fees for entry into the Winged Foot Golf Club are estimated to begin at $200,000. Cost of annual dues is not public information.

Winged Foot Golf Club’s name and logo are taken from a sculpture in the lobby floor of the New York Athletic Club in Manhattan. 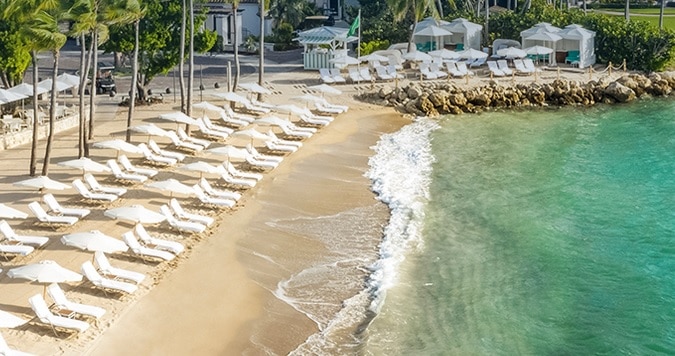 Since its located in a tropical area, Fisher Island Club members have access to a private beach, as well as a pool complex, a private marina for their yachts, and a spa and wellness center. The island is also home to a theater, aviary, observatory, and golf course.

Although Fisher Island is named for its original owner Carl Fisher, the island and club did not become what it is today until Fisher traded 7 acres of land with William K. Vanderbilt II for Vanderbilt’s 265-foot yacht the “Eagle.” 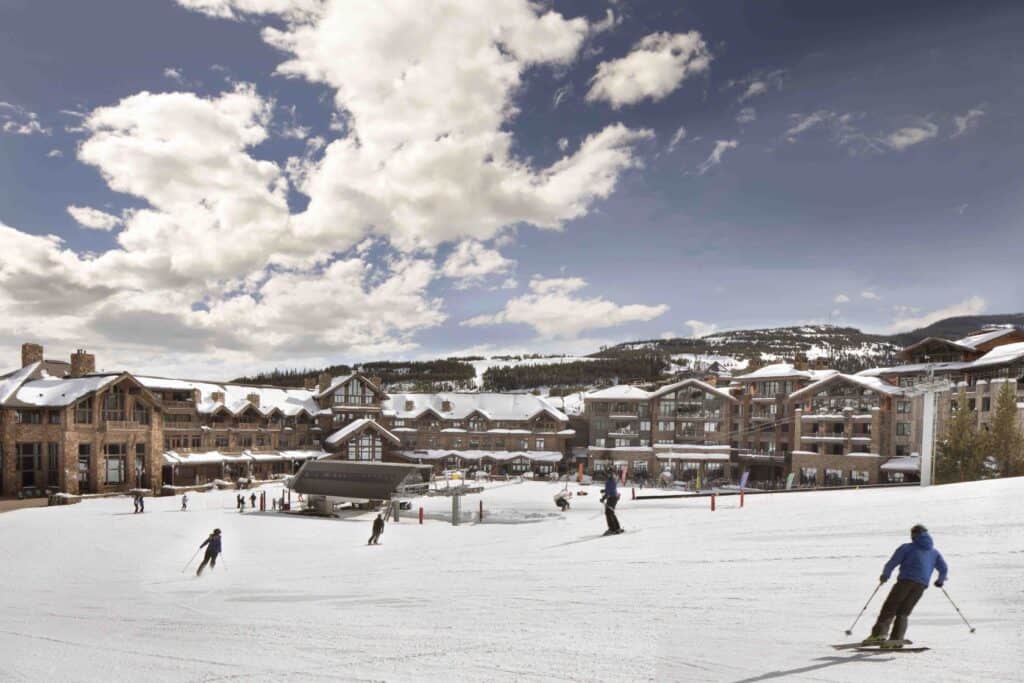 The Yellowstone Club is the world’s only private golf and ski country club/community. The club’s home is Big Sky, Montana, which is a renowned ski destination. In fact, the Yellowstone Club’s resort and private ski runs are right next to Big Sky Resort. The two resorts even share a ski lift system. Besides skiing, in the warmer months, Yellowstone Club members can enjoy an 18-hole golf course designed by Tom Weiskopf, that overlooks the Rocky Mountains.

In late 2008, during the Great Recession, the Yellowstone Club filed for Chapter 11 bankruptcy protection, but the club and its owners have recovered since then. 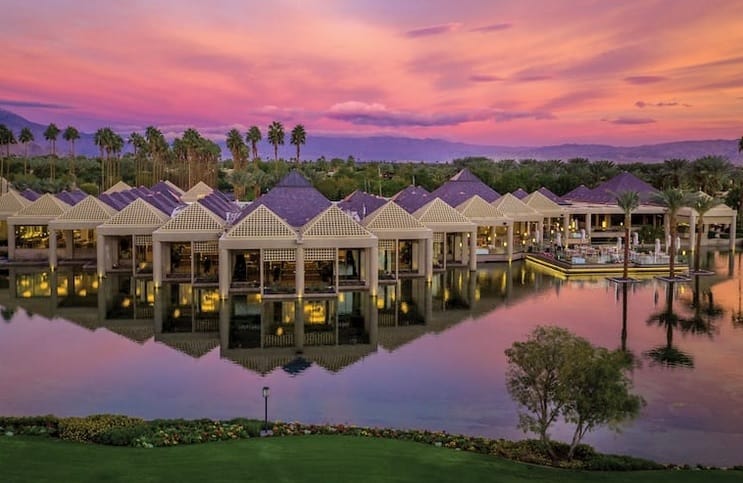 Although The Vintage Club isn’t the most expensive country club on this list, it is perhaps the most exclusive. The Vintage Club is only open to residents of the heavily secure and gated private community, which is located in Indian Wells, California. The community boasts sprawling multi-million dollar estates, an 85,000-square-foot clubhouse, restaurants, boutiques, and an 18,000 square foot spa and wellness center. The Vintage Club is also home to 11 championship tennis courts, as well as two beautiful award-winning 18-hole golf courses designed by Tom Fazio. The golf courses are named The Mountain and The Desert.

According to several sources, since 1999, Bill Gates has been the most high profile member and estate owner of The Vintage Club. 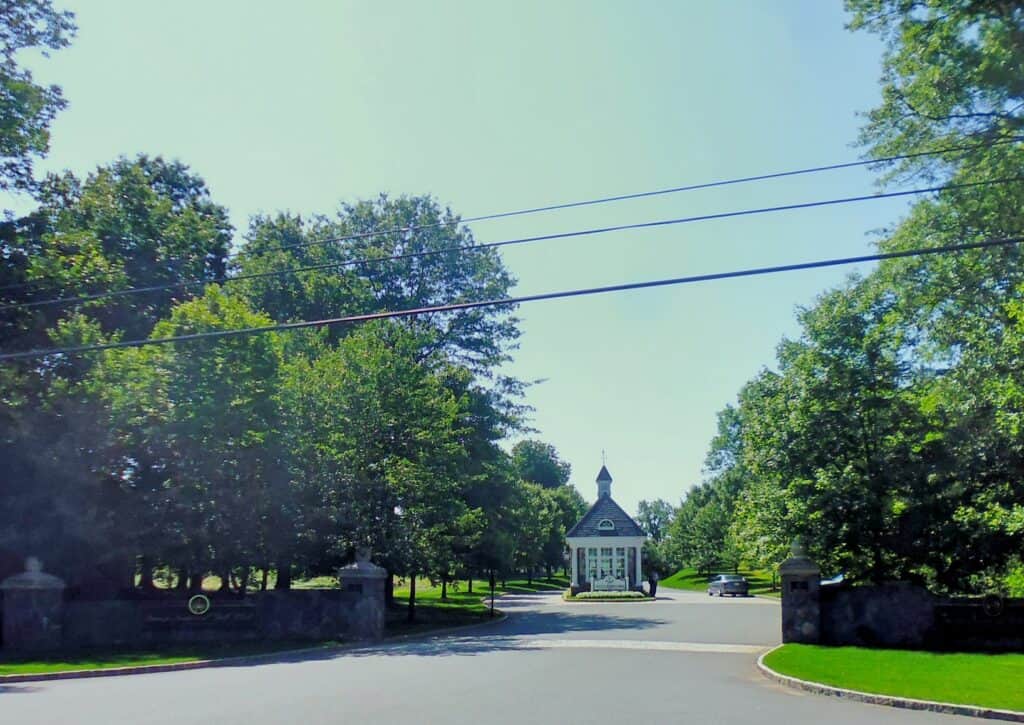 In 2014, the PGA of America selected Trump National Golf Club Bedminster to host the 2022 Men’s PGA Championship. However, this decision was reversed in January 2021, following the storming of the United States Capitol on January 6th, because hosting the tournament there would be “detrimental to the PGA of America brand.” 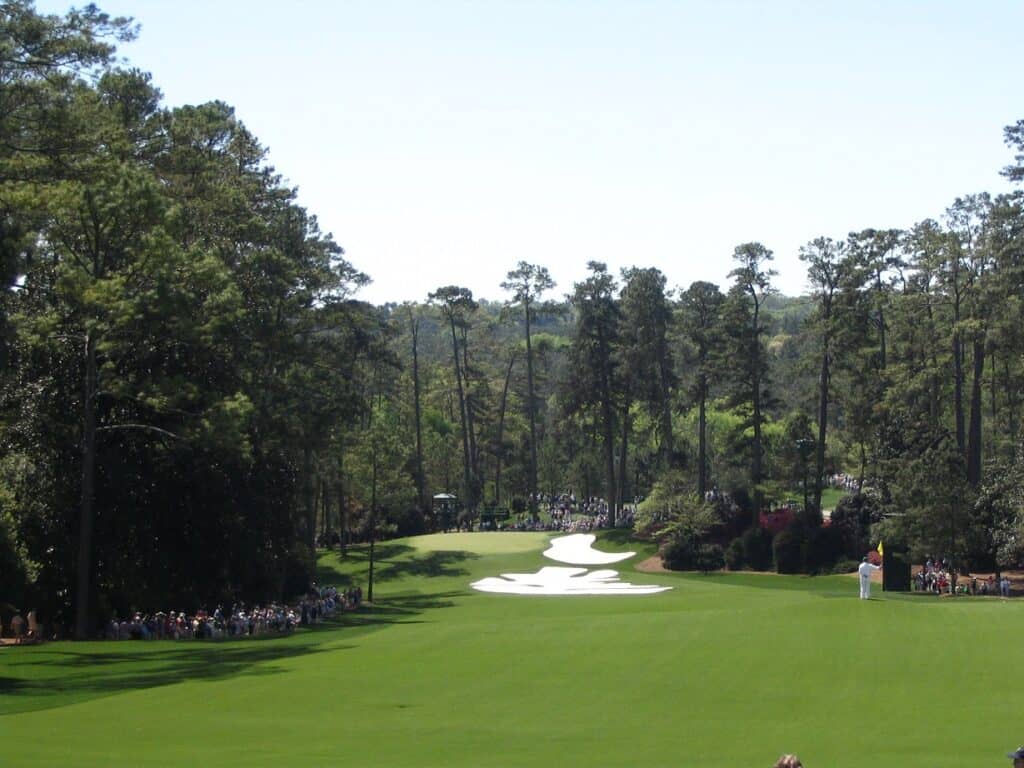 Prior to 2012, Augusta National Golf Club did not allow women membership into the club. However, that year, former U.S. Secretary of State Condoleezza Rice and American inventor and philanthropist Darla Moore, became the first women admitted to the club. 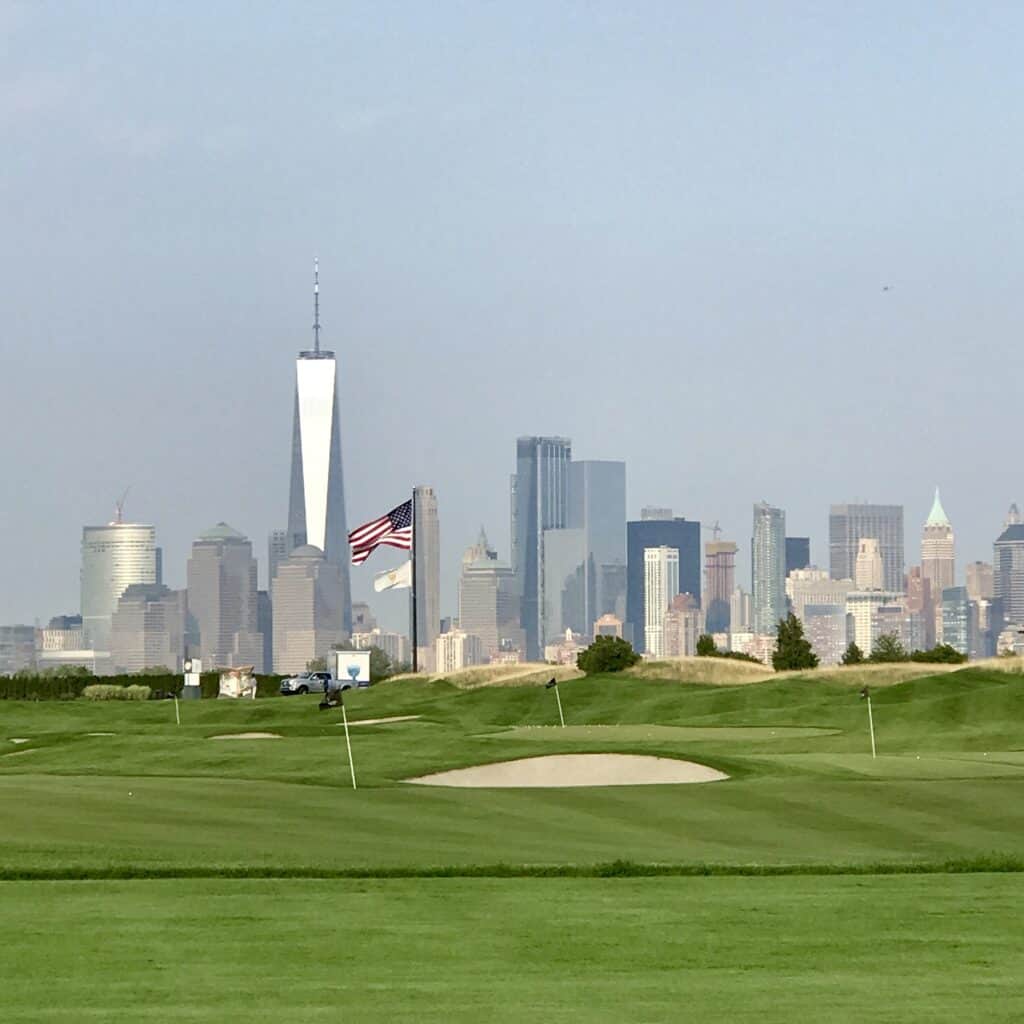 Liberty National Golf Club is a country club located in Jersey City, New Jersey. The club has some of the highest known initiation fees in the U.S., boasting a price tag of $450,000 to $500,000. The club is relatively young, compared to some of the others on this list, and only dates back to 2006. The former chief executive of Reebok, Paul Fireman and his son Dan, are the co-founders of Liberty National Golf Club.

The Liberty National Golf Club cost over $250 million to build, making it one of the most expensive golf courses in history. 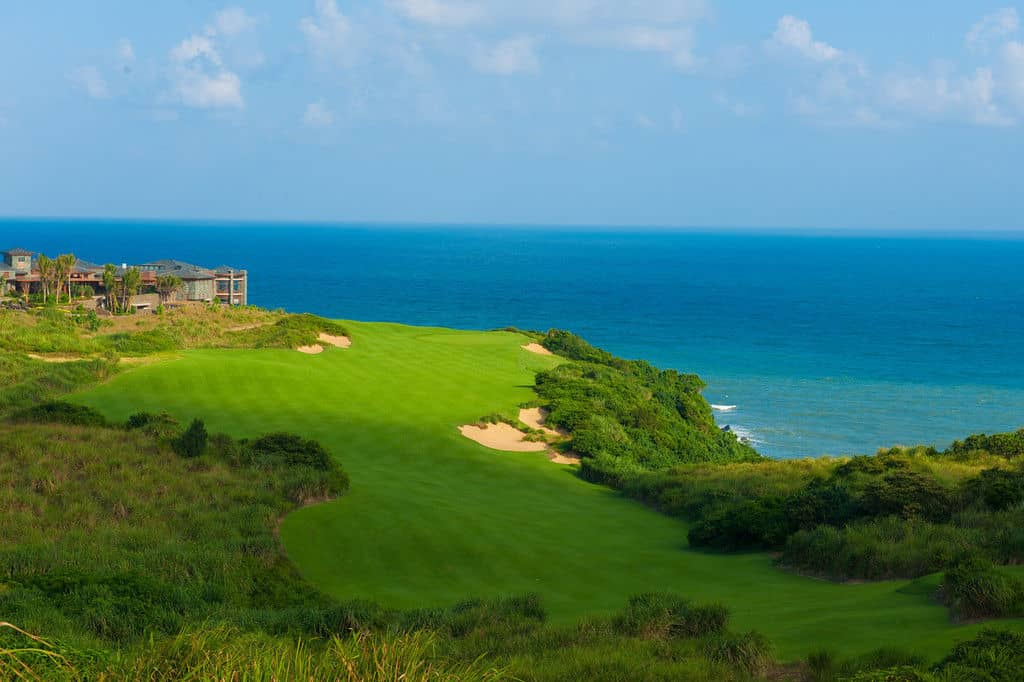 Shanqin Bay Golf Club is the most expensive and most exclusive country club in the world, with an estimated initiation fee of up to $1 million. This prestigious country club is so exclusive that it only has 20 members and pretty much everything about the club is kept private. In order to even apply to be a member of the Shanqin Bay Golf Club, you need a recommendation from at least one current member of the club as well as a personal invitation from the Executive Committee of Shanqin Bay.

Shanqin Bay Golf Club was built on the site of a former radar station on a cliff overlooking the South China Sea.