In the last 12 months, the world of sports franchises confronted an enemy it likely never thought it would have to, being smaller than droplets of breath. Due to COVID, tournaments were delayed or canceled, seasons were changed, and stadiums around the world were empty. Some franchises and leagues made do using televised games, but others lost the ratings that made them so popular and valuable to begin with.

With the world in recovery mode, it’s interesting to observe the franchises that are now the world’s most valuable. They are the ones that weathered the storm and came out on top. With most of 2021 behind us, here are the 9 most valuable sports franchises. 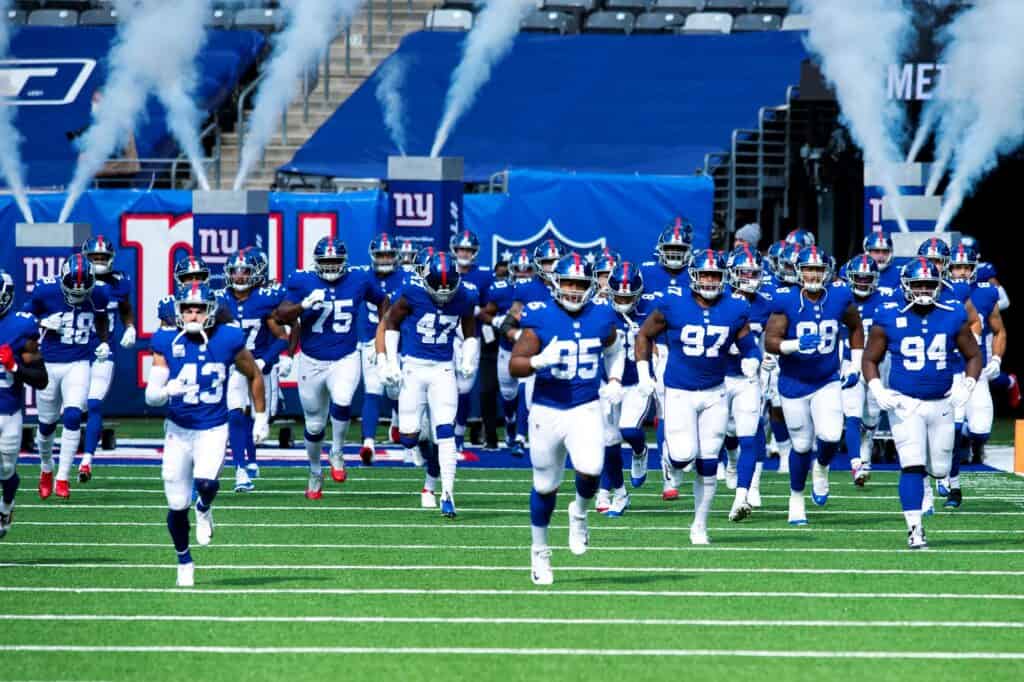 The New York Giants, currently coached by Joe Judge, is the first entry on our list of the 9 most valuable sports franchises, valued in 2021 at $4.3 billion. It was founded in 1925, which means that it’s coming up on its 100th year. The Giants play out of the MetLife Stadium in East Rutherford, New Jersey. They are currently owned by John Mara and Steve Tisch, who doubles as the franchise chairmen.

Nicknamed, the “Big Blue,” the New York Giants are one of only 5 teams to join the NFL in 1925. Of all those, the Giants are the only team still operating, making them the oldest Northeast team in the league. In some places, they may still be called the “Jints,” a play on their name based on the New York Post’s contraction of the words. 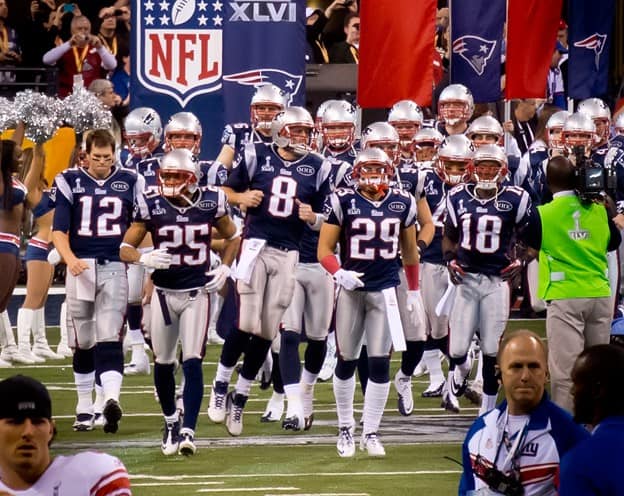 The New England Patriots were founded in 1959, making their last season their 61st. They play their home games at Gillette Stadium in Massachusetts and are perhaps most famous for winning 6 Superbowl championship games. Though the Pittsburgh Steelers have also won 6, the Patriots have attended 3 more games, making them the name in Superbowl teams.

Known affectionately by their fans as The Pats, The New England Patriots, formerly the Boston Patriots, chartered the AFL before becoming part of the NFL in 1970. They are currently valued at $4.4 billion. 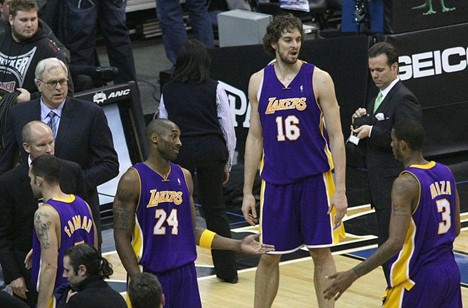 The Los Angeles Lakers were founded in 1947 as the Minneapolis Lakers, which they were named until 1960. Their iconic purple and gold uniforms are a well-known sight at numerous division championships. Their current president is Jeanie Buss and their head coach is Frank Vogel.

The team was founded after the NBA team, the Detroit Gems, was bought in 1947 in Minneapolis. George Mikan was the Lakers’ first major MVP, with which the team won five out of six consecutive championships after joining the Basketball Association of America in 1948.

The Los Angeles Lakers have won 17 championships, 19 conference titles, and 33 division titles. The team was a powerhouse during the 1980s under head coach Pat Riley, winning five championship titles in a nine-year timeframe. Abdul-Jabbar and Magic Johnson powered much of the team’s notoriety, leaving them in a bit of a struggle in the 1990s after they left. That was, of course, until they drafted Kobe Bryant and Shaquille O’Neal and become one of basketball’s household names. 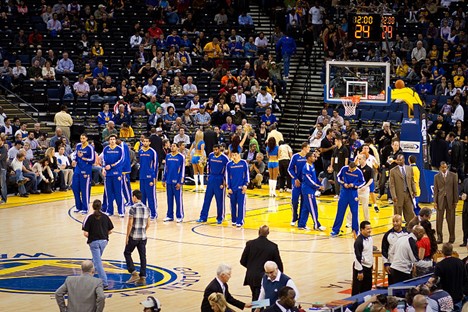 The Golden State Warriors out of San Francisco were founded in 1946 as the Philadelphia Warriors. Despite experiencing several name changes, it is currently the 6th most valuable sports franchise in the world, valued at just over $4.7 billion. They are sponsored by Rakuten. Rick Welts is their current president and Bob Myers is their manager.

This team is a member of the Western Conference Pacific Division of the NBA, based out of Philadelphia. They also won the first Basketball Association of American Championship in 1947.

The Golden State Warriors, nicknamed the “Dubs,” struggled throughout the 80s until Tim Hardaway, Chris Mullin, and Mitch Richmond made them a regular at the playoffs. In the franchise’s history, they have won 6 championships, 6 conference titles, and 12 division titles. 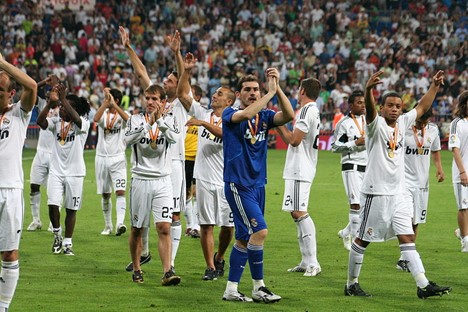 Real Madrid or Real Madrid Club de Futbol was founded in 1902, though back then it was called the Madrid Football Club. At $4.75 billion, it is now the second-highest soccer club in the world, trailing behind FC Barcelona by only a few thousand dollars.

Real Madrid has won 5 European Cups in a row with such famous footballers under its belt as Ferenc Puskas, Raymond Kopa, and Alfredo Di Stefano.

Futbol Club Barcelona, or FC Barcelona, is the most valuable soccer franchise in the world, as well as one of the oldest. It was founded in 1899 by a multinational group of footballers with Joan Gamper in the lead. The original members were Spanish, German, English, and Swiss. “More than a club” or “Me’s que un club” was their original slogan.

This team has more support than most in the world due to soccer’s audience of over 3.5 billion fans worldwide. Players from FC Barcelona have won twelve Ballon d’Ors. Seven of their players have become Player of the Year, including Ronaldo and Romario.

FC Barcelona is the first Spanish futbol club to win all six major competitions in a single year. It is also the first sports team in history whose average first-team pay exceeds $13.8 million or 10 million pounds per year. 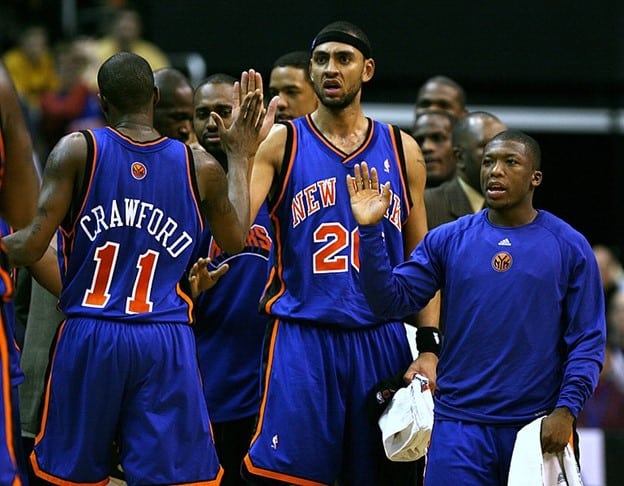 The New York Knicks in the Eastern Conference of the NBA were founded in 1946 and have always had their famous name, though many call them the Knickerbockers. Their arena is the Madison Square Garden itself in the heart of New York City. The famous Knicks colors are blue, orange, black, white, and grey.

The New York Knicks are now valued at around $5 billion. The head coach is Tom Thibodeau and the general manager is Scott Perry. The Knicks floundered for a while in the 50s but when Red Holzman took over in the 60s, it rose to the prominence it enjoys today. 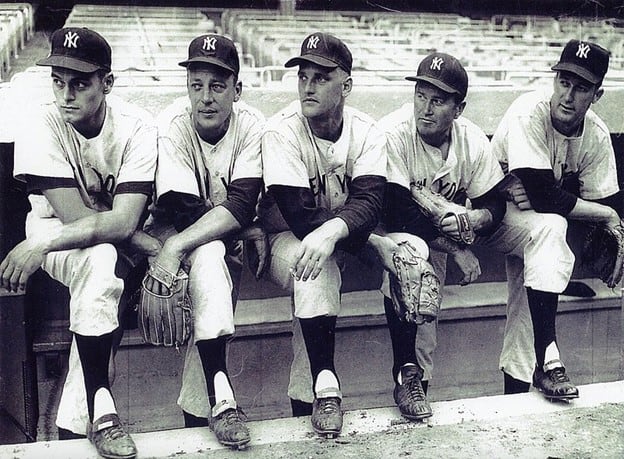 The New York Yankees are one of the most venerated franchises still in existence, valued currently at $5.25 billion. It was established in 1901 and is currently based in New York City. It has been part of the American League since 1901 and the East Division since 1969. Alongside the Mets, they’re the only major league baseball team in NYC and by far the most famous.

When they were founded, they were called the Baltimore Orioles, no connection to the current Orioles. By 1903, they had moved to NYC and became the New York Highlanders. They became the Yankees in 1913. Yankee Global Enterprises currently owns the team under the Steinbrenner family. 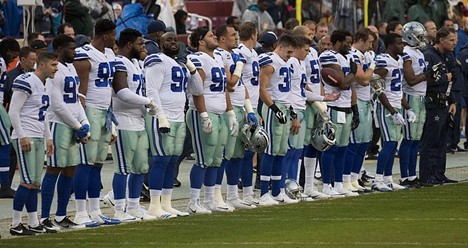 The most valuable sports franchise is the Dallas Cowboys. This NFL staple now valued at $5.7 billion was established in 1960 with headquarters in Frisco, Texas. They’re not only NFL but East division club members of the NFC or National Football Conference. The current owner is Jerry Jones. The head coach is Mike McCarthy.

The most valuable sports franchises in the world start at over $4 billion and keep going up. While Americans may think of football as dominating the top 10 (to be fair, it took the number one spot), the list is split across several leagues, including the NBA and Li Liga, the international soccer league. There’s even one from the MBA.

In a post-COVID landscape, many sports franchises suffered to keep their audiences intact. These are the ones that not only survived – they dominated their entire arena.