Who Owns the Most Expensive Cars in the World?

From million-dollar hot rods to limited-edition models, expensive cars are usually owned by the wealthiest and most powerful people on the planet — and the cars on this list are no exception.

How did we get here? When did cars get so pricey? It all starts in the early days of the automobile.

Europe, the late 1800s: In France and Germany, innovative designers created some of the earliest motorcars. These vehicles were quickly improved by Wilhelm Maybach in partnership with Daimler Motoren Gesellschaft, an automobile manufacturer. Soon America joined the car revolution with Ford’s iconic Model T, setting the stage for modern car manufacturing. From there it doesn’t take long for increasingly luxurious cars to join the market — bringing us to those million-dollar rides we know today.

So who actually owns these ultra-expensive cars? They’ve gotta be rich, right? Yes, definitely. From a world-famous sports star to one of the most powerful people on the planet, these are the owners of the world’s most expensive cars.

Car or Collection Value: €9.5 million (about $10.5 million)
Net Worth of Owner: $500 million
Interesting Fact: Ronaldo is the third highest-paid athlete in the world
Car Fact: This car can go from zero to 100 km/h in less than three seconds 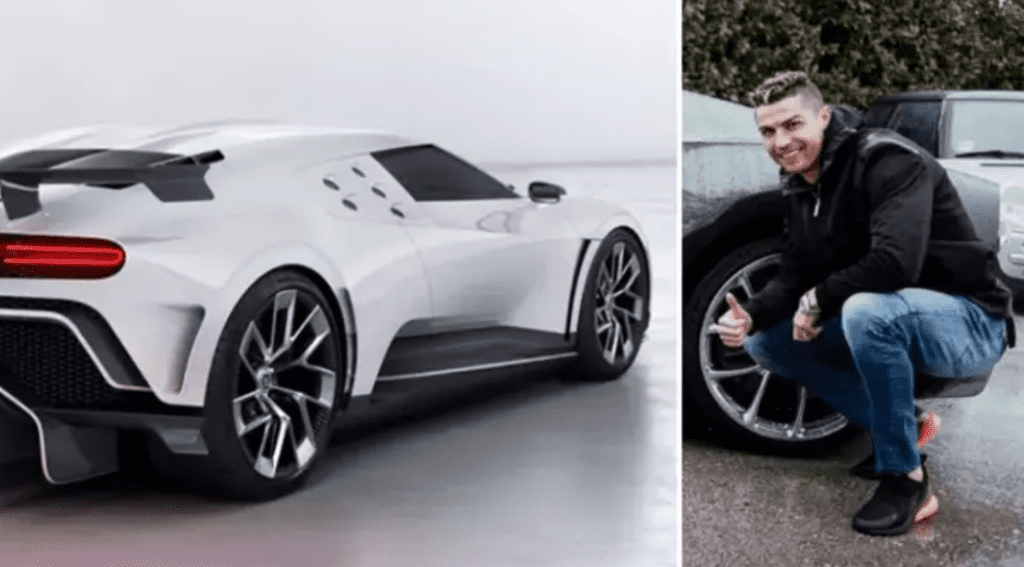 Cristiano Ronaldo is one of the most celebrated athletes in the world — and one of the richest. The five-time FIFA player of the year is worth an estimated $500 million and earns a reported $64 million per year, making him the third-highest paid athlete according to Forbes’ rankings.

Beyond his wealth, Ronaldo is super famous. The athlete was the first person to reach a combined 500 million followers on Twitter, Facebook, and Instagram. He’s also undoubtedly good at his sport — he even beat the goal tally of legendary Brazilian player Pele.

With so much money and success, it’s no surprise that Ronaldo owns some pricey toys. In 2021, the athlete reportedly added a rare Bugatti Centodieci to his collection of expensive splurges. The ultra-expensive car is worth about $10.5 million — making Ronaldo the owner of the eighth-most expensive car in the world.

In 2020, Cristiano Ronaldo became the first active member of a sports team to pass $1 billion in lifetime earnings. That’s a lot of cash.

Car or Collection Value: $17.5 million
Net Worth of Owner: $50 million
Interesting Fact: Horacio Pagani owns the brand that made this car
Car Fact: This car has a 7.3-liter V12 engine 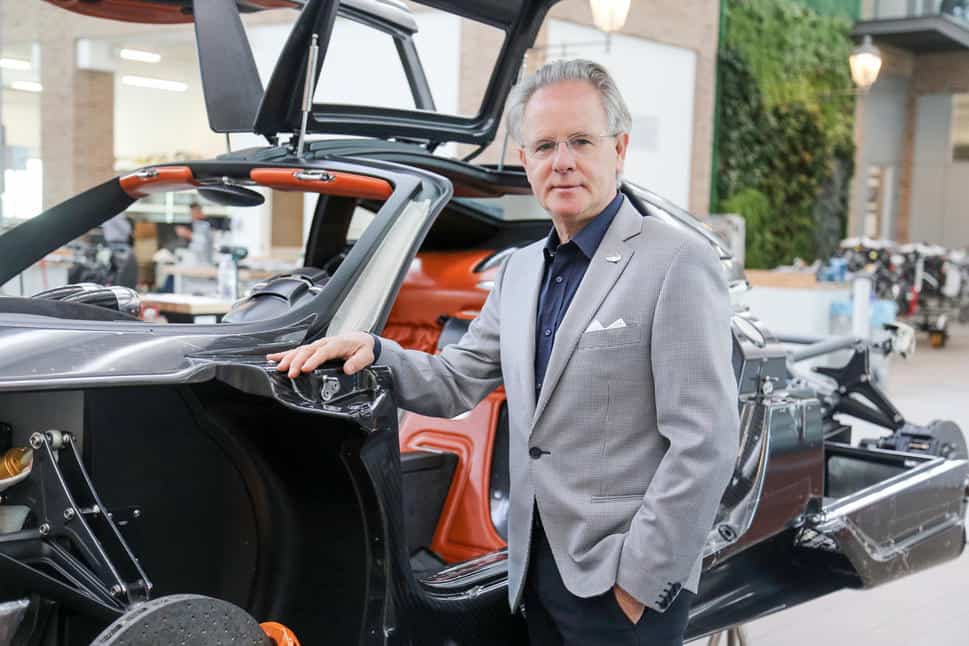 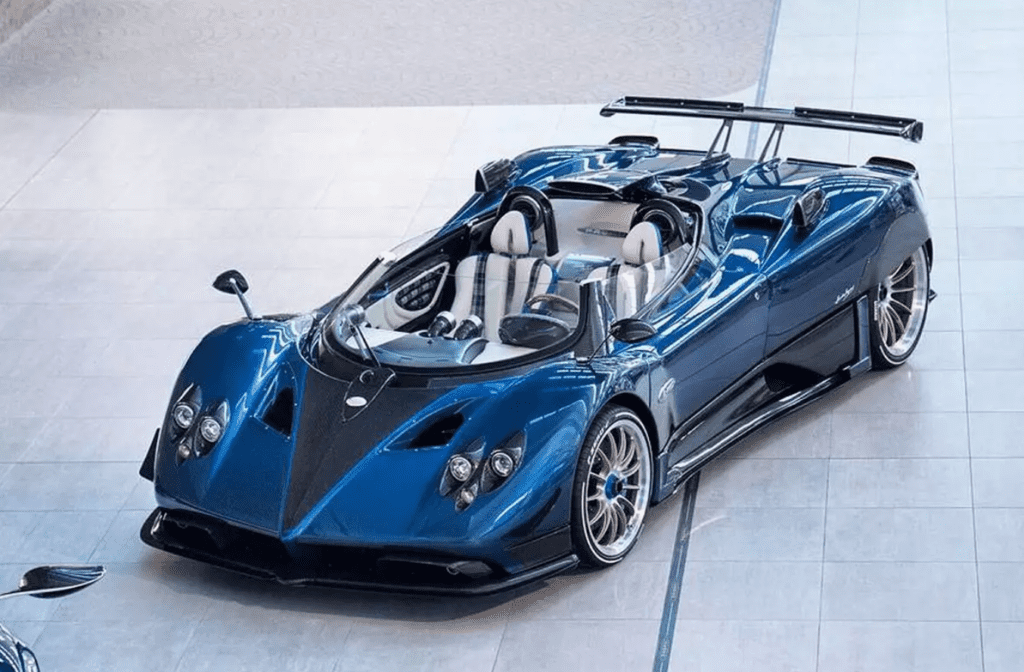 Coming in at number seven is Horacio Pagani, the owner of luxury Italian car brand Pagani. The brand once made a line of cars called Zonda, but the series was discontinued. As a result, any of the rare cars under the Zonda name are sure to be worth millions — and that’s exactly the case with this car. The rare vehicle is owned by Horacio Pagani himself and is valued at a cool $17.5 million!

So how did Horacio afford such an expensive car? Put simply, he’s filthy rich. The businessman is worth an estimated $50 million, mostly because of the success of his eponymous brand. At 66, Horacio stands atop an empire of luxury cars with roots in the early 1990s when the first Pagani cars were made.

Horacio’s ultra-expensive car features a six-speed manual gearbox and the vehicle’s wheels are made from forged aluminum. 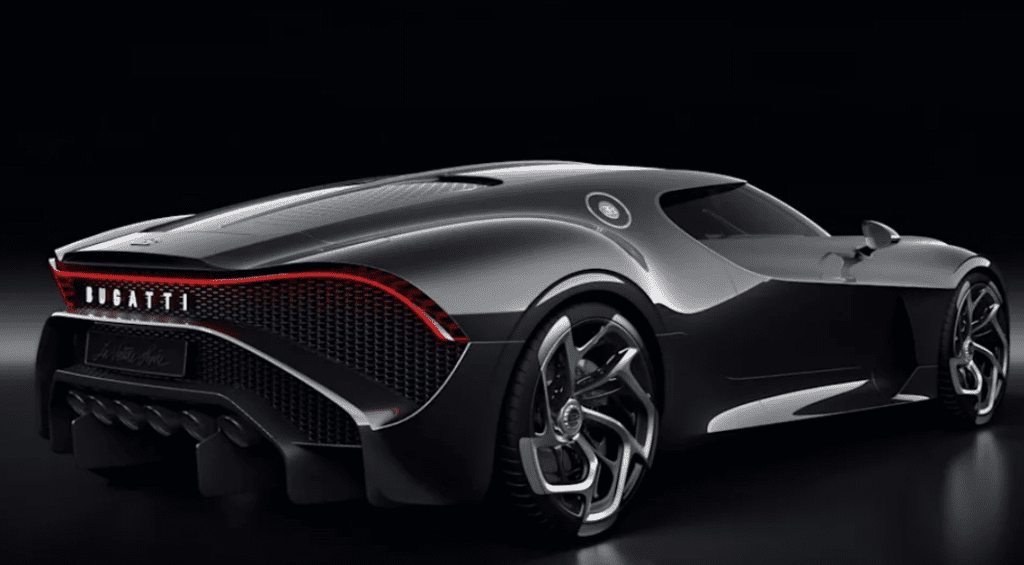 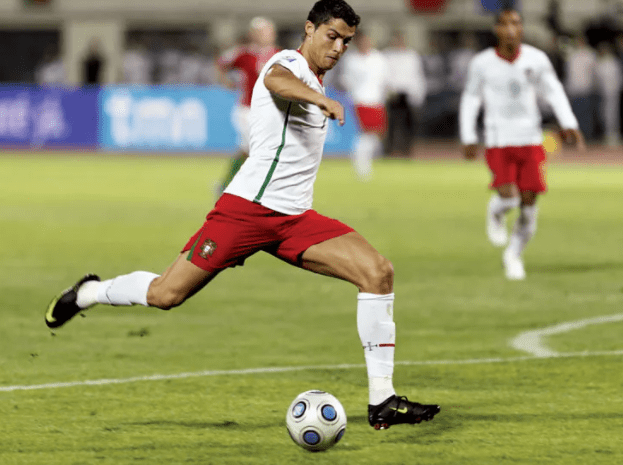 Up next is Cristiano Ronaldo — again. With so much money, Ronaldo owns two of the world’s most expensive cars. This time it’s the one-of-a-kind Bugatti La Voiture Noire.

Ronaldo’s extremely expensive car is super rare, like super rare — there’s only one in existence. That means the Bugatti La Voiture Noire is one of the most expensive and one of the rarest cars ever made.

So how much is this thing worth? Estimates say the price tag comes in at a steep $18.9 million, but that price is sure to get higher with time.

Unlike most cars, this ultra-pricey Bugatti has six exhaust pipes, which supposedly improves speed.

Car or Collection Value: $28.4 million
Net Worth of Owner: Beyoncé and Jay-Z have a combined net worth of $1.35 billion
Interesting Fact: Jay-Z is called “hip-hops first billionaire”
Car Fact: Only three cars of this kind exist 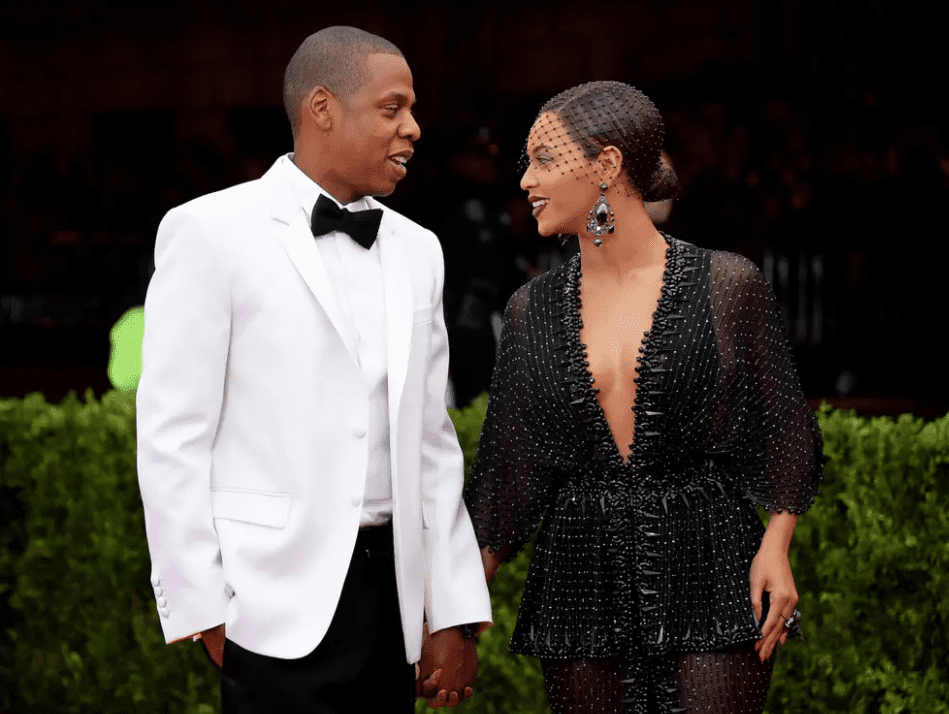 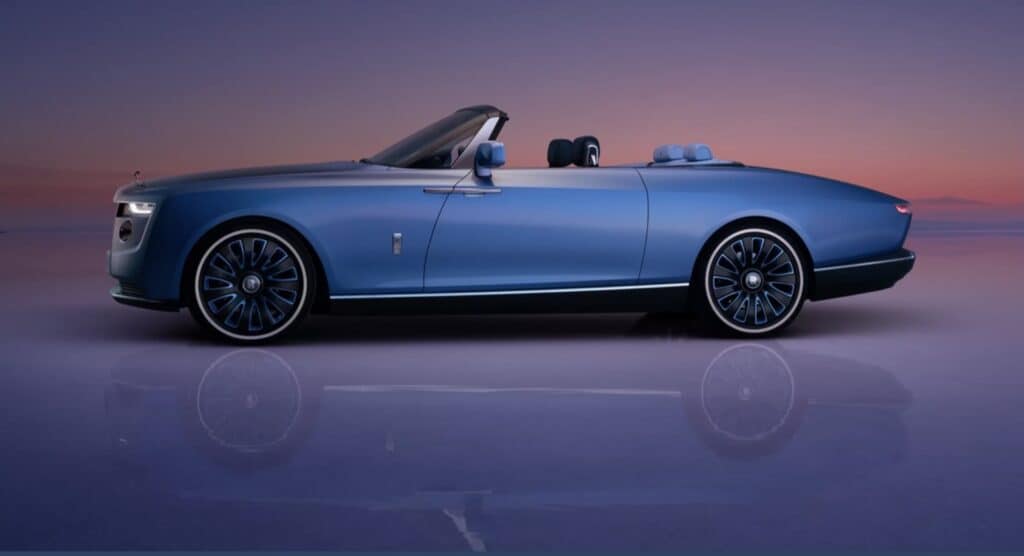 Beyoncé and Jay-Z are rich, like really rich. The artists have been iconic figures in the world of music together and individually for decades — both selling countless records and filling up massive stadiums. Unsurprisingly, their success as artists has earned them a ton of money. For Beyoncé’s part, the singer is worth a jaw-dropping $355 million. Jay-Z joins her with $1 billion to make them one of the wealthiest celebrity power couples on the planet.

With all that money, Beyoncé and Jay-Z are no strangers to expensive purchases. In 2017, the couple reportedly purchased a ritzy mansion in Bel-Air for $88 million. The 30,000 square foot mega-home includes four outdoor swimming pools and an at-home spa.

After buying their home, the couple made another multi-million-dollar purchase — a rare Rolls-Royce worth $28.4 million. The luxury car is one of just three in existence, making Beyoncé and Jay-Z the joint owners of the fifth-most expensive car in the world. 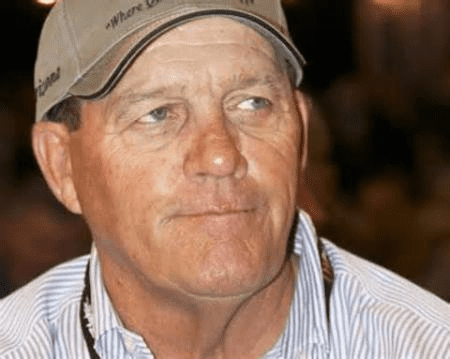 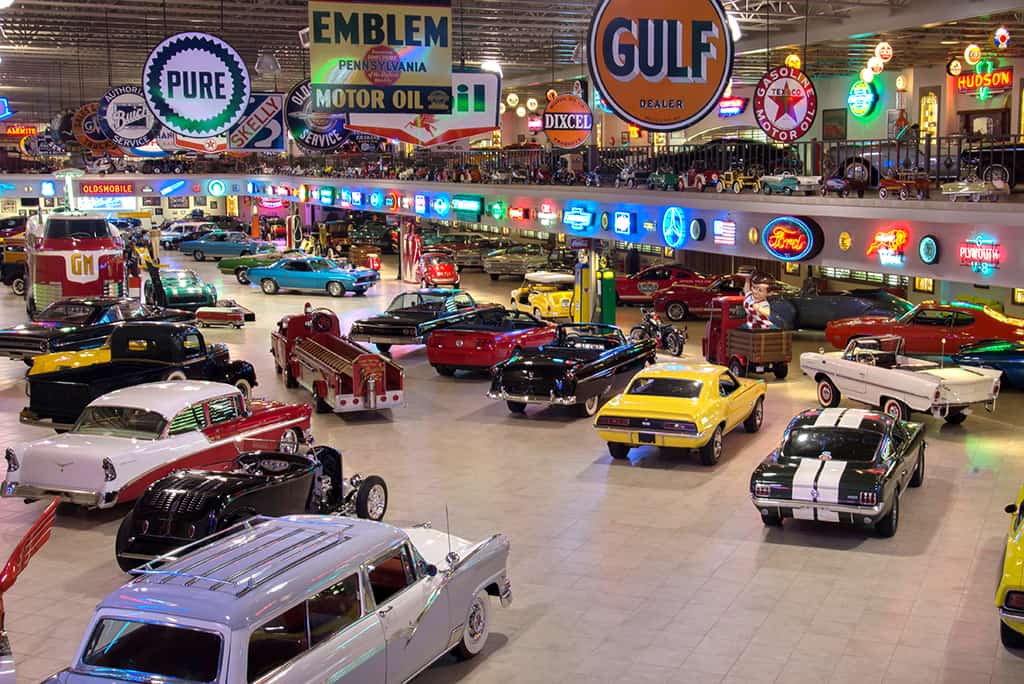 Anyone who’s made an extremely successful business probably has quite a bit of spare cash. Ron Pratte proves that theory with his massive car collection worth an estimated $40.44 million.

Pratte himself is worth about $350 million (mostly from his construction supply business), so he can definitely afford pricey vehicles.

Interestingly, Pratte decided to sell his entire collection around 2021. The proceeds didn’t line Pratte’s pockets though, they went to charity. The auction house behind the event called the Pratte auction “a historic occasion in automotive history.” 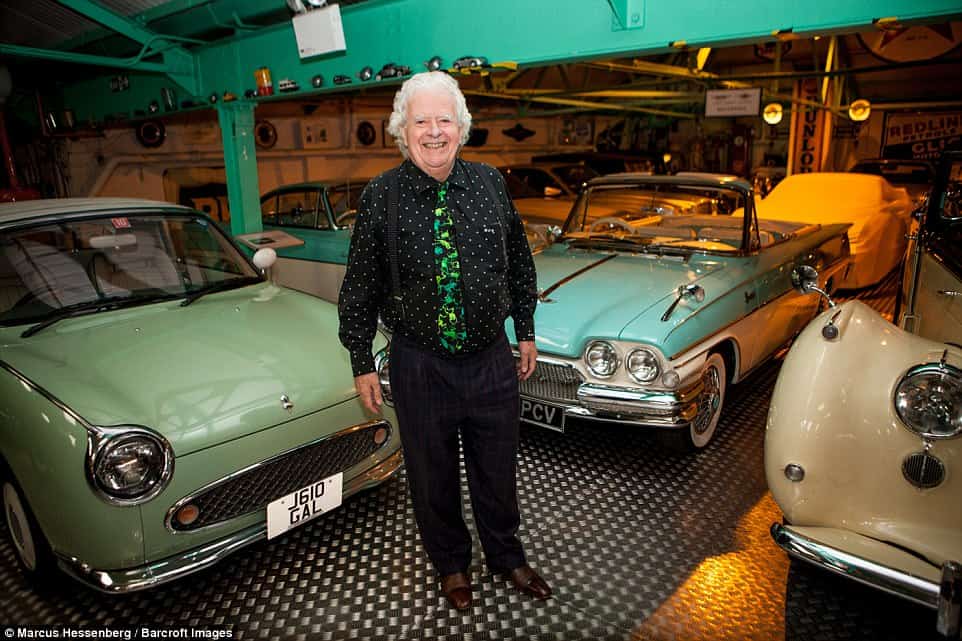 Rodger Dudding is a British business magnate worth an estimated $237 million. The ultra-wealthy businessman started building his fortune in the 1970s when he made the paper ticket machine used by Harrods and Selfridges.

With plenty of money for several lifetimes, Dudding decided to build a collection of pricey cars. Many of Dudding’s cars are classics worth thousands of dollars.

Over the years, Dudding’s collection grew to 350 unique vehicles — but he has plans to buy more according to a report from 2017. Maybe 400 cars would be enough?

Dudding spent £7 million upgrading his garage to store his collection. 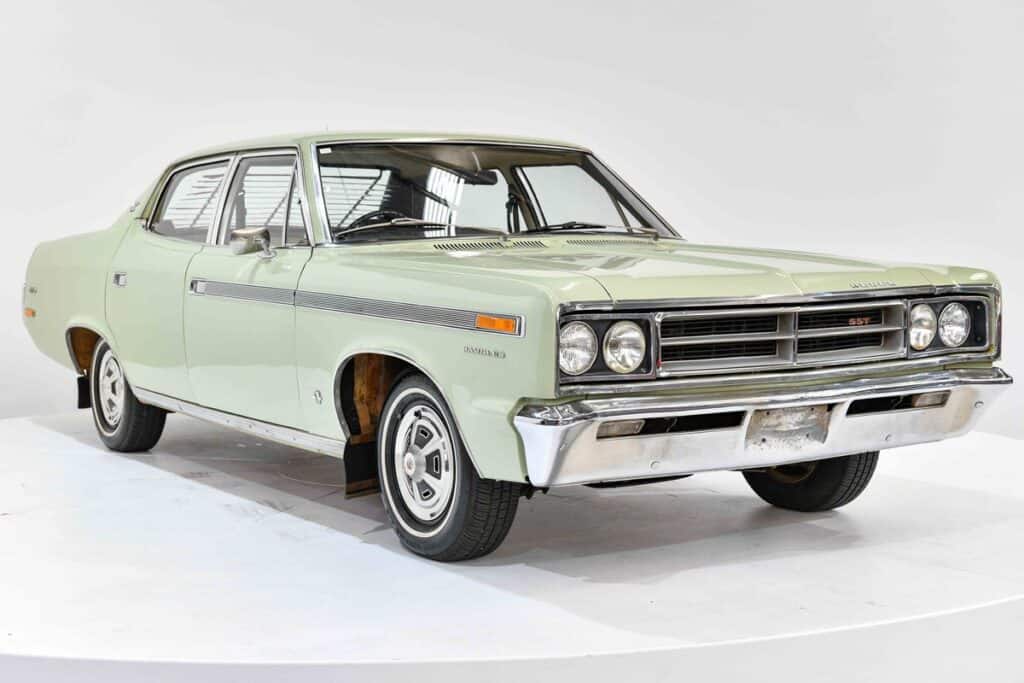 The Gosford Classic Car Museum is a collection of expensive cars owned by wealthy real estate developer Tony Denny. Like other people on this list, Denny is incredibly wealthy — with a net worth of about $333 million!

With so much money on hand, Denny decided to open a car museum. The museum started development in 2015 when Denny purchased some land with a large warehouse for $13.2 million. The cars were eventually moved in, creating a collection worth about $70 million. That’s a lot of money!

The Gosford Classic Car Museum has 40 staff members watching over the ultra-expensive collection.

Car or Collection Value: $5 billion
Net Worth of Owner: $30 billion
Interesting Fact: The Sultan owns about 7,000 cars
Car Fact: Some of the Sultan’s cars are custom made 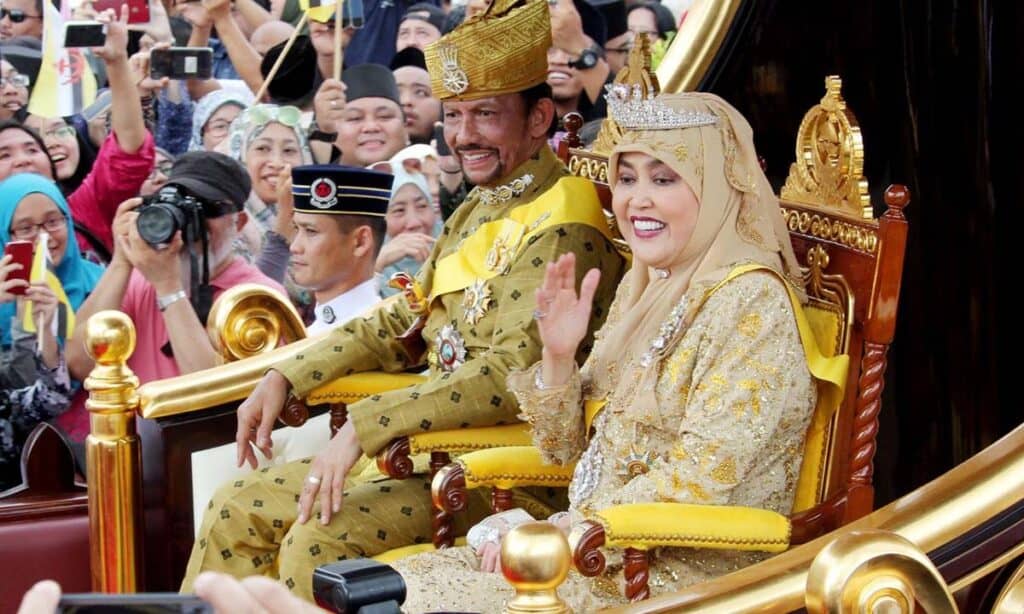 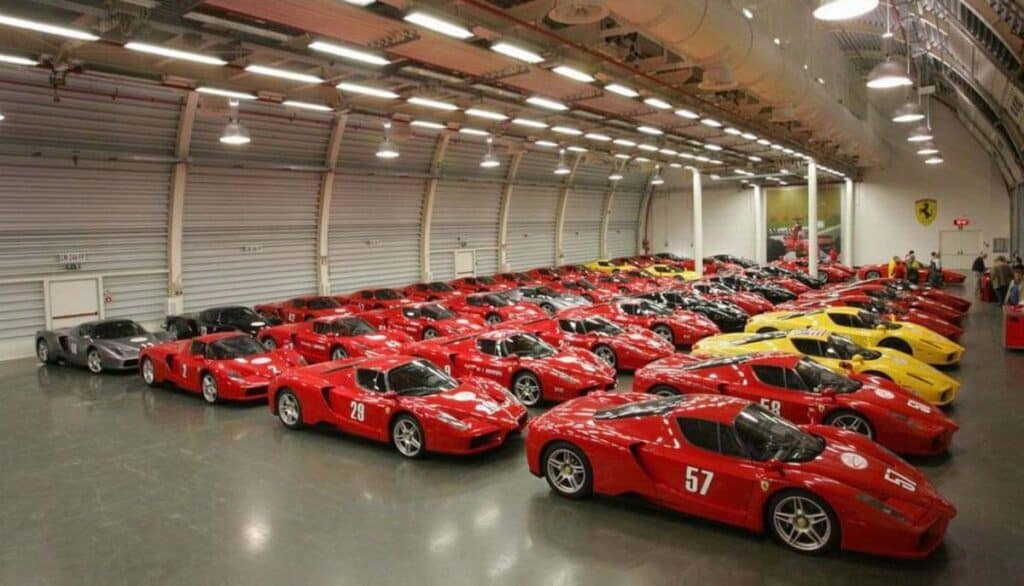 The Sultan of Brunei Owns the most expensive cars in the world.

With an estimated value of $5 billion, the Sultan’s massive car collection is jaw-droppingly expensive. The rich ruler is known for his opulent lifestyle and extravagant possessions, including private jets, hundreds of Ferraris, and massive houses.

When it comes to his cars, the Sultan’s collection is truly showstopping. Beyond ultra-rare models, the ruler owns several custom-made vehicles that are certainly among the most expensive cars in the world.

With so many cars in private hands, many of the Sultan’s vehicles sit in warehouses for years without ever getting used.

8 Most Expensive Baby Strollers in the Market