In general, diamonds are considered pretty rare and are some of the most highly sought after gemstones in the world. However, lower quality diamonds are fairly common and are pretty accessible to nearly anyone. On the other end of the spectrum are the exceptional diamonds, which did not come around very often and can fetch tens of millions of dollars at auction. These highly valuable diamonds are always one or more of the rare types of diamonds on this list. Diamonds can be rare because of their color and/or their type, which is based on the level and type of chemical impurities present in the stone.

Overall, naturally colored diamonds are very rare and they only comprise 0.01% (across all colors) of the total diamonds mined around the world. 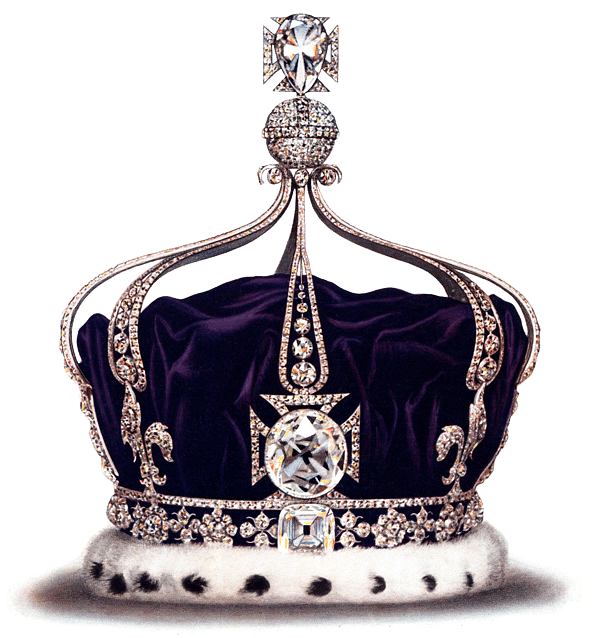 Type IIa diamonds take longer to form, which contributes to their exceptional quality. In general, Type IIa diamonds are very expensive, and some of the most notable examples are worth tens of millions of dollars or are even considered priceless.

Type IIa diamonds are so spectacular and beautiful that many notable examples are part of various crown jewels, including the Koh-i-Noor and Cullinan Diamond (both British Crown Jewels) and the Daria-i-Noor (Iranian Crown Jewel). 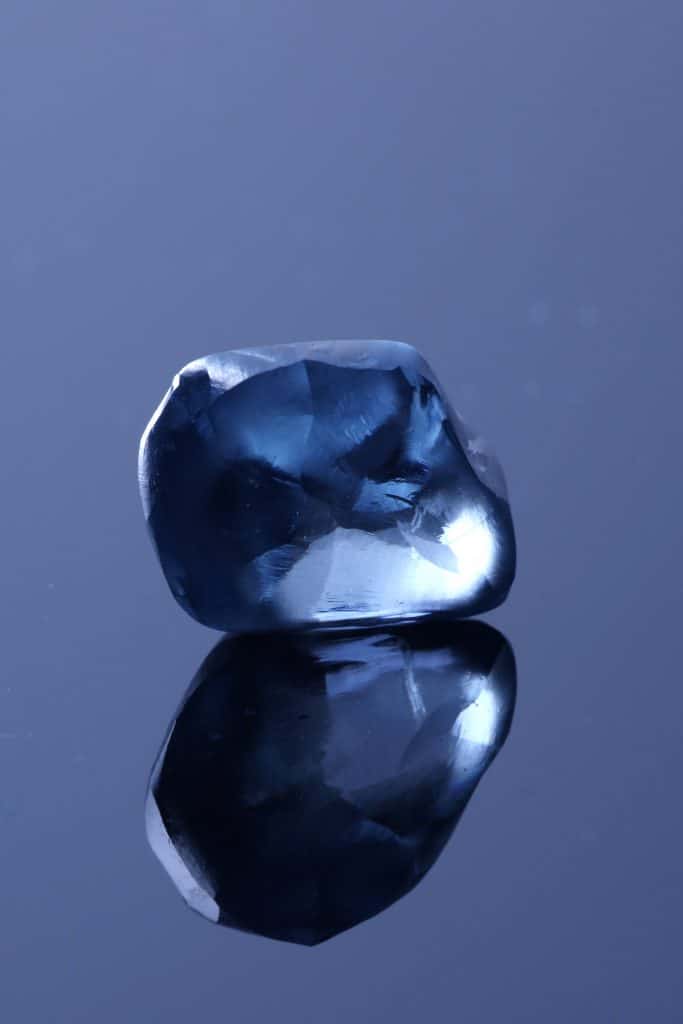 Due to the presence of boron, Type IIb diamonds can conduct electricity. 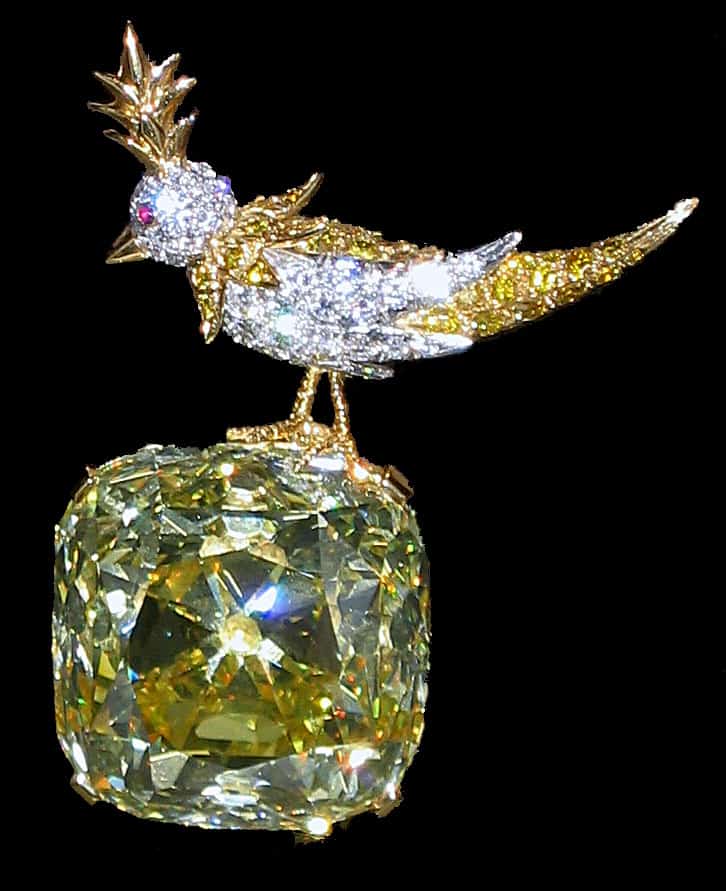 Generally speaking, diamonds are classified by the level and type of their chemical impurities. The system has four basic types: Type Ia, Type Ib, Type IIa, and Type IIb. About 98% of diamonds are Type Ia, the most common and the other three types make up the remainder of all diamonds mined, making these types significantly rare.

Of the four types, Type Ib is the rarest, with less than 0.1% of diamonds receiving this classification. Type Ib diamonds contain scattered nitrogen atoms, which usually results in a yellow, brown, or orange hue.

The best example of Type Ib diamonds are the famed Canary diamonds, which are vivid deeply yellow diamonds worth millions of dollars. 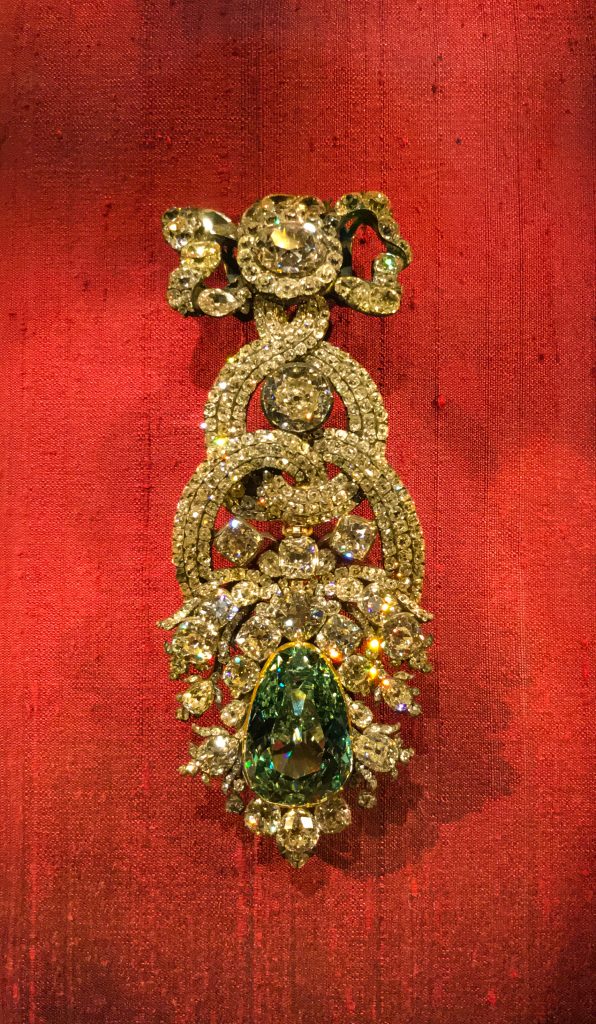 Most natural green diamonds have a color that only resides on the surface, rather than having the color evenly distributed through the stone. This makes shaping green diamonds very difficult since the sparse coloring needs to be preserved.

The green in natural green diamonds is caused by natural irradiation. Because gemologists know that irradiation can cause a green color to appear, many green diamonds on the market have been irradiated in a lab.

Percentage of Total Diamonds Mined: Unspecified – less than 0.001%
Current Value: Varies depending on secondary hue, cut, clarity, and other factors – ranges between a few thousand to about $1 million per carat
Notable Examples: The Orange (sold for $35.5 million); The Pumpkin Diamond (Est. value: at least $3 million)
Largest Producer(s): Western Australia and South Africa 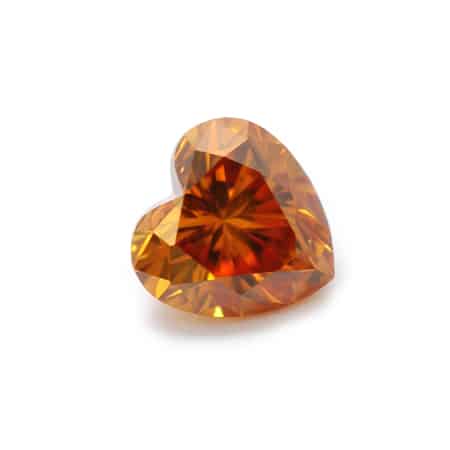 Since the color orange is a combination of yellow and red, pure orange diamonds – which would have just the right amounts of yellow, red, and other secondary tones – are very difficult to find. However, overall, orange diamonds are not as rare as red, blue, pink, and purple diamonds. Diamonds with orange tints pop up fairly frequently, but the Gemological Institute of America rarely ever grades a stone as being pure orange.

Orange diamonds get their color from the presence of nitrogen, which is what also makes yellow diamonds yellow. Usually, orange diamonds have either a brown, yellow, or pink overtone, with the orange hue being the stone’s secondary color. Any diamond with less than 25 percent orange tones, is labeled as “orangy.” 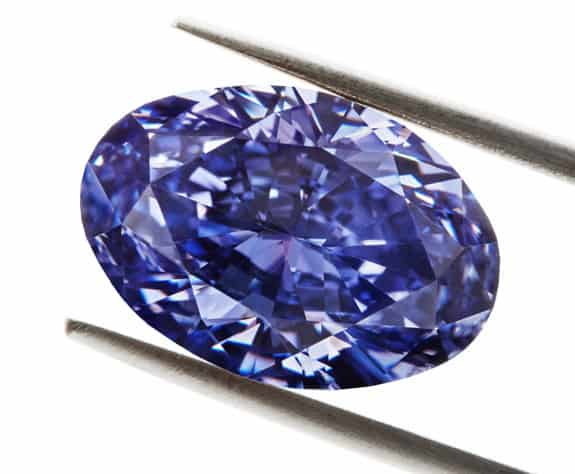 While secondary colors typically cause a diamond to lose value, overall, purple diamonds are quite expensive, and often sell for a few tens of thousands of dollars and upwards of a few million. Purple diamonds mostly come from the Argyle Mine, Siberia, Russia, Brazil, and sometimes Canada.

While the origins of the color of the purple diamond are not certain, it is believed that hydrogen and boron play a role in creating the purple color, as large amounts of both elements are found in purple diamonds. 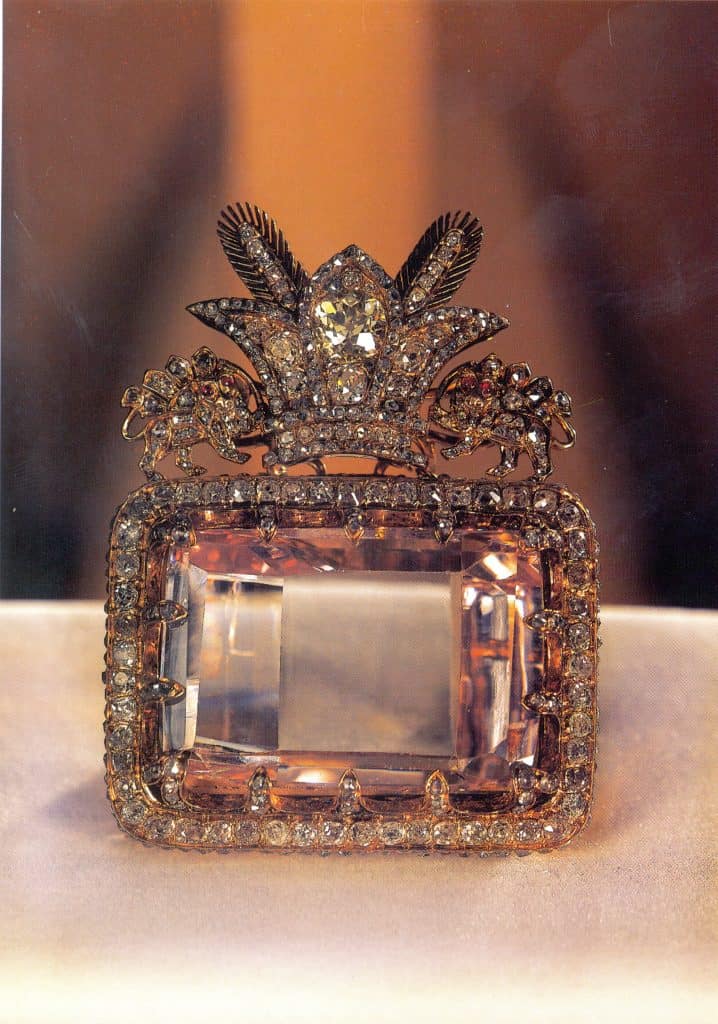 Of all the naturally colored diamonds, the pink diamond is the most desirable because of its beautiful rosy hue and its association with female celebrities and royalty. Because pink diamonds are in such high demand, high quality examples and larger carats can fetch very high prices. Some pink diamonds have been sold for tens of millions of dollars, while some like the Daria-i-Noor and Noor-ul-Ain, both Iranian crown jewels, are essentially priceless.

Like most of the world’s naturally colored diamonds, a majority of pink diamonds come from the Argyle Mine in Western Australia. Pink diamonds are also found in Brazil, Russia, Siberia, South

Africa, Tanzania, and even Canada.

Similar to red diamonds, no one knows for sure how pink diamonds get their color. It is believed that pink diamonds were originally colorless diamonds that had their structures deformed and altered while coming up to the Earth’s surface. 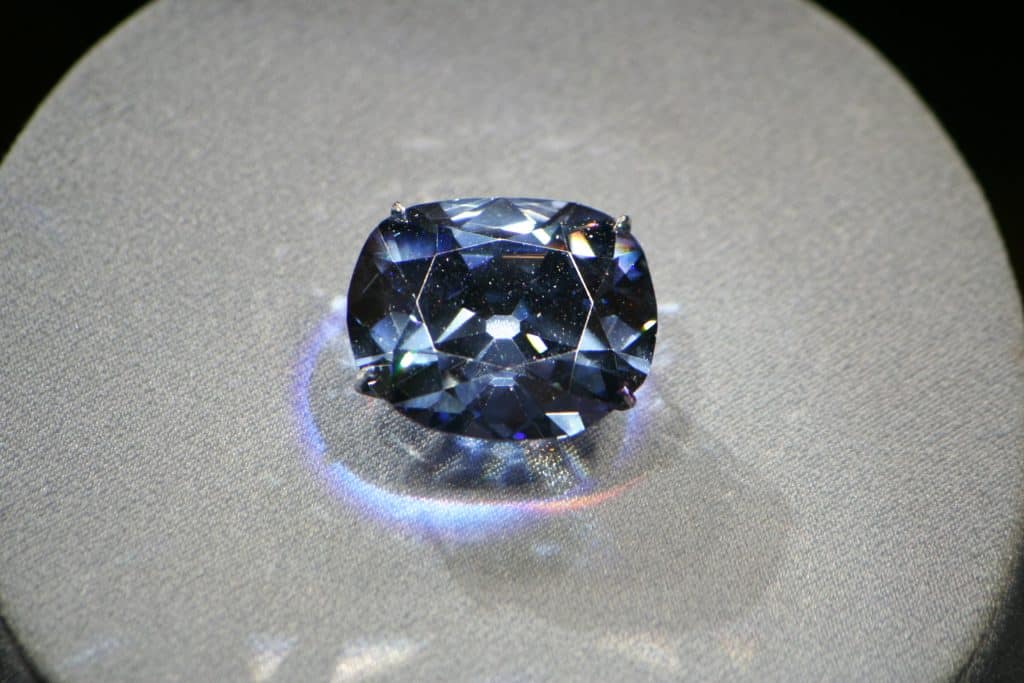 Just behind red diamonds in rarity, are blue diamonds, which are actually more valuable than reds because of demand. While blue diamonds are the second rarest type of diamond, there have been many notable examples, including the famed Hope Diamond, which is reportedly cursed due to the number of deaths associated with the diamond.

Blue diamonds receive their color from trace amounts of boron found in the diamond’s crystal lattice structure. A majority of the world’s blue diamonds come from India, followed by South Africa, Western Australia, and recently in Botswana.

According to newer research, blue diamonds formed about 250 miles to 410 miles (410 to 660 kilometers) below Earth’s surface, making them the deepest diamonds in the world. 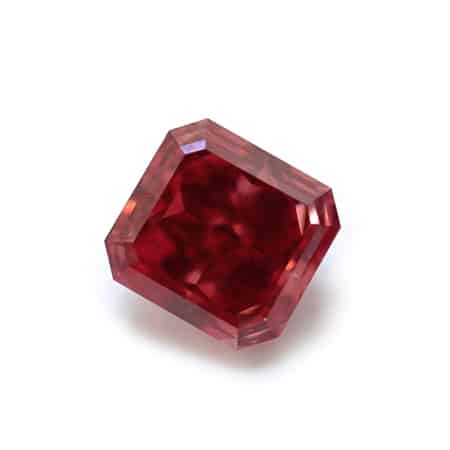 Of all the different types of diamonds out there, red diamonds are the rarest diamonds in the world. Natural pure red diamonds are so rare that less than 30 examples have ever been found. Due to the extreme rarity of red diamonds, they are typically worth hundreds of thousands of dollars per carat. For

In addition to the rarity, red diamonds are also pretty mysterious. Despite decades of research, no one is quite sure how red diamonds acquired their color. The leading theory is that red diamonds are actually really dark pink diamonds that experienced a plastic deformation in its crystal lattice structure, causing humans to see red instead of pink.