Tigers are some of the coolest and most recognizable animals in the world. They’re staples at zoos around the world and have fascinated humans for centuries. However, despite the adoration, tigers are one of the most threatened species in the world. Tiger numbers have continually been in decline for decades and there are less than 4,000 tigers remaining in the wild.

Of every documented tiger subspecies, only six remain and all of them are endangered or critically endangered. One subspecies of tiger on this list is even currently considered extinct in the wild, with few individuals in captivity. While many factors contribute to the decline of the world’s wild tiger population, the largest threat they face is from human activities, including illegal poaching, habitat loss due to human expansion, and human conflict (killing tigers because they pose a “threat”). Hopefully, raising awareness of tigers’ current circumstances can help save these majestic creatures.

As of September 2019, the population estimates for these tiger subspecies is as accurate as possible. This information will be updated as needed.

When people think about tigers, they’re most likely picturing the Bengal Tiger, which is not only has the most populous tiger subspecies, but also represents all tigers. As the tiger subspecies with the highest numbers, Bengal Tigers are found at zoos and wildlife parks around the world, and even live shows in Las Vegas. If you’ve ever seen a tiger in person, it was most likely a Bengal Tiger.

While there are more Bengal Tigers than the other five subspecies combined, Bengal Tigers are still endangered animals. Like all tigers, the Bengal Tiger population is in decline, primarily facing human threats, especially illegal poaching. 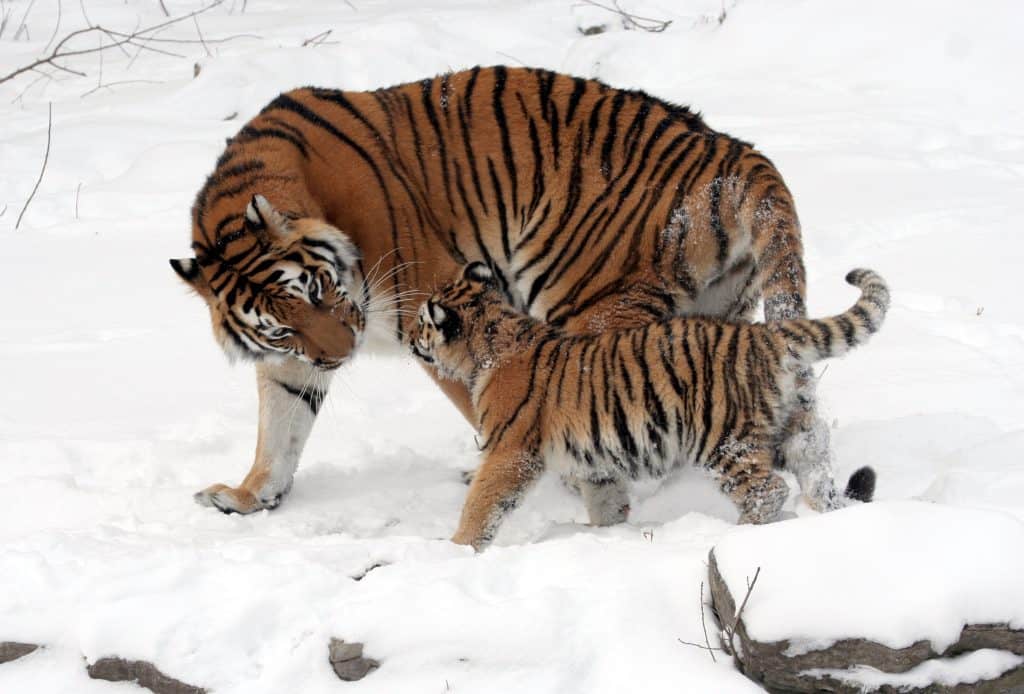 The Siberian or Amur Tiger is primarily found in the dense forests of the Russian Far East, but also lives in parts of Northeast China and possibly North Korea. In the past, the Siberian Tiger’s range was much larger and could be found throughout the Korean Peninsula, north China, and Mongolia in addition to the Russian Far East.

Unfortunately, over hunting nearly decimated the wild Siberian Tiger population and its numbers have fluctuated over the years. After Russia became the first country to grant a tiger subspecies (the Siberian Tiger) full protection, its population has stabilized at more than 500, but less than 600.

In captivity, the Siberian Tiger is the largest of all the remaining tiger subspecies, growing as large as 660 pounds (300 kilograms) and 10.75 feet (3.28 meters) long. However, in the wild, the Bengal Tiger is bigger. 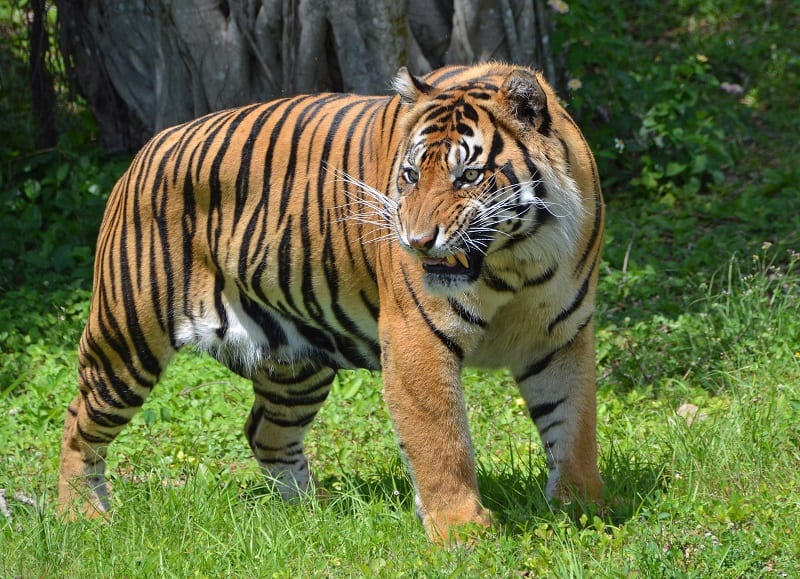 The Sumatarn Tiger is the last remaining tiger supspecies in the Sundra Islands of Indonesia, which used to also be home the Bali and Javan Tigers – the Bali Tiger went extinct in the 1950s, while the Javan Tiger was last seen in the 1980s. Sources differ, but it is estimated that there are between 400 to 600 Sumatran Tigers left in the wild.

DNA analysis suggests that the Sumatran Tiger became isolated from other tiger populations after a rise in sea level that occurred between 12,000 to 6,000 years ago. Due to this, Sumatran Tigers evolved differently and have no problem living on their island home. The Sumatran Tiger population is in decline mainly because of human activity like the expansion of palm oil plantations.

The Sumatran Tiger is the smallest subspecies of tiger, and also has the darkest fur (very dark orange) and the highest density of stripes compared to the other tigers. 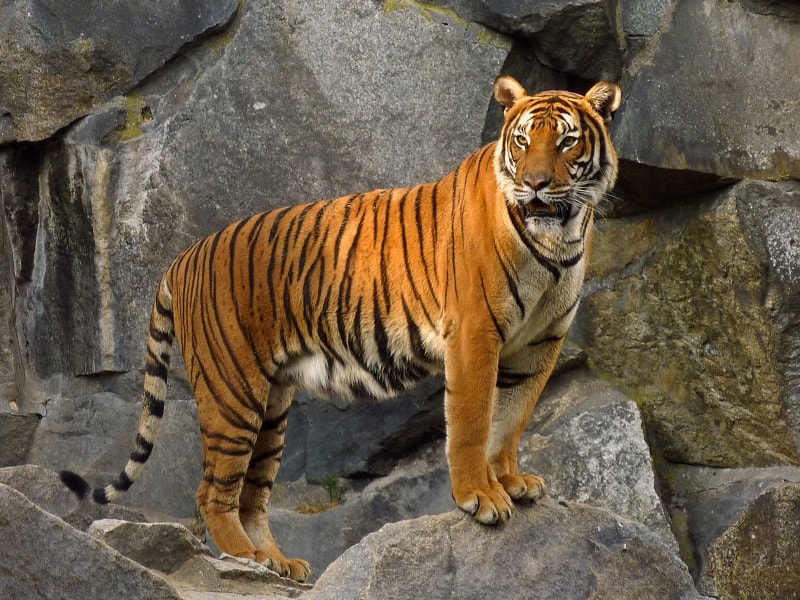 The Indochinese Tiger is native to Myanmar, Thailand, Laos, Vietnam, Cambodia, and southwestern China. However, scientists believe that the Indochinese Tiger may be extinct in China as no individuals have been seen in the area in recent years. Research also suggests that there might not be any breeding Indochinese Tigers left in Cambodia and Vietnam as well.

Although all tigers are fairly mysterious, the Indochinese Tiger is solitary and very elusive, so little is known of the animal’s behavior in the wild. Of all the remaining tiger subspecies, Indochinese Tigers are the least represented in the captive population. Since the Malayan Tiger was split off into its own subspecies in 2004, there are less than a handful of Indochinese Tigers in zoos around the world.

The Indochinese Tiger’s scientific name, Panthera tigris corbetti, pays homage to Jim Corbett, a British hunter who took down man-eating tigers and leopards in India, but later became a conservationist 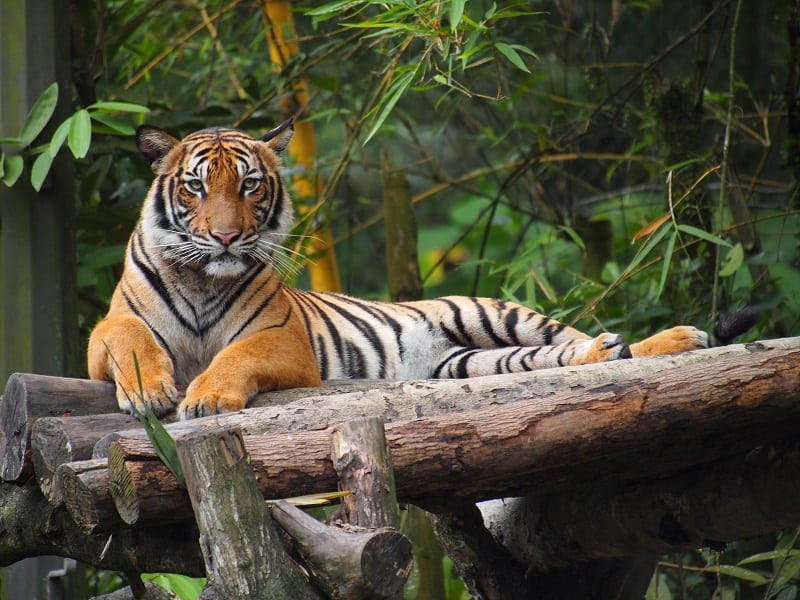 Until 2004, the Malayan Tiger was classified as the same species as the Indochina Tiger. However, following a genetic analysis, it was determined that the Malayan Tiger was its own subspecies and it was dubbed the Panthera tigris jacksoni, in honor of Peter Jackson, a famed tiger conservationists (not the famous film director).

In the Malay language, the Malayan Tiger is called harimau, often shortened to just rimau. 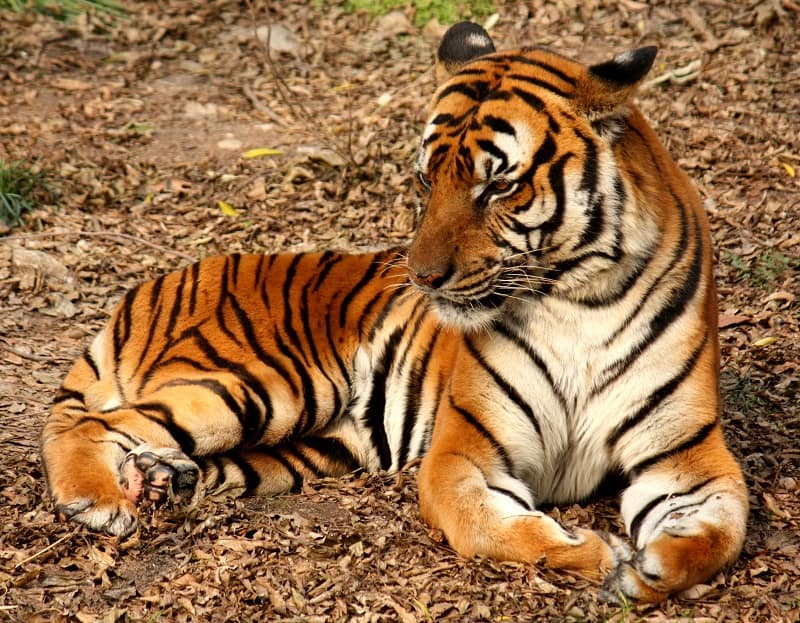 It was previously thought that the captive population of South China Tigers was too small and lacked enough genetic diversity, but since the start of a centrally registered studbook a few years ago, there is some hope that the South China Tiger could be re-introduced into the wild in the future.

In the early 1950s, it was estimated that there were about 4,000 wild South China Tigers, but those numbers drastically dropped with a few decades. Thousands of South China Tigers were killed for being “pests” and more died because of habitat degradation.