Amiibos are figurines that provide special functions to various Nintendo games. The figures were first launched in November 2014 to much fanfare and became something new to collect. Besides their game capabilities, Amiibos are fairly high quality figures and perfect for displaying. Like any collectible items, some Amiibos are rarer and more valuable than others, especially in the West.

The reason for these Amiibos’ rarities ranges from unique manufacturing ability to store and even country exclusivity. As the home country of Nintendo, Japan doesn’t seem to have the same availability issues as the rest of the world. While many of the Amiibos on this list are only rare outside of Japan, a few are so rare that they are essentially priceless.

To understand just how valuable these rare Amiibos are, the original retail price of Amiibo figures ranges from $12.99 to about $39.99 for really special editions.

As of September 2019, the values on this list are as accurate as possible and will be updated as needed. 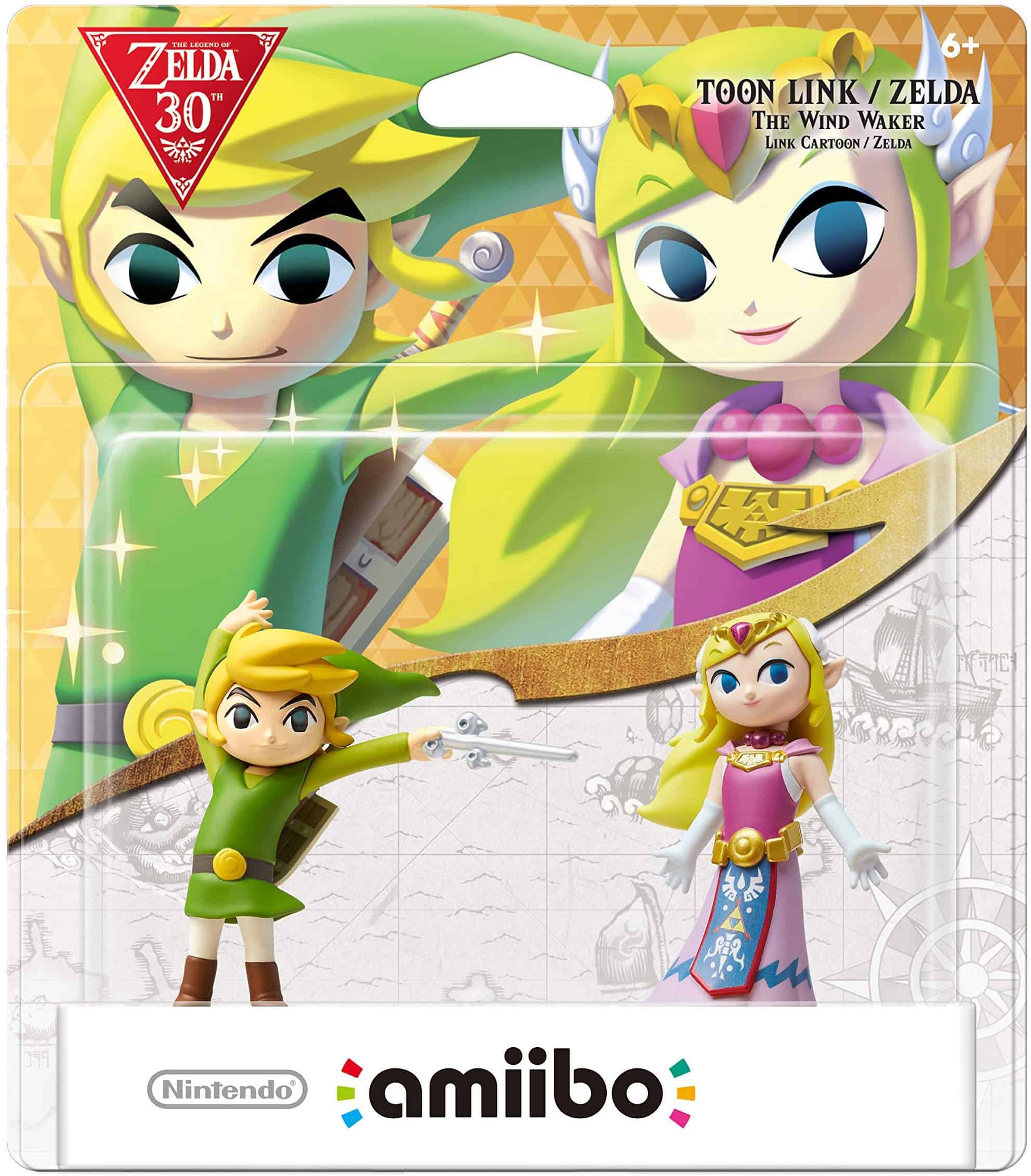 The Toon Link and Zelda Amiibos were released for the 30th anniversary of The Legend of Zelda (the original game), but the figures were from The Wind Waker game. 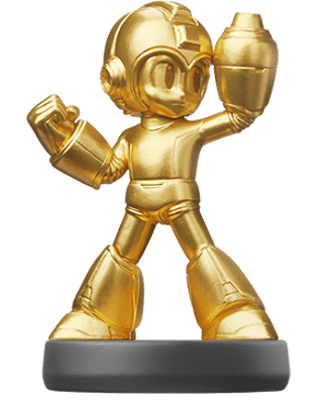 At one point, the regular Mega Man Amiibo was pretty rare in North America as it was not restocked very often, but in recent years its become more widely available. 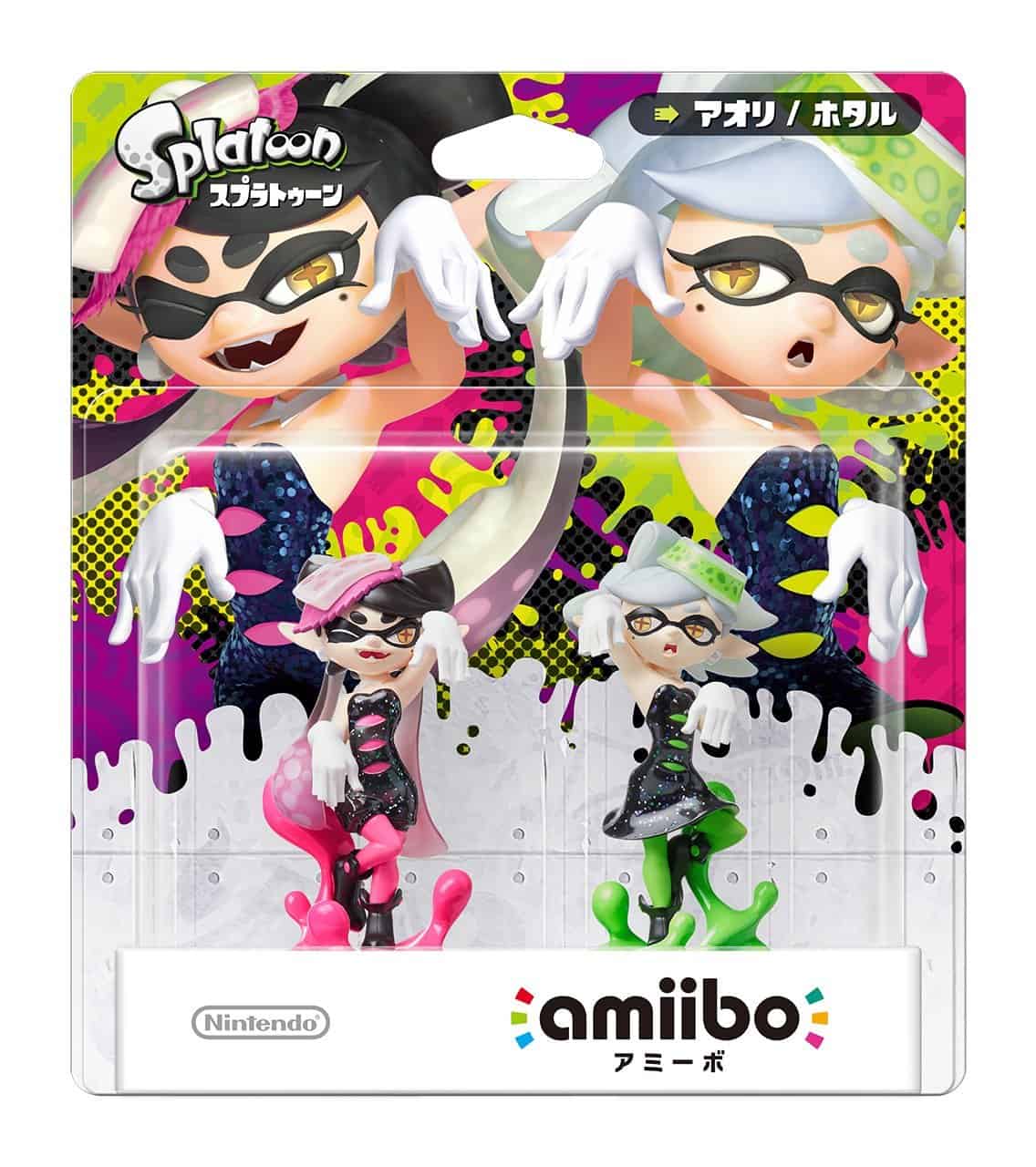 Over the years, many Amiibo figures have become less available in North America, pretty much selling out at every major retail store as well as their websites. These days, Squid Sisters Callie and Marie from Splatoon are only available on the secondary market or from Japan at nearly six times the original price of $24.99, making them some of the rarest and valuable Amiibos out there.

Even as individual figures, the Callie and Marie Amiibos are hard to find and sell for about $87 for Callie and $72 for Marie on Amazon. 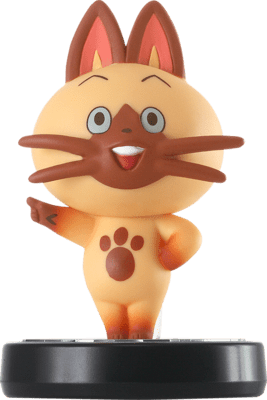 For some unknown reason, of all the Japan exclusive Monster Hunter Stories Amiibos, Navirou is the most valuable and rarest. Navirou appears to be sold out on official websites in Japan and is currently priced well over $100 on the secondary market; the Amiibo is $158 on Amazon. The popularity of the Navirou Amiibo is probably because he’s a cute little cat! 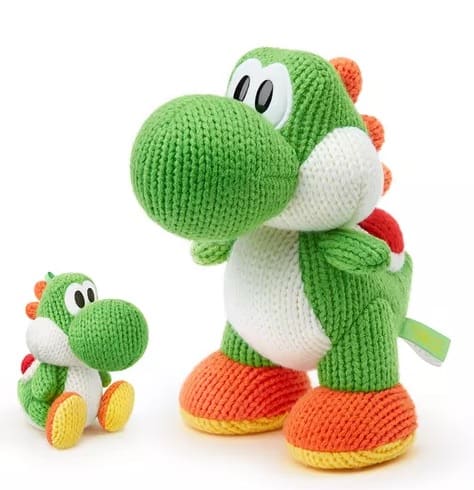 The Mega Yarn Yoshi is 2.5 times taller than the normal Yarn Yoshi Amiibo. 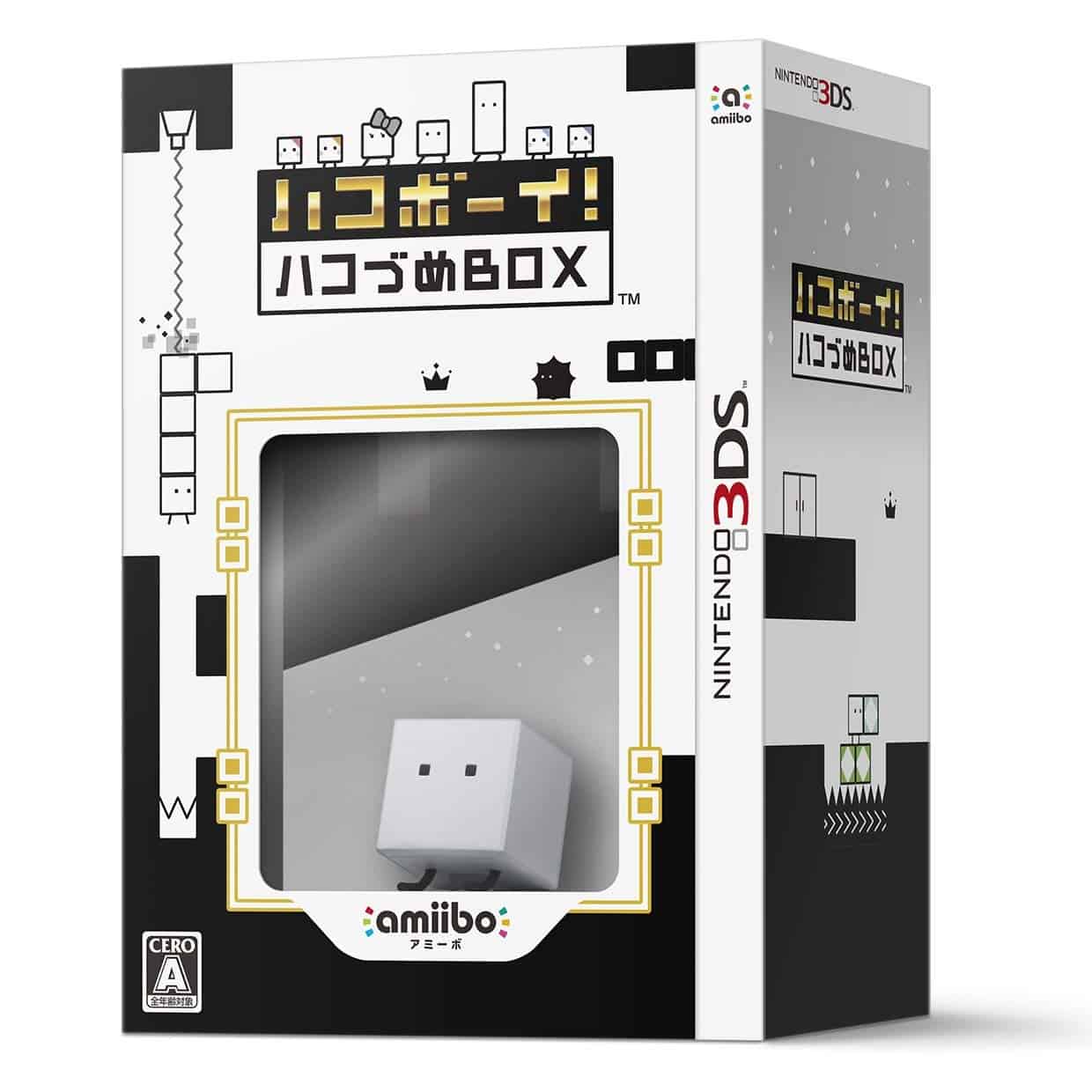 The Qbby Amiibo from the BoxBoy series of games is in a unique situation because its rare everywhere except for Japan. This Amiibo is not necessarily special, but it was only ever released in Japan and has a serious markup on the secondary market. Right now, Qbby is listed between $244 to $330 on Amazon and eBay.

Another reason for the high price of the Qbby Amiibo is that the Stuffed Box version comes with all three games in the BoxBoy series. 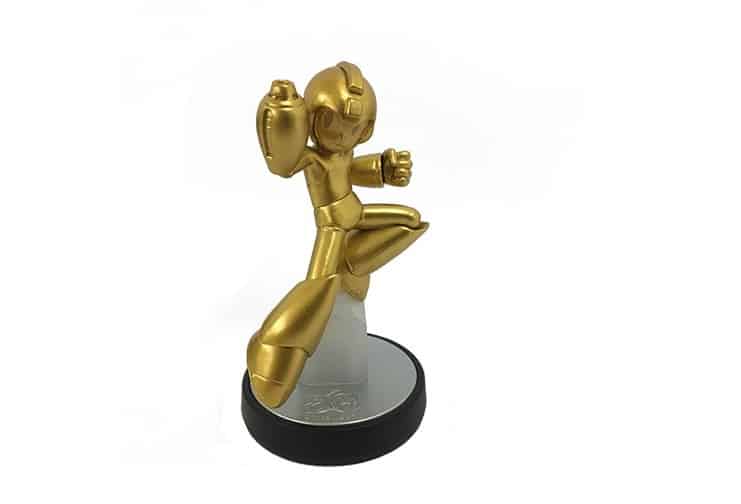 Unlike the rarest Amiibos on this list, the golden Mega Man 11 figure does not necessarily have any monetary value, but is rare because of its exclusivity. To celebrate the 30th anniversary of Mega Man and the release of a new game and Amiibo, Capcom held a special raffle contest for Japanese fans and one of the grand prizes was a golden Mega Man 11 Amiibo. There were only 10 figures available and none have turned up on the secondary market yet.

While the golden Mega Man 11 Amiibo looks super cool, it does not have any unique properties within the Mega Man 11 game.

Current Value: N/A; not available for sale, was a special prize
Year Released/Wave: Summer 2017
Reason for Rarity: Only one gold and one silver figure in existence
Key Compatible Games: Monster Hunter Stories 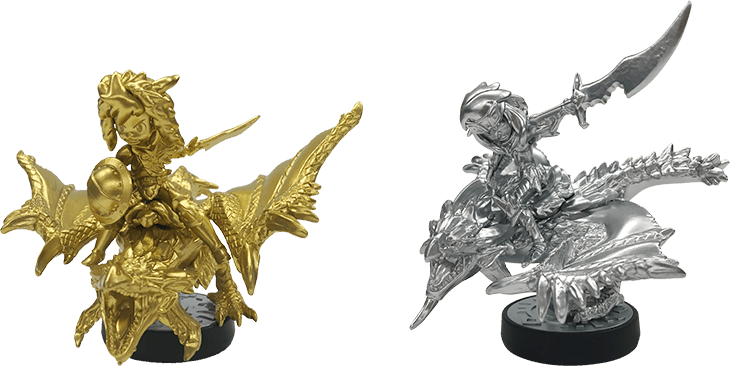 The gold and silver Monster Hunter Stories riders were specially crafted for the competition and appear to have much more detail than a typical Amiibo figure.

This Luigi Amiibo with a missing left hand is the last of the defective figures worth significantly more than its original price. While not nearly as valuable as the legless Princess Peach or dual cannon Samus Aran, the no left hand Luigi was sold for $500.

Like most of the older Amiibo figures, at one time Luigi was quite common, but has become harder to find at its original value. Right now, Super Smash Bros. Luigi is priced at $34.40 on Amazon.

Nintendo released a second Luigi Amiibo for the Super Mario Bros Series in 2015 and it’s double the price of a regular Luigi at $69.95 on Amazon. 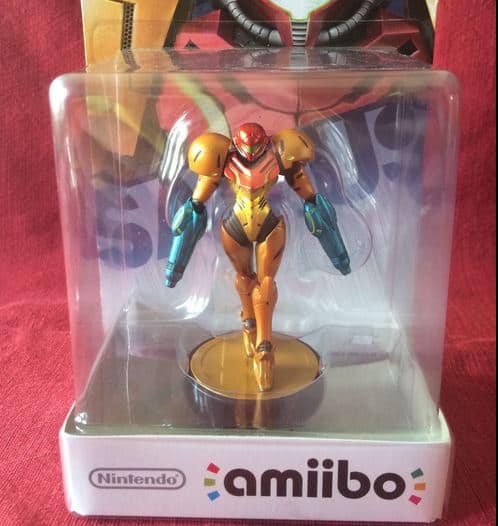 Samus Aran from Metroid was part of the first wave of Amiibo figures released in 2014 and while the figure was initially widely available, over the years it has become increasingly hard to find. With a reputation as a fairly rare Amiibo, it’s no surprise that a Samus Aran with an extra arm cannon fetched big bucks. The seller picked up the Samus Aran Amiibo for the regular price at a Best Buy, but sold it for $2,500!

The Samus Aran Amiibo is the figure with the highest number of defects; most commonly, the figure leans to one side. 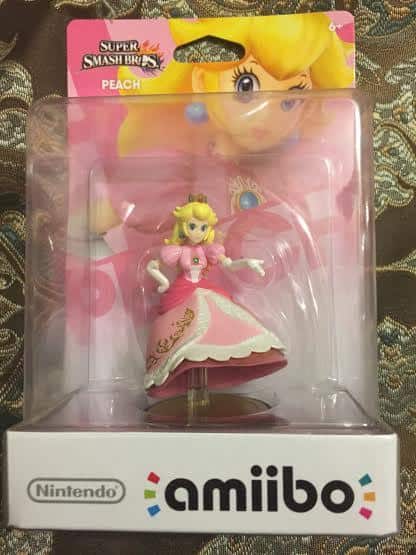 In addition to the legless Princess Peach Amiibo, someone received a figure with backwards legs and another that looked like Peach was “breakdancing.”