In the past few years, collecting and growing succulents has become increasingly popular around the world. Unfortunately, this renewed interest in the wide variety of plants has negatively impacted a number of succulent species in the wild. Many succulents, including the rare ones on this list, are illegally collected in the wild and sold to collectors around the world.

This has caused a number of succulents to become critically endangered in their wild habitats and some of the succulents on this list are very close to extinction. So while it may be nice to admire these rare succulents, be sure that any in your own collection were ethically sourced. 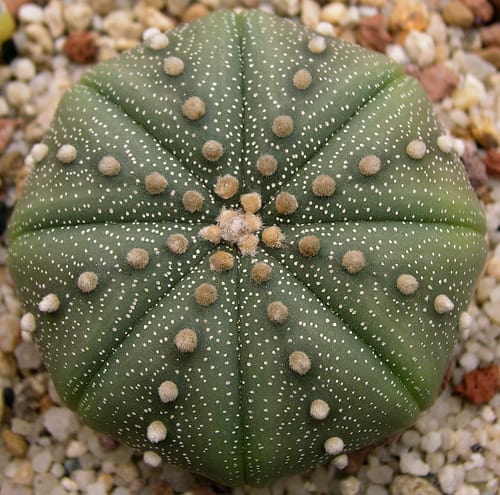 The Sand Dollar Cactus (also called sea urchin cactus, star cactus, or star peyote) is a rare spineless cactus that is native to parts of Texas and Mexico. This cute little cactus is widely cultivated by succulent/cacti enthusiasts. The Sand Dollar Cactus has been a popular ornamental succulent since it was first collected in the mid-1800s. 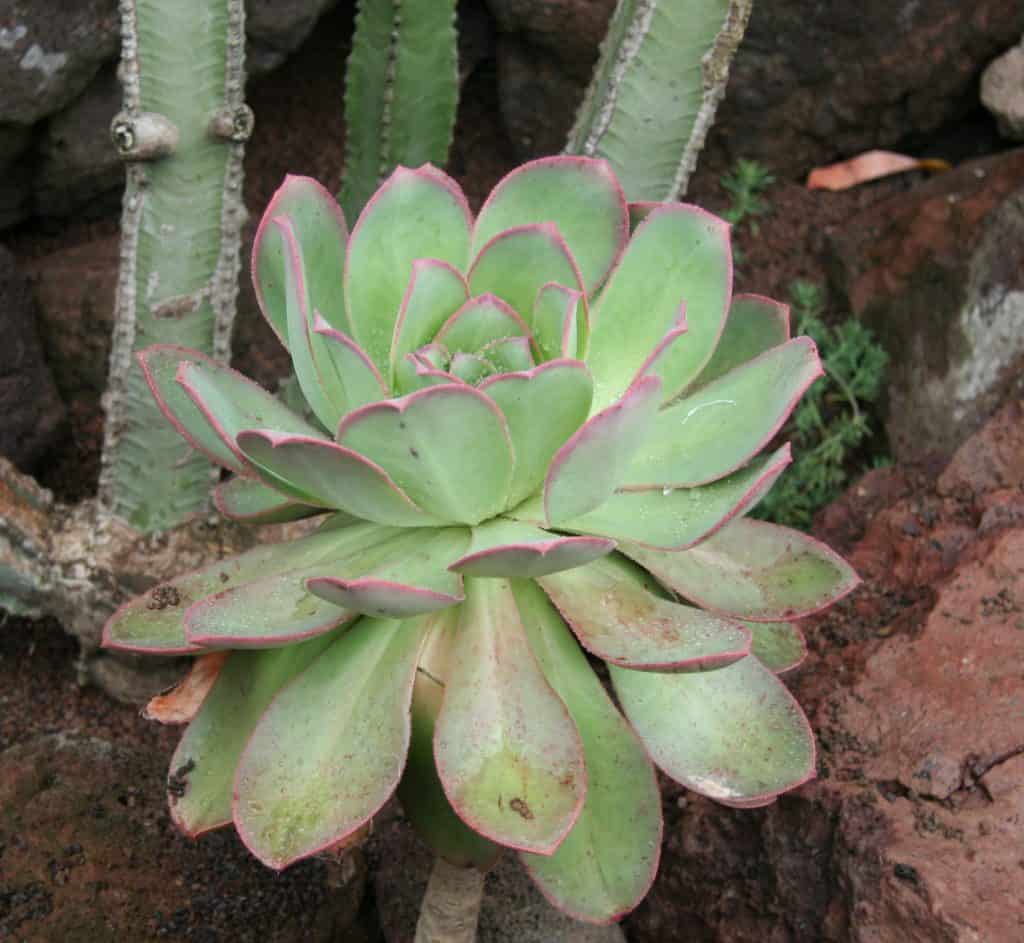 The Aeonium gorgoneum, which is called Salão by the local population on the Cape Verde Islands, is a rare succulent that is vulnerable to over harvesting. Salão is often used in traditional medicine to treat coughs as well as other medical issues. According to the IUCN Red List, there are fewer than 1,000  Salão plants left in the wild. 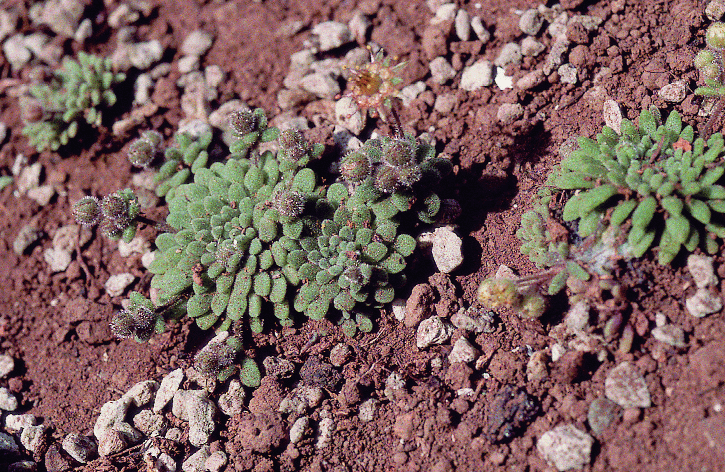 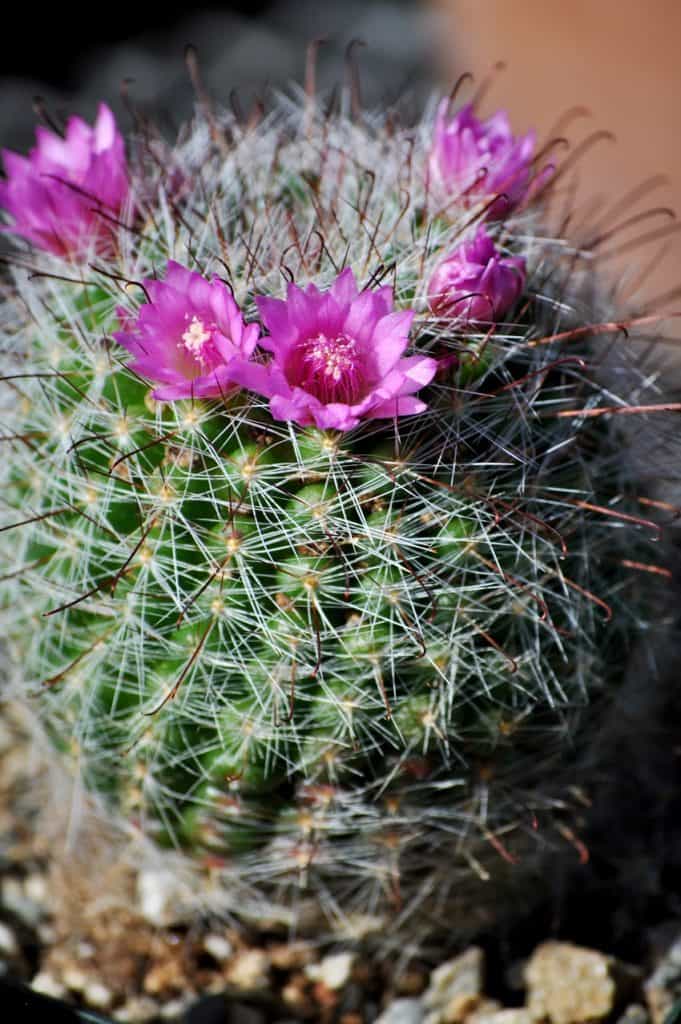 To make matters even worse, the Rose Pincushion Cactus only grows in an extremely small area (1 km² (0.386 mi²)) in  San Miguel de Allende in Cañada Virgen, Mexico. According to the IUCN Red List, there are fewer than 250 wild Rose Pincushion Cacti. 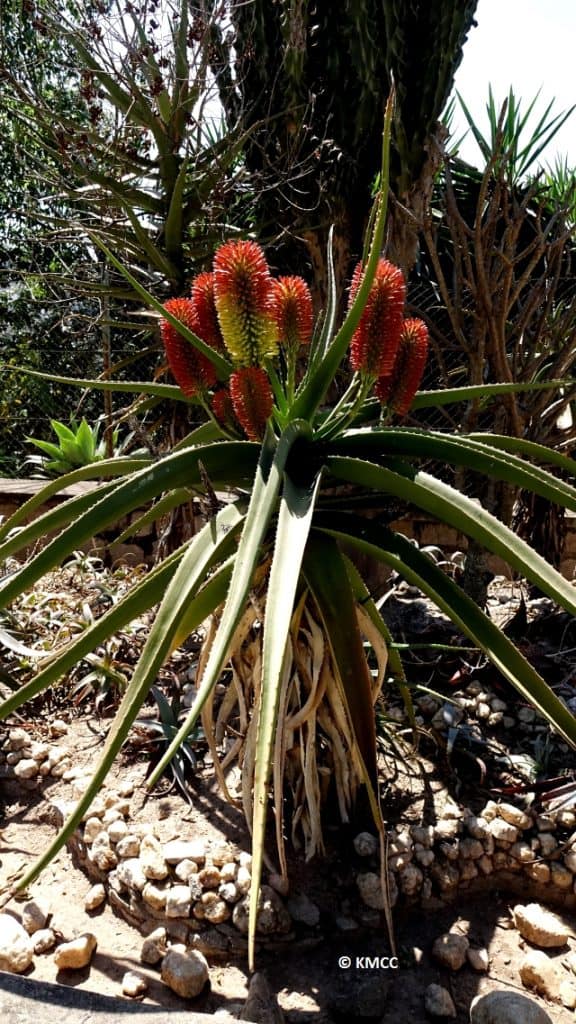 The Aloe helenae, which is also called the Vahondrandra on the IUCN Red list, is an endangered succulent native to southern Madagascar. It is estimated that there are around 200 – 500 Vahondrandras in the wild and that its population may be dwindling. The biggest threat to the survival of Vahondrandra is the destruction of its habitat, which is being cleared for agriculture and mining.

While the Vahondranda may not survive in the wild for much longer, there are a few living plants in botanic gardens around the world. Also, Vahondradra is occasionally being sold for private cultivation, but is still quite rare both in its natural habitat and in other parts of the world. 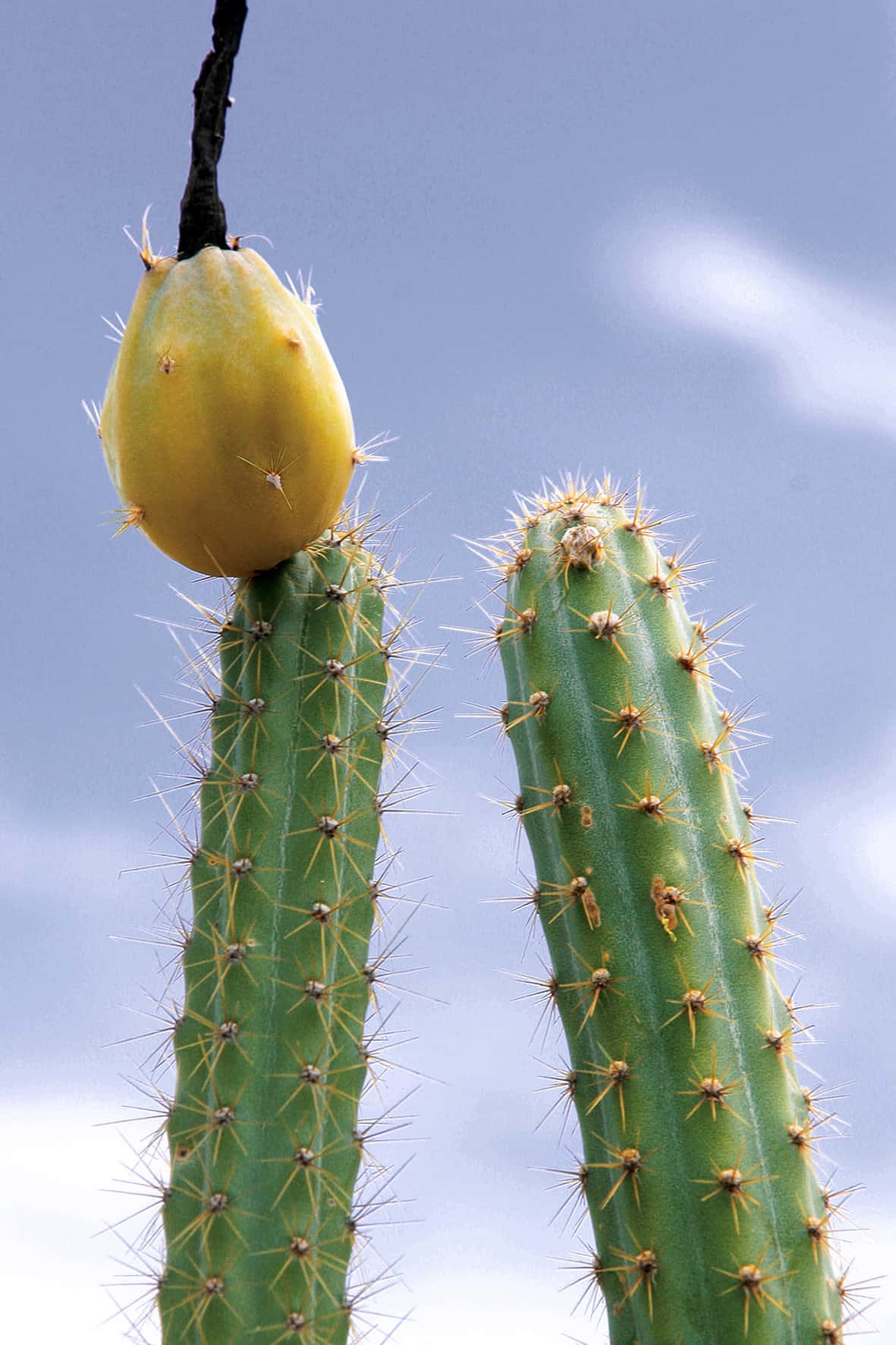 The Estevesia alex-bragae is the only known species of succulent in its genus. Not much is known about this very rare flowering cactus and it was only recently described in 2009 by Pierre J. Braun. Unfortunately, this already rare succulent is critically endangered and its believed that there are no more than 200 individual plants left. 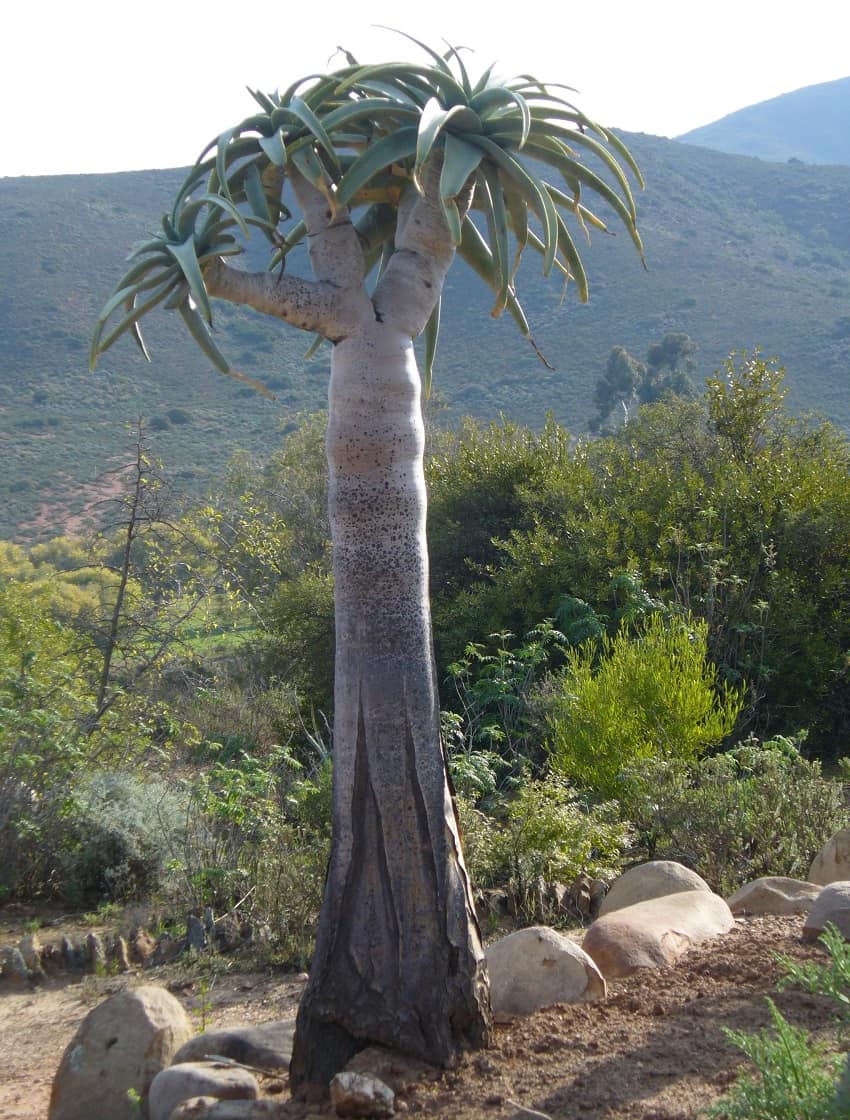 The Giant Quiver Tree and the other aloe trees used to be classified as aloes, but a new genus, Aloidendron, was created for these unique succulent trees. As its name implies, the Giant Quiver Tree can grow very tall, reaching a maximum height of about 10 m (32.8 ft). Some of the greatest threats to the Giant Quiver Tree, are its naturally small population, illegal collecting, low natural recruitment, and habitat loss through mining and livestock farming. 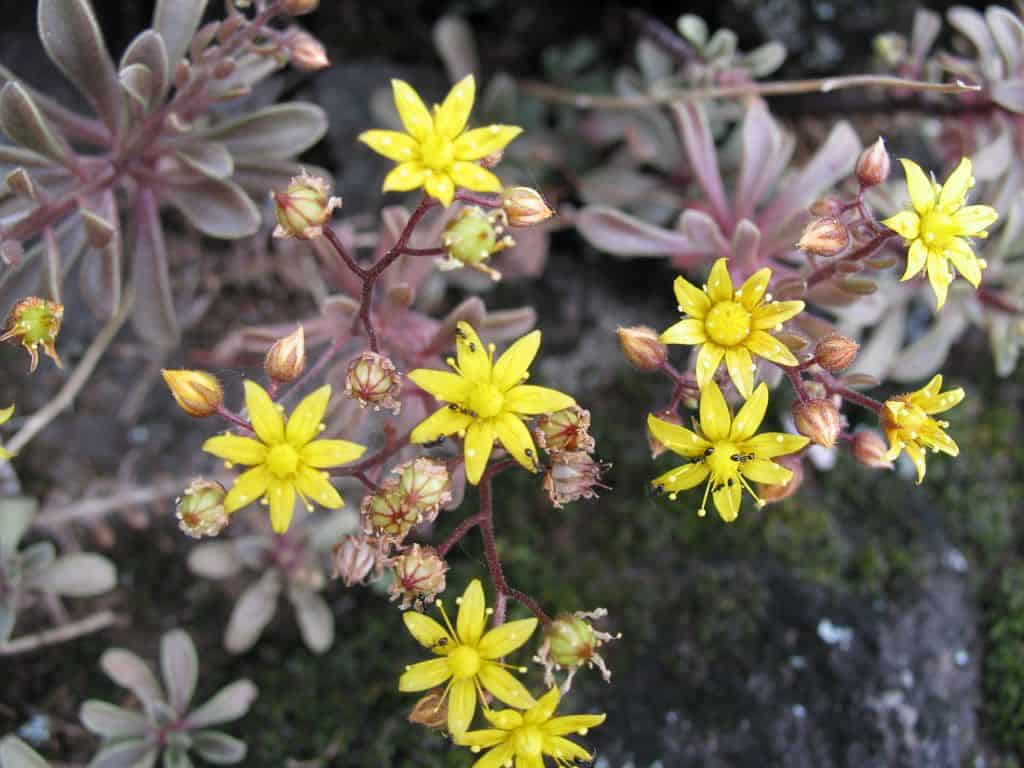 The Aichryson dumosum, which doesn’t have a common name because its so rare, is a succulent native to one area in Madeira, Portugal. Currently, it is estimated that there are about 50 to 250 Aichryson dumosum plants remaining in the wild and its numbers are continuing to decline. The area that the Aichryson dumosum lives on is only about 100 m² (1,076.4 ft²) and is a protected region. 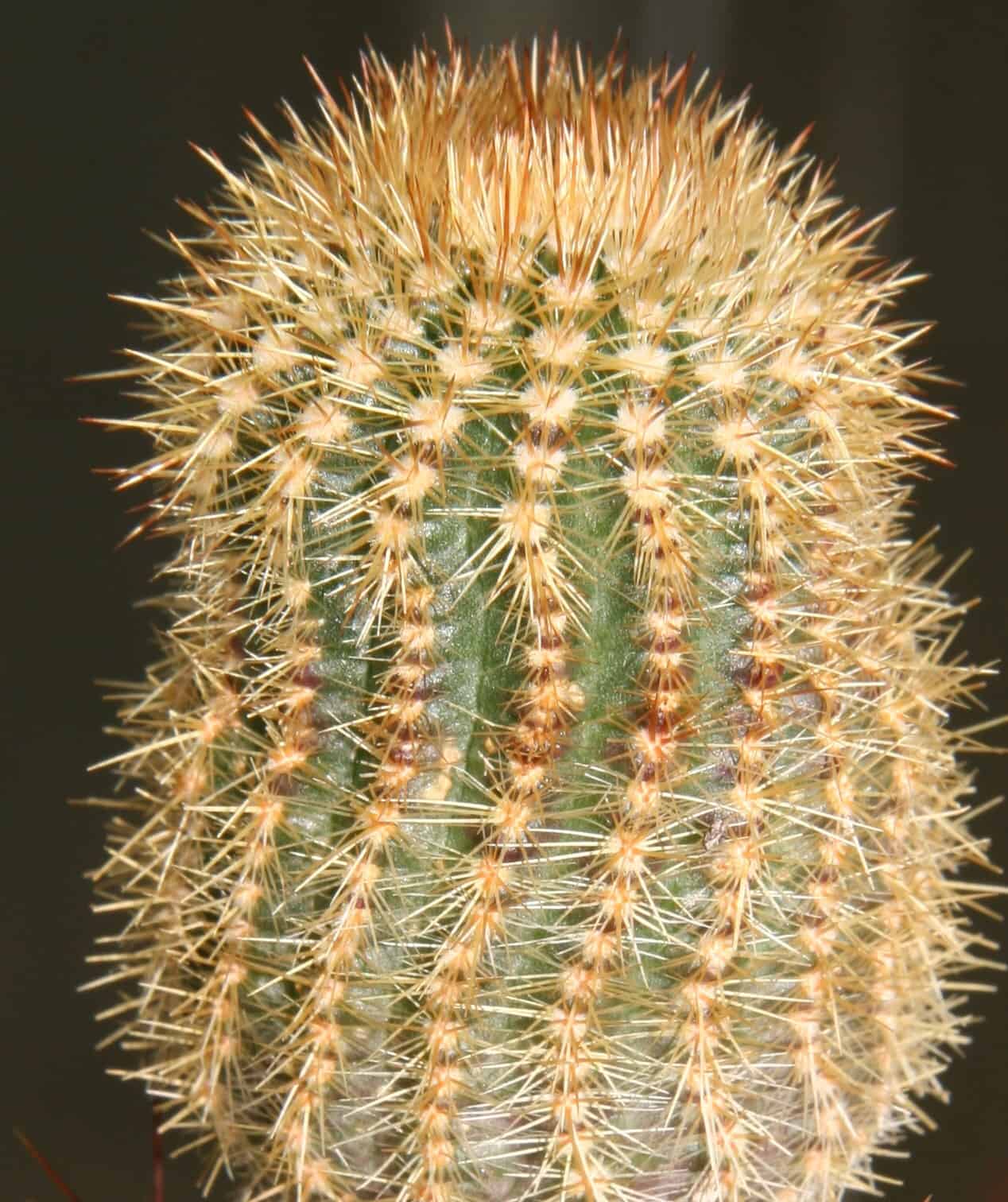 Like many of the succulents on this list, the Parodia rechensis is rare because its hard to grow and its natural habitat is threatened. Although the Parodia, which is also known as the Notocactus rechensis, is listed as critically endangered in the Rio Grande do Sul threatened species list, the area where the succulent is naturally grows is not protected. 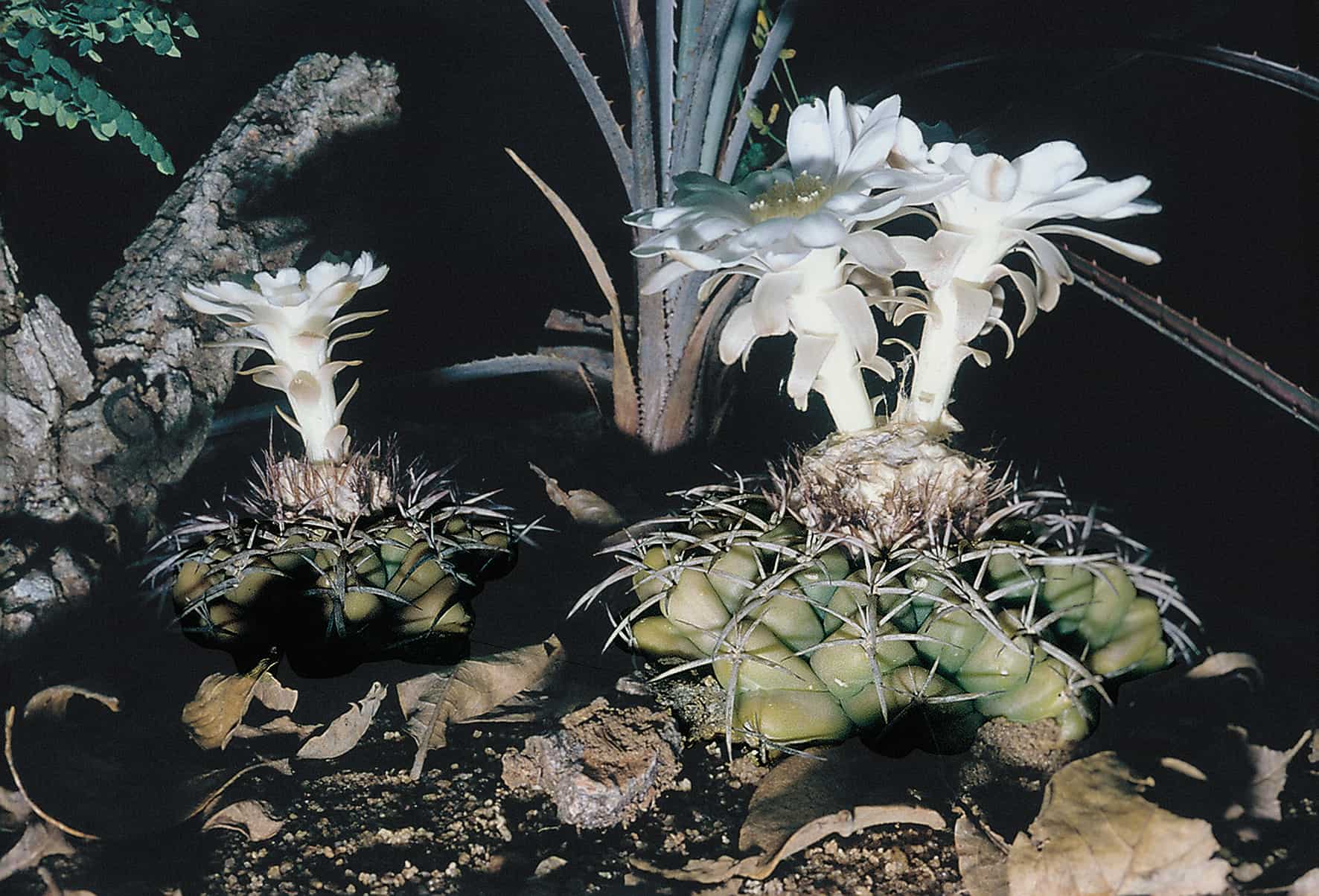 Not much is known about the Discocactus subterraneo-proliferans, which doesn’t really have a common name, other than it may be extinct in the wild. It is listed on the IUCN as critically endangered and it is believed that there may be fewer than 50 plants being grown privately by people around the world. This makes the Discocactus subterraneo-proliferans the rarest succulent in the world.

10 Rarest Horse Breeds in the World