10 Rarest Horse Breeds in the World

As one of the oldest working animals, hundreds of different horse breeds have been bred over the years. Horses were used for centuries to transport goods, to plow fields, and as the main mode of transportation. However, horses quickly got replaced when the Industrial Revolution kicked off in the United Kingdom and the United States. Since then, several horse breeds have become critically endangered with very few organizations keeping these breeds alive. 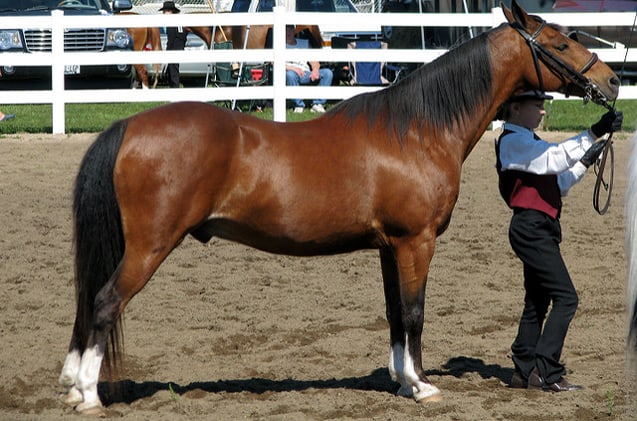 The Hackney is from Norfolk, England and is called a Norfolk Trotter in its native home. To produce the elegant Hackneys, Norfolk mares were bred with the foundation sires of the Thoroughbred and the first official Hackney was born in 1760. Over the next few decades, the Hackney was developed as a special breed and the breeding Hackneys became official in 1883.

Hackneys are a relatively unknown breed with most of the population concentrated in England. There are probably around 3,000 known Hackneys in the world, with fewer than 200 in North America and about 300 in Argentina. 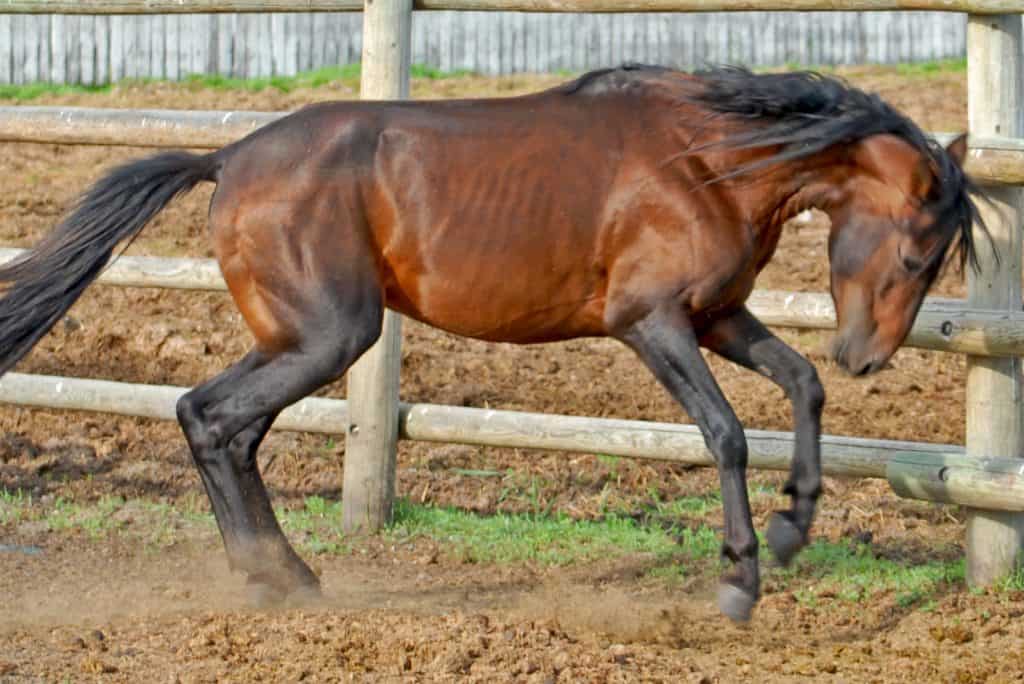 Although the Caspian is a small horse, it is not considered a pony. The lean and athletic Caspian is believed to be the oldest horse breed in the world and traces its history all the way back to 3000 BCE in Iran. The Caspian was used by royalty and artifacts from this time period depict the Caspian, including the tri‑lingual seal of King Darius the Great, the staircase frieze at the Palace of Persopolis, and the Gold Oxus Treasure of Darabgird.

For many years, it was thought that these ancient Persian horses had died out, but it is now strongly believed that the modern Caspian is the direct descendant of these ancient horses. Currently, Caspians are being bred outside of its native Iran, which has undergone political upheaval over the last several years. It is estimated that there are fewer than 2,000 Caspians left in the world today. 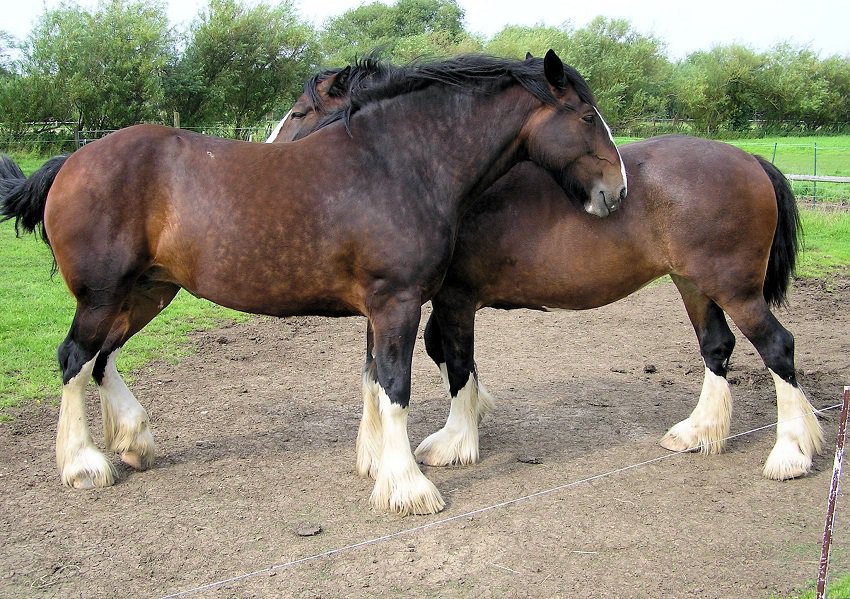 The Shire Horse is a native English draft horse that traces its origins to the Great Horse or War Horse of medieval England. These massive and sturdy horses were used for hauling, agriculture, and as their name implies, war. These War Horses were crossed with Flemish stallions and Dutch Friesians and eventually gave rise to the Lincolnshire Black. The modern Shire Horse breed was established around 1790 by a livestock breeder named Robert Bakewell.

Like so many of the horses on this list, the Shire Horse hit its peak popularity around World War I, but fell out of use after World War II. The Shire Horse has been able to survive because of how beautiful it is. The horses are often used in promotional hitches, advertising breweries, similar to the famous Budweiser Clydesdales. Although Shire Horse numbers have recovered since their lowest peak in the 1960s, it is estimated that there are less than 2,000 in the world. 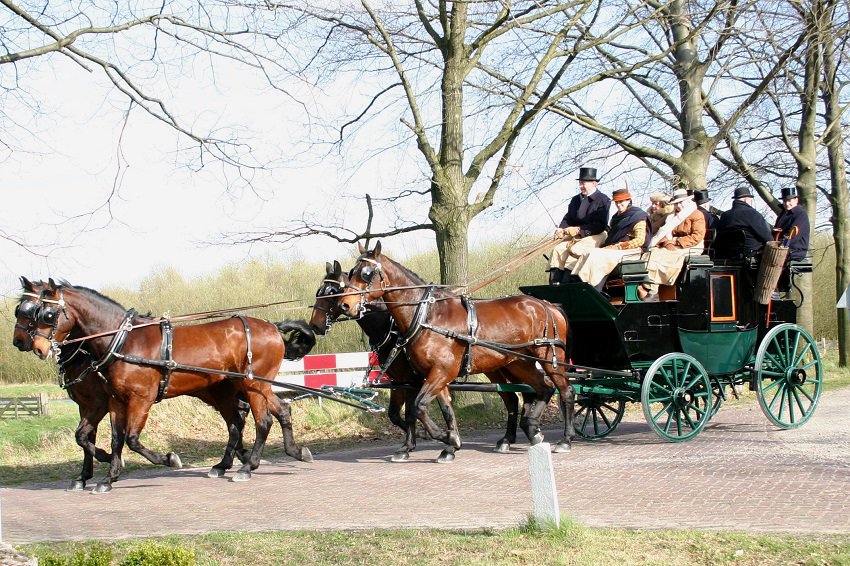 The Cleveland Bay population is a little bit higher than some of the other breeds on this list, but is still considered critically endangered. The worldwide population of Cleveland Bays is about 900 horse throughout North America, Australia, Europe, Japan, and Pakistan. 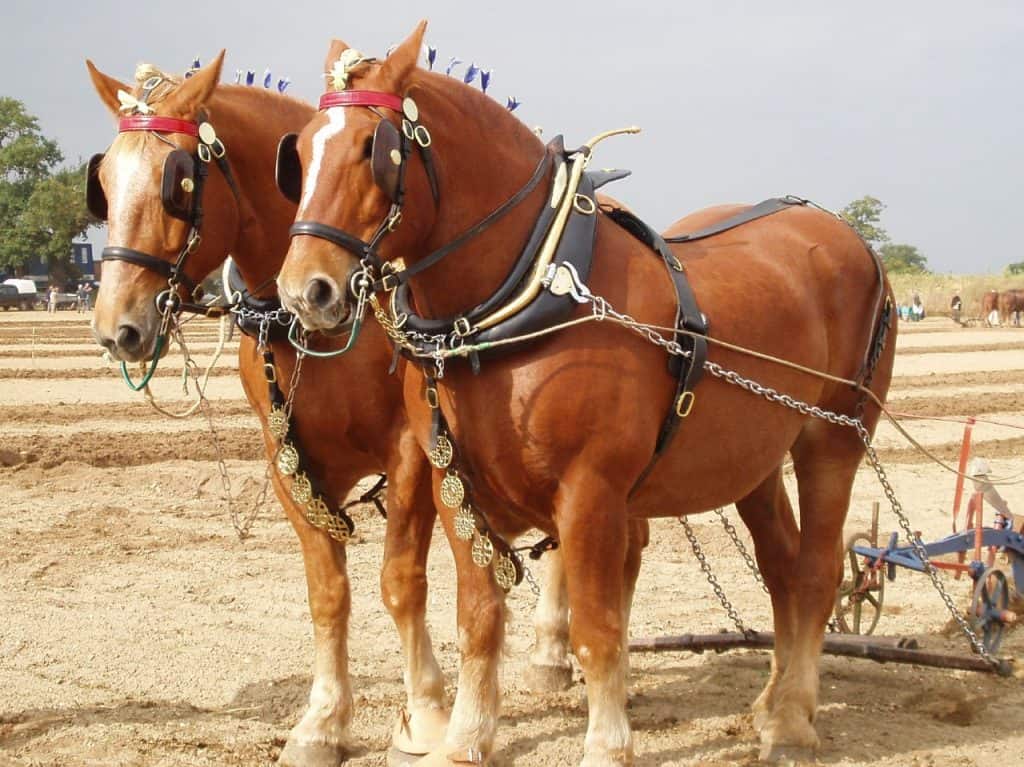 The Suffolk Punch, or just Suffolk, is a draft horse from England that was bred to be a heavy work horse. The hefty Suffolk Punch was used to plow the heavy clay soil in the Suffolk and Norfolk counties. The Suffolk Punch also has a lot of stamina, good health, longevity, and is docile. 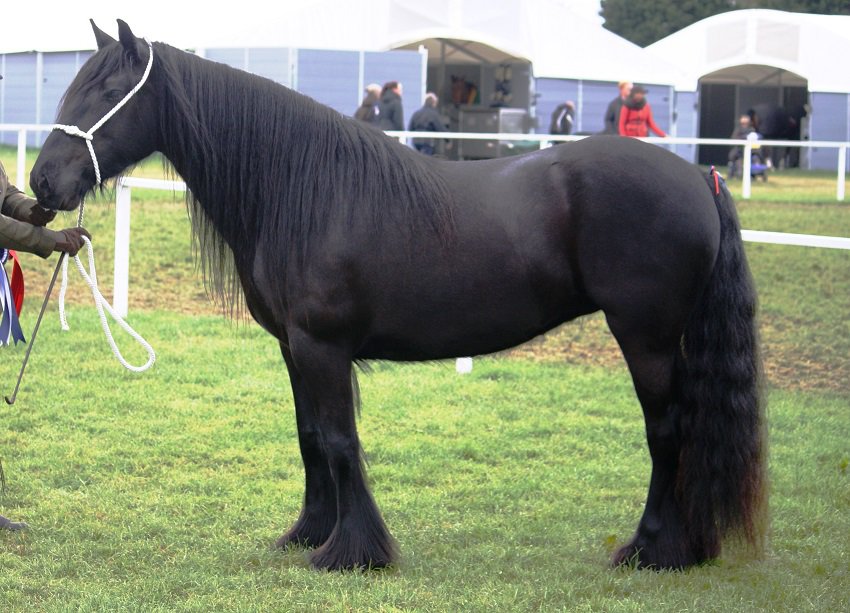 Like most of the horses on this list, the Dales Pony is from England. The Dales Pony is one of country’s native mountain and moorland pony breeds. Historically, Dales Ponies were used in the lead mining industry. The Dales Pony came about after the largest, strongest, and most active Scotch Galloways were bred with native herds to produce the best horses for working in lead mining. 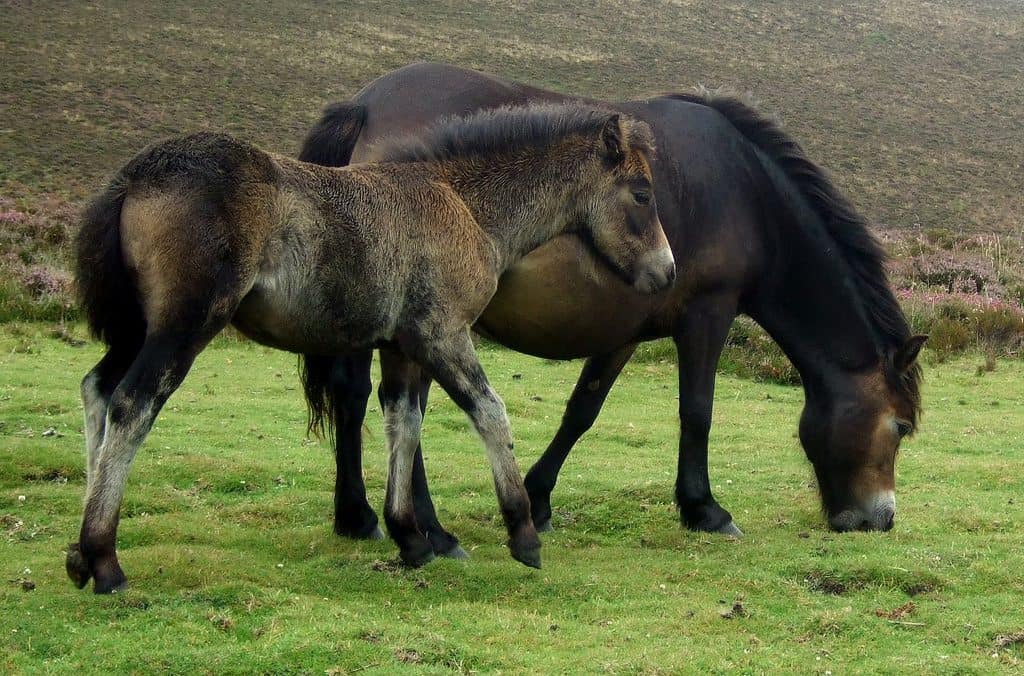 Exmoor Ponies are native to Exmoor, England and are believed to be one of the most ancient horse breeds in northern Europe. According to research into the breed’s history, the Exmoor is genetically different from other horse breeds, which proves its primitiveness.

Due to its natural habitat, the Exmoor is well suited to winter conditions. The horses have a double coat that protects them from snow as well as coarse hair that is almost waterproof. In the past, Exmoor Ponies were used by hill farmers to riding, plowing, harrowing, and taking goods to the market and church. As these practices dwindled, so have Exmoor Pony numbers. Today, there are fewer than 800 Exmoor Ponies in the world, primarily in England. 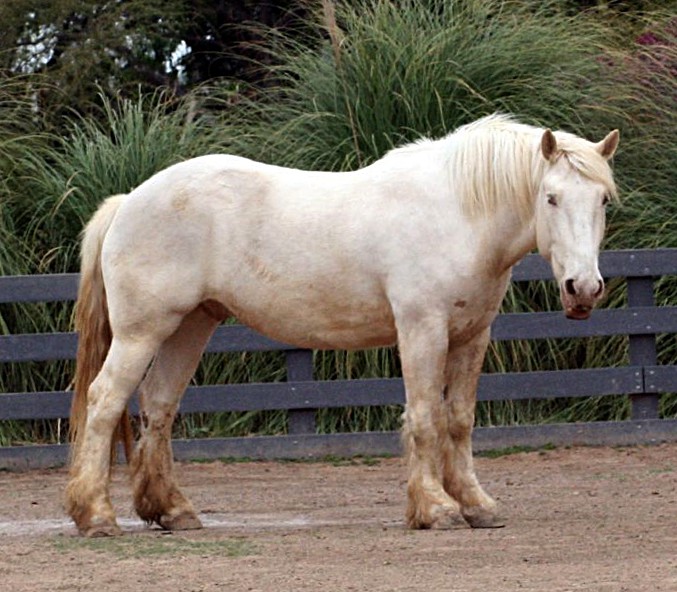 The American Cream Draft is the only draft horse breed originating in the United States. The breed traces its roots to Iowa in the 1900s and was started by one horse named Old Granny. This mare was a cream colored draft horse of unknown origin, who consistently produced cream colored offspring. After the birth of a stallion named Silver Lace in 1932, breeders became more interested in Old Granny’s cream colored bloodline. Silver Lace was the great-great-grandson of Old Granny. 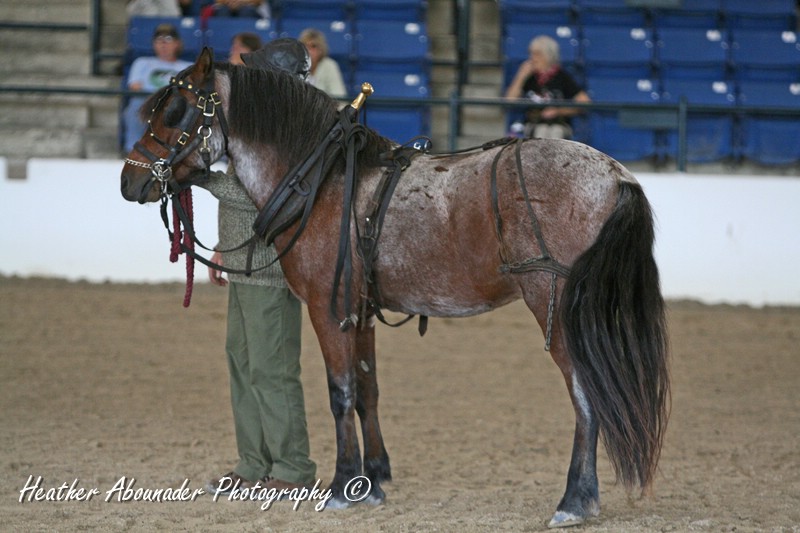 The Newfoundland Pony comes from Newfoundland, Canada and traces its origins to the moorland and mountain ponies that European settlers brought with them. The primary ancestors of the Newfoundland Pony are British horses such as the Exmoor, Dartmoor, and New Forest ponies. Newfoundland Ponies also have Welsh Mountain, Galloway (extinct), Highland and Connemara pony blood in their lineage. 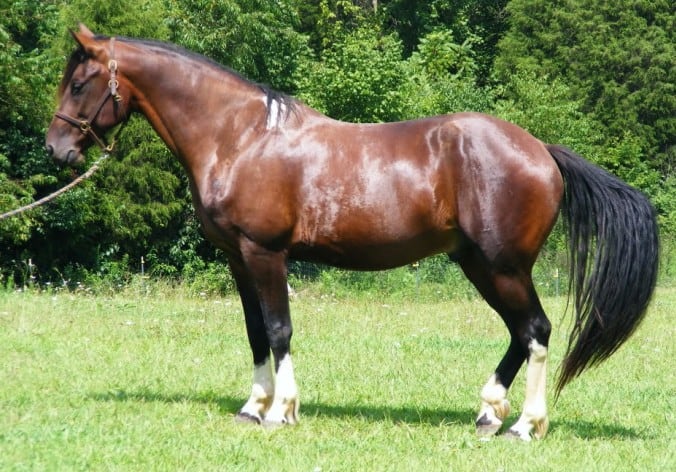 The Galiceño is a critically endangered horse that has a long history in the Americas. It is estimated that there are fewer than 100 pure Galiceños left, making this the rarest horse breed in the world. According to The Livestock Conservancy, most of the remaining Galiceños are not in breeding condition, which leaves the future of the breed uncertain.

Galiceños are small horses, only measuring between 12 – 13.2 high hands (48 – 54 in), and are believed to be descended from the the Garrano horses of Portugal, a primitive horse breed from the Iberian Peninsula. These Iberian horses were brought over the the New World by Christopher Columbus as well as Spanish conquistador Hernan Cortes. Through natural selection when these Iberian horses bred in their new environment, the Galiceño breed was born.