Earth’s plants evolved some 700 million years ago. That’s well before the first animals appeared on the scene (about 550 million years ago). Over such a long and rich history, plants have had to adapt. They have dealt with extinction events, ice ages, continents breaking up, and environmental changes caused by humans.

The rare plants on this list are pieces of living history. They have unique life cycles, gorgeous flowers prized by collectors around the world, and strange adaptations to attract pollinators … or prey. Read on to find out more about these extraordinary plants and learn which is the rarest of them all.

Found in: less than 1% of all breast cancer cases (about 2,550 in the U.S.)
Discovered: unknown
Appearance: A tree with a tall narrow stem, topped by a ‘candelabra’ of branches and leaves 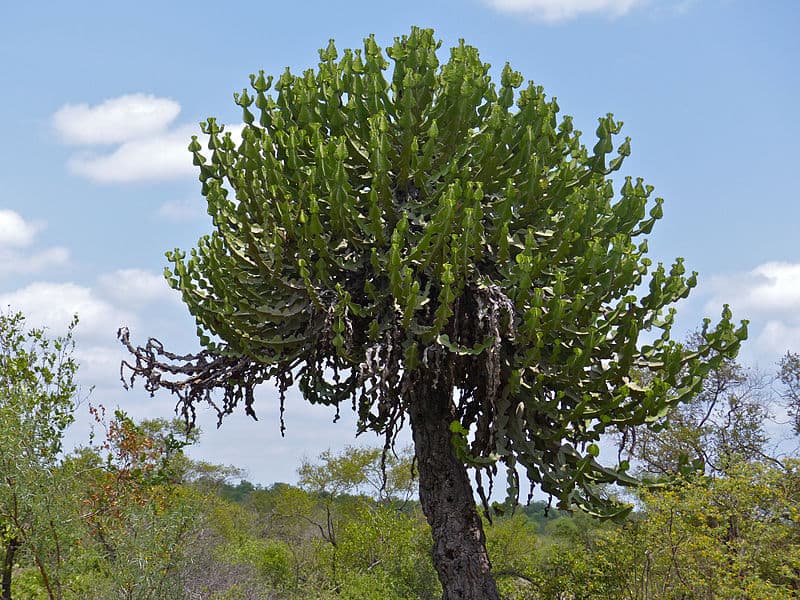 This tree has been used by Brazil’s indigenous tribes for thousands of years. Its seeds are a popular local delicacy that taste similar to pine nuts. The bark and leaves are used in folk remedies. These trees’ extremely straight trunks make it ideal for construction. Unfortunately, Brazil’s logging industry has destroyed 97% of the Candelabra Tree’s native habitat. However, in recent years it has found a new lease on life as a popular choice for landscaping.

Found in: Oahu, Hawaii
Discovered: Rediscovered in 2004
Appearance: A fuzzy member of the mint family 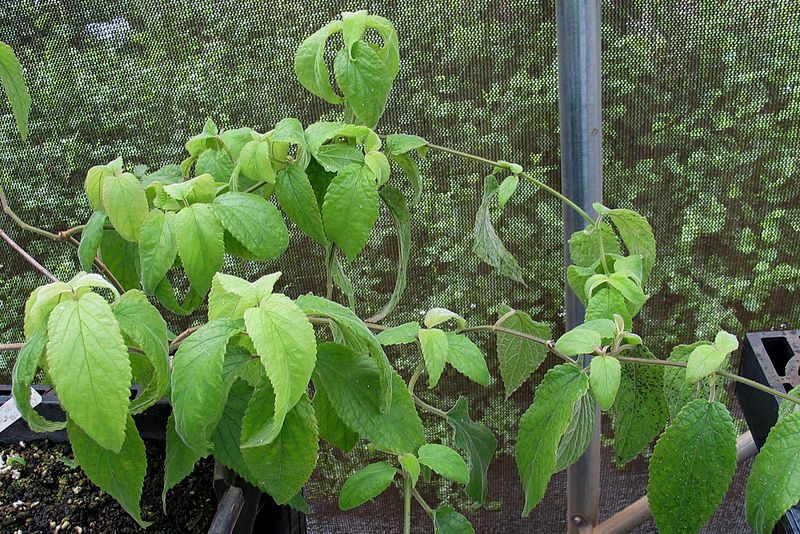 Sometimes a miracle happens and a plant, once considered extinct, is rediscovered. Such was teh case with the Oahu stenogyne, which was declared extinct in 2000. However, in 2004 a single large mint plant was rediscovered. This plant is four meters across and may actually be multiple individuals that have grown together. Want some more good news? The more of these mints can be grown from cuttings and roots. Under scientific supervision, the Oahu stenogyne is making a comeback.

Found in: remote areas of Florida and Cuba
Discovered: 1844
Appearance: The orchid has pale blossoms and thin stems 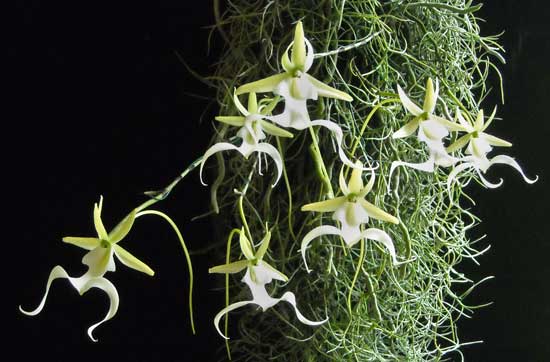 A collector of rare plants on a tropical outing first discovered this rare orchid. It is known for a pale white color and spindly, phantasmal appearance. While it’s highly sought after by collectors, the Ghost Orchid is demanding to grow. It only thrives in extremely humid environments with a consistent temperature. Unlike most orchids, this one doesn’t have leaves. Instead, it relies on drawing nutrients out of other plants. The spindly flowers are white, up to 9 cm long, and apple-scented.

Found in: one island off the coast of Yemen
Discovered: 1835
Appearance: This tree has a unique umbrella shape 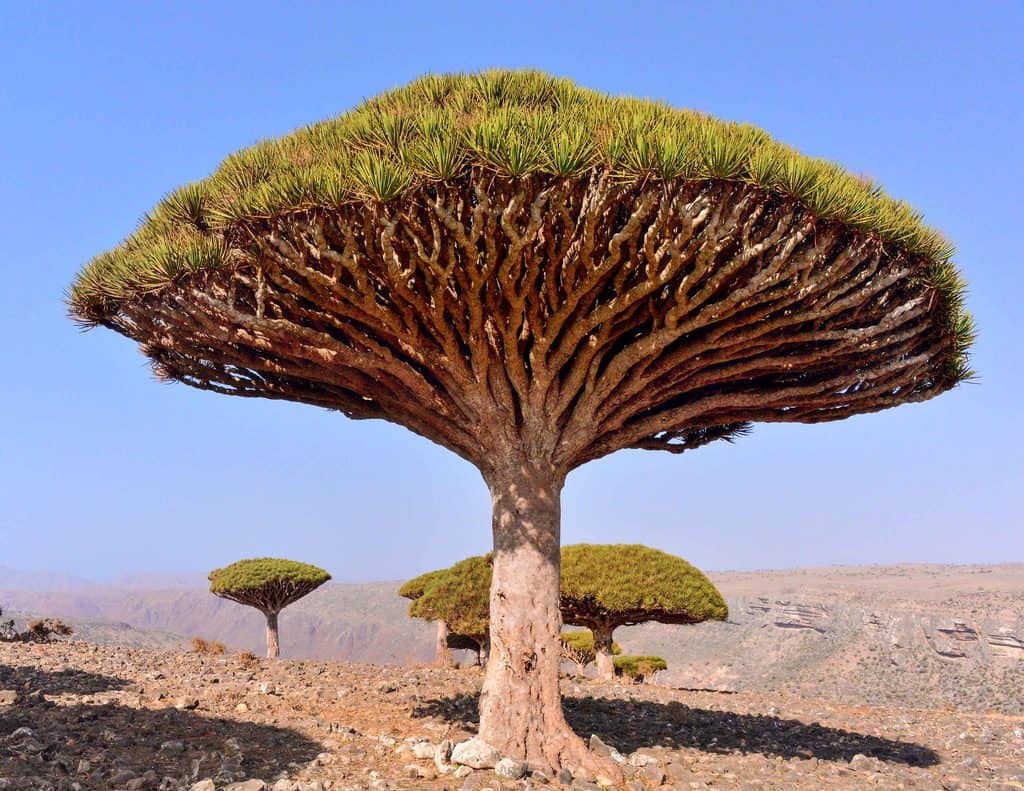 To see this rare tree, you’ll have to travel to Yemen, rent a boat, and visit the island of Socotra. Socotra, like the Galapagos Islands, holds a wide variety of unique native species only found there. If you stand beneath a Dragon’s Blood Tree and look up, it resembles the base of a mushroom. Find a tree with a nick in the bark and you’ll learn where it got its name: the sap is red as blood. 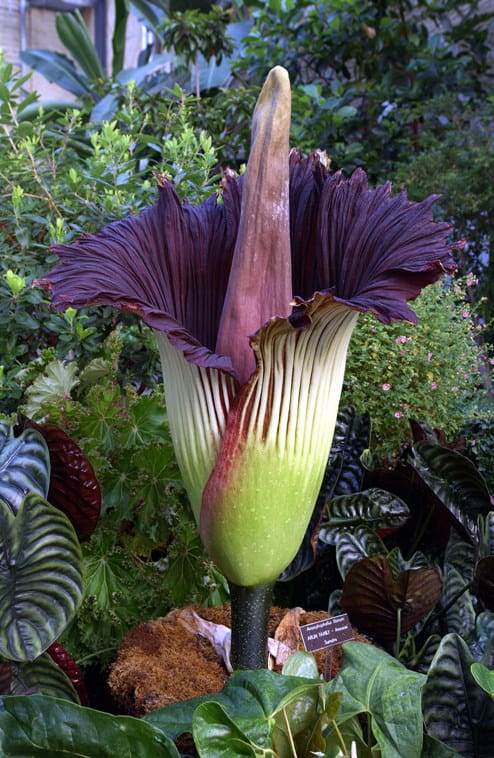 Not every flower is a pleasant experience. The corpseflower has a parasitic blossom similar to pitcher plants. It uses its unique and unpleasant smell (similar to rotting flesh) to lure in meals. However, the corpseflower needs to grow for up to seven years before it first blooms. This rare and smelly plant is unlikely to be found in botanical gardens. You can sometimes uncover them in moist, rich jungles of Southeast Asia. Just follow your nose.

Found in: South Africa and parts of Namibia
Discovered: unknown
Appearance: This tree features a tall, thick base that is topped by a mass of narrow, tangled branches 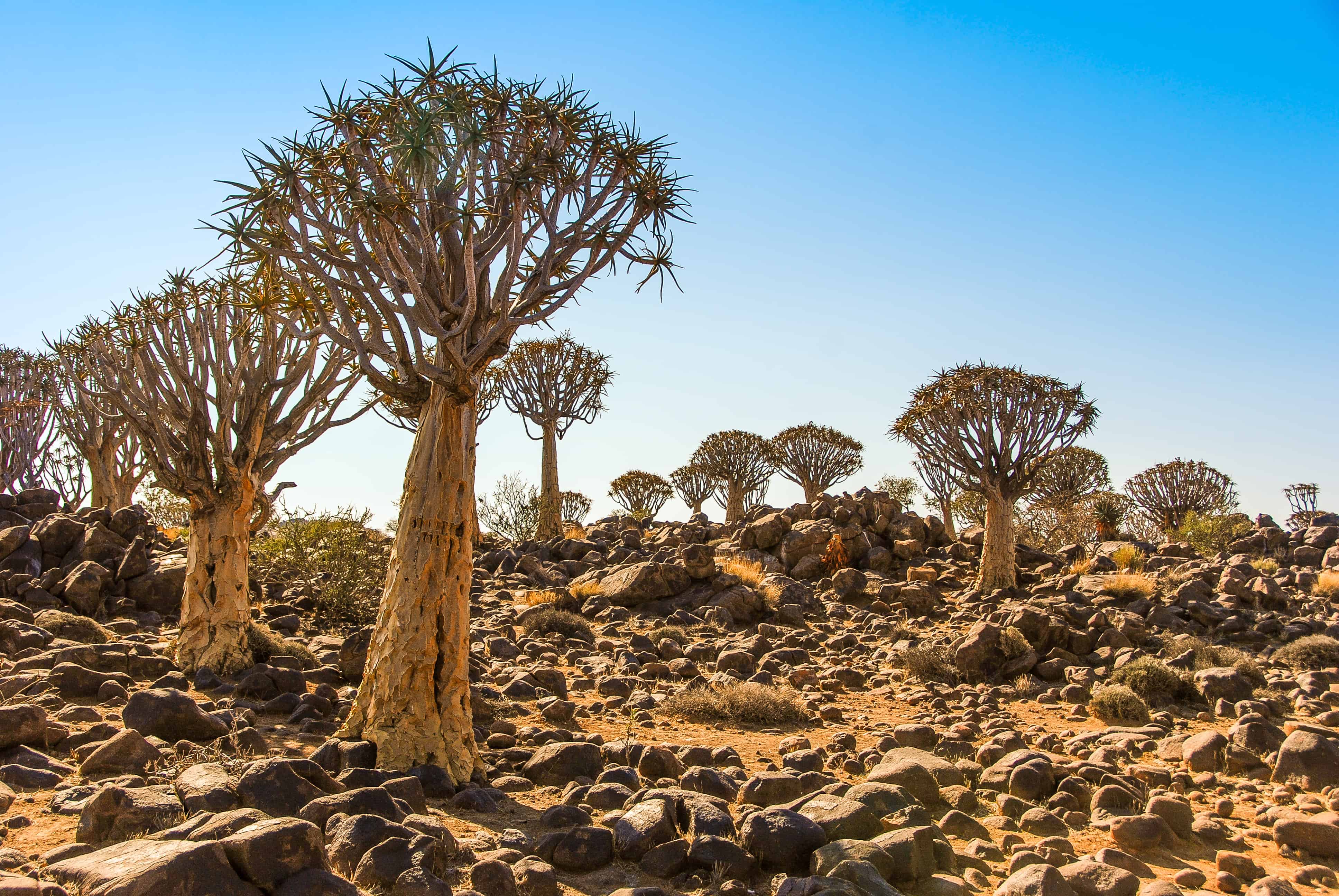 Instead of normal leaves, this tree gets energy from the sun through narrow spikes. From a distance, it looks more like an overgrown aloe plant than a tree. Indigenous peoples used the wood from this tree to craft quivers to hold their arrows. One of the subspecies is extremely endangered, with only 200 left. The best place to find the remaining Quiver Trees is in a preserve in the remote city of Keetmanshoop, Namibia. 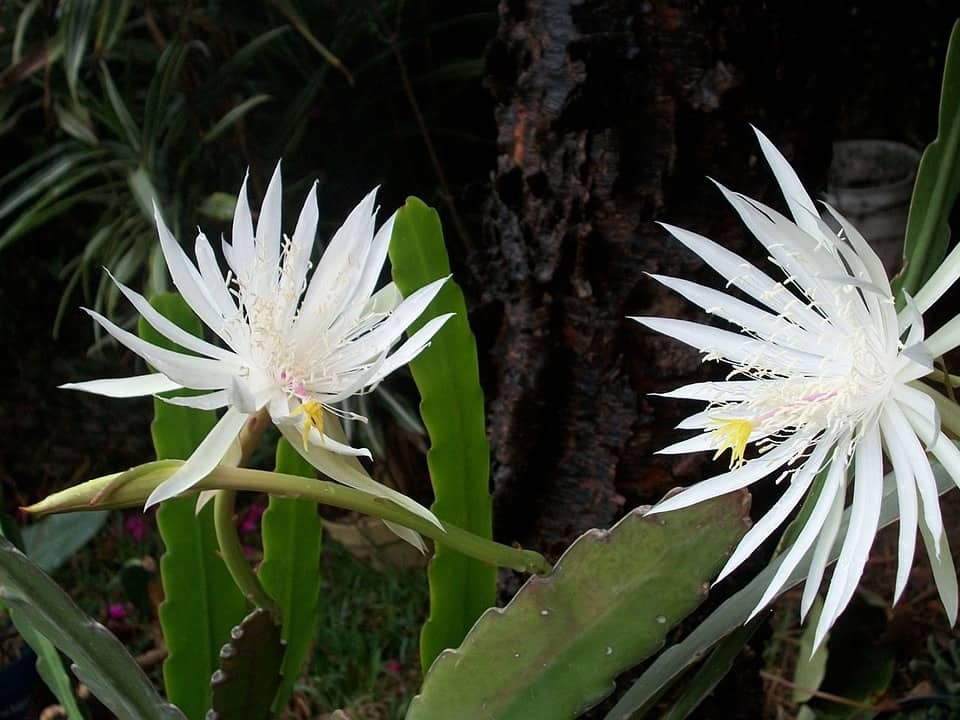 The Kadupul flower has a gorgeous, once-in-a-lifetime scent. It’s also one of the rarest and most exotic perfume ingredients out there. Kadupul Flowers are incredibly difficult to locate and harvest. The flower blossoms for just one night at midnight. It’s gone by dawn. If you want to find a Kadapul flower, you’d better be comfortable exploring the forest at night. The lucky few to see the Kadapul are entralnced by its gorgeous blossoms and intoxicating scent.

Found in: beneath Western Australia
Discovered: 1928
Appearance: This tiny snow-white member of the orchid family has rosy blossoms

This orchid spends its entire life underground. Because it lacks chlorophyll, it’s pure white. How does the orchid survive a life in the dark earth? It’s parasitic, stealing nutrients from nearby plants. The plant flowers from May to June, with strongly scented red and white blossoms that are just one inch high. Oh, and if you’re wondering why an underground plant bothers with blossoms: it’s to attract pollinating gnats and termites. This plant is believed to be extremely endangered but, because it’s so difficult to find, little is known about the mysterious Western Underground Orchid.

Found in: high mountains of Borneo
Discovered: unknown
Appearance: The plant has up to 6 large flowers with red and green spotted petals 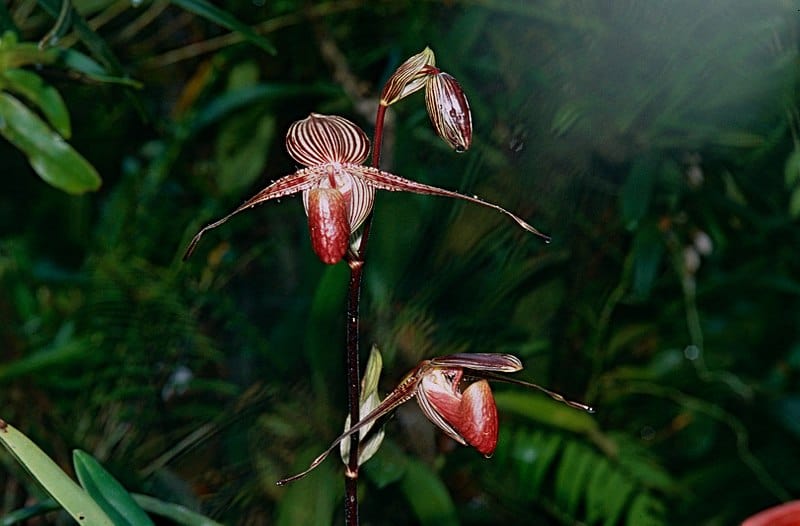 Have you been looking forward to seeing a Rothchild’s Slipper Orchid? You may have to wait for a while. This rare, endangered orchid needs to grow for 15 years before blooming. On the black market, it has been known to sell for up to $5000 per blossom. Your best bet to see one is to travel to Borneo, strap on your hiking boots, and go up Mt. Kinabalu. Start looking between 1600 and 4000 feet. This finicky orchid only grows at certain elevations. 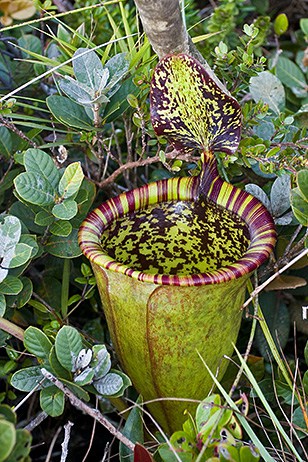 Pitcher plants are not especially unusual themselves.  In fact, they were a trendy houseplant a few years ago. However, Attenborough’s Pitcher Plant is highly unique and rare. You can find it at the summit of Mt. Victoria in the Philippines, nowhere else. It’s believed that there are only a few hundred in existence. However, Mt. Victoria is so rugged and difficult to reach that they have never been properly counted. This exotic and dangerous plant was discovered in 2007.

Found in: certain areas of Madagascar
Discovered: 2005
Appearance: A tall palm with a broad canopy 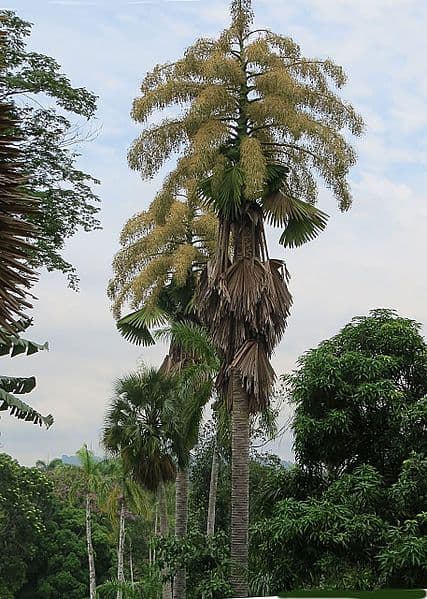 Madagasgar is known worldwide for its biodiversity. Among the most unusual of this island’s plant life is the Suicide Palm. This palm was first discovered in 2005 by a Madagascar farmer on an outing. It’s extremely rare, with only about 90 found in the wild. This distinctive palm lives for 50 years, flowers, and dies. It’s also quite a towering tree, reaching heights of up to 18 meters in height. Its fan palm leaves stretch 15 meters across, shading broad areas of the Madagascar soil. 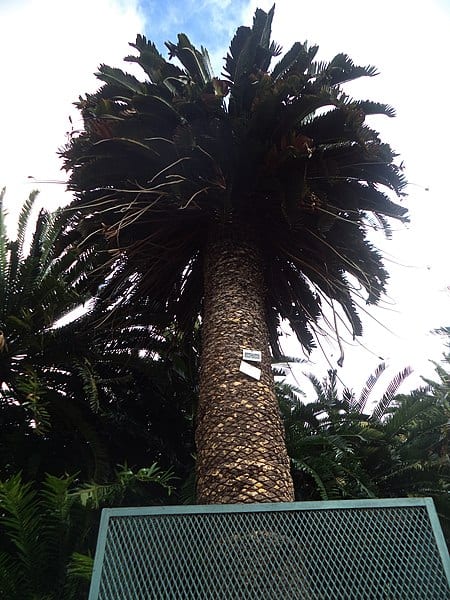 This highly endangered plant was discovered in 1895 in Zululand (now part of South Africa). Now it exists in just one botanical garden in South Africa. It requires specific temperatures to grow and thrive, hence why it only survives in a climate-controlled garden. Due to its rarity, scientists know relatively little about it. However, they believe the species has both male and female varieties. Unfortunately, the garden only has males. The species faces extinction unless researchers find a way to create a female variety.

Found in: Botanical gardens in London and New Zealand
Discovered: 1804
Appearance: This plant looks like a rose but is actually a member of the Camellia family 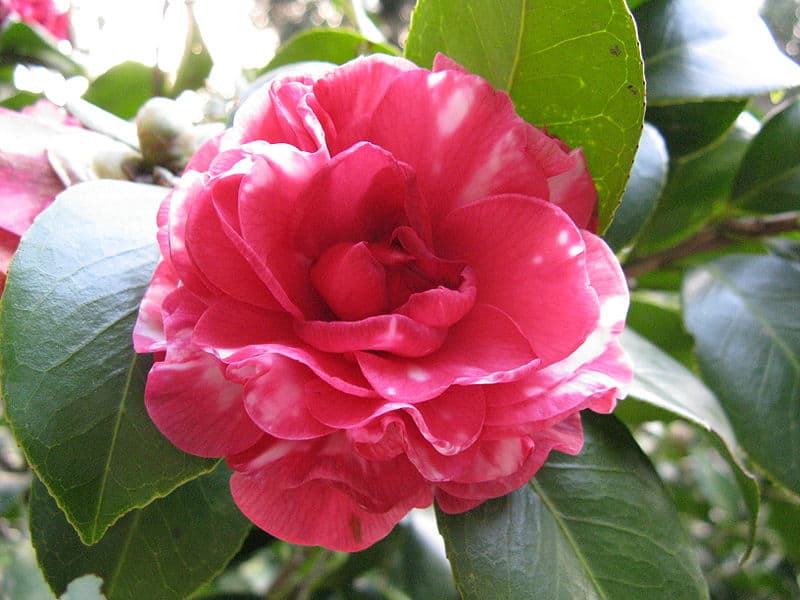 This plant, originally from China, was named after flower importer John Middlemist in 1804. Just 200 years ago, Middlemist Reds were highly sought after by Europeans. The plant was harvested so aggressively that it’s now extinct in its native China. It lives on in only 2 places: botanical gardens in London and New Zealand. That’s right, there are just two specimens left in the world. Middlemist Red is the rarest plant in the world. London’s specimen has had a wild history: the plant survived a bomb planted by an escaped mental asylum patient!

9 Rarest Pennies in the United States