9 Rarest Pennies in the United States

The fledgling United States established the first Mint in Philadelphia in 1792. At the time Philadelphia was the nation’s capital. Since then, the U.S. Mint has operated additional branches in San Francisco, Denver, and West Point.

The U.S. Mint produced the country’s first official coins in 1793 and a few of these one cent coins are some of the rarest pennies today. Coin collecting did not become a popular hobby until the late 1850s, when the first small coins were produced. Over the years, coin collecting or numismatics, has exploded in popularity and driven the prices of rare pennies and other coins up. In general, the pennies on this list are so rare because very few examples have survived today and they’re often worth hundreds of thousands, even over a million dollars. 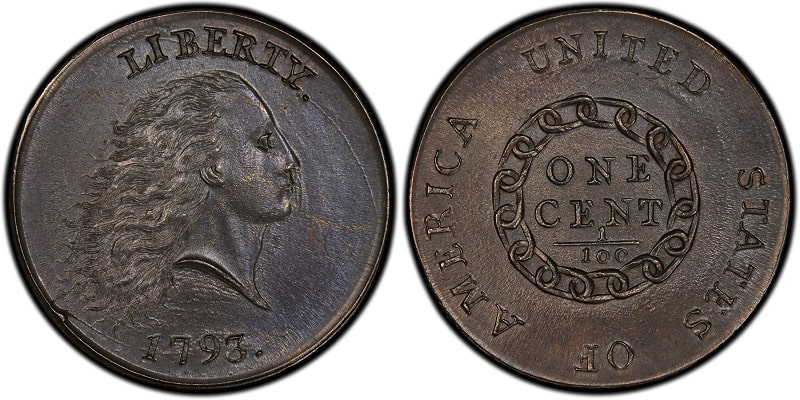 The 1793 Chain Large Cent was the first official one cent coin ever created by the United States Mint in Philadelphia. Like the other two 1793 large one cent designs, the Chain Cent has an image of Lady Liberty on the front, but as the name implies, the back of the Chain Cent has a ring of chains.

Estimated Number in Existence: Total number unknown; only 2 in mint condition (about 11,056 were made)
Year Created: 1793
Mint: Philadelphia
Value (based on highest price ever paid at auction): $1,450,000 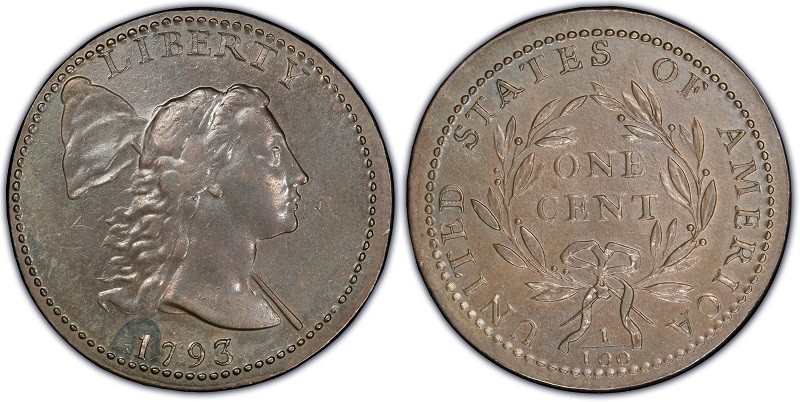 The Liberty Cap Large Cent was one of the United States’ first pennies or one cent coins. It was the third one cent design that emerged in 1793 as the new Philadelphia mint was trying to decide on a permanent design for its new coinage. The Liberty Cap design was created by Joseph Wright, a portraitist whose most famous works were his 1783 paintings of George and Martha Washington. Wright was inspired by French medalist Augustin Dupre’s 1783 Libertas Americana Medal, which depicted Lady Liberty as a young woman with her hair flowing in the wind. 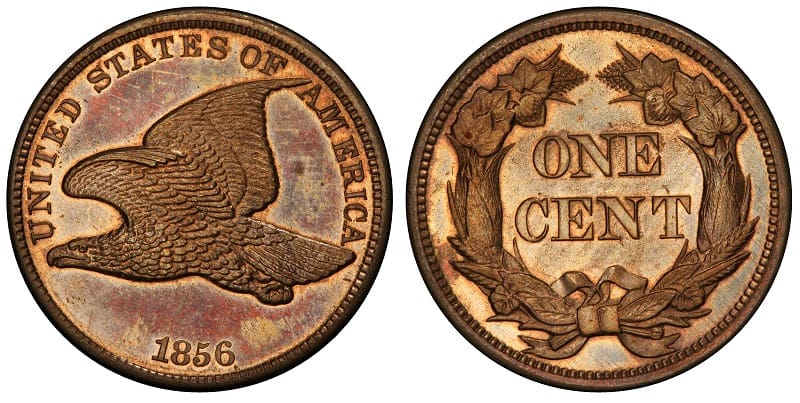 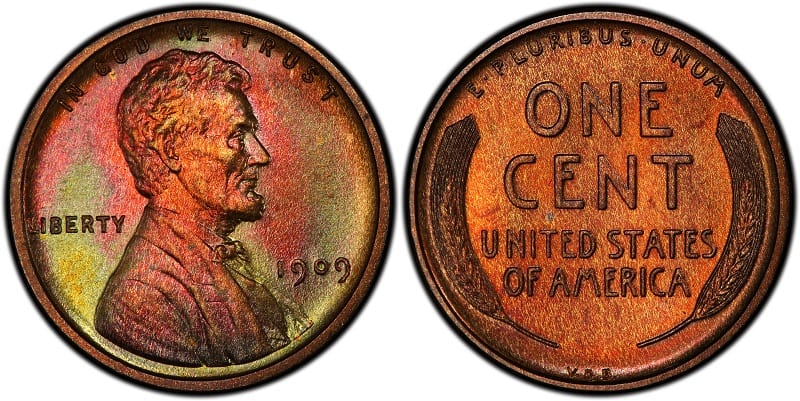 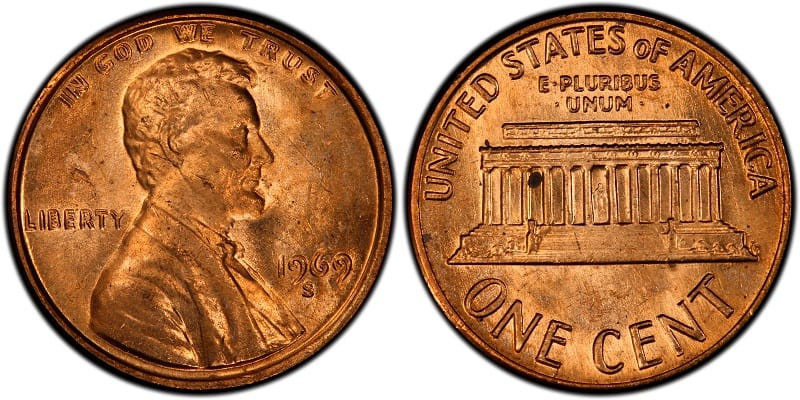 The 1969-S Doubled Die Obverse penny has an interesting story that links it to several counterfeit pennies made in the same year that also feature doubled die markings (the words on the front of the penny were stamped twice and misaligned causing a “shadow” effect). Two men named Roy Gray and Morton Goodman began producing a couple thousand fakes and sold them to a collector before being turned over to the Secret Service.

The Secret Service began recovering as many of the fakes as they could and in 1970, the first real 1969-S Doubled Die Obverse pennies were discovered by Cecil Moorhouse and Bill Hudson. As the Secret Service recovered the fakes, they found several authentic doubled die pennies, but assumed they were fake and had them destroyed, which makes them even rarer. It is believed that only about 100 real 1969-S Doubled Die Obverse pennies were created and only about 31 have been authenticated and registered over the years.

Estimated Number in Existence: about 15
Year Created: 1943
Mint: Philadelphia and San Francisco
Value (based on highest price ever paid at auction): $1,000,000 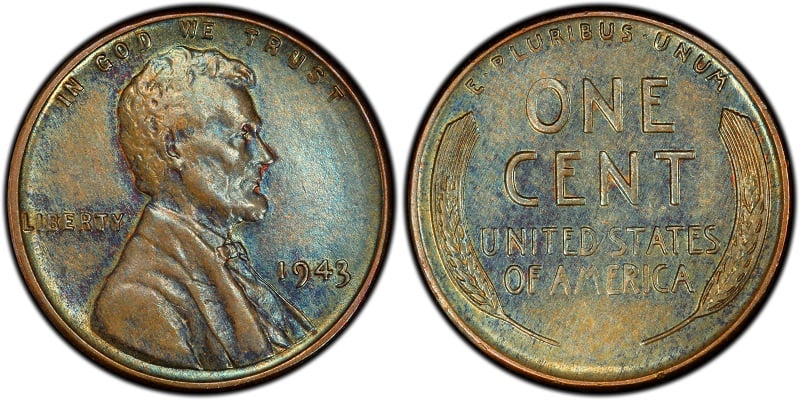 During World War II, the government needed all the copper in the United States to make ammunition for the war. Due to this, in 1942 the U.S. Mint stopped using copper and made steel pennies for the first and only time in 1943. However, during the transition to the new steel plates a small number of regular copper coated bronze pennies were struck in 1943, mostly at the Philadelphia and San Francisco mints. There is one rare example from Denver, that is the rarest penny on this list. 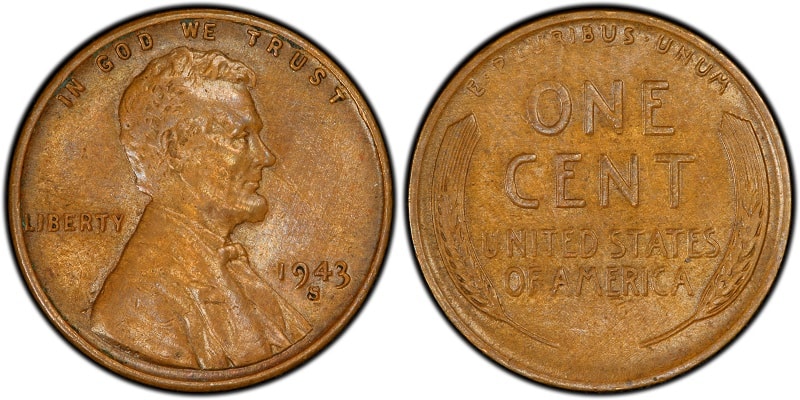 The 1943-S Lincoln Cent that was accidentally stuck on a bronze planchet is such a rare error that only six known examples have been confirmed by experts. All pennies in 1943 were supposed to be made on zinc plated steel planchets but a small number of errors occurred at the San Francisco mint as well as the Denver mint (those coins are also on this list). According to one widely believed theory the 1943-S bronze pennies were created when a few leftover bronze planchets from 1942 went unnoticed and these pennies were mixed in with the regular zinc pennies. 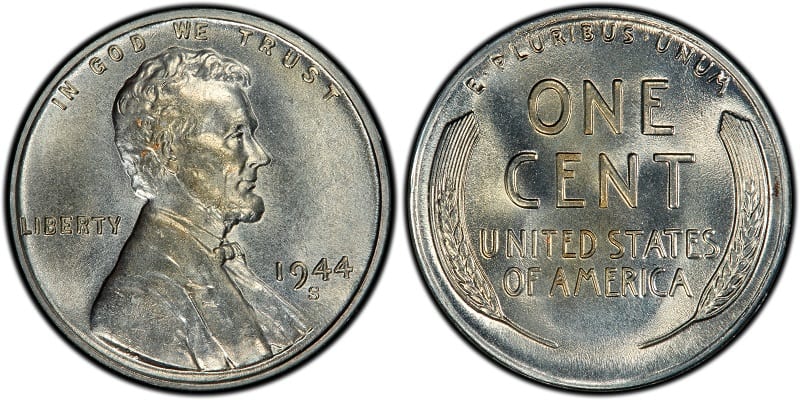 With very little left in existence, the 1944-S Lincoln Steel Penny is the second rarest penny in the United States. Due to its rarity, the 1944 steel pennies are often counterfeited. The best way to tell if a steel penny is real is to see if it is magnetic. 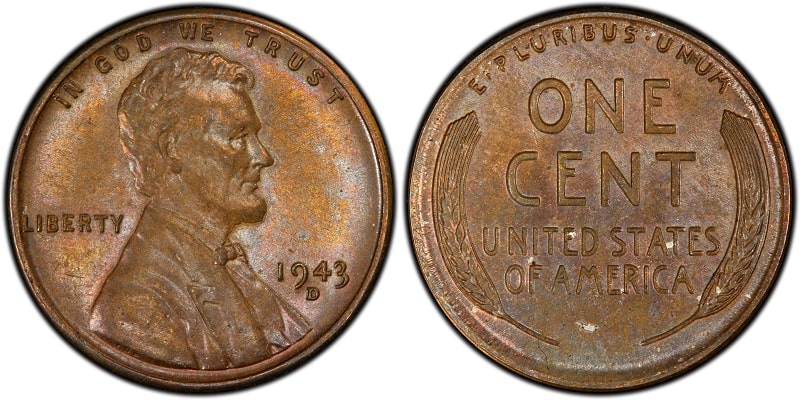 The 1943-D Lincoln Bronze Cent is so rare that only one of these pennies is known to exist, making it the rarest penny in the United States. The origins of this extremely rare bronze penny are shrouded in mystery, but it is believed that the penny was secretly struck by a former Denver Mint employee. According to coin experts, the employee used a leftover bronze planchet from 1942 and made the one penny and kept it for years until passing it on to one of his children.

A conflicting story says that the rare 1943 Denver bronze penny was created by John R. Sinnock, chief engraver of the US Mint at the time. Regardless of how this penny came about, it is so rare that it was sold at auction in 2010 for $1,700,000.

8 Rarest Nickels in the World