Cacti can be an excellent addition to your home décor. A couple of cacti can transform the aesthetics of a room or lawn. They are low maintenance and easy to care for and thus make a perfect choice for an indoor plant.

Most of the cacti we see around us are quite common and can be found easily. However, unfortunately, the growing popularity of cactus as a house plant has given rise to unethical and illegal trades. As a result, many of their existence is now under threat.

Data collected by the International Union for Conservation of Nature (IUCN) shows cacti are one of the most threatened taxonomic groups. In fact, almost a third of the 1478 evaluated species are categorized as threatened. Here we list 8 rarest cactus plants that have only one population in the wild with a limited number of specimens. However, some of them are commercially cultivated and sold widely. 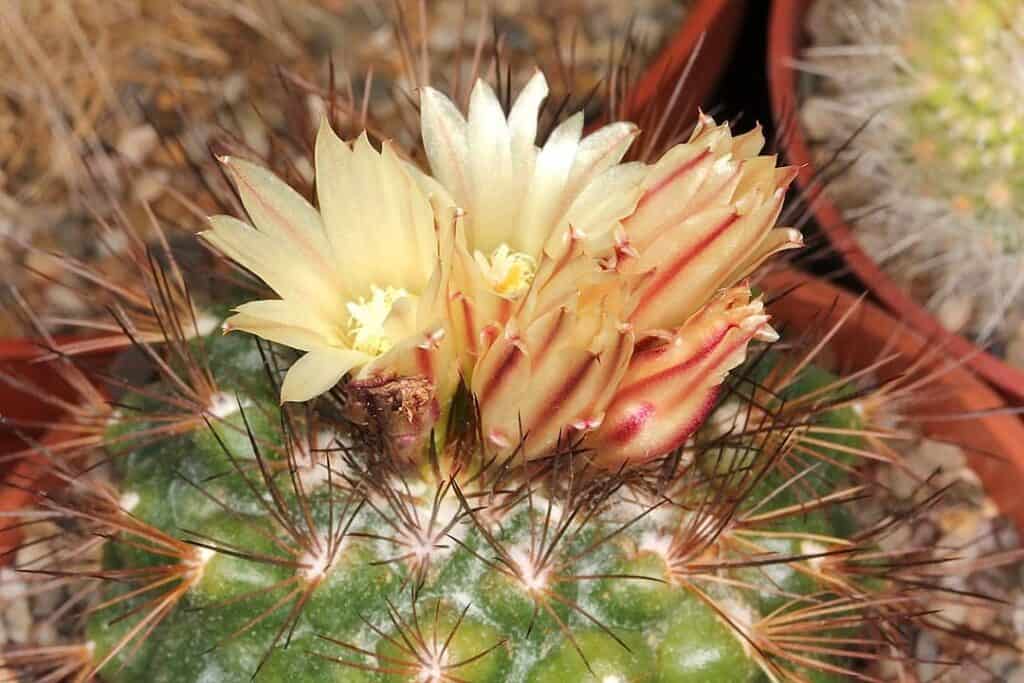 Acharagma aguirreanum is a small cactus plant that bears yellowish to reddish-yellow flowers. The stem is globose to depressed spherical. It is soft and medium to dark green in color and also often has a tinge of purple or bronze-rose.

The fruits are bronze or greenish-purple, and the seeds are dark purplish-red.

The extent of occurrence of this rare plant is less than one square kilometer in the calcareous semi-desert region of the Sierra de la Paila in Coahuila, Mexico. The only major threat faced by Acharagma aguirreanum is illegal trading. 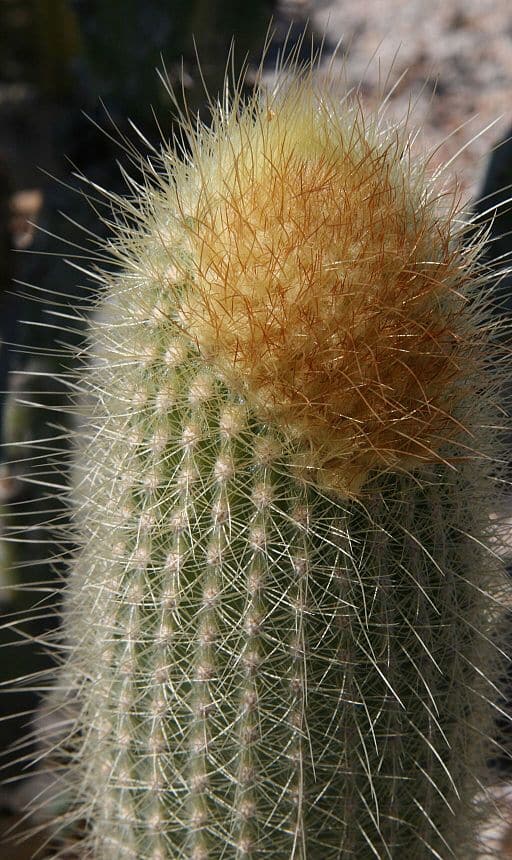 Micranthocereus streckeri is among those cacti that are so rare that they do not even have a common name. The only population of this rare cactus can be found in the west of Seabra in central Bahia, Brazil.

IUCN listed it as a critically endangered species based on their assessment of 2010. It is believed that the total number of specimens has declined since. 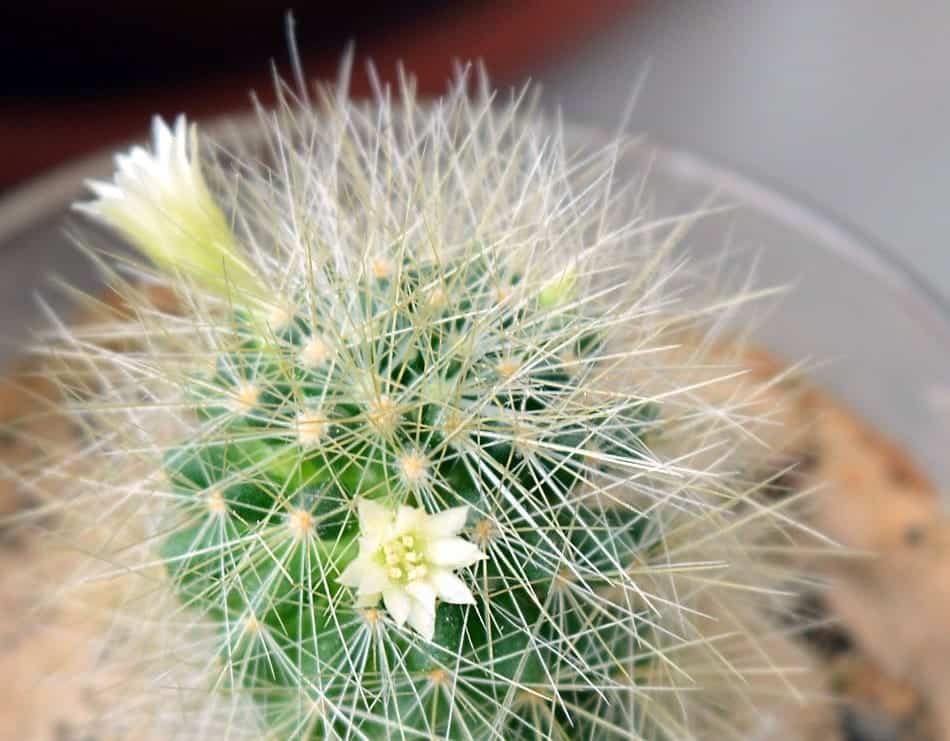 Mammillaria anniana is a rare cactus endemic to the state of Tamaulipas located in North-Eastern Mexico. The color of the bloom is pale yellow or off-white. The blooming time is from mid-spring to early summer.

It grows in shrubland and rocky areas such as mountain peaks and inland cliffs. It is a microendemic found on steep volcanic rock in a semi-desert region.

The only known population of this plant can be found within a very small range. When last assessed in 2009, IUCN estimated that fewer than 500 specimens existed, and the number was declining.

Both commercial and amateur collectors know the location where this rare species is grown. As a result, illegal collection and trade are rampant, that threatens the existence of the species. 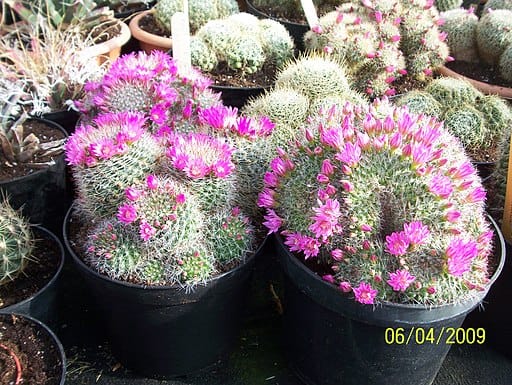 Rose Pincushion Cactus is a beautiful flowering cactus that is cultivated widely for commercial purposes. It looks attractive because of its pink crown-like formation surrounding the top of the plant. However, the natural habitat of this popular houseplant is under threat. The last collected data showed in 2009, only 249 specimens of Rose Pincushion existed in the wild.

The only wild population of this plant occurs in Guanajuato, Mexico. The range is less than one square kilometer. It grows on steep volcanic rock face in canyon walls. 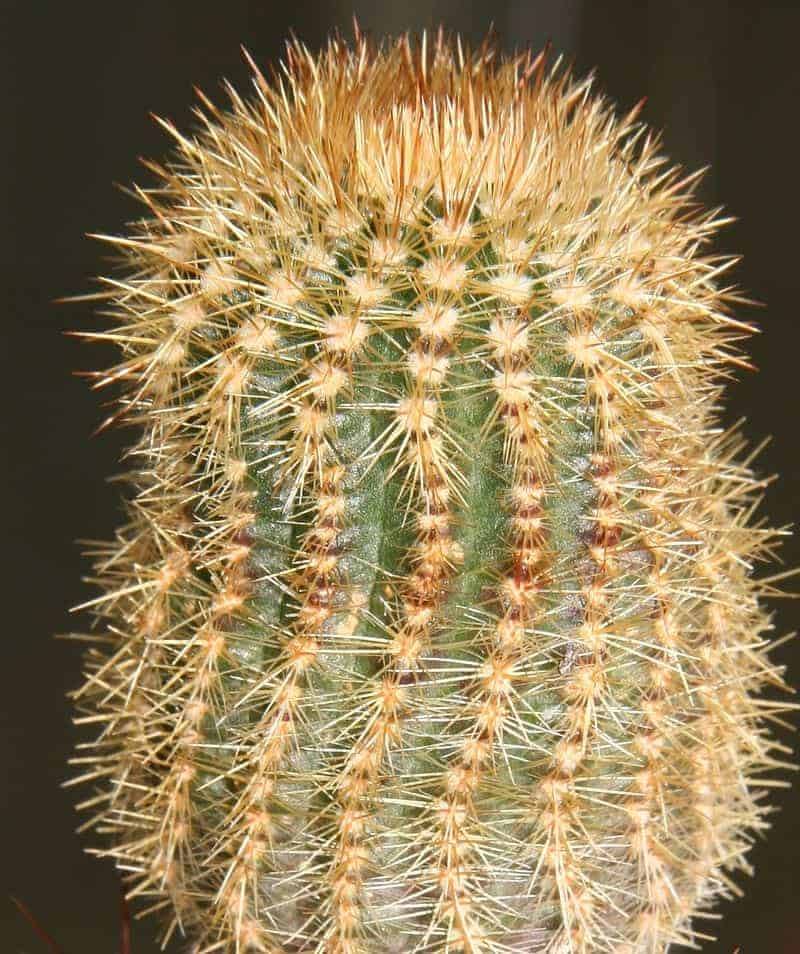 Notocactus rechensis is endemic to the state of Rio Grande do Sul in Brazil. The survey undertaken by IUCN in 2010 found only 70 individual mature plants of this species. All of these individuals were located on a hilltop in the forest grown with Araucaria.

However, in 2011, when a team of researchers went to the Rio Grande do Sul to survey this rare cactus, they could find only 42 specimens.

Urbanization and habitat modification are identified as the major threat to this species. Local people use the paths close to the population to go and collect pine nuts for Araucaria. Mining in the nearby area also disrupts the growth of this cactus plant. Another event that affected the regeneration was the introduction of pines which caused unwa nted shades.

Despite being critically endangered, the area of its occurrence is not protected. Also, no comprehensive surveys have been conducted for the last 11 years. 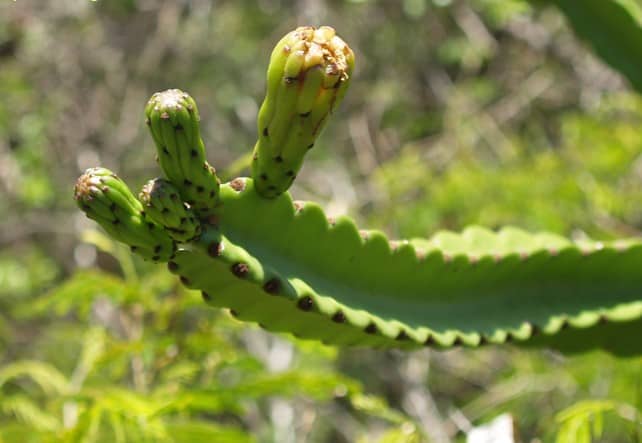 Leptocereus grantianus is a native to the island of Culebra, Puerto Rico. Only one population comprised of around 50 individual specimens of this rare cactus remains to exist.

It is a suberect cactus that can be as tall as 6.6 feet. The plant hardly has any spine. The young joints may grow only a few (usually one to three) minute spines, but they disappear as they grow old. The stems are long and have around five prominent ribs and scalloped edges.

Grazing, deforestation, expansion of agricultural land and production of charcoal are some of the key causes that have historically affected the vegetation of this area. Besides, the ecosystem of the island of Culebra is hugely disrupted by tourism and housing projects.

The only surviving population of this rare cactus occurs along the coast near Punta Melones. It is located near the shoreline, and the rocky banks are known to be fairly unstable. Thus, it is feared that a hurricane or a similar event can wipe out the entire population sometime in the near future. 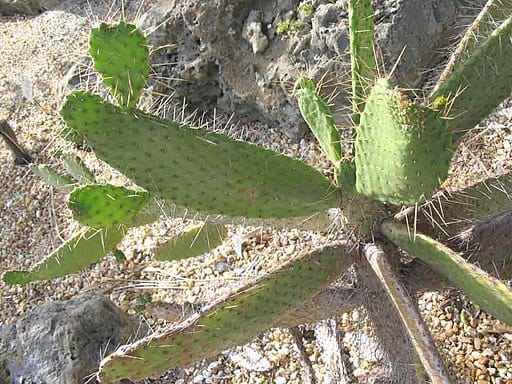 Consolea corallicola, commonly known as Florida semaphore cactus or Semaphore prickly pear, grows up to eight feet. This tree-like cactus gets its common name due to its resemblance to railway semaphore signals.
It was first discovered in 1919 on the island of Big Pine Key, Florida. It grows on bare rocks with thin humus coverings.

Currently, only two populations of this rare cactus remain in the wild, one on Little Torch Key and another on Swan Key. They occur in transitional zones of hammock and mangrove habitats. The number of distinct individual specimens is less than 20.

The most immediate threat to Florida semaphore is a non-native species of cactus-eating moth. The other threats include sea-level rise and frequent hurricanes. Scale insects, poaching, and habitat destruction also threaten the existence of this rare cactus.

One among the two existing populations of Consolea corallicola, only has male plants. Thus, reproduction has become a challenge, and vegetative reproduction is the only option. 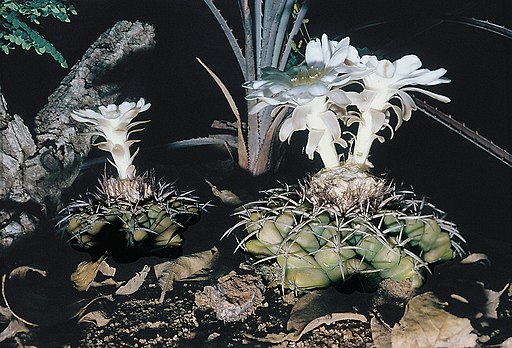 Discocactus subterraneo-proliferans is the rarest cactus plant as it is most likely to be extinct from the wild. The plant often grows in the shade of trees and has a sphere structure with spines.

It is a native to the state of Goias in Brazil. However, not a single specimen has been found since 1984.
Researchers conducted extensive surveys in the area and its surrounding 100 km to locate other specimens. As none could be found, it was concluded that the cactus was probably already extinct in the wild.

IUCN estimates fewer than 50 specimens of this rare cactus plant belonging to a handful of private collectors still exist. However, IUCN cannot determine the exact number of remaining plants.

Livestock farming, ranching, and cultivation of annual and perennial non-timber crops are the reasons that led to its extinction.

Scientists believe all species of Discocactus are threatened with extinction, and Discocactus subterraneo-proliferans is the rarest of all.