The first musical film came out in 1927. Titled The Jazz Singer, the movie marked the end of the silent film era and opened up a world of possibilities for filmmakers.

Although you can find examples of musical film throughout the mid 20th century, modern music videos arguably got their start when MTV launched in 1981. This new 24-hour TV channel served as a platform for iconic artists like Michael Jackson, who broke new ground with the videos from his album Thriller.

Although some modern music videos have big budgets, many of the most expensive music videos come from the ‘80s and ‘90s.

Here are the top 10 most expensive music videos ever made. 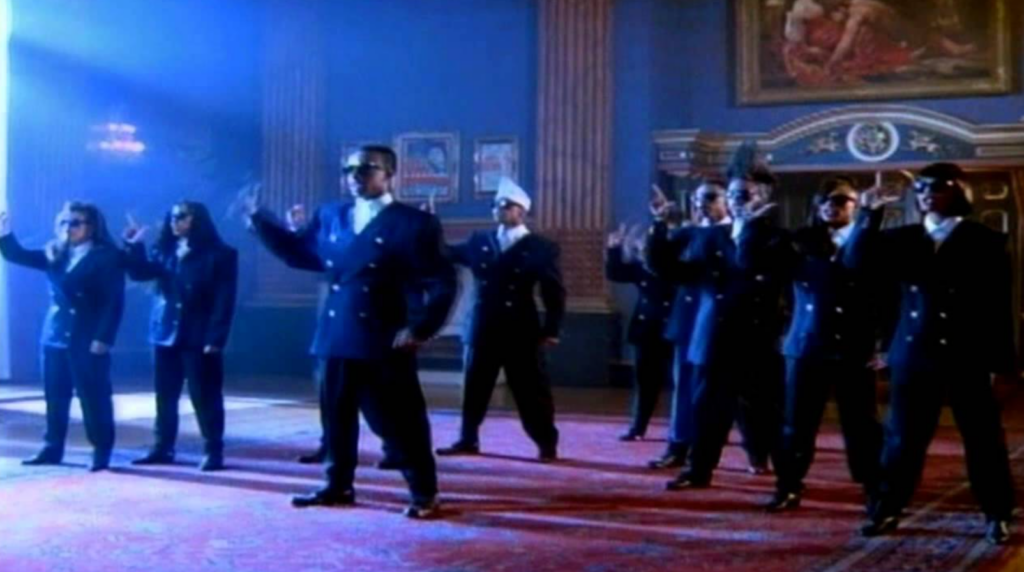 The music video for 2 Legit 2 Quit by MC Hammer is an ultra-expensive, 14+ minute long short film with appearances from Queen Latifah, Danny Glover, Henry Winkler, and a bunch of other celebrities.

With an all-star cast and a long runtime, 2 Legit 2 Quit tapped out with a $2.5 million budget.

Some of that money certainly went to cast members, but 2 Legit 2 Quit also featured some special effects, which probably upped the price even more.

This music video won the Soul Train Award for Best Music Video. It was also nominated for a VMA for Best Choreography in a Video.

Victory has features from The Notorious B.I.G. and Busta Rhymes, so it’s no surprise that such a big collaboration got a big video treatment. 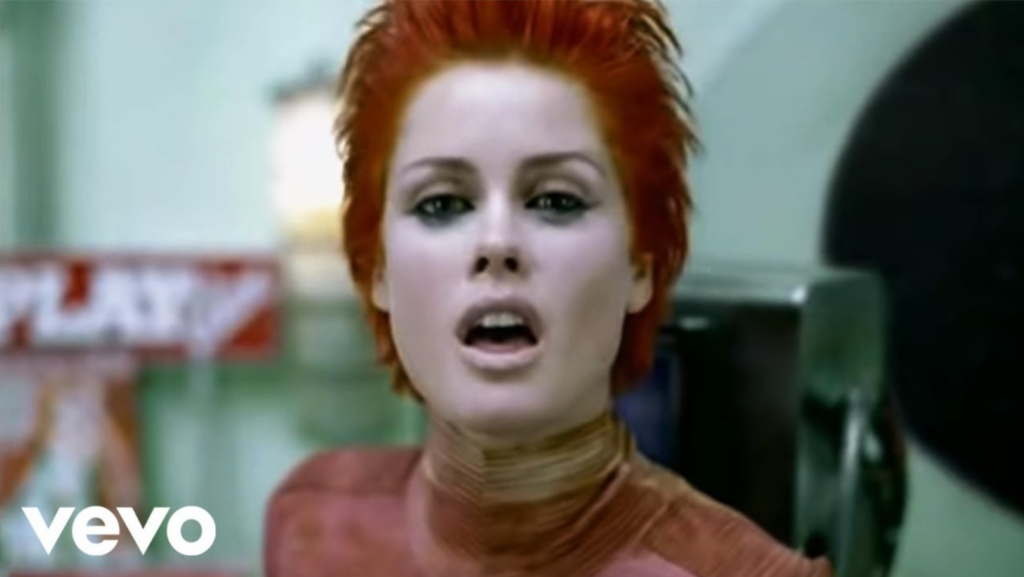 Aqua was a musical group from Denmark. Although they’re probably best known for their 1997 hit single Barbie Girl, the group also released Cartoon Heroes in 2000. The song peaked at #7 on U.K. charts and debuted alongside a $3.5 million music video.

Like other music videos on this list, a big chunk of that budget probably went to animation and set design. The video has a futuristic, alien aesthetic complete with coordinated outfits worn by the group’s members. However, these visuals weren’t enough to make Cartoon Heroes as successful as Barbie Girl. The song was ultimately a commercial disappointment, but the band’s album of the same title sold well across the U.K.

Aqua broke up in July 2001, shortly after dropping Cartoon Heroes. 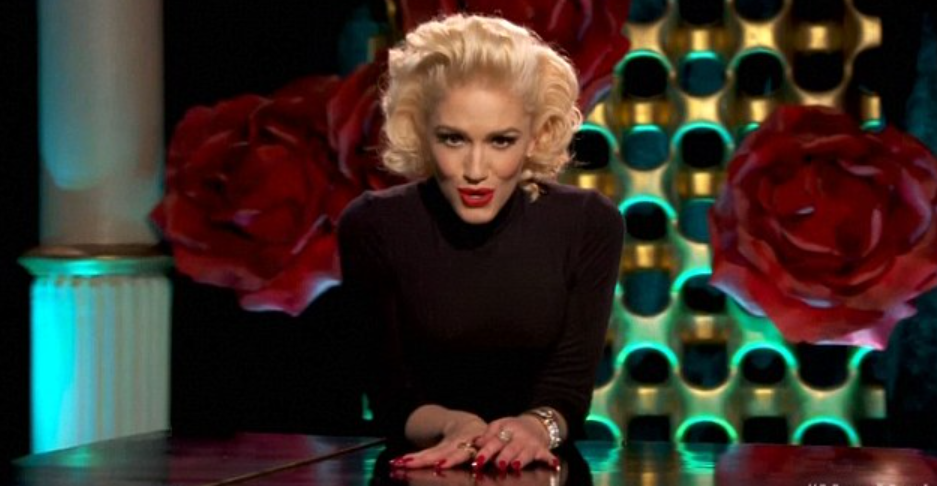 The music video for Make Me Like You is a pretty incredible feat. The entire video was made in a single. That’s right, no cuts. Plus, it was filmed live during the Grammy Awards, making it the first music video created live on national TV.

As a whole, this elaborate video cost $4 million.

Since this video was filmed live and without any cuts, Gwen Stafani used a body double during one scene. This let her head off to the video’s final stage where she wore a new outfit. 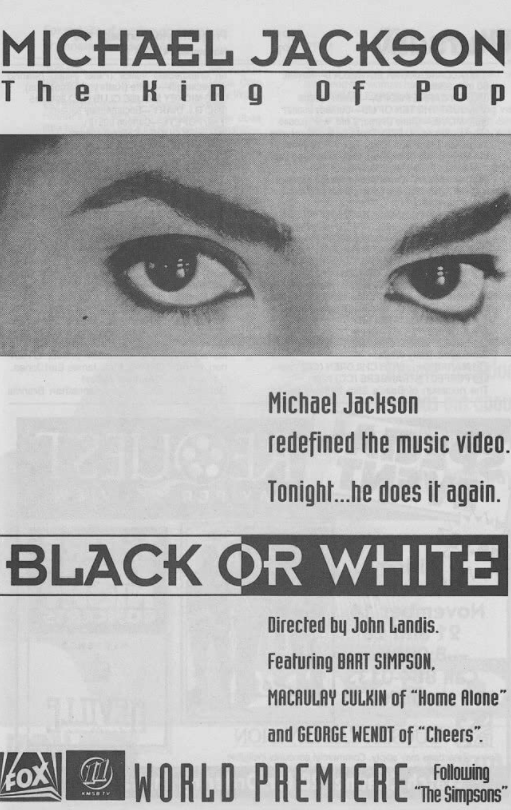 The video features elaborate sequences showcasing a variety of cultures, so a lot of that money probably went to costume and set design. However, the video also features big names like Macaulay Culkin from Home Alone as well as a unique special effects sequence toward the end — both of which likely pushed the price up even higher.

The Black or White music video was watched by 500 million people across more than 25 countries when it debuted on TV in 1991. That’s the biggest TV premier for a music video in history. 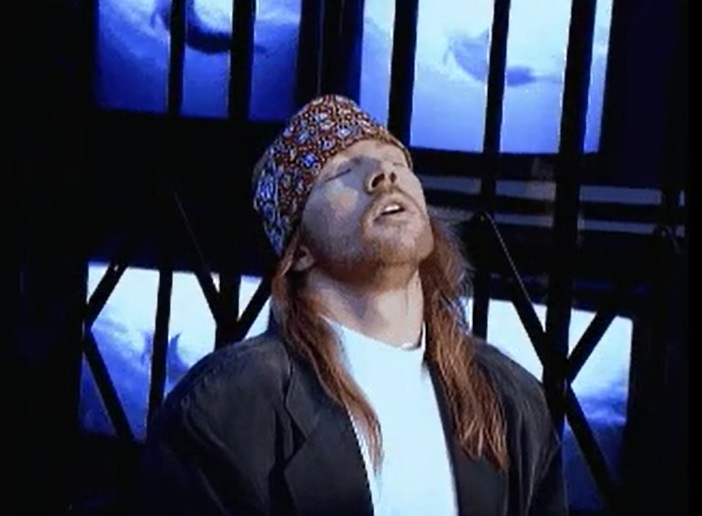 Guns N’ Roses 1993 music video for Estranged runs over nine minutes long. That runtime is filled with some strange moments — strange enough for some to call it one of the “most overblown creations in rock history.”

Estranged was part of a three-part series, including Don’t Cry and November Rain. While all these videos were expensive, Estranged beats them all with a budget of $5 million.

So what did all that money go towards? Well, beyond “magical dolphins,” a helicopter ocean rescue, and SWAT teams, the video includes several sequences of concert footage and warped, dreamlike editing.

The budget for Estranged was more than twice that of November Rain. 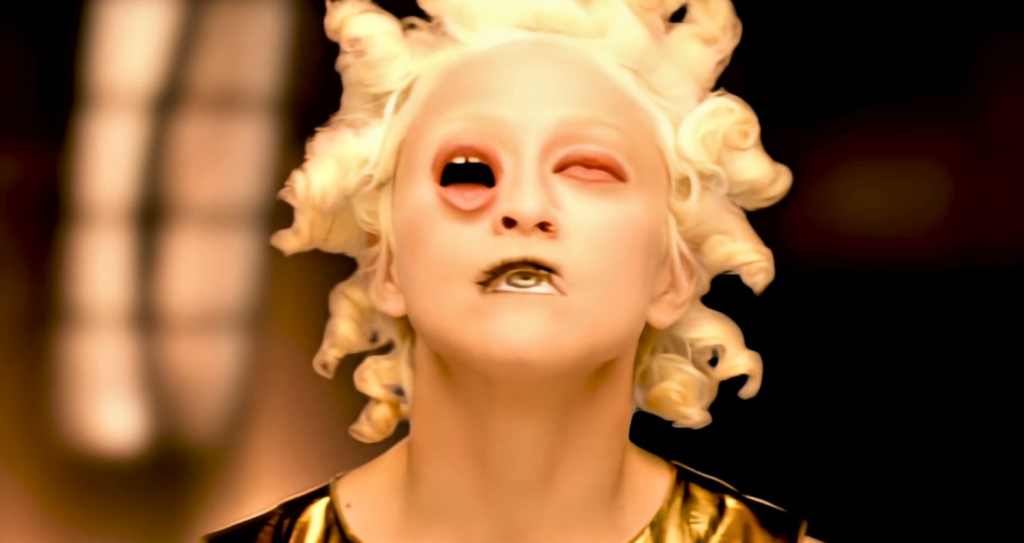 Bedtime Story dropped ahead of Madonna’s 1994 album Bedtime Stories. The song’s music video came out a little later, in 1995.

Like other videos in Madonna’s catalog, Bedtime Story cost a lot thanks to expensive production details. However, the video and song weren’t as popular as other projects by the artist. According to one report, the song didn’t gain traction on most U.S. charts, but it did earn the number one spot on the Hot Dance/Club chart. 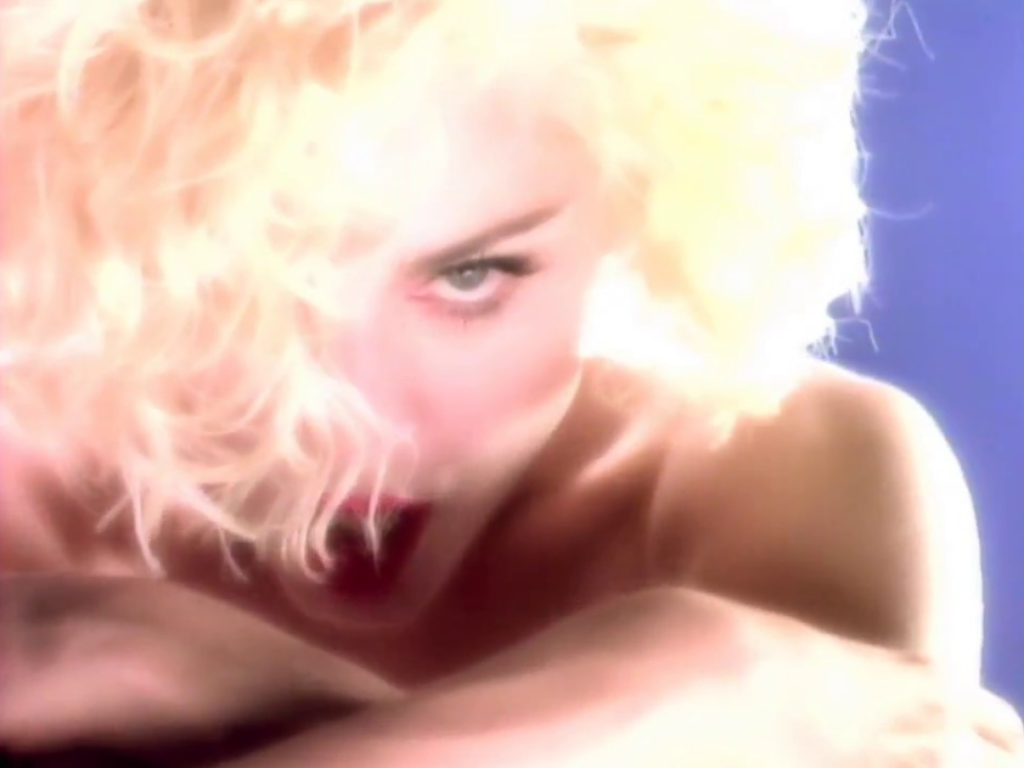 Express Yourself was the second single from Madonna’s 1989 album Like a Prayer. The song’s music video was a massive hit on MTV and won big in awards season. David Fincher, the video’s director, won a VMA for Best Direction and Madonna was nominated for Best Female Video.

The video itself was inspired by the dystopian movie Metropolis and earned praise for Madonna’s characteristic challenge of gender norms. “Madonna was a strong female presence,” said Gregg Fienberg, who produced the video. “[She was] promoting women’s power.”

David Fincher is probably best-known for his feature-length films, but he actually mostly worked on music videos before directing the 1995 movie Se7en. 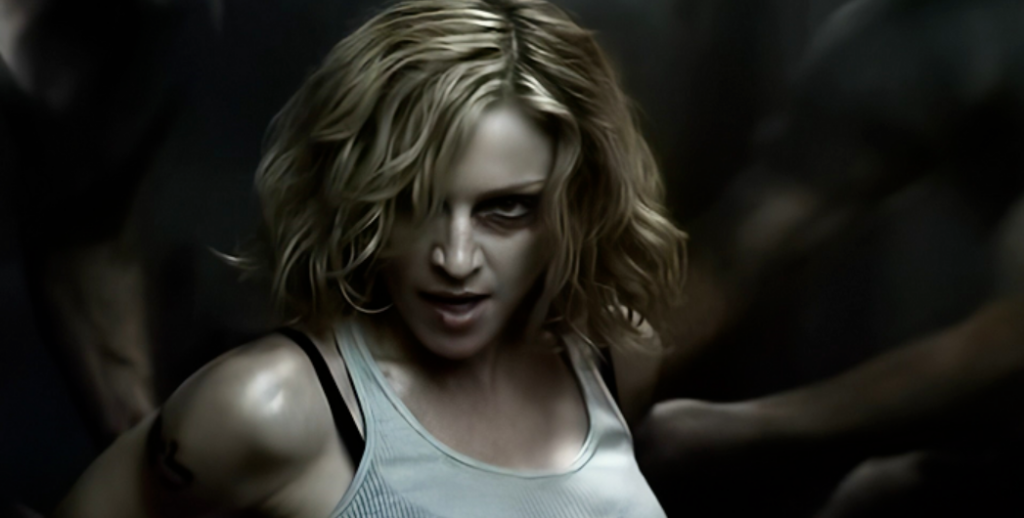 The music video for Die Another Day has three director credits, but the group of filmmakers is collectively known as “Traktor.”

Traktor is a Swedish production team made of two producers and three directors. The group has created a lot of TV commercials, but they also joined Madonna’s music video project for Die Another Day.

The 2002 song was created for the James Bond film of the same name. In an interview, Madonna said, “'[the] Lyrics are about destroying your ego, and…the fight against good and bad.”

The video looks a lot like a Bond movie. Madonna is being held captive and questioned before fighting back and escaping. In the end, the high production value shot the budget past $6 million.

Madonna says she wanted to make something unique for the 2002 Bond movie: “Everybody wants to do the theme song of a James Bond movie, and I never liked to do what everybody else likes to do…[so I decided] James Bond needs to get techno.” 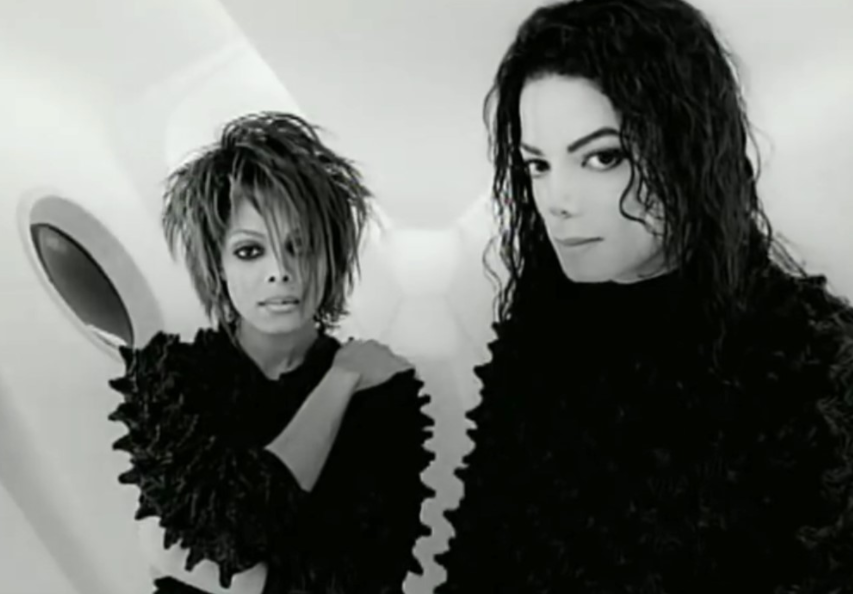 Scream by Michael and Janet Jackson is the most expensive music video ever made.

Michael and Janet Jackson’s Scream was a single from Michael’s 1995 album HIStory. The song was produced by Jimmy Jam and Terry Lewis, the same duo that worked on Janet Jackson’s 1986 album Control.

On Scream, Michael and Janet “[rail] against the press” with a sense of frustration. According to Mark Romanek, the music video’s director, the video had to be completed in just seven weeks. “They wanted it to be big,” Romanek said, which made things tricky.

The final plan involved seven new sound stages and two weeks of shooting, so the sheer scale of the production made the whole endeavor very expensive. Plus, Scream included several sequences of animation, which was certainly costlier in ‘95 than today.

In the end, the Scream music video cost $7 million. That budget didn’t make the head of the record label happy, but production moved forward anyway. In the end, Scream won a Grammy Award for Best Music Video (Short Form).

The Scream music video had a lot of iconic visuals, including Janet Jackson’s outfit. In mid-2021, that outfit sold at auction for $125,000.