Whether offered in a wedding ceremony, to a true love, to decorate a storefront, or fill a garden, flowers are still symbols of beauty and prosperity after thousands of years of human history. Flowers range in price from a few bucks to a punch in the wallet when you’re late getting someone special their rose bouquet on Valentine’s Day. But in general, a flower isn’t going to break the bank.

These are the flowers that can. Continue reading to learn about the history and biology of the 8 most expensive flowers in the world. 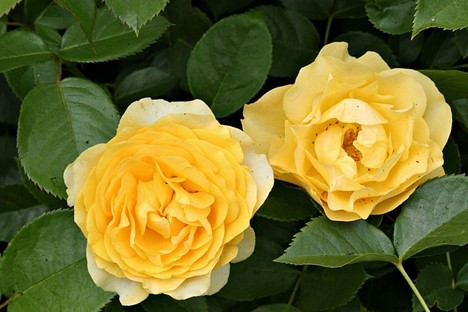 The Julia Child Rose was patented in 2004 and is well-known for its buttery, yellow petals and glossy appearance, as perfect as a fake flower. The plant resists disease and doesn’t give its owners much trouble while thriving in most temperatures, making it as popular in Florida as in California.

Buying a Julia Child Rose costs about $90, making it the first easy entry in this list of quickly ascending flower values.

Many lists of the most expensive flowers in the world include the Juliet Rose, named for the play, bred by David Austin over a period of 15 years, debuting it at the 2006 Chelsea Flower Show. The reason is that the rose cost the famed breeder nearly $5 million to successfully breed over that period. However, to buy a Juliet Rose only costs about $50, so we didn’t include it. 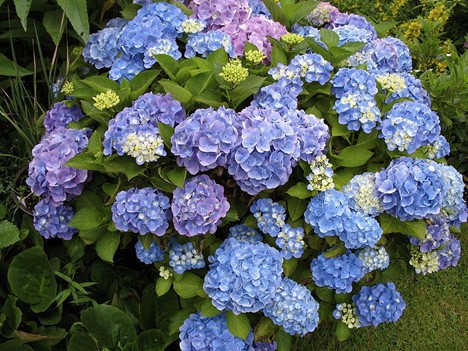 Hydrangeas are not rare. They also don’t have a set price or color, ranging in value and variety from a few dollars for a bunch to hundreds of dollars for a small cluster of them. The reason they are on this list is that the cultural value of hydrangeas has driven their value past the point of rarity making a difference.

These flowers are the most popularly used flowers for bouquets and wedding arrangements. As such, high-quality hydrangeas fetch handsome premiums at receptions and celebrations across the world. An expensive wedding bouquet can cost $500, even if the hydrangeas themselves are not the world’s rarest flower.

One of the most fascinating things about hydrangeas, which are most plentiful and diverse in China and Japan, is that the plants can live for up to 50 years. Just think – the flowers often last longer than the marriages they’re cut to celebrate! 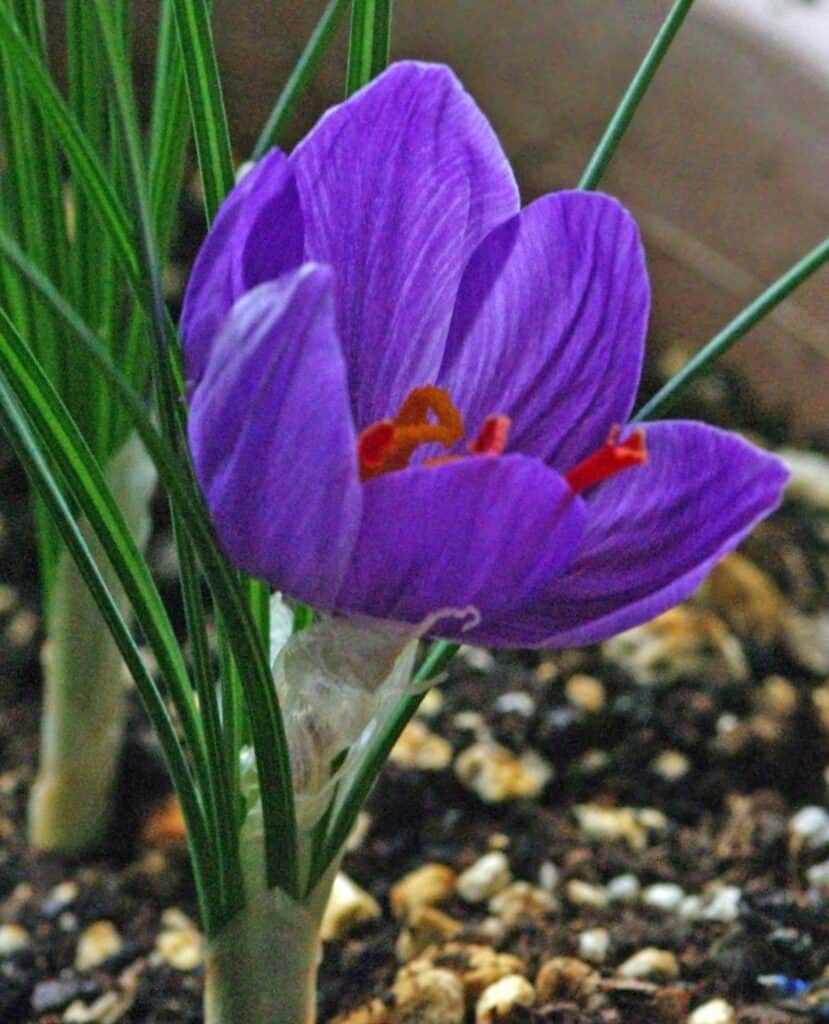 High-quality saffron is well-known as one of the world’s most expensive spices, so it stands to reason that a flowering Saffron Crocus would be one of the most expensive flowers too. These purple flowers bloom in the Fall and give off a scent of spicy vanilla.

The plant begins as a “corm,” which is a saffron bulb, and grows into a beautiful flower whose stigmas can be harvested and used in cooking as the coveted spice, saffron. These yellow or orange strands, of which each flower contains around three, are the reason this hardy plant, which can survive temperatures down to negative ten degrees Fahrenheit, can cost over $800 to buy.

It takes a lot of Saffron Crocus flowers to make a usable amount of saffron, especially if you cherry-pick the strands for quality based on the hue. This is why, despite the flower’s high premium, the spice is even more expensive per ounce. 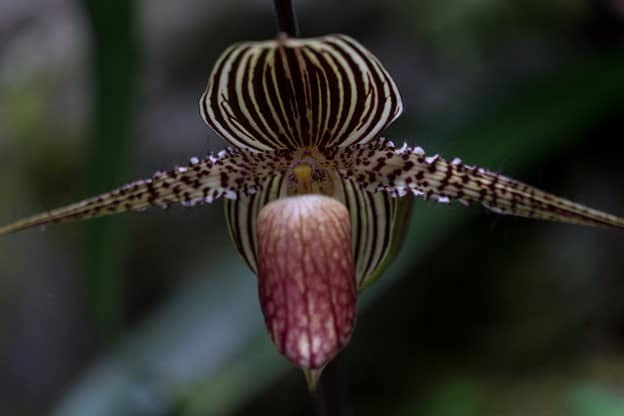 The Gold of Kinabalu orchid, also known as Rothschild’s Slipper Orchid, is a tall plant that grows up to six flowers in a single stalk. But this doesn’t stop this ultra-rare orchid, which flowers around late April to early May, from costing around $5,500 to own.

The orchid grows in the mountains of the rainforests of Malaysia and Borneo, specifically in the vicinity of Mount Kinabalu, hence the flower’s name. Its red-spotted petals attract parasitic flies, which pollinate the orchid. However, artificial cultivation has failed to reproduce its specific growing needs anywhere else, which keeps the foreign beauty in high rarity and higher demand.

The Gold of Kinabalu Orchid grows in very specific conditions, such as in ultramafic soil, which contains magnesium-rich igneous rock, near rivers in nutrient-rich leaf litter, and on certain cliff faces. Being limited to these conditions in one region at elevations of over 500 meters above sea level has only made this rare flower more coveted. 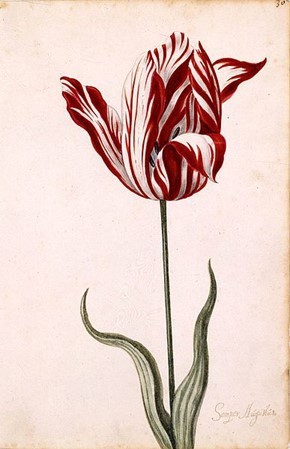 In what would later become known as Tulip Mania, the introduction of tulips to Europe at the time prompted royal interest because of the flower’s unique shape, turning it into a symbol of status and wealth. Holland and the Netherlands, which at the time represented the most advanced economic system in the world, began to pay through the nose for tulips, especially the rarer multicolored ones. A tulip virus (yes, really) broke out in the later 1630s and caused the price of the remaining tulips to skyrocket and crash, causing a run on the tulip market and a drop in value so harsh that it caused economic panic.

We can only estimate the value of a single tulip bulb as being in the thousands, even back then.

Today, terms like “price bubbles” and “market crashes” are well-known phenomena in the modern stock market. However, in the 1600s, these were unknown terms until Tulip Mania, which defined economic legislation and the standards of the subsequent periods. 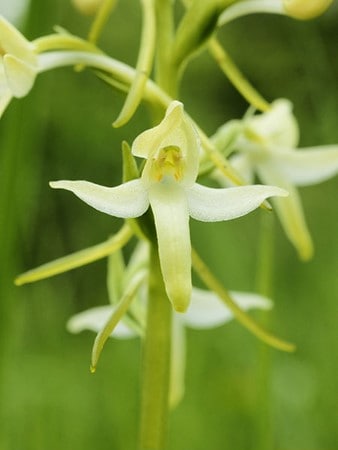 Continuing the orchid’s dominance of this rare flower show, the Hochstetter’s Butterfly Orchid was rediscovered in the mid-2010s on an island in the Azores in the North Atlantic Ocean, called São Jorge. Long thought extinct, the butterfly orchid, as this flowering pattern is called, only grows in a single forest on the top of a mountain on this island.

The orchid’s scarcity is caused by invasive flower species introduced to the islands by settlers. To buy one of these exquisitely rare flowers costs around $6,000 per stalk.

There are three known butterfly-orchid species, including Hochstetter’s. They were discovered in 1838 by a German botanist appropriately named, Karl Hochstetter. Distinguishing different flower species at the time was such an imprecise art back then though, that the initial scientific report incorrectly identified them as two species, both of which he mislabeled. But he made the discovery, so he gets the name! 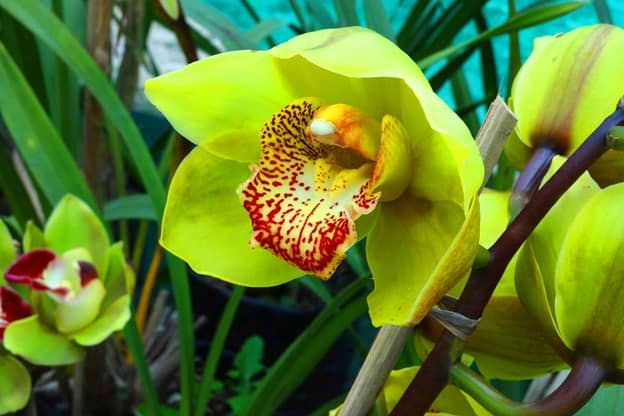 Orchids have dominated this list so far, but they won’t take the top spot. The most expensive orchid in the world is known as the Shenzhen Nongke Orchid, named after the agricultural scientists who made it at Shenzhen Nongke University in China. You read that right – this orchid is man-made, a process that required extensive, delicate research for almost a decade.

This orchid is exquisitely rare. Even the plants that do exist only bloom once every 4 or 5 years. An anonymous bidder bought a Shenzhen Nongke Orchid in 2005 for $217,000 (or at least, the Chinese Yuan equivalent). This makes it the most expensive flower ever sold at an auction.

One of the most shocking things about these expensive orchids is that those who buy them may be eating them! Rare orchids are often considered to have healing properties. While research suggests that they do contain a ton of Vitamin C and E and could help with eye diseases, there are cheaper ways to get your daily supply! 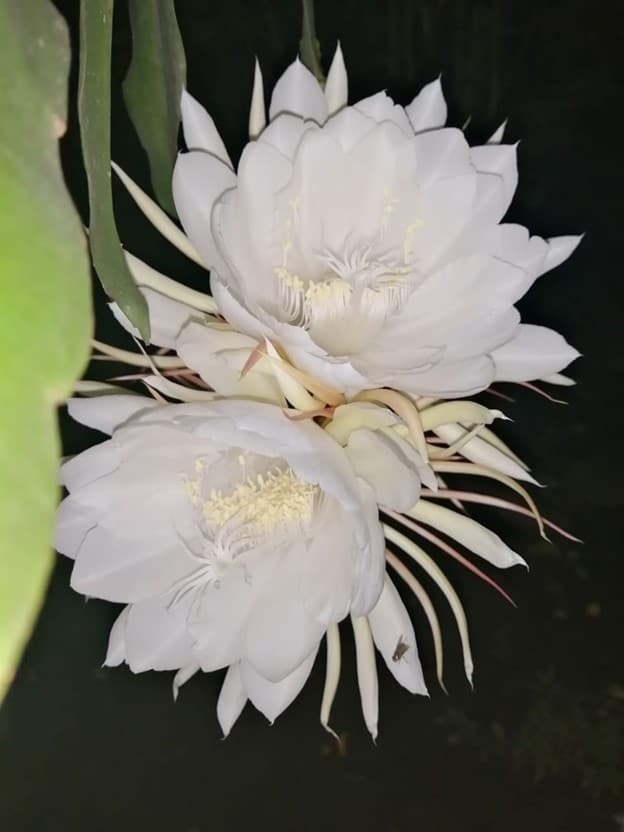 The most expensive flower is the Kadupul flower. But you may have noticed that we didn’t list a price. That’s because this flower technically is not the world’s most expensive – in reality, it doesn’t even have a price! This flower is so rare that it’s become priceless. This is because of a combination of two unfortunate facts of nature – the national flower of Sri Lanka can only be grown there, and as soon as you pick it, it dies.

Even if you don’t pick it, the flowers die in a matter of hours. This means that so far, no one has been able to preserve the Kadupul flower long enough to send it anywhere. The only way to experience this white beauty, even secondhand, is to buy exorbitantly priced Kadupul flower perfume, which takes on some of the flower’s legendary relaxing properties.

The flower is also known as the Queen of the Night or the Flower from the Heaven in Sri Lanka. In the early afternoon, a Kadupul plant may start blooming for about two hours, producing as many as 100 flowers per plant, each with its own set of delicate, thin petals. According to ancient legend, the blooming of the Kadupul signals the Nagas, heavenly beings that are half-human and half-snake, to descend to earth and give flowers to Buddha on Mount Sri Pada.

The world’s most expensive flowers often grow rarely and die soon. To own them, even for just a few days, some people pay thousands of dollars. Flowers have held cultural and mythological significance forever so it only makes sense that people would still look at them with a twinkle in their eye. Just remember to only smell what you can afford!

10 Most Expensive Teas You Can Buy from Around the World