10 Most Expensive Teas You Can Buy from Around the World

Tea is a beloved drink around the world and in general it’s affordable to nearly everyone. With countless of varieties available, of course there are some teas that are pricey. The most expensive teas in the world cost hundreds and thousands of dollars per kilogram. The top most expensive tea on this list costs an eye-popping $1.2 million and is incredibly rare. If you ever have the chance to sample some of the teas on this list, don’t pass on the opportunity even if you aren’t a tea lover. 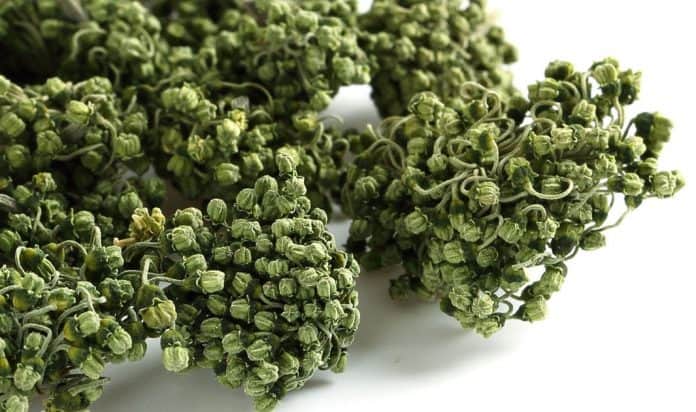 Tienchi Flower Tea is an herbal tea that is prized for its health benefits. The flower grows in Yunnan Province, China and is rare because the flowers only grow once every three years. Currently, Tienchi Flower Tea costs about $200 per kilogram. 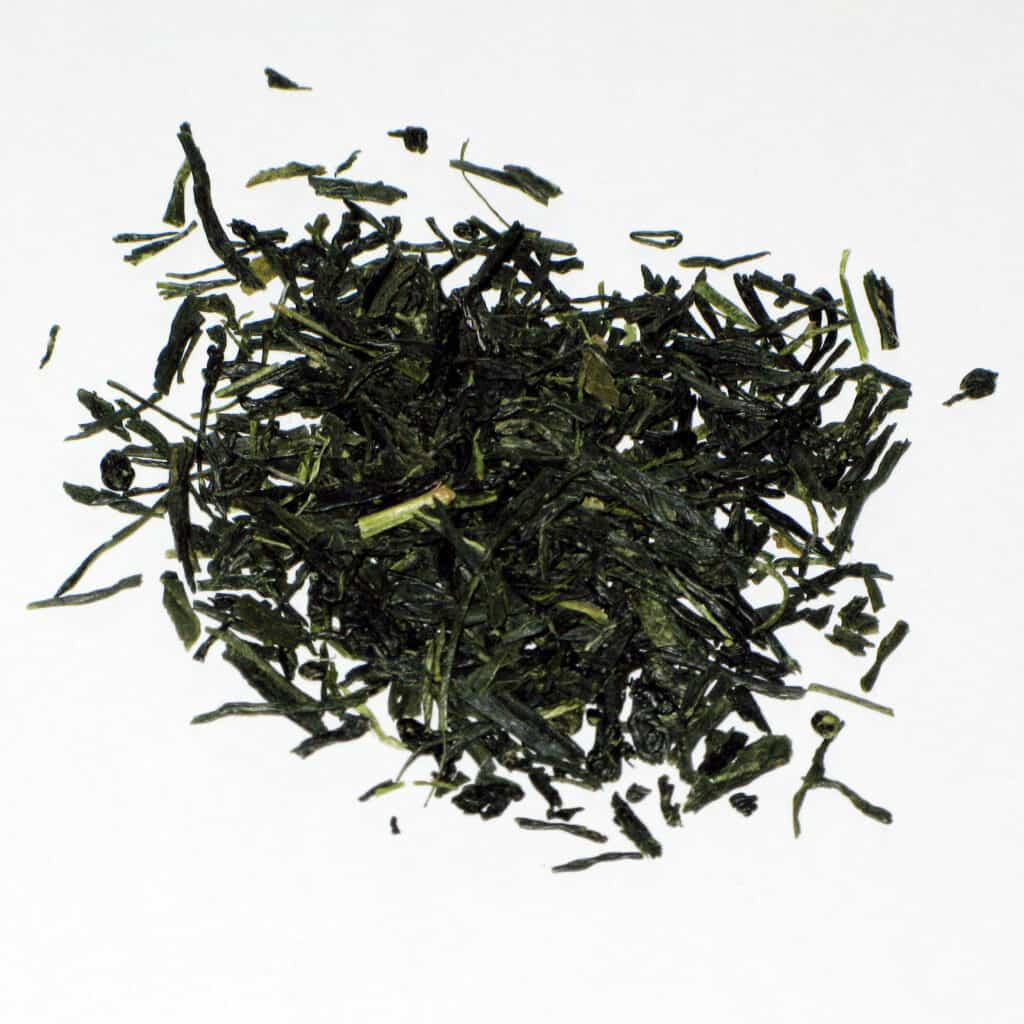 
Gyokuro is the highest grade of green tea in Japan and the country’s most expensive tea. A kilogram of Gyokuro costs about $650. Gyokuro maintains a rich green color because it is partially grown in the shade instead of full sun like other types of Japanese green tea. At least 20 days prior to harvesting, the tea leaves are shielded from sunlight, which adds to production costs.

Gyokuro is prepared differently from other green teas. It is typically steeped at a lower temperature to draw out the best flavor.

Shading the Gyokuro increases the amino acid theanine and the alkaloid caffeine levels to increase in the leaves, which provides Gyokuro with its signature light sweet flavor. 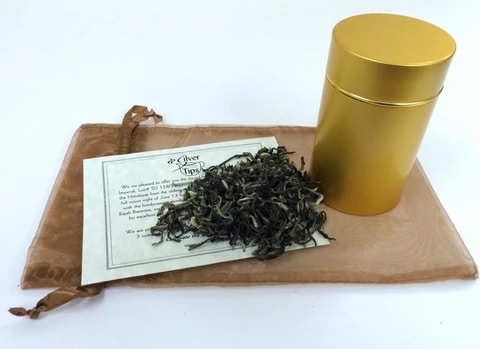 Silver Tips Imperial is the most expensive tea from India. The rare tea is only harvested on the Makaibari estate on clear, full-moon nights when the planets align to produce optimal harvest conditions. Such special tea comes at a cost of about $1,850 per kilogram.

Silver Tips Imperial must be picked at night and work must be finished before the sun rises because Makaibari’s farmers believe that sunlight alters the tea’s aroma and consistency. 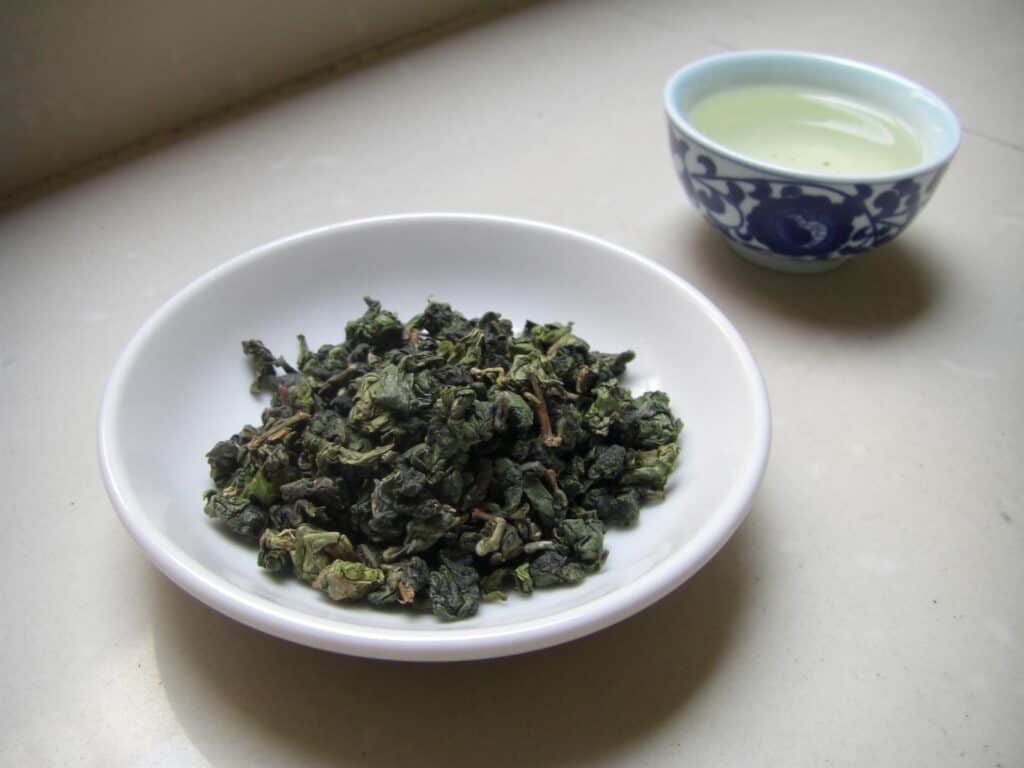 Tieguanyin is yet another expensive oolong tea from China. The best varieties of Tieguanyin cost about $3,000 per kilogram. Tieguanyin was first produced in Anxi, China in the 19th century. The area of Anxi that Tieguanyin is grown affects the tea’s flavor profile.

Tieguanyin tea is named for the Chinese Goddess of Mercy Guanyin, who is known in Japan as Kannon, and in Korea as Gwan-eum. 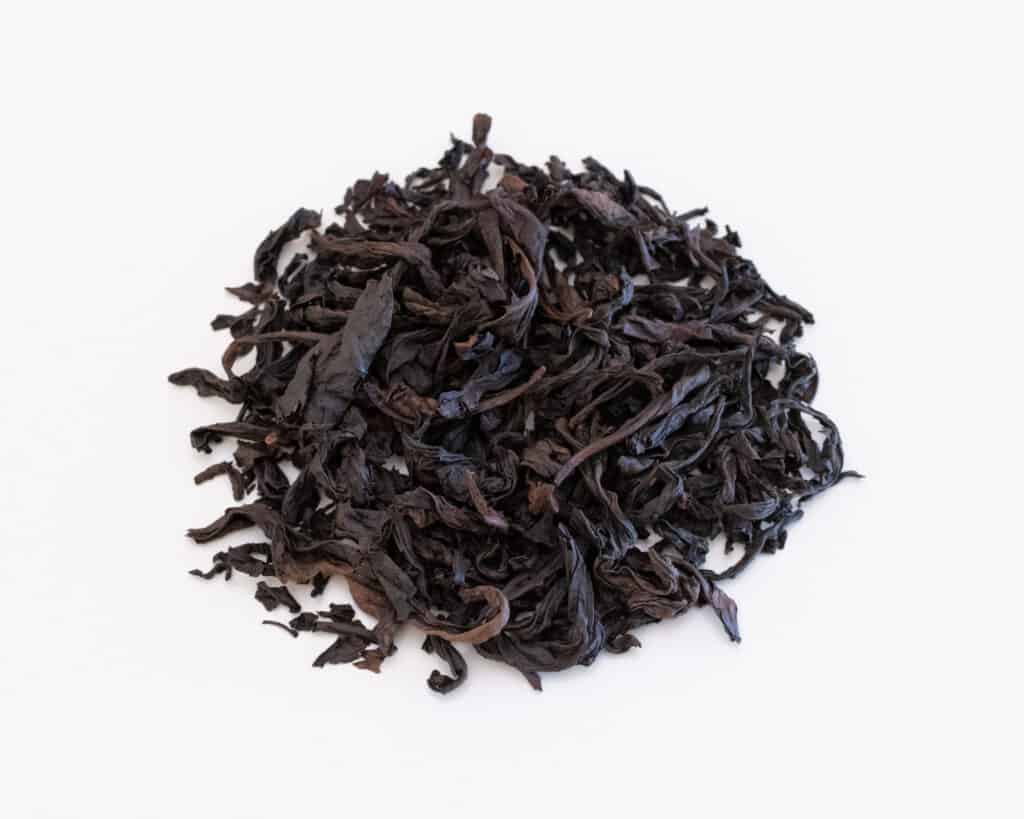 Vintage Narcissus tea, which is called Shui Xian in China, is another rare tea with a high price tag. According to different sources, Vintage Narcissus can cost as much as $6,500 per kilogram. The tea is grown in the Wuyi Mountains of China and is variety of oolong. Reportedly, Vintage Narcissus has an orchid-like aroma and a light floral flavor. Vintage (aged) Narcissus tea is expensive because the tea typically can’t hold up for more than 30 years. Any vintage over 30 years is incredibly rare.

“Shui Xian” means water sprite, which is why the tea is called Narcissus in English as a nod to the Greek mythological figure of the same name. 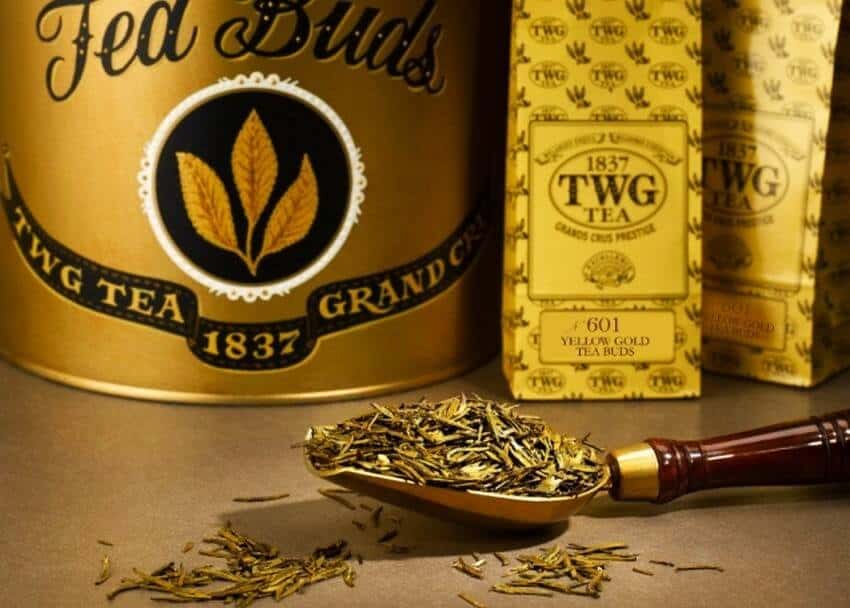 While other teas on this list are more expensive, TWG’s Yellow Gold Tea Buds, are the most luxurious. This rare yellow tea is painted with 24K gold flakes, which only adds to its expense. Yellow Gold Tea Buds are only available through TWG, which is located in Singapore. However, the tea can be ordered online. Currently, Yellow Gold Tea Buds is selling for S$582 per 50 grams (about $431).

Reportedly Yellow Gold Tea Buds are harvested on only one mountain, one day per year. TWG harvests only the tea buds from the top of the tree with golden scissors.

TWG Yellow Gold Tea Buds are sun-dried and heat treated in a process that gives the tea leaves a yellowish color and a soft flowery taste. 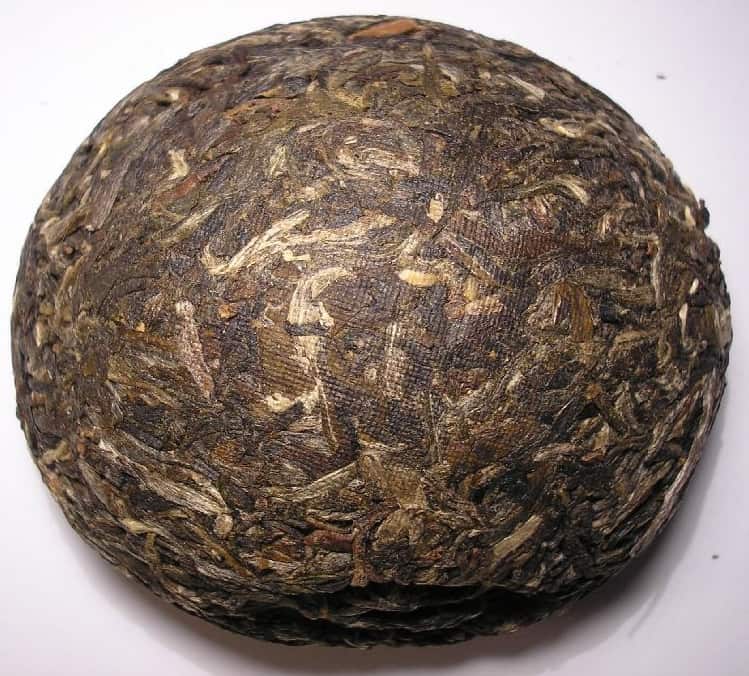 Like some of the other expensive teas on this list, there is affordable, lower-quality, Pu-erh tea. However, the best, special grade Pu-erh is worth up to $10,000 per kilogram. Pu-erh is a fermented tea and like wine, its age affects its quality and its price.

Making authentic Pu-erh is so serious that it is one of the few teas to be designated a protected origin product by the Chinese government. In order for a tea to be designated Pu-erh, it has to be made from the large-leaf subspecies Camellia sinensis var. assamica and grown in Yunnan Province. 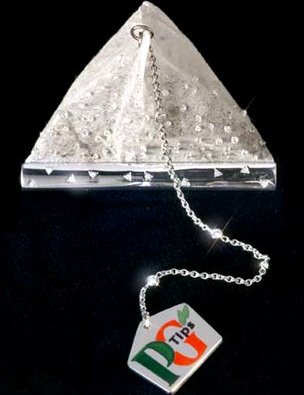 Back in 2005, PG Tips, a famous tea brand from the United Kingdom, released a special diamond encrusted bag of tea. The PG Tips Diamond Tea Bag was created to raise money for the Royal Manchester Children’s Hospital and to mark PG Tips’ 75th anniversary. 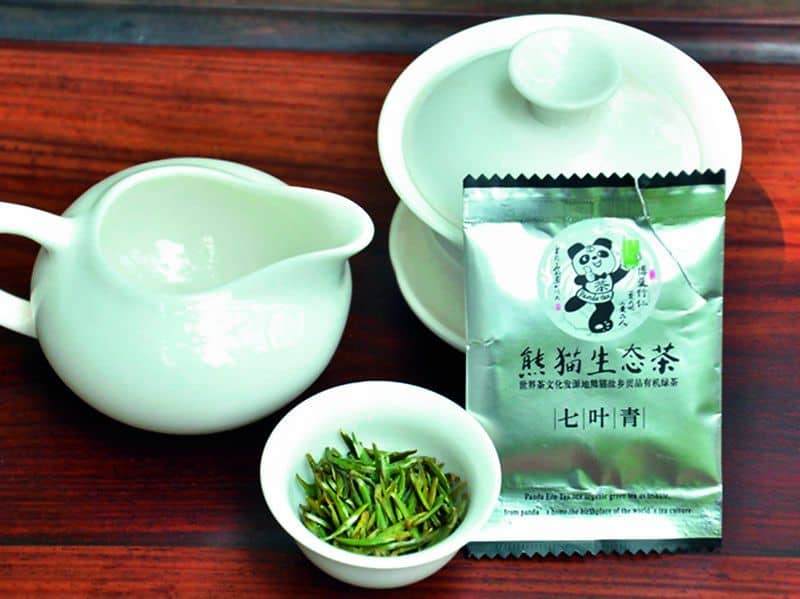 Despite its name, Panda Dung Tea isn’t what you’re thinking. The tea is just regular green tea that is fertilized by panda poop. Each cup of Panda Dung Tea costs $200, which amounts to about $70,000 per kilogram.

The tea is grown in the Ya’an Mountains of Sichuan, China. An Yanshi, the businessman making the tea, claims that the green tea is healthier because pandas only eat wild bamboo and absorb around only 30 percent of their nutrients. According to Yanshi, this means that the remaining 70 percent of nutrients remain in the panda’s droppings.

When the news about Panda Dung Tea first came out, its creator An Yanshi defended the steep price by saying most of the profits would be diverted into an environmental fund and that future batches would become cheaper. 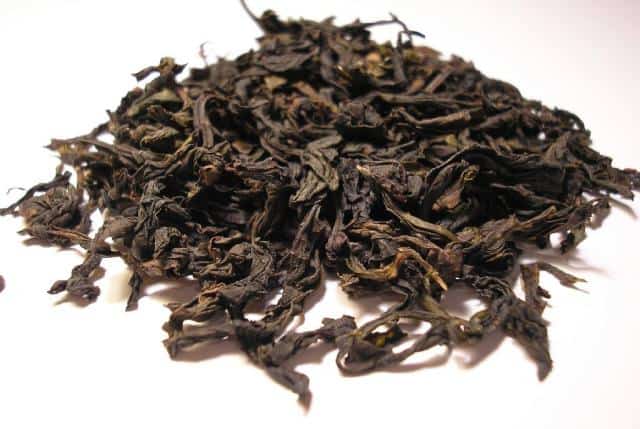 With a price tag equivalent to $1.2 million per kilogram, Da Hong Pao is most expensive tea ever in the world. While there are cheaper versions of Da Hong Pao around, original Da Hong Pao is so expensive because of its rarity. Today, there are only six mother trees remaining on the stiff cliff of the Wuyi Mountains in Fujian Province, China.

Since 2006, the Da Hong Pao mother trees have been protected plants and no one is allowed collect tea from the trees without government permission. One of the last batch of Da Hong Pao harvested and made from the mother trees has been collected in the Palace Museum in Beijing. In 2005, a 20g bag of Da Hong Pao was sold for ¥208,000 at auction; this is the highest auction record for Da Hong Pao.