8 Most Expensive Elements Found Around the World

Altogether, scientists have discovered 118 elements. Just like the universe itself, the exact history and origins of these elements are unknown, but scientists have been steadily learning more about the materials that build our entire world.

When it comes to classifying elements, the story starts in the 19th century with the birth of Dmitri Mendeleev. Dmitri was a Russian scientist who developed an early version of the periodic table. This version, which was completed in 1871, intentionally left blank spaces where Dmitri believed newly discovered elements would fit in the future — and it turned out he was right. Four new elements were discovered and added to the periodic table as recently as 2016, but similar discoveries have taken place throughout the 19th, 20th, and 21st centuries.

Here are the top eight most expensive elements in the world. 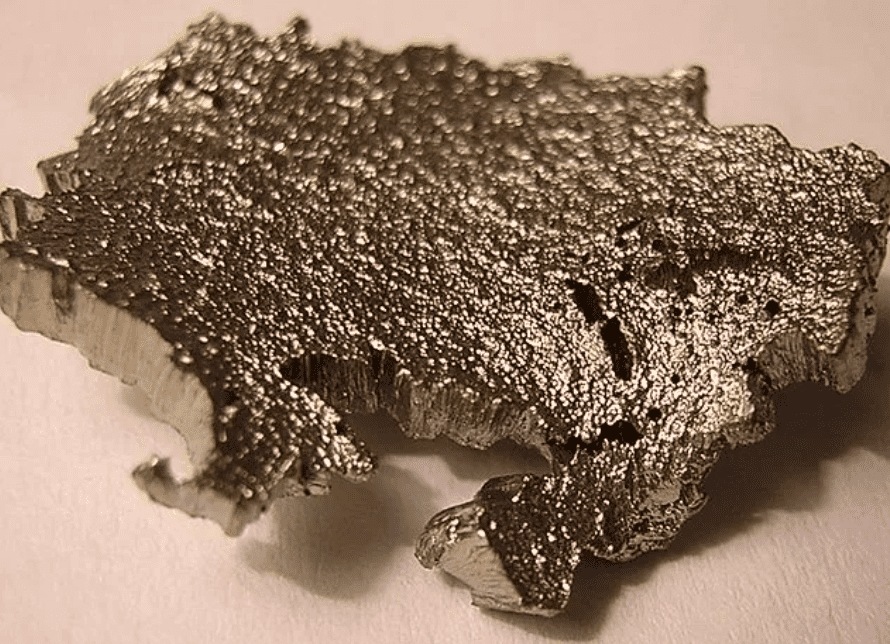 Scandium is a very soft metal that was discovered in 1879. The material isn’t very dense — only about three times denser than water — and it’s scattered around the planet among more than 800 minerals. As the 50th most common element on earth, scandium isn’t exceedingly rare, but it’s still rare enough to demand a hefty price tag. One gram of this metal will cost you about $270 — that’s $122,500 per pound.

Interestingly, despite being quite rare on earth, scandium seems to be very abundant in outer space. Although exact numbers throughout the galaxy are unknown, the metal appears to be the 23rd most common element in the Sun.

Scandium is often used to create high-intensity lights since it produces light that is very similar to natural daylight. It’s also used in the creation of alkaline batteries as well as sporting equipment such as metal bike frames and baseball bats. 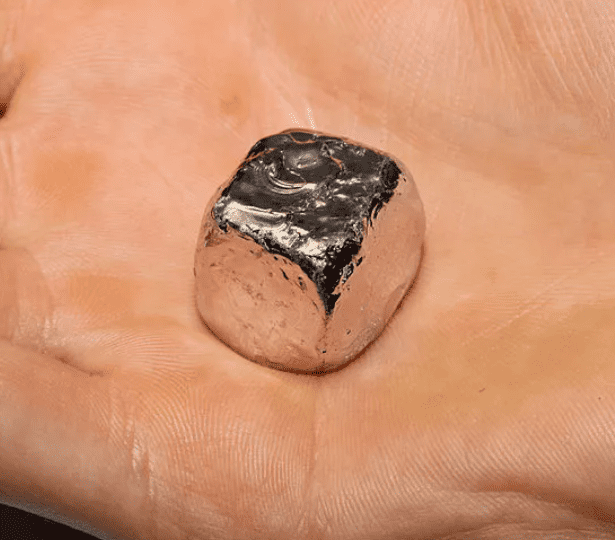 Rhodium is the rarest non-radioactive metal in the entire world. The material costs way more than silver and gold — with a price tag of about $545 per gram (that’s nearly $17,000 per ounce). That price is the result of how incredibly rare rhodium is. The silvery-white metallic element only occurs in up to “one part per 200 million in the Earth’s crust,” so it’s extremely difficult to track down and really hard to harvest.

Rhodium (or Rh) was discovered by William Hyde Wollaston in 1803 when he extracted the material from a piece of platinum from South America. Today, the element is typically used in systems that convert harmful engine emissions into less damaging fumes. It’s also used to finish jewelry since it’s durable and resistant to tarnishing.

Rhodium is often alloyed (combined) with other metals to make oxidation-resistant materials that can withstand high temperatures. 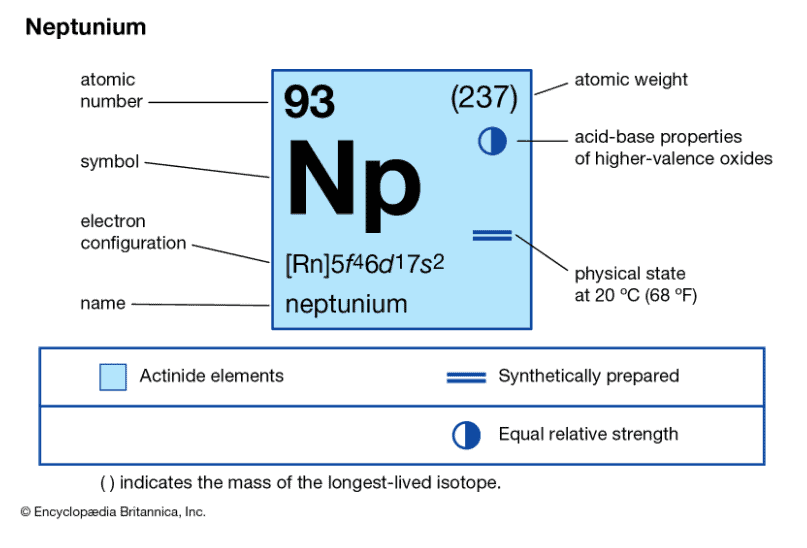 Neptunium is an ultra-rare element that’s radioactive and extremely expensive. The material isn’t typically encountered in nature since it only occurs in very small quantities across the planet. However, the element is relatively common inside nuclear facilities and labs since it’s used in neutron detectors.

Interestingly, despite being radioactive, some reports suggest scientists haven’t discovered any specific health effects in humans after exposure to neptunium. However, other reports of studies analyzing the impact of neptunium exposure on bones suggest the element can lead to cancer.

Although there are some mixed results when it comes to studying the impact of neptunium exposure on humans and animals, one report says, “Several studies report ‘relatively high concentrations’ of neptunium in adrenal glands of laboratory animals.” 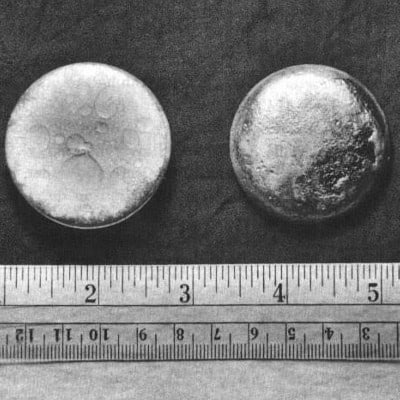 Of all the elements on this list, plutonium is probably the most famous — and the most destructive. The material was discovered in 1941 by a group of American chemists: Glenn T. Seaborg, Joseph W. Kennedy, and Arthur C. Wahl. The element was eventually used in multiple atomic bombs, and it’s still used in nuclear bombs today.

Estimates vary, but one gram of plutonium will cost you about $4,000.

Plutonium isn’t all about weaponry though. According to scientists, the material is key in developing nuclear energy. It’s even been used to power space missions, including the Mars Curiosity Rover. Plutonium also powers the New Horizons spacecraft, the first spacecraft to visit Pluto. Interestingly, plutonium got its name from the planet of Pluto.

After the plutonium-powered New Horizons spacecraft reached Pluto in 2015, it went on to travel the solar system. As of April 17, 2021, New Horizons reached a staggering distance of 50 astronomical units (AU) from the Sun. (One AU is about 93 million miles.) 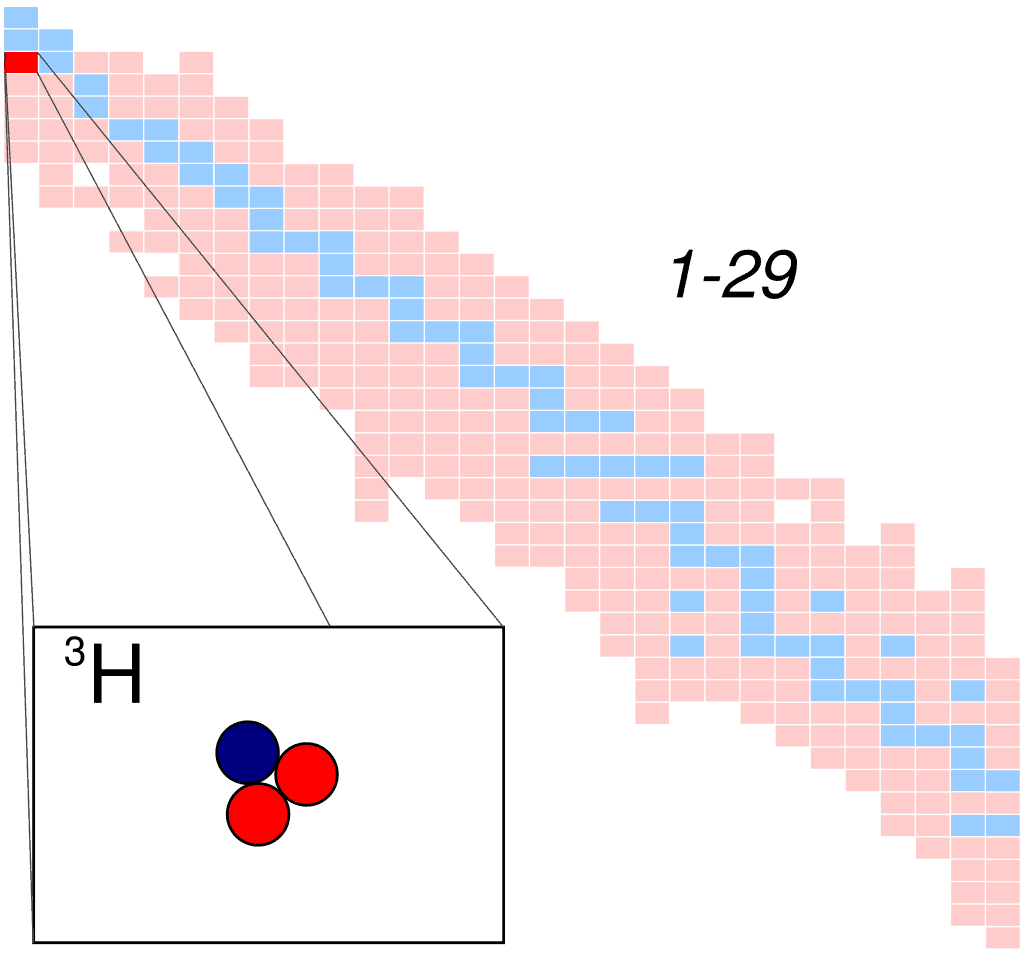 Tritium is an isotope of hydrogen. Isotopes are “one of two or more forms of the same chemical element.” The material is radioactive and incredibly rare, so it gets pretty expensive. Although reports vary, the isotope easily sells for $30,000 per gram — that’s about $13,607,760 per pound.

Tritium was discovered in 1934 by three physicists: M.L. Oliphant, Ernest Rutherford, and Paul Harteck. Today, the material is regularly used to light objects like safety signs, including exit signs you may see in public spaces.

Interestingly, tritium is often found in water — so you might have some tritium in you right now, especially if you live near a nuclear plant. Experts say this doesn’t pose any health risk and the material quickly leaves the body within about two months of ingestion.

Unlike some radioactive materials, radiation emitted by tritium cannot go through human skin. 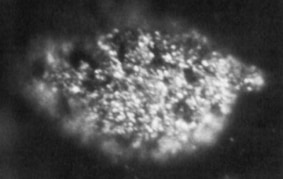 Berkelium (or Bk) was found in 1949 by several American chemists: Stanley G. Thompson, Albert Ghiorso, and Glenn T. Seaborg. The group was studying at the University of California, Berkeley when they found that berkelium was a product of interactions between other materials.

This element was named after its place of discovery (Berkeley, CA) and is the third most expensive element in the world. Like other rare elements, exact prices are hard to calculate. However, estimates say berkelium is worth a whopping $27 million per gram.

Berkelium isn’t super useful for practical projects. The only real use of the element has been in the creation of synthetic elements, such as tennessine. 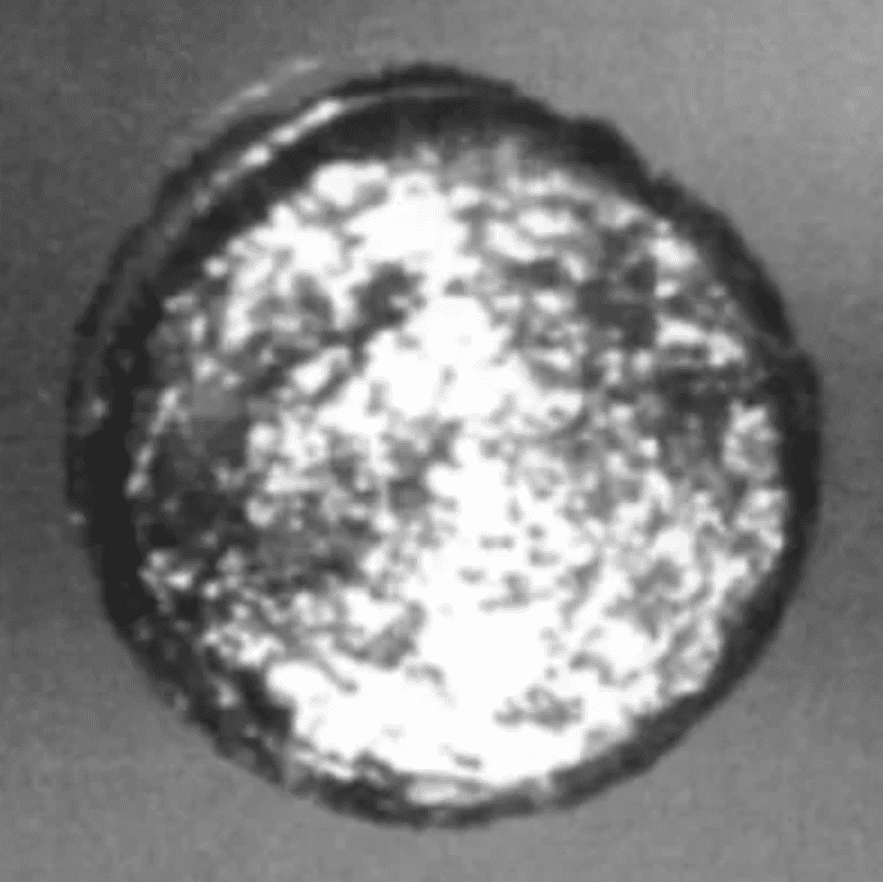 Unlike many elements on this list, californium is man-made. The material was discovered by Stanley G. Thompson, Albert Ghiorso, Glenn T. Seaborg (the same men who discovered berkelium), and Kenneth Street, Jr.

Just like berkelium, californium was named after its place of discovery: California.

As the second-most expensive element in the world, californium has an estimated price tag of $27 million per gram. The rare and expensive element is radioactive, so it’s dangerous and difficult to handle. As a result, the element is essentially impossible to find outside of a laboratory setting.

Scientists have a hard time getting their hands on this element. According to one report, a researcher named Thomas Albrecht-Schmitt only got five milligrams after years of trying. 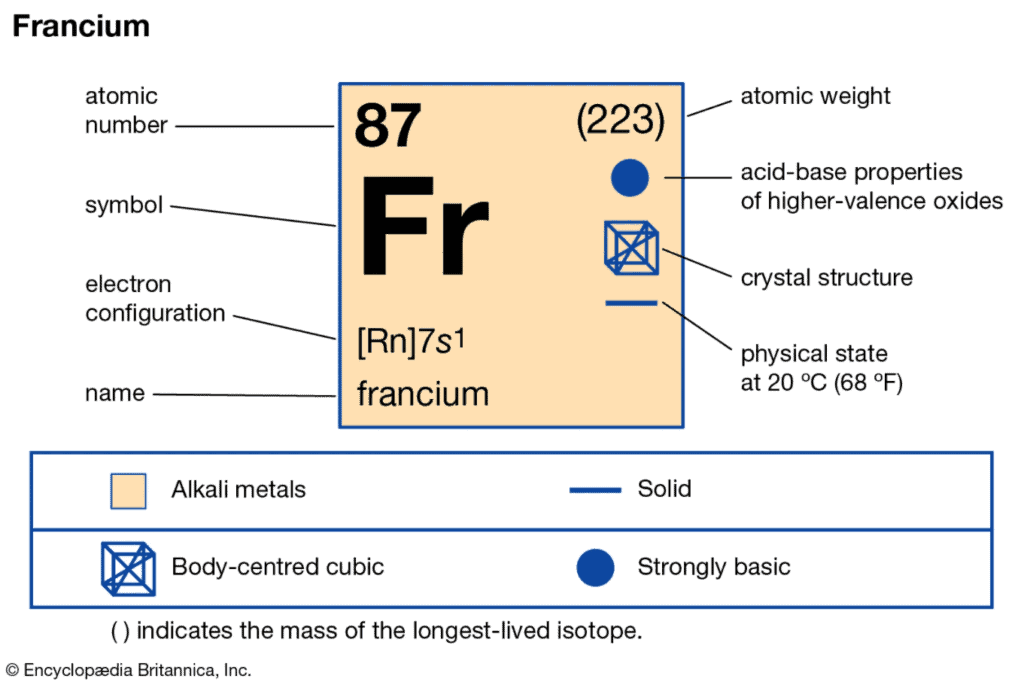 Francium is the most expensive element on Earth.

Before this insanely rare element was discovered in 1939, Russian scientist Dmitry I. Mendeleyev (the man who developed the periodic classifications of the elements) predicted that such an element might exist. However, it was French chemist Marguerite Perey who actually discovered francium while studying actinium-227 in the late ‘30s.

Amazingly, this rare discovery can only exist in short-lived, radioactive forms — so it’s extremely hard to analyze. Making things harder, only 24.5 grams (less than one ounce) of natural francium occur at any time across the entire crust of Earth.

Put simply, this element is nearly impossible to track down and just as tricky to handle, making it incredibly expensive.

Although francium can’t actually be collected and sold, estimates say the element is worth $1 billion per gram.

Sadly, Marguerite Perey developed bone cancer after being exposed to the radiation present in francium. According to one report, Perey’s radiation exposure was so intense that radiation counters in labs would go off — alerting the scientists to Perey’s contamination.

8 of the Most Expensive NFL Stadiums Ever Built

8 of the Most Expensive Items in OSRS