Led Zeppelin planted the seeds of heavy metal in the 1970s, cementing English rock as one of the best-selling genres of all time. This has led to six number-one albums, five that are certified Diamond, and a well-earned place in the Rock and Roll Hall of Fame. They are sometimes called the Beatles of the 70s because of how much they have influenced the bands to come.

For every number one album, however, there’s a cover variant or label mistake that is now an incredibly rare collector’s item. These are the 8 rarest Led Zeppelin albums that have been sold at auctions and collected by the most avid Zeppelin fans. 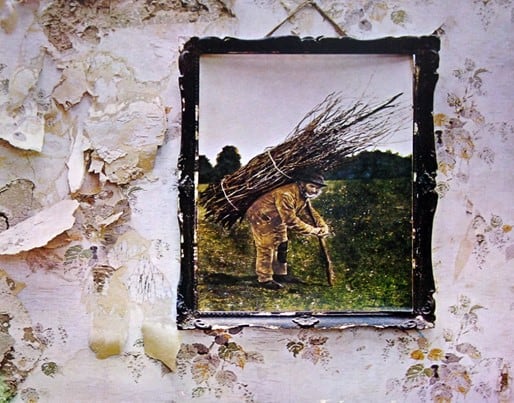 Led Zeppelin’s legendary untitled fourth album has a ton of issues and variances in terms of the labeling and pressing. Its mysterious marketing and guest musicians made this the highest-selling Zeppelin album of all time.

The first issue has an upside-down feather on the B side; the second issue doesn’t. The third issue has a “Misty Mountain Hop” mislabel and the 5th issue corrected it. The incorrect top labels and missing information make different issues of this album variable in price, but the rare 1st pressing with the upside-down feather can sell for $600.

Page was warned by the producers not to go with an untitled album. After Led Zeppelin III underperformed, Page wanted to add an abstract level of mystery to this one, labeling the album only with four symbols drawn by the band members. The strategy worked since this album sold more than any Zeppelin album had. Its alternate titles include Four Symbols, ZoSo, and Runes. 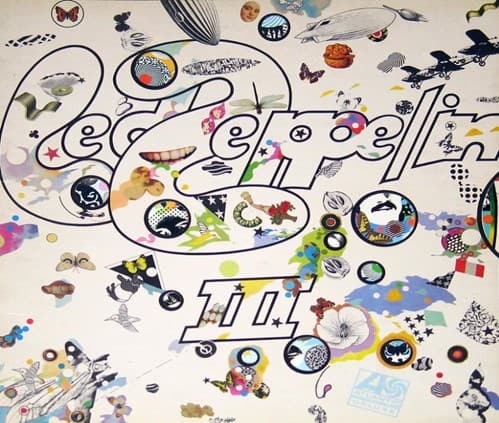 Led Zeppelin III is the album with the famous graffiti-like sticker-covered box featuring “Immigrant Song” and “Since I’ve Been Loving You.” Jimmy Page didn’t approve of the original pressing so as many as 5 were made with various changes. The rare 1st pressings include hand-etched matrices and a few label differences. Namely, the executive producer is listed as Peter Grant on the original, the publishing credit is “Warner Bros., Music Ltd.” and the catalog number (2401002) has no gap between the 1 and 0.

The 1st pressing of this album complete with the cover often sells for $800 or more to collectors.

The 1st print of Led Zeppelin III has one of the easiest-to-spot differences of any collector’s album in the form of a full quote from the British occultist Aleister Crowley on either side of the matrix. It says, “Do What Thou Wilt/So Mote It Be.” 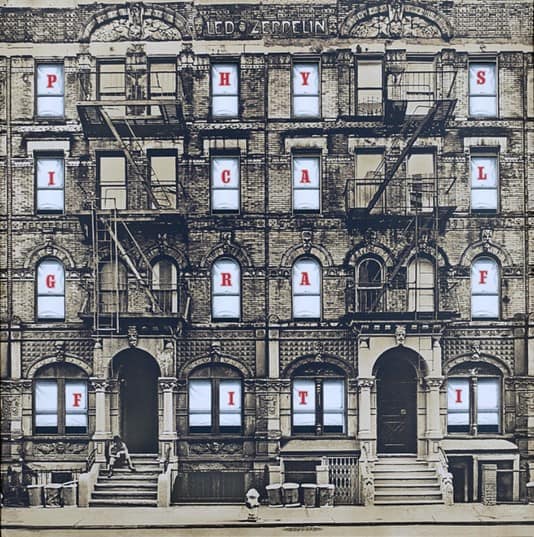 Physical Graffiti is a gorgeous album. It has the image of tenement buildings on the front with just the windows on the back between the song titles. This is actually the Swan Song office building in London. It marks the first time in a while that Page relented and allowed titles on the cover art.

The coveted first issue of this album, which can sell for upwards of $1,000, has red title text on the spine. The inside sleeves are also marked by catalog numbers. The printer (Gothic Print Finishers Ltd.) appears on the track listing insert.

The band composed and arranged the songs for Physical Graffiti at a country house in Hampshire, where they experimented and recorded enough new ideas to make the album a double. To fill the space, the rest of the songs are actually unreleased tracks from their previous albums, including Houses of the Holy, Led Zeppelin III, and Led Zeppelin IV. The album was ready by Winter of ’74 but the die-cut album cover designed by Peter Corriston was actually so complicated to make that the album’s release was delayed until February of ’75. 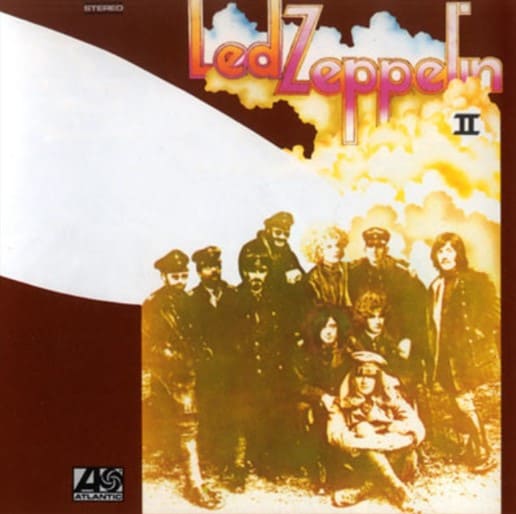 Led Zeppelin II was plagued with printing inconsistencies, which is what makes this such a coveted collector’s item. The first label listed “The Lemon Song,” which got Zeppelin in trouble for copyright infringement. In later editions, this song was renamed “Killing Floor” and credited to Howling Wolf. There’s also an error on the original label that incorrectly names song 2 as “Living Loving Wreck.”

The original label listed copyright credit on the pressing label as “Copyright control.” The reissued version listed Warner Bros/Jewel Music and also includes a production credit for Jimmy Page. In its original printing with the sleeve, Led Zeppelin II often sells for $1,500 or more at auctions.

This album, like many reissues, is a much darker color than the original printing. This is because the printers layer the new artwork and text credits over the old. For this album, the version with the altered distribution credits is much darker. If the back cover lists Polydor Records and has the brighter green cover, it’s the valuable version. 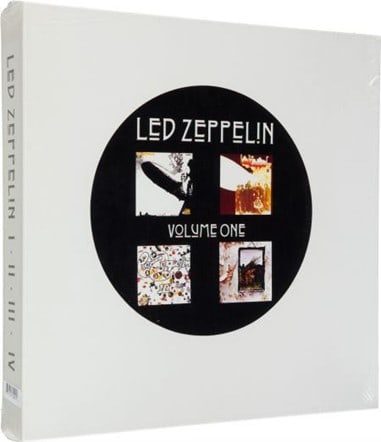 Volume One is a Led Zeppelin boxed set that is now out of print. It was printed in a limited edition in 2005 under the Classic Records label. It includes four single-sided LPs, 12”, 45 RPM, all test pressings. They are all QUIEX SV-P 200g vinyl pressings of the albums, Led Zeppelin, Led Zeppelin II, Led Zeppelin III, and Untitled (“Led Zeppelin IV”).

Only a limited number of these were produced, which is why they sell for $2,250 or more on eBay.

These LPs were pressed on the QUIEX SV-P series from the original masters. This allowed the new editions to use a tube-amplified, all-analog mastering process. This makes these new pressings as authentic as possible to the originals. Page himself oversaw the production of this boxed set. 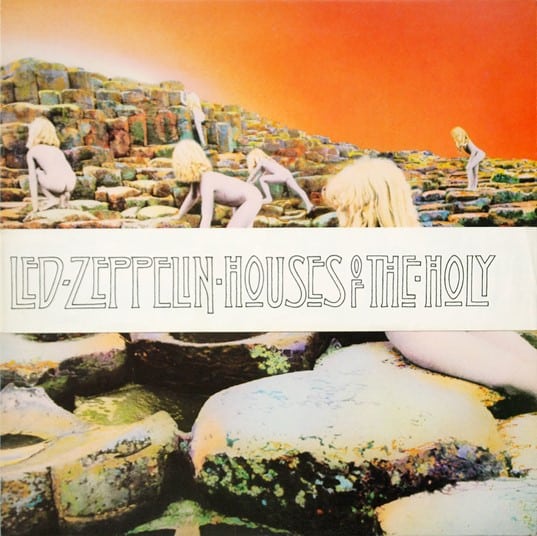 We know the Led Zeppelin are rock royalty. Here’s the album where they’re milking the image, restored to their earlier triumphs and ready to create new genres. Houses of the Holy opens with “The Song Remains the Same,” a fascinating suite of acoustic elements, chord suspension, and processional-inspired countermelodies.

The valuable original sleeve has no markings on the back, front, inside sleeve, or spine. The 1st pressing is missing a “W” after the copyright on the top label, which subsequent issues have.

Atlantic Records was concerned about Page’s abstract labeling style (which for him meant no labels) and put a strip on the record that said, “Led Zeppelin” and “Houses of the Holy.” This “obi” style of marking is more common with Japanese records. Page explicitly forbid this. They did it anyway. 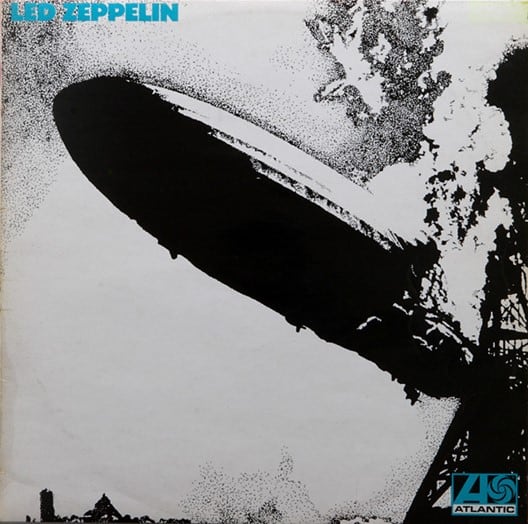 Most people know the Led Zeppelin debut album as the one with the orange color that featured the four band members looking at the camera. Before switching to this version, however, the very first cover released depicted the Hindenburg disaster with the band name in blue in the top left corner. This is why this version has been dubbed “the turquoise version” by collectors.

This coveted version of Led Zeppelin I often sells for $3,000+ on eBay.

You could find this rare album without the sleeve as well, which shows more subtle variations on the center label. The 1st pressing label was credited to Superhype Music whereas the reissue with the less valuable cover has had the text credit corrected to read “Warner Bros.” 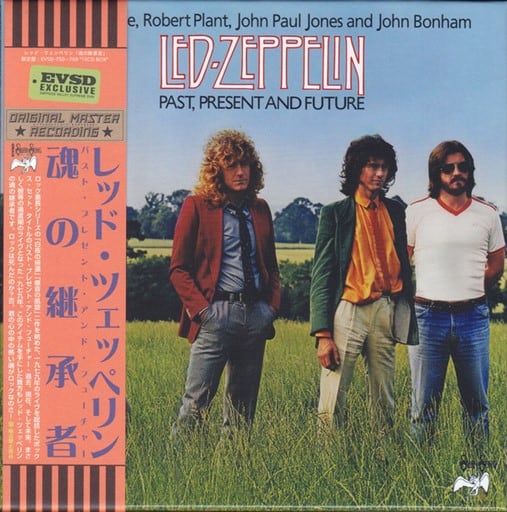 The rarest Led Zeppelin album is Led Zeppelin Past, Present and Future. This was an official promotional album. Unlike some of Zeppelin’s more abstract early albums, the cover of Past, Present and Future is a full-color photo by Michael Ochs showing the band standing in a brightly lit field. The back of the album and liner notes has a lot of interesting info for fans.

This album was never issued. Only three with this cover are known to exist, rescued from the Atlantic Production Department before being destroyed with the rest. In 2009, one of these albums was valued at $8,850 by the book, The Tight but Loose Files.

At one point, all three promotional albums were acquired by a single collector of Led Zeppelin items named Rick Barrett. The first two were sold to a buyer in Texas and Japan in 2000, each for $5,000. The last one, a numbered hardcover, was valued at an even higher price.

Led Zeppelin redefined the music scene in the 1970s. These records represent their early work. In their limited edition and original pressings, they often have mistyping, unique covers, and other aspects that make them extremely coveted collector’s items that can sell for thousands of dollars.