Vinyl records have a long history, but the medium for storing and sharing music really took off in the late 1940s when Columbia Records introduced the long-playing (LP) record.

Over the years, vinyl has been replaced by things like online music streaming and CDs, but recent trends show a resurgence in the popularity of vinyl records.

Although modern albums available on vinyl can demand high price tags, older projects make up the majority of the world’s most expensive vinyl records. These records are usually rare projects by iconic artists, but things like signed sleeves can really make the price skyrocket.

These are the top 10 most expensive vinyl records ever sold.

Price: $37,000
Artist: Tommy Johnson
Release Year: 1929
Unique Feature: This is vinyl thought to be one of two copies in existence 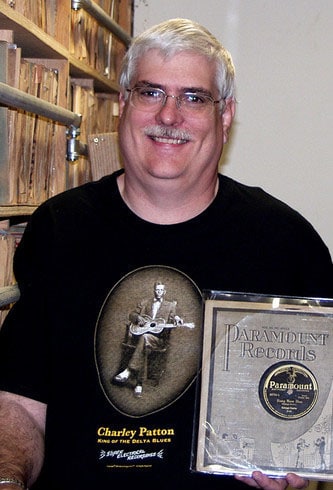 American record dealer and collector John Tefteller purchased an ultra-rare copy of Tommy Johnson’s 1929 78 rpm for $37,000. The vinyl featured Alcohol and Jake Blues on the A-side and Ridin’ Horse on the B-side.

The expensive vinyl is considered one of the priciest sales in the history of 78s and records as a whole.

According to Tefteller, the vinyl is in “beautiful condition.” Although it hasn’t been verified, some believe Tefteller is the owner of the two remaining copies of this vinyl. 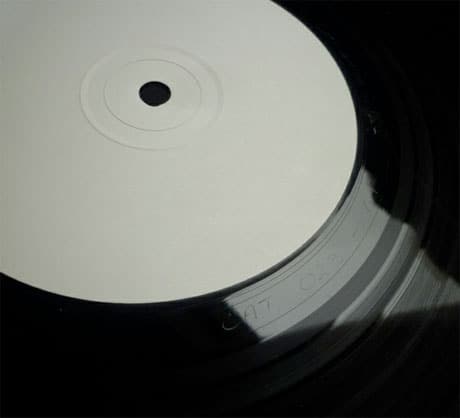 Caustic Window is the original alias of Richard D. James, an artist who would eventually go by Aphex Twin. James’ record under the Caustic Window name was planned for release in 1996, but the album never came out. As a result, only a few test pressings exist — and one copy sold for more than $45,000 in 2014.

After fans became aware of James’ unreleased album, the project finally got a broad digital release.

Caustic Window is considered one of the most desirable collector’s items from Richard D. James’ catalog.

Part of the proceeds from the sale of Caustic Window went to charity. 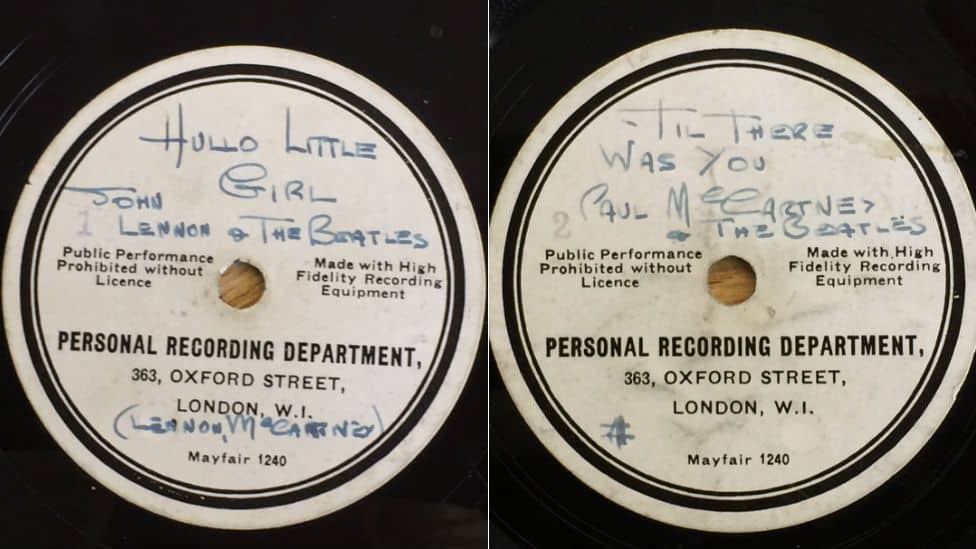 As the first 10-inch pressed before The Beatles broke into international fame, this copy of Till There Was You and Hello Little Girl was destined to sell for thousands.

After being discovered in a loft, the record sold for £77,500 (about $105,000 USD) in 2016. The rare pressing was mislabeled as a project by “Paul McCartney & The Beatles” rather than just “The Beatles.” The song Till There Was You was also mislabeled with just one L in “Till.”

Although the buyer remains anonymous, reports say he was a man from Manchester.

The auction house behind the 2016 sale said it was “nicely surprised” by the final price. 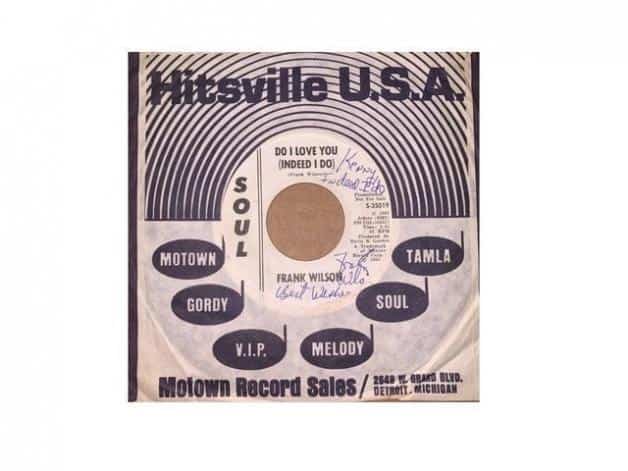 In 1965, Frank Wilson recorded Do I Love You (Indeed I Do) — but the record wasn’t officially released and most copies were destroyed or went missing. Although the true story hasn’t been verified, some music history fans believe Berry Gordy, who Frank Wilson produced for, wasn’t happy to see Frank stepping out into the limelight, so he shut down the project 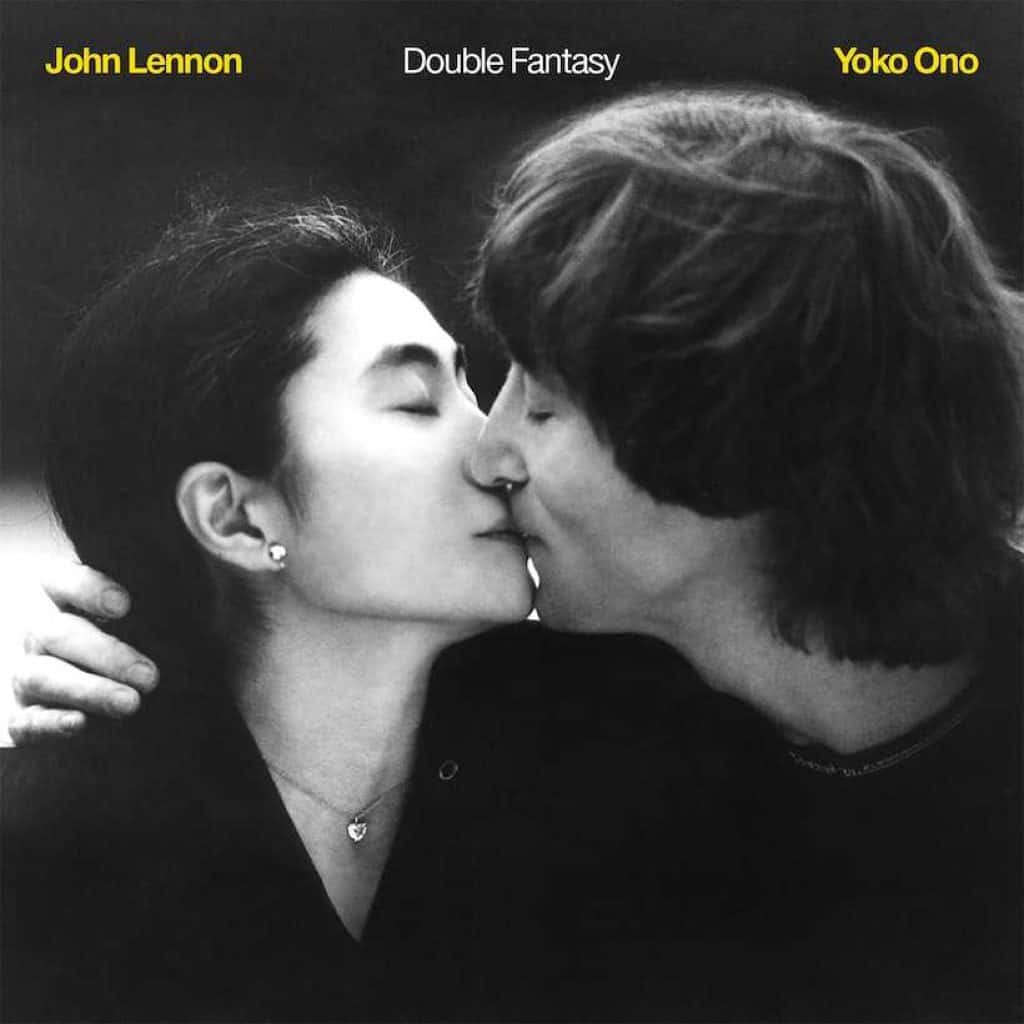 This copy of Double Fantasy by John Lenon and Yoko Ono has a very tragic backstory. The LP was reportedly signed by Lenon on December 8, 1980 for Mark David Chapman, the same man who shot Lenon just a few hours later as he and Yoko Ono returned home from a recording session.

Double Fantasy was released by John Lenon and Yoko Ono in 1980. As Lenon’s last album, the project holds an important position in music history — and some point to the record as an inspirational turning point in the new wave scene. 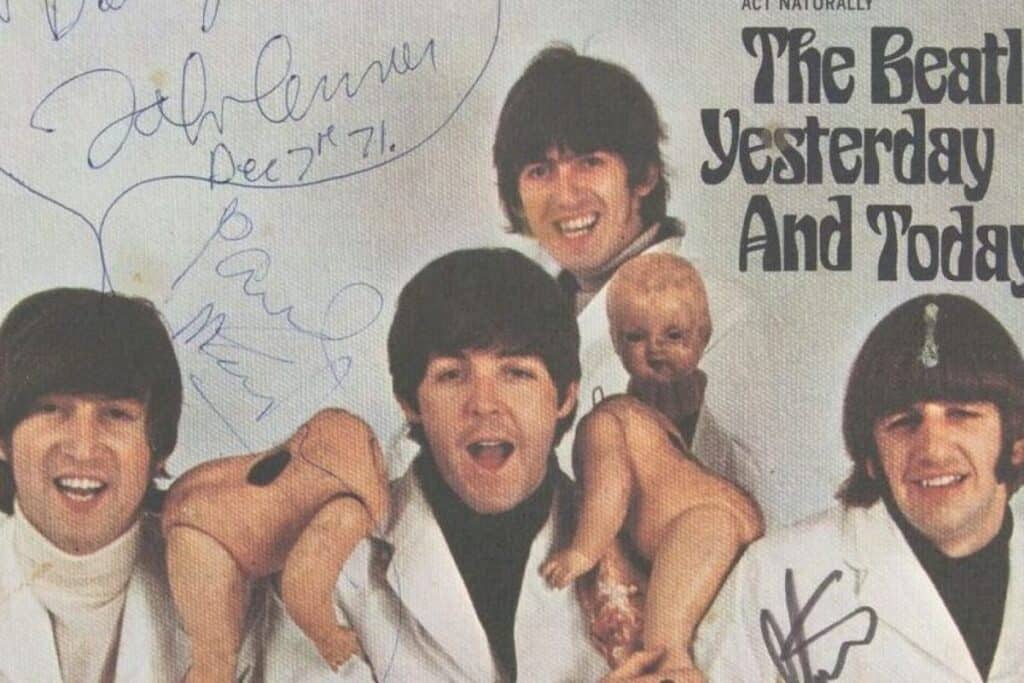 In 1966, The Beatles released Yesterday and Today, an infamous record with an infamous cover. According to Rolling Stone, the album’s original cover, now known as the “Butcher” cover, was created by photographer Robert Whitaker. Robert had a dark sense of humor and loved surrealism. After a photography session with the band, the album’s resulting cover featured The Beatles draped in slabs of raw meat and dismembered dolls.

The cover is still somewhat controversial today, but it was a scandal by 1960s’ standards. Eventually, the record label recalled copies of the project featuring the original cover and a new version was released. As a result, copies featuring the Butcher cover are rare and expensive. This particular copy was signed by three band members, leading to the sale price of $234,000.

Although interpretations vary, reports from Rolling Stone suggest the Butcher cover “conveyed the idea that the Beatles were in danger of being dismembered…by their celebrity.”

Price: $290,500
Artist: The Beatles
Release Year: 1967
Unique Feature: Signed by all four members of The Beatles 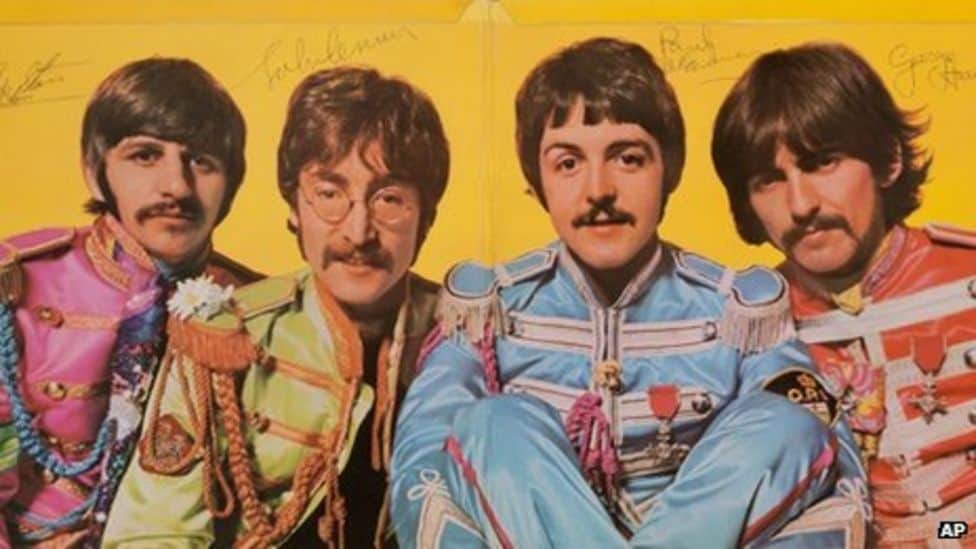 LPs signed by the artist usually demand a high price, but most don’t go for nearly $300,000.

But if we’re talking about The Beatles, it’s probably no surprise that signed merch can earn thousands. This copy of the band’s 1967 album features signatures from all four band members — and it sold for $290,500 at an auction in March 2013.

Interestingly, this record was signed by The Beatles in the same year that it was released, 1967. Just a year later, drummer Ringo Starr left the band, marking the beginning of the band’s breakup. That means this one-of-a-kind LP is one of the last albums signed by the band before they broke up entirely in 1969.

Early bidding for this vinyl record hit $110,000 a week before the official auction started. 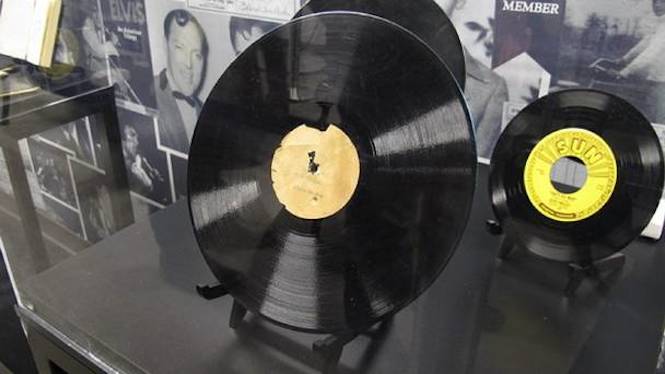 At the age of 18, Elvis Presley recorded his very first song — creating a 78 rpm record that would sell for $300,000 decades later. The record features Elvis singing My Happiness, a pop standard written by composer Borney Bergantine in the 1930s.

When the one-of-a-kind vinyl record sold in early 2015, initial reports said the record was purchased by an “undisclosed buyer.” However, it soon emerged that singer-songwriter Jack White purchased the pressing with plans to reissue the historic record.

Beyond recreating the original pressing, Jack White made plans to release an updated version of Elvis’s recording with newly restored sound. 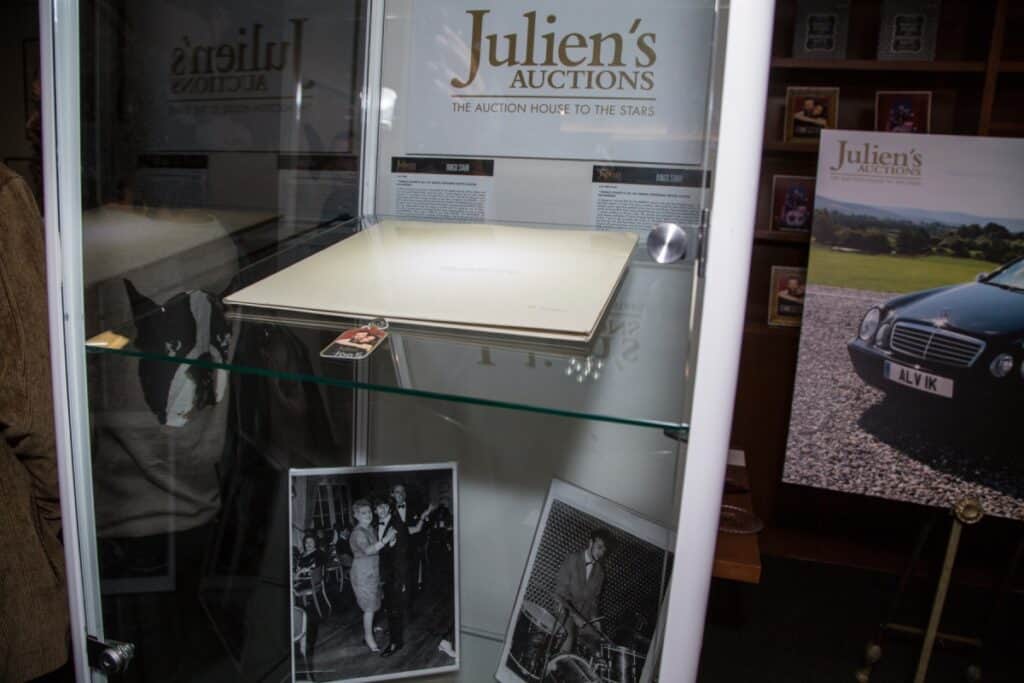 The Beatles arguably have one of the most iconic catalogs in music history, but one album in particular made a big splash when it sold for $790,000. The first-ever pressing of The Beatles’ self-titled 1968 release (known as the White Album) was auctioned by none other than Ringo Starr in 2015. According to reports, each band member received one of the first four pressings of their ninth studio album — and Ringo got the first of those four.

Incredibly, the one-of-a-kind vinyl record was expected to sell for several hundred thousand dollars less, around $50,000.

Ringo kept his copy of the White Album in a vault in London for 35 years before the sale. In an interview with Rolling Stone, Ringo said he’d actually played the vinyl at some point: “We didn’t think, ‘We’ll keep it for 50 years and it will be in pristine condition.’”

Price: $2 million
Artist: Wu-Tang Clan
Release Year: 2015
Unique Feature: This is the only copy of the album 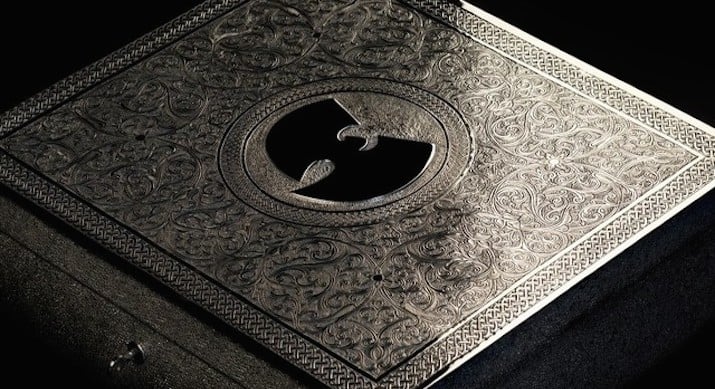 Once Upon a Time in Shaolin is the most expensive vinyl record ever sold.

Of all the records on this list, Once Upon a Time in Shaolin probably has the strangest backstory. The 2015 album was released by American hip hop group Wu-Tang Clan. Interestingly, the group decided not to release their project online. Instead, Wu-Tang Clan made a one double-LP set — that’s right, there’s only one copy of this album in existence.

In fact, the group destroyed all the masters and erased every digital trail after pressing the album. Plus, people interested in purchasing the sole copy were informed that reproducing the music is illegal. That means it’s very unlikely we’ll hear the album any time soon.

But wait, the story gets weirder. As it turns out, the only copy of Wu-Tang Clan’s album was purchased by Martin Shkreli — the same Martin Shkreli who was convicted of securities fraud and conspiracy. After his conviction, Martin forfeited the album and the U.S. government sold it to partially cover roughly $7.4 million in debt Martin owed as part of his criminal sentencing.

The legal stipulations behind this record say the album can’t be commercially released until 2103.

8 of the Most Expensive Audis Ever Made