While the richest Americans can find homes anywhere, certain zip codes in the country have attracted the country’s elite. These celebrities, tech moguls, actors, and musicians buy property in these zip codes and entice their friends and associates to follow suit. This drives up home prices and creates expensive bubbles in certain parts of the United States. Homes in the most expensive American zip codes range between $4 million to over $7 million in 2021. While the list changes every year, some of the zip codes on this list are perennial staples. 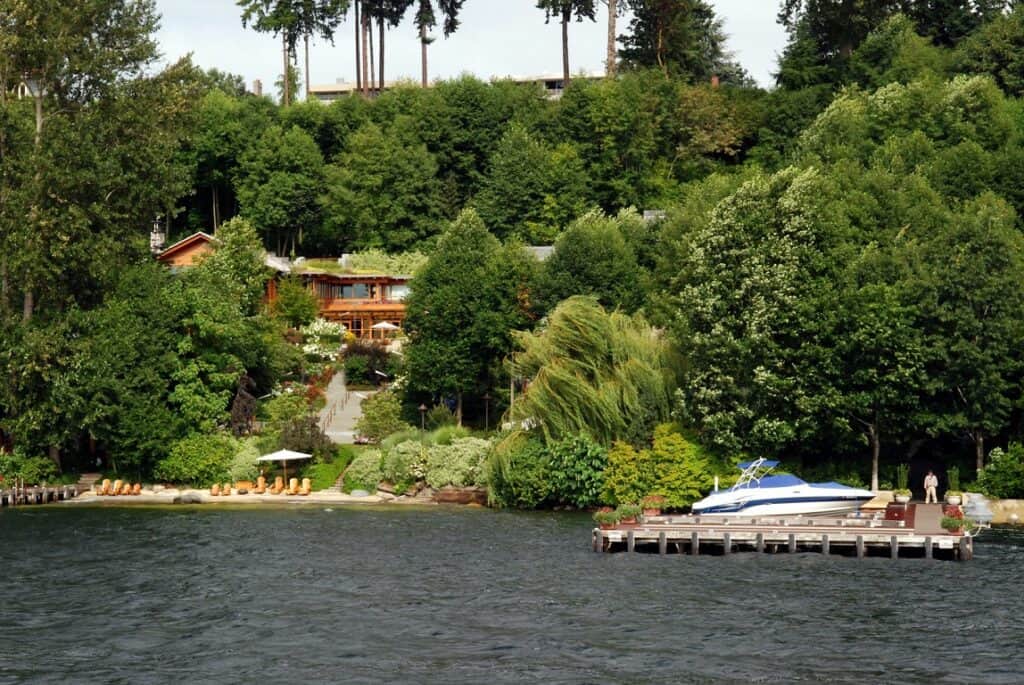 In addition to its high concentration of millionaires/billionaires, Medina is one of the most desirable places to live in the country. The city has high-rated school districts and is surrounded by protected natural ares. Medina is on a peninsula in Lake Washington and just across from Seattle, making it a great place to live and raise a family.

Billionaires aside, the average income in Medina is close to $190,000 dollars, which makes the city pretty inaccessible to most people. 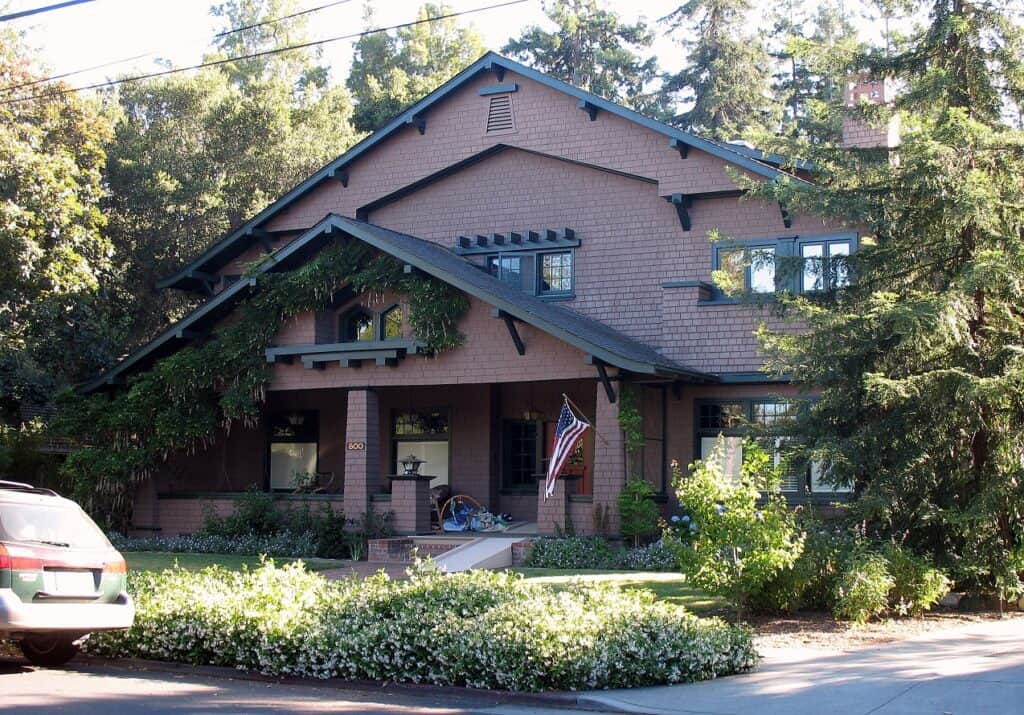 Around the 1960s, wealthy San Franciscans began building vacation homes in the Los Altos Hills. Many of these old homes, including Morgan Manor and Griffin House have become historical town landmarks.

To maintain its quiet appeal, Los Altos Hills has a ban on commercial zones. The town’s two retail commercial operations are the book store at Foothill College and the gift shop on the grounds of the Immaculate Heart Monastery of the Poor Clare Colettines. 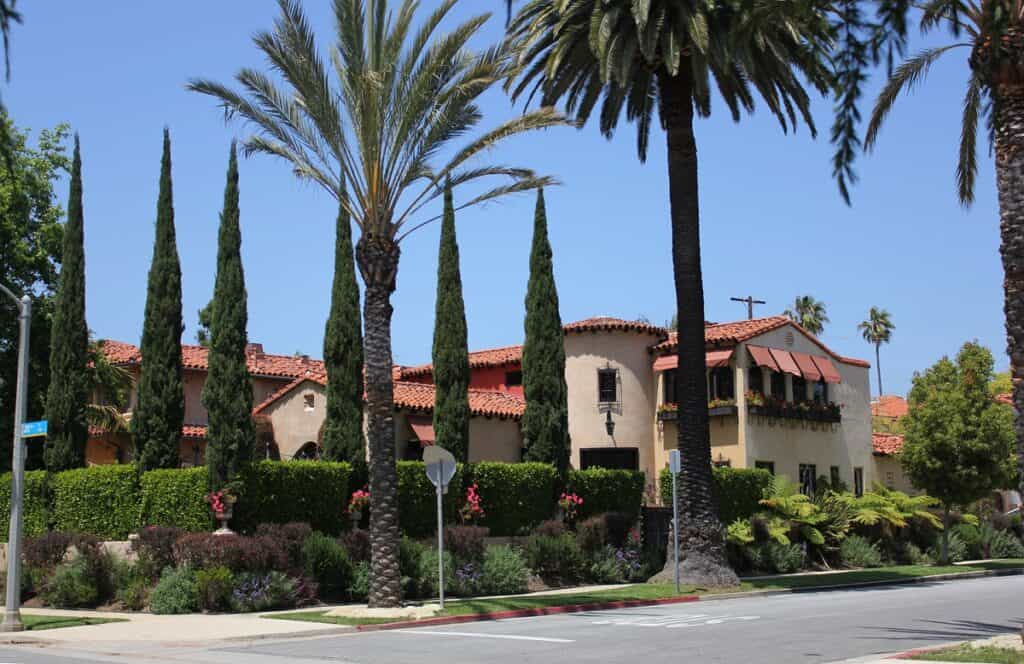 Santa Monica, is yet another area of California featured on this list. Overall, Santa Monica is a pricey city and its most expensive zip code is 90402. Homes in the area averaged just over $4 million in 2021.  Beginning in the early 20th century, Santa Monica became a popular resort town because of its proximity to Los Angeles and the beach.

Celebrities began building beach front properties on the Pacific Coast Highway, part of which passes through the 90402 zip code. Since the 1980s, Santa Monica has been a popular tourist attraction. Visitors come from all over the world to visit the beach, see celebrities, and hang out at the famed Santa Monica Pier.

Santa Monica was first developed in 1875 by John P. Jones, a U.S. Senator from Nevada. 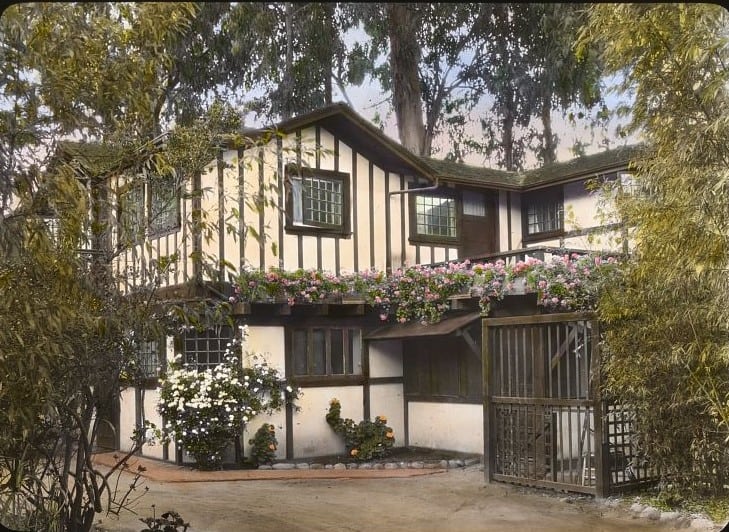 During the mid-19th century, Montecito was known as a haven for bandits and highway robbers. However, by the end of the 19th century, wealthy tourists from the eastern and midwestern United States began to buy land in the area. They built part-time homes in the area, but many eventually settled in Montecito permanently.

Some of the most famous Montecito homeowners are Prince Harry and Megan Markle.

90210, aka Beverly Hills, is probably one of the most recognized American zip codes because of the popular 90s TV show. However, in recent years, 90210 has ranked in the lower half of the Top 10 most expensive zip codes in America. Of course, this doesn’t mean that the zip code is cheap; the average home price in 2021 was still over $4 million.

As a well-known zip code, Beverly Hills is home to numerous celebrities, luxury hotels, and popular landmarks and tourist attractions. Beverly Hills’ population began to boom in the 1920s and it remains a popular place to live for the world’s wealthy.

The area that became Beverly Hills was originally a Mexican ranch where lima beans were grown. A group of investors began to look for oil in 1900, but decided to build a town when they found water instead of oil. 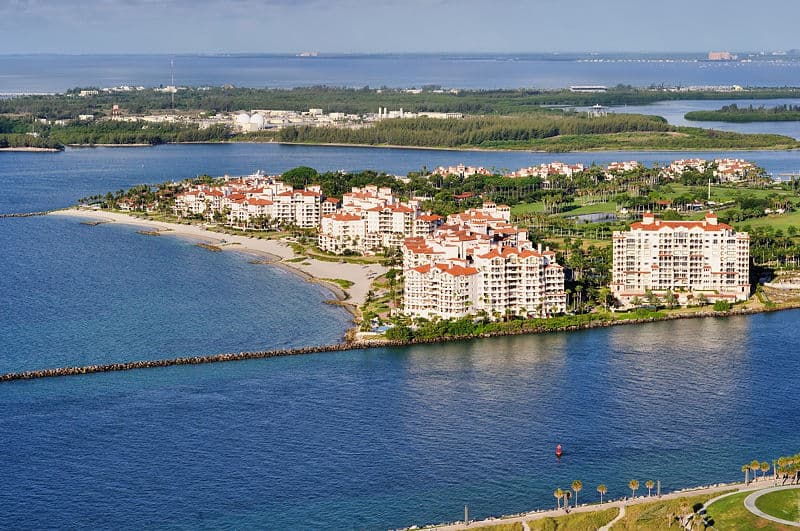 Fisher Island has always been an expensive place to live. The island started out as a home for the Vanderbilts. Eventually, more millionaires built homes on Fisher Island. In the 1960s, Fisher Island was sold for development. Since then, development has been very restricted and controlled, which adds to the high price tag for homes on the island.

In April 2018, Bloomberg reported that the average income for Fisher Island, was $2.5 million in 2015, which makes it one of the wealthiest zip codes in America. 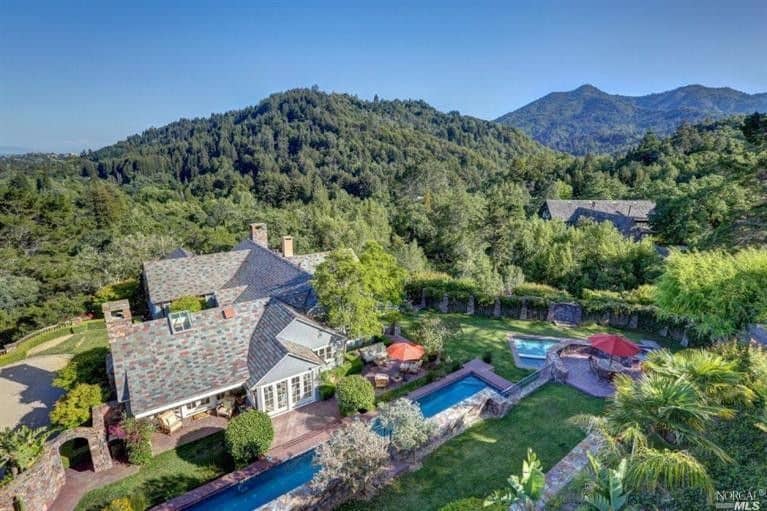 Ross is a small town just north of San Francisco, which explains its inclusion on this list. Overall, Marin County, where Ross is located, is often cited as one of the best areas to live in the United States. The area is quiet and surrounded by a natural beauty, which has made Ross an attractive place to buy a home for some of the wealthiest Californians.

According to several reports, the price of homes in Ross has skyrocketed since the start of the COVID-19 pandemic. Due to its rural nature, Ross has been a safe haven for those who can afford to buy a home there.

In 2019, a home in Ross (which was actually a sprawling estate) was put on the market for $85 million. The house garnered national attention for possibly being the most expensive house ever sold in Marin County. 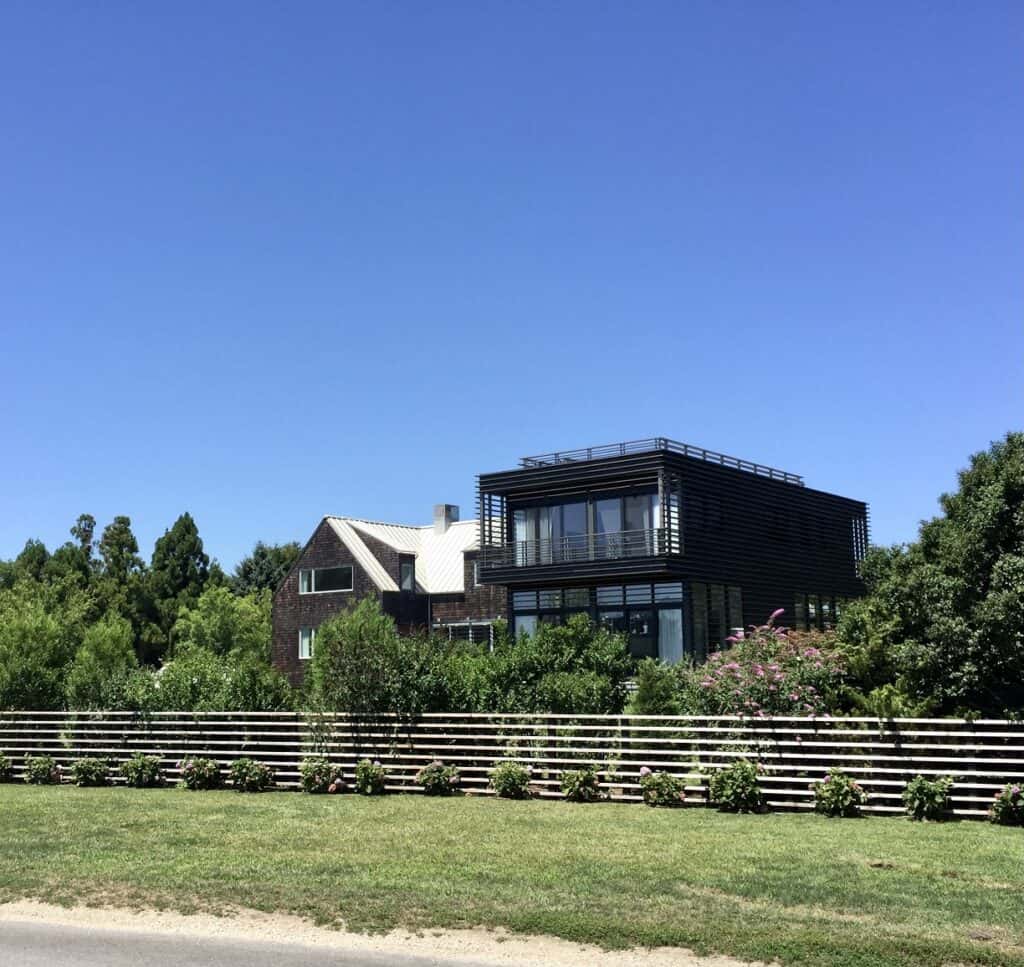 Sagaponack is an incredibly small village in on the East End of Long Island, in New York, The village is most expensive area of the Hamptons. It is the most expensive zip code in New York and is home to a number of CEOs, musicians, famous authors, and celebrities. In 2021, homes in Sagaponack cost about $5 million!

Writers and literary business people began moving to Sagaponack in the 1950s/60s because of its quiet and peaceful community. Eventually, Sagaponack became a hot spot for the wealthiest Americans. Some notable people who currently own homes in Sagaponack include Drew Barrymore, Billy Joel, Jimmy Fallon, and Caroline Kennedy.

Sagaponack is home to one of the last-active one-room school houses in New York State, the Sagaponack Common School, which educates children in grades Kindergarten through third grade. 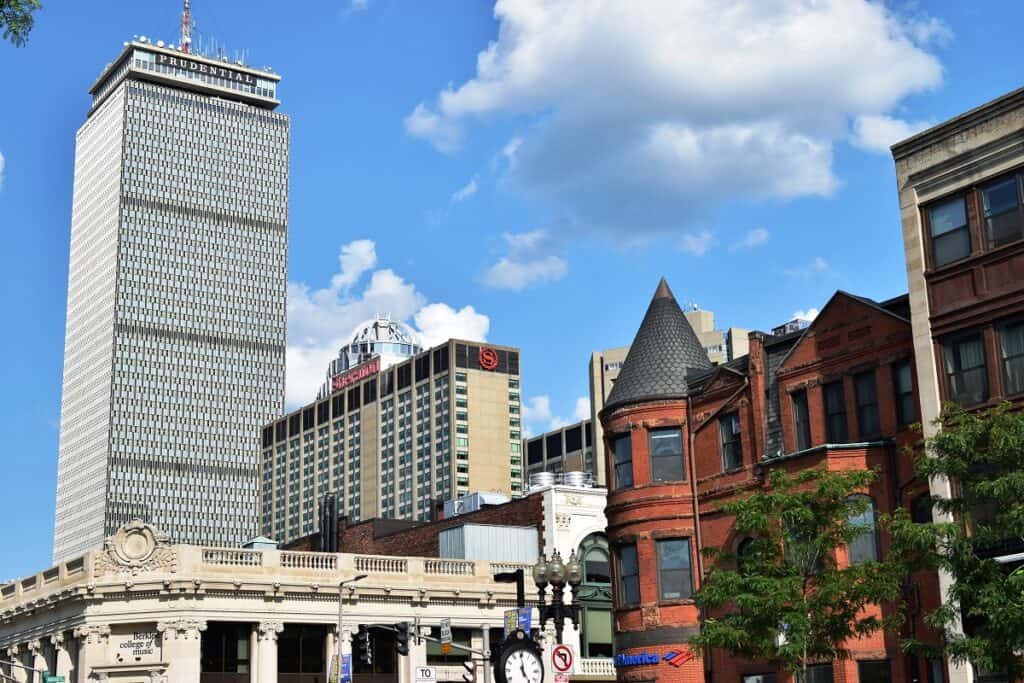 In general, Boston is quite an expensive place to live and as a densely populated city, it’s only natural that certain zip codes are pricey. In particular, zip code 02199, a small area of the city near the Prudential Center, is the second-most expensive zip code in the United States.

The Prudential Tower, which stands at 920 feet, is the second-tallest building in Boston, behind 200 Clarendon Street, formerly the John Hancock Tower. 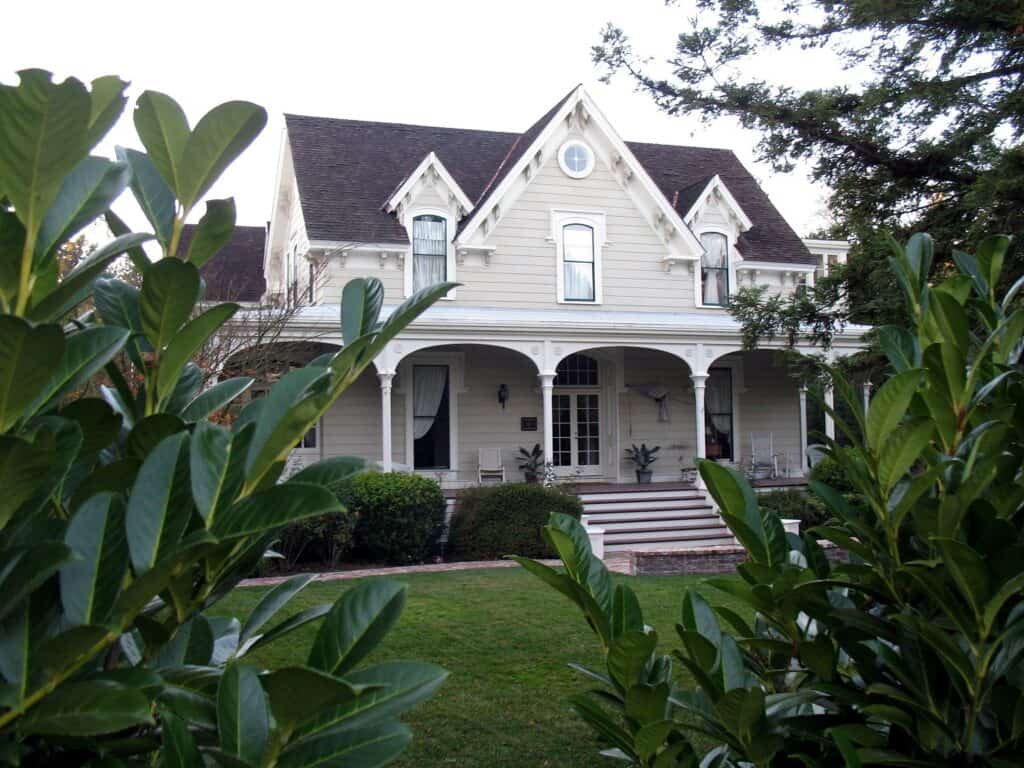 With an average home price in 2021 of $7.475 million, Atherton, California 94027, is currently the most expensive zip code in America. The small town, which only has a population of 7,188, is primarily known wealthy population. In fact, this is the fifth consecutive year that Atherton has been named the most expensive zip code in the country. Additionally, Atherton is often ranked as having one of the highest per capita income among U.S. towns with a population between 2,500 and 9,999.

Originally, Atherton was part of the Rancho de las Pulgas, a 1795 Spanish land grant in present-day San Mateo County, California. In the 1860s, Atherton was known as Fair Oaks, and was a flag stop on the California Coast for the Southern Pacific Railroad between San Francisco and San Jose.

In 1923, Atherton received its current name in honor of Faxon D. Atherton, who purchased over 600 acres in the area and made his home in what is now Atherton.

8 of the Most Expensive Hennessy Cognacs For Sale