Archeological records indicate that horse domestication started about 6,000 years ago near Ukraine. According to experts, domesticated horses have been a really important part of the development of civilization. These animals helped people travel greater distances and supported farming, so it’s safe to say society wouldn’t be where it is today if it weren’t for horses.

Although horses have a long history of farming and traveling, they also have roots in sport and show events. In many cases, sport and show horses are among the most expensive. While many sell for several hundred thousand dollars, others go for millions.

These are the top nine most expensive horses ever sold. 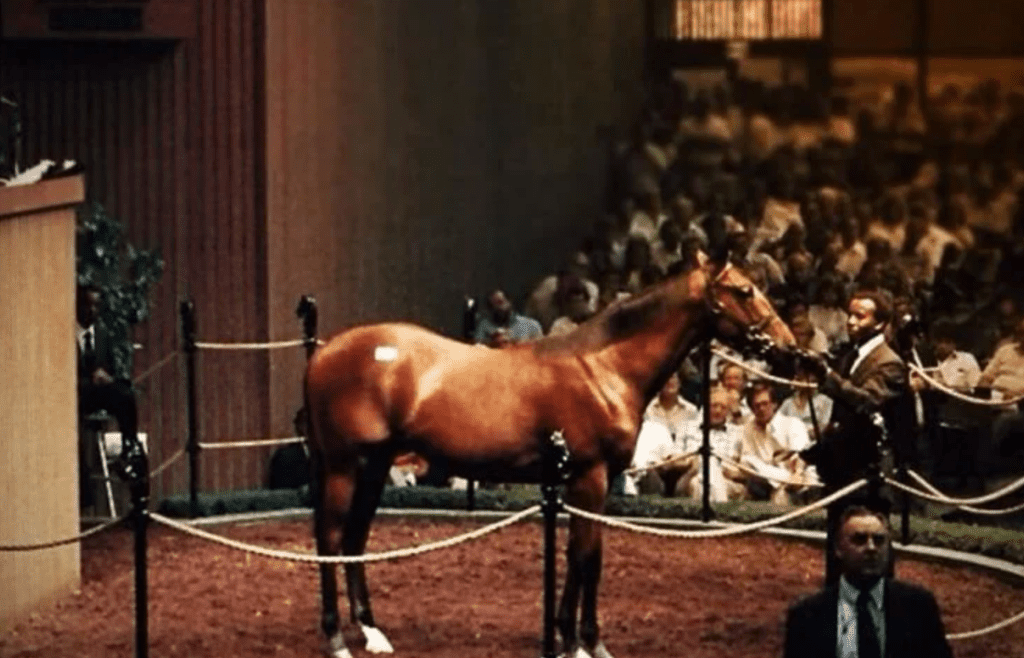 In 1983, a colt named Snaafi Dancer sold for a staggering $10.2 million. The horse was purchased by Sheikh Mohammed, a wealthy buyer from the United Arab Emirates.

Snaafi Dancer was a thoroughbred racehorse, so he was destined to be expensive, but that $10 million price tag was still somewhat surprising. Bidding started at $1 million before quickly reaching $3 million just 10 seconds after the auction started. According to someone familiar with the auction, Sheikh Mohammed bid on Snaafi Dancer because he was the “best-looking horse” for sale.

Incredibly, Snaafi Dancer never actually raced. That’s a big deal when it comes to ultra-expensive racehorses. As it turned out, Snaafi Dancer just wasn’t great at racing, so the owners decided not to enter him in any competitions.

About 22 years after he purchased Snaafi Dancer, Sheikh Mohammed paid $9.7 million for a horse coming from the Storm Cat bloodline (Storm Cat was an iconic thoroughbred). 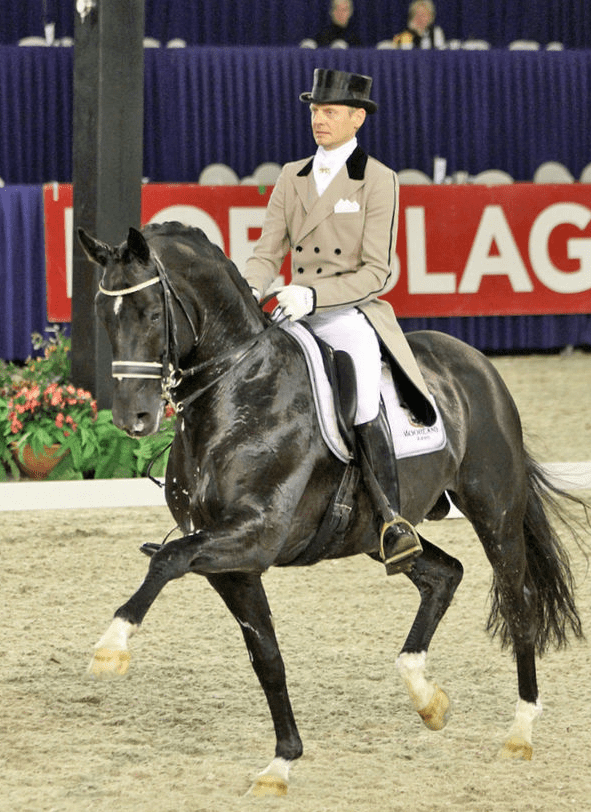 Totilas was a dressage horse on the Dutch national team (dressage is a form of competitive horse riding involving specific riding styles). During his lifetime, Totilas won a variety of highly competitive events, including the FEI Dressage World Cup Final.

With such an impressive competitive record, Totilas and Edward Gal (his rider) were believed to be headed for the 2012 Olympic games. However, in a surprising twist, Totilas was purchased by a German breeder. As a result, Totilas could no longer compete on the Dutch dressage Olympic team.

Totilas was retired in 2015 due to bone inflammation in his back left hoof.

Price: $11.7 million
Breed: Thoroughbred
Year Sold: 2006
Interesting Fact: At the time of its sale, this was the second-most expensive yearling sold at a public auction 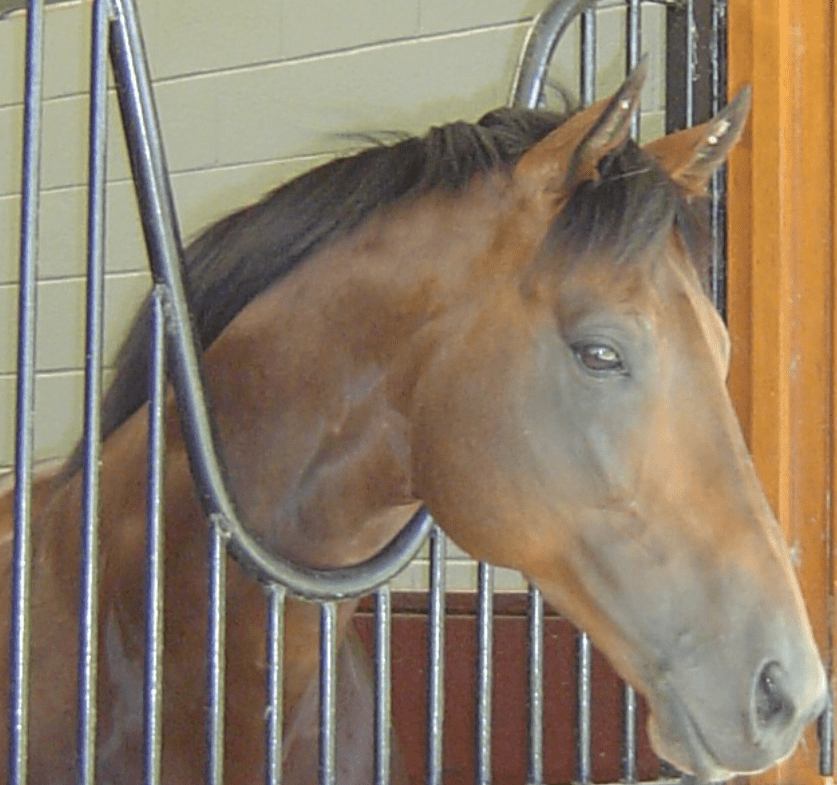 Although information on Meydan City is limited, reports say the horse is a thoroughbred that sold for more than $11 million in 2006. Thoroughbred horses are known for their athletic abilities and refined appearance. Incredibly, this breed can reach top running speeds of 40 mph.

Meydan City was purchased by John Ferguson. John is the bloodstock manager for Sheikh Mohammed, which means he buys horses for breeding and racing on Sheikh Mohammed’s behalf.

Price: $13.1 million
Breed: Thoroughbred
Year Sold: 1985
Interesting Fact: At the time of its sale, this horse broke the record for the most expensive thoroughbred sold at auction 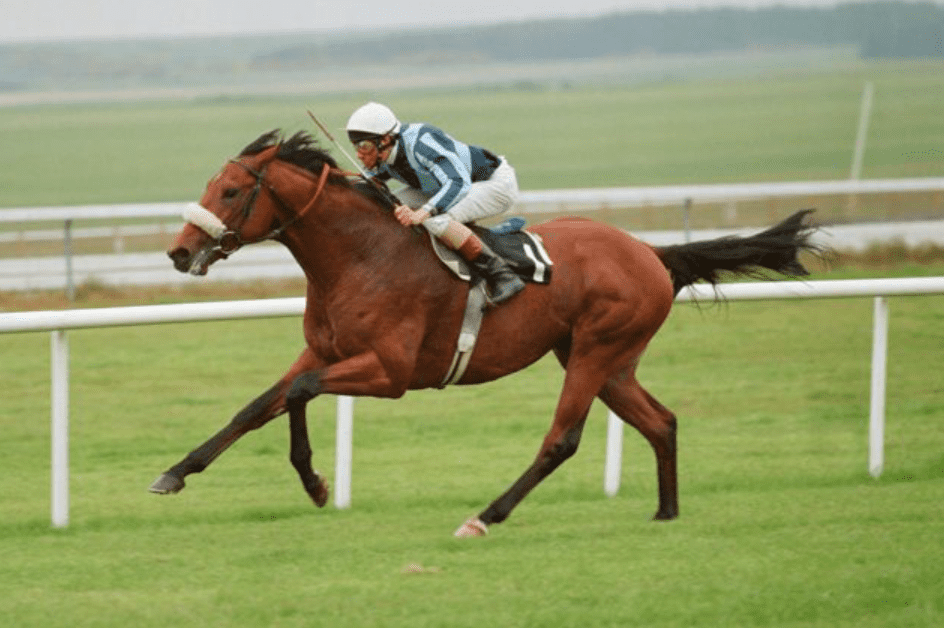 In 1985, a man named Warner Jones Jr. sold Seattle Dancer to a bloodstock agency in the U.K. Seattle Dancer was the son of Nijinsky II, an iconic, award-winning racehorse. With his desirable bloodline in mind, bidding for Seattle Dancer quickly reached $9 million before closing at just over $13 million.

Sadly, Seattle Dancer died in June 2007 at the age of 23. Over the course of his career, Seattle Dancer competed in several races, including the Grand Prix de Paris where he won second place.

Although Seattle Dancer sold for a record-breaking $13.1 million in 1985, the horse was sold again in 2003 to a German syndicate. In the world of expensive horses, syndicates are groups of buyers or organizations that collectively purchase a horse. 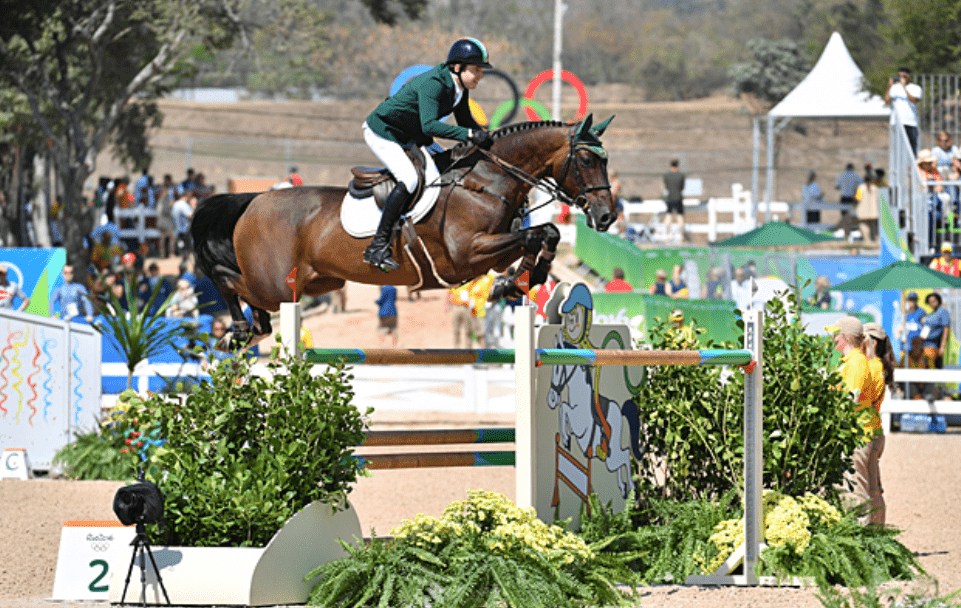 An Irish showjumper named Greg Broderick rode Going Global at the 2016 Rio Olympics. Showjumping is a horseback riding competition where riders and horses navigate a jumping course, attempting to clear the hurdles as quickly as possible.

Going Global sold for about $13.4 million shortly after competing at the 2016 Olympics. When the sale was announced, Greg Broderick said the two had shared an “unbelievable journey, from novice classes in Ireland to making dreams come…[true]…with [the] Olympic Games.”

Going Global and his rider dropped out of the Olympic games’ second qualifier after finishing equal 50th. 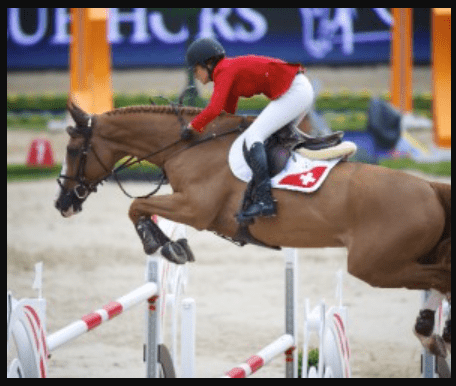 Palloubet d’Halong is another expensive showjumper that sold for millions. The Selle Francis was purchased in 2013 as a gift for an Australian rider named Edwina Tops-Alexander. At the time of the sale, Edwina impressively ranked at #14 on Longines World Rankings of competitive riders.

Palloubet d’Halong was developed by Janika Sprunger, a showjumping rider from Switzerland who competed at the 2016 Olympic games in Rio.

With a sale price of about $15 million, Palloubet d’Halong is easily one of the most expensive horses ever sold.

Palloubet d’Halong has given some impressive performances over the years. When she was still owned by Janika Sprunger, the horse came in second at the Rolex Grand Prix of Aachen. 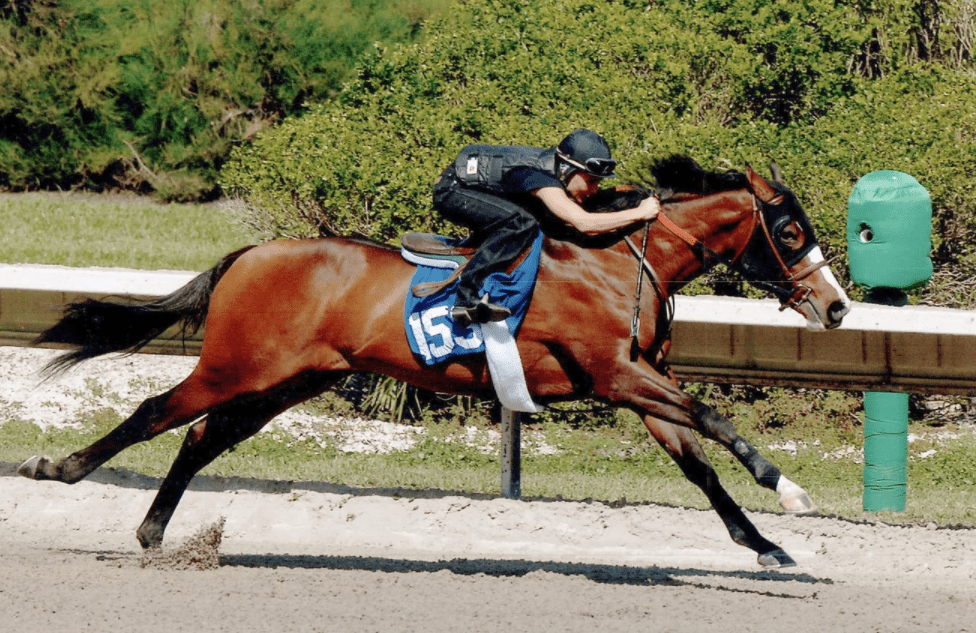 The Green Monkey was originally purchased for just $425,000 by Randy Hartley and Dean De Renzo. Incredibly, the duo sold him just seven months later for a whopping $16 million. Although he came with a steep price tag, The Green Monkey was retired just two years after his record-breaking sale.

Sadly, The Green Monkey died at the age of 14 in 2018. The horse had laminitis, a painful disease affecting the animal’s hooves. When his death was announced, The Green Monkey’s former owner said, “He was a once-in-a-lifetime horse.”

Although that $16 million price tag might have suggested a future full of awards and first-place races, The Green Monkey never actually won a race during his short career. 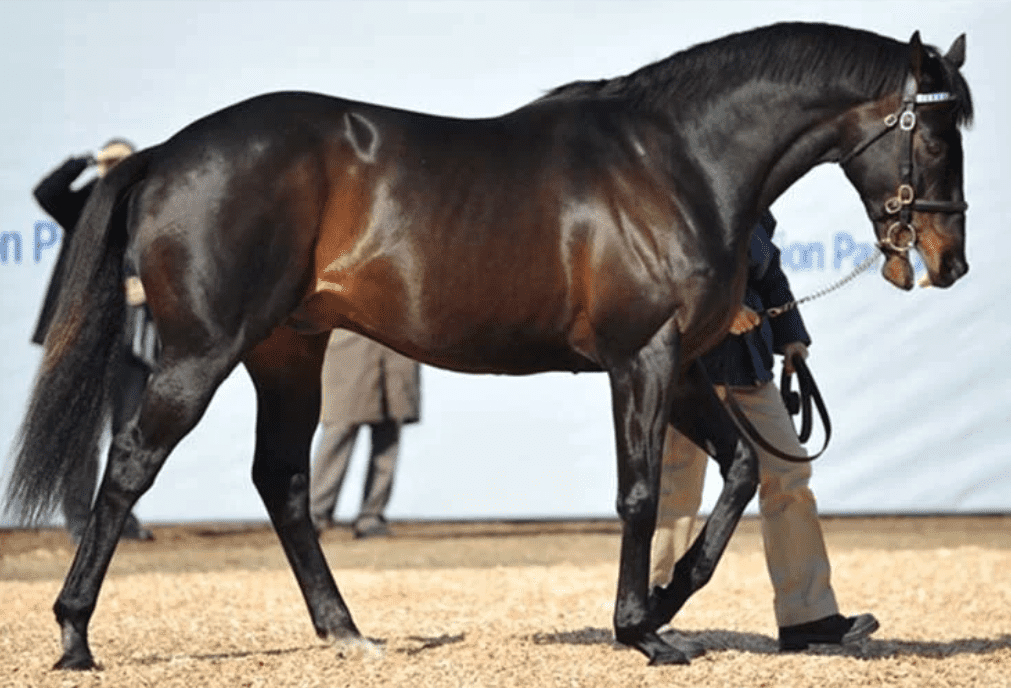 Shareef Dancer was a thoroughbred racehorse that sold for an astounding $40 million in 1983. Incredibly, the horse sold for just $3.3 million three years before that record-shattering sale.

Although it’s hard to find details about this ultra-expensive horse, reports say Shareef Dancer’s sire was Northern Dancer. A horse’s “sire” is its male parent. Interestingly, Northern Dancer was the first Canadian-born horse to win the iconic Kentucky Derby.

Shareef Dancer only raced five times, but he won three of those competitions.

Shareef Dancer was once owned by the same man who owned Snaafi Dancer. Both horses were sons of Northern Dancer. 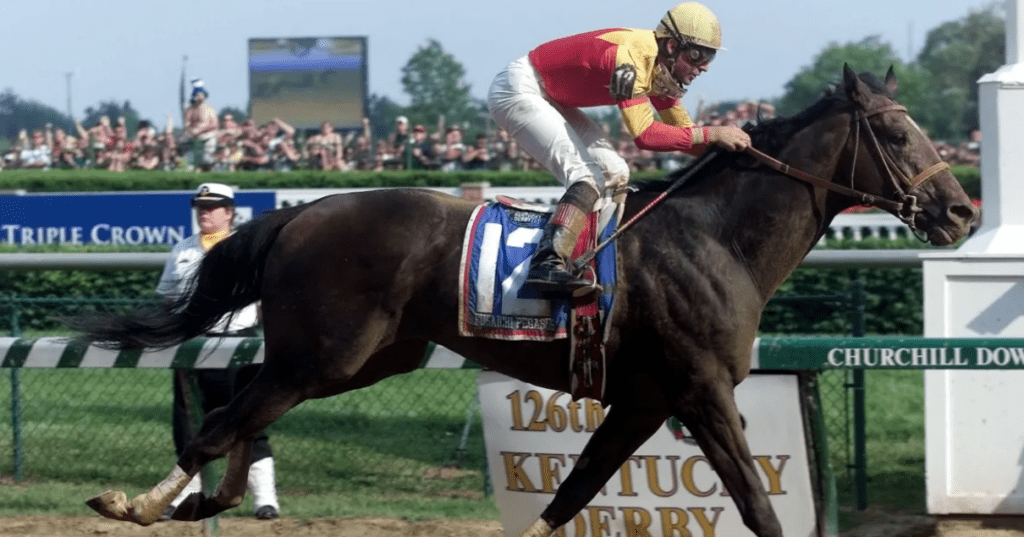 Fusaichi Pegasus is the most expensive horse ever sold.

Fusaichi Pegasus was a Kentucky Derby winner and ran just one more race after he was purchased by Ashford Stud.

Beyond the Kentucky Derby, this horse won three races in a row at Santa Anita, a thoroughbred race track. Later, Fusaichi Pegasus pulled ahead during the final stretch of the Wood Memorial thoroughbred race, securing yet another win.

With such an impressive career, breeders were excited by the possibilities in this horse. Initial bids came in at $30-50 million, but the final sale totaled more than $70 million.

Amazingly, Fusaichi Pegasus was sold for just $4 million as a yearling.