9 Most Expensive Neighborhoods in the World

The world’s most expensive neighborhoods have extremely high income per capita as well as a high median house price. The high cost of living in these neighborhoods also includes luxury restaurant prices, high-end shopping, and above-average living expenses owing to the high local income level.

Continue reading to learn about the housing, the history, and the prices of the 9 most expensive neighborhoods in the world. 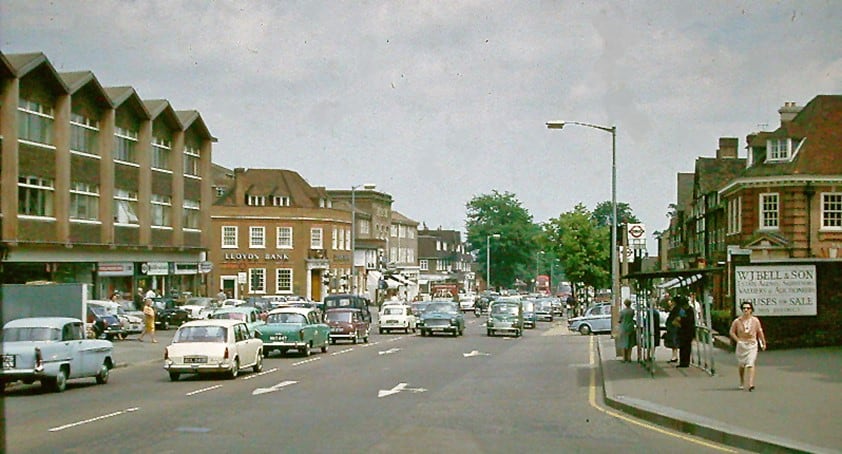 The London suburb known as Esher is famous for its high housing costs and incredible landscapes. The National Trust of England runs the Claremont Landscape Garden not far from there, home not only to some of Britain’s wealthiest citizens but even Leopold I and Princess Charlotte.

The average home price in Esher is around $2.4 million (or 1.5 million pounds). The most expensive properties sell for much more, however, with some like 21 Clare Hill selling for 8.25 million pounds, or the equivalent of $10.3 million.

Like so much of London, Esher has a history dating back centuries. It appears in history as early as 1086, called “Aissela,” where it was overseen by Normandy’s Abbey of the Cross. Manors were indexed starting in the 1700s during the reign of King Henry VIII.

These manors, connected by the Hampton Court and royal hunting grounds, spread into new residences for the wealthiest courtesans of the area, resulting in the high-value neighborhood that Esher remains today. 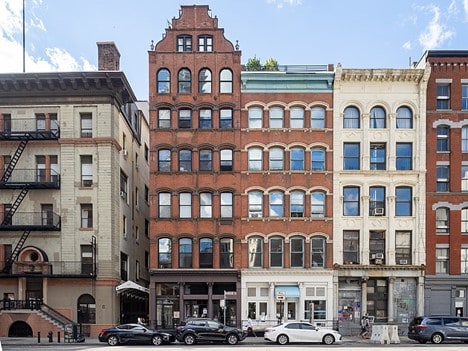 Tribeca is in Lower Manhattan in New York City. This neighborhood is known as the most expensive in the city despite beginning as farmland and then transforming into a textile manufacturing hub. It is famous for the Tribeca Film Festival, which started as a way to get the neighborhood back on its feet after 9/11.

The average home price in Tribeca is $3.7 million, with an average per capita income of $107,794, more than three times the national average.

Like many neighborhoods in New York City, Tribeca is really an acronym. In this case, it’s TriBeCa, which stands for “Triangle Below Canal Street.” 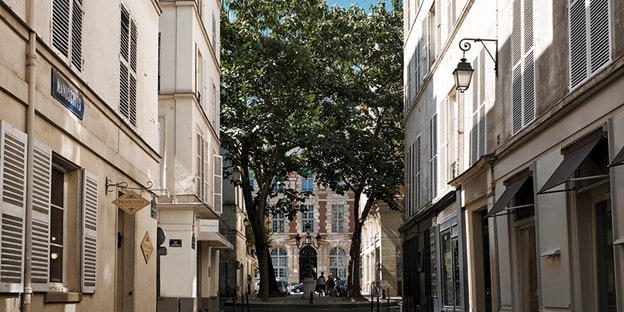 It borders the River Seine, giving its 1,904 residents or “Germanopratins” a beautiful view of the water. The average home in Saint-Germain-des-Prés sells for 3.98 million euros or the equivalent of $4.2 million.

Saint-Germain-des-Prés is incredibly famous for its cafes. Among them, the Café de Flore, Les Deux Magots, and Brasserie Lipp have achieved global acclaim. Some like Café Procope are incredibly old, with this one dating back to 1686. 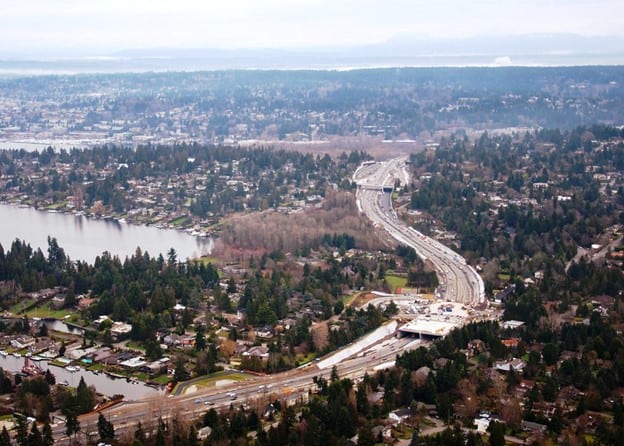 Medina, Washington is a suburb in Washington state, right on the coast of Lake Washington. It’s famous for not only being one of the world’s priciest neighborhoods but housing some of the wealthiest people. Both Jeff Bezos, the founder of Amazon, and Bill Gates, the founder of Microsoft, have homes in Medina.

Though the Medina suburb is well-known for its billionaires, the average household income is closer to $200,000, which is still high. To satisfy the needs of its wealthy citizens, Medina has some of the highest-rated and most expensive schools in the country.

It’s not only the citizens, many of whom are former employees of Microsoft, that are high-tech in Medina. The city is known for having some of the tightest surveillance anywhere to protect its wealthy inhabitants.

Cameras at every interception in the area capture and record every license plate, automatically notifying local authorities if the number pops up in the police database. Signs in Medina state that “You Are Entering a 24-Hour Video Surveillance Area.” 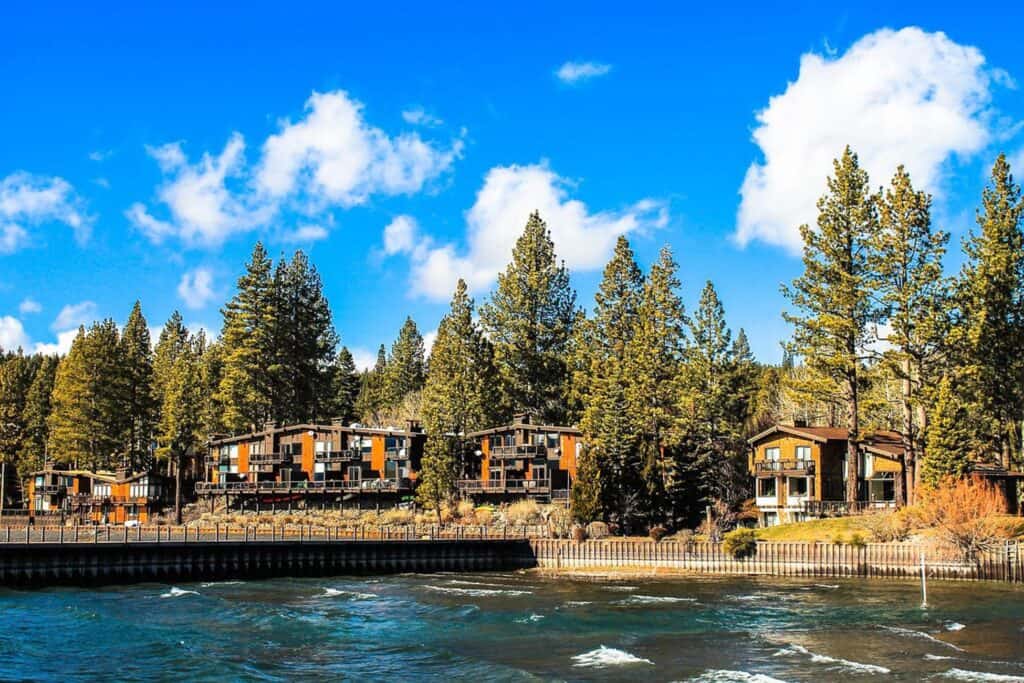 The average home in Glenbrook, Nevada sells for $7.2 to $7.5 million. One of the ways it gets away with these exorbitant prices is its size, which leads to selectivity. As of 2020, the population of the neighborhood was only 287, meaning the few houses that sell there are all in the same high budget bracket.

The area is named after the famous Glenbrook House Hotel, which is almost as old as the neighborhood. Glenbrook is the oldest colonized area in Lake Tahoe, with settlers going back to 1860.

Glenbrook is a restrictive community, which it can get away with at its size. The beach and bay are reserved for residents of its gated community (including renters), with no public access at all.

Even the hotel prices are high in Glenbrook, with the average night costing $131 and some of the more expensive hotels charging $880 or more. 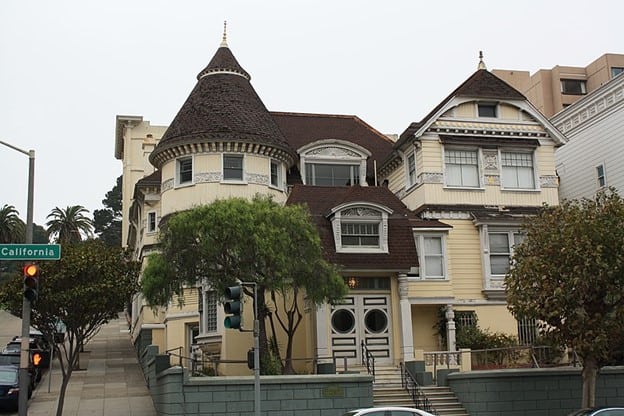 Atherton, California is the most expensive neighborhood in the state. It’s in San Mateo County and has a population of 7,188 people. Those people are known as some of the wealthiest in the United States, with the population of Atherton being ranked multiple times (the last was 2019) as having the single highest income per person in the country for neighborhoods in its population bracket.

Atherton was named in 1923, though the neighborhood existed as far back as the 1860s when it was called Fair Oaks. A south Californian landowner named Faxon Dean Atherton became the area’s eventual namesake. 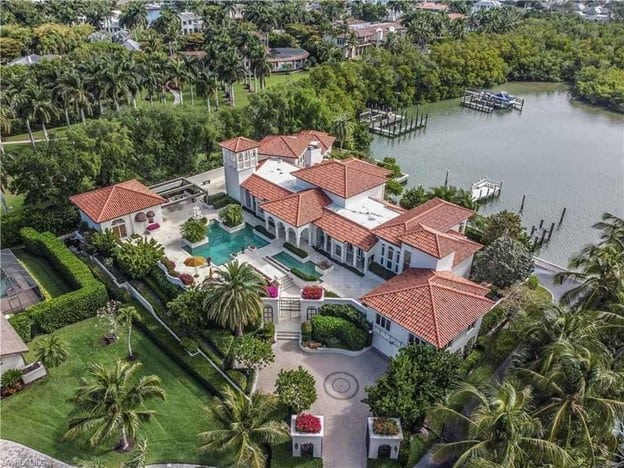 Port Royal in Naples, Florida is one of the most expensive neighborhoods in the world owing to its location, right on the beaches of the Gulf of Mexico. This means that the space to build housing is limited and the houses that are there have immediate beach access.

Most of the homes for sale in Port Royal are large ranch-style estates, with at least 5,000 sq. ft in single-story formats. The average home sale in this glittering neighborhood by the coast is worth $17.9 million.

Port Royal’s history goes back to the late 40s when it was named after an antique Jamaican port city. Not long after, the Port Royal Club was founded in 1959, becoming a hub of luxury entertainment, dining, and other amenities.

This only adds to the value of the neighborhood by drawing in such luxury names as Gucci and Swarovski to Port Royal’s busy shopping district (called Tamiami Trail) and luxury restaurants like Ocean Prime and the M Waterfront Grille. 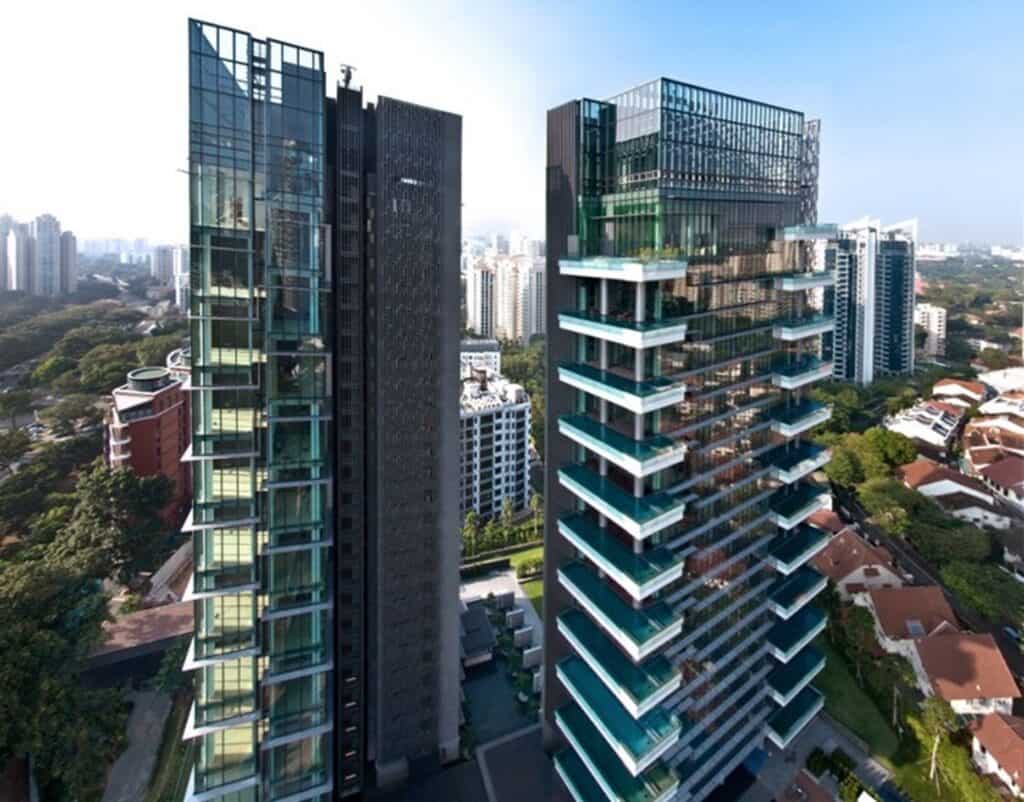 Paterson Hill, part of the River Valley in Singapore, is a seriously posh neighborhood with some streets occupied by the most lavish tenement buildings on earth. One of these, the Marq, is SC Global Developments’ testament to the luxury of the area.

Its crown jewel is the Hermes, an apartment in the Marq’s signature tower. Its 6,200 sq. ft is packed to the brim with French décor, leather upholstery, valuable art, and other exquisite details. Real estate like this living area can cost up to $45 million to buy. The average living space in Paterson Hill costs a smaller but hardly less intimidating $35 million on average.

Every unit in the Signature Tower of the Marq has a 15-meter private pool, hanging out over the skyline of the city (or “cantilevered”) to complete the outrageous amenities in-store for buyers. The building has 180 uninterrupted views of the panorama of Singapore’s fanciest shopping district. 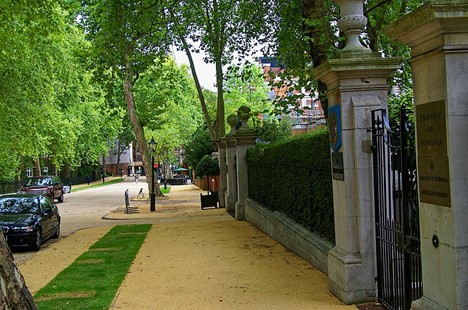 The average home price here can be $44.34 million depending on the market conditions. In the 1840s, it was so posh it was considered part of the grounds of the palace itself, which houses the Duke of Cambridge, Gloucester, and Kent, as well as all their respective Duchesses.

Houses in the Queen Anne and Italianate styles, depending on the end of the neighborhood you buy from, often sell only to embassy leaders and national ambassadors. Those that are sold by the Crown to private residents bring in a ton.

An example of these private homes is that of Lakshmi Mittal, an Indian steel mogul, who bought a house in this neighborhood in 2008 for $87.432 million.