8 Most Expensive Colleges in the U.S.

The history of colleges in the U.S. starts in Colonial America. Before the States officially formed, the colonies developed nine schools of higher learning that still operate today, including several that rank among the most expensive colleges in the U.S.

After America’s declaration of independence in 1776, more and more schools started opening. In the year 1800, America had just 25 active colleges. By 1860, that number jumped to 241. Because of these new schools, students had more access to programs focused on law and medicine. Early law and medicine schools weren’t nearly as expensive as they are today, but they set the stage for ultra-pricey education.

Today, college is one of America’s most expensive institutions. Recent data says over 44 million borrowers hold a collective $1.5 trillion in student debt. Other data says the average student carries about $30,000 in individual student loan debt — that’s nearly how much money half of Americans make in a whole year.

The cost of a college degree in the U.S. keeps rising, so it’s no surprise that some schools come with stunning price tags.

These are the top eight most expensive colleges in the U.S. 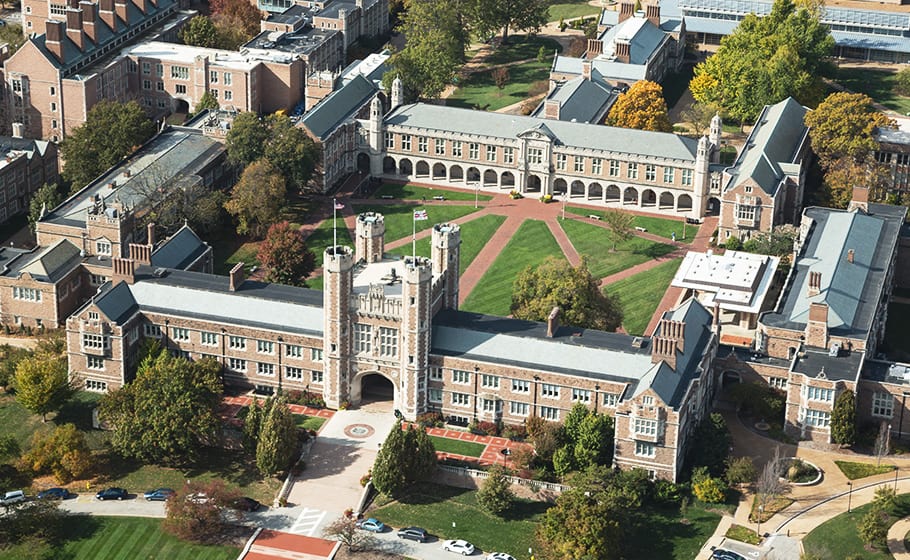 Washington University in St. Louis was founded in 1853, but it was originally known as Eliot Seminary. The school was established by a merchant named Wayman Crow and his pastor — William Greenleaf Eliot Jr. The two were concerned about the lack of higher education in the rapidly expanding midwest, leading to the launch of their new college.

Over the years, Washington University in St. Louis shifted and changed with the times. Notably, the school was the first in the U.S. to admit a female student to its chartered law program. Later, in 1947, a professor at the school named Gerty Cori became the first woman to win the Nobel Prize in Physiology or Medicine.

Today, Washington University in St. Louis is a prestigious school with a steep price tag. One estimate pegs the yearly price at more than $79,000 — but that price can go higher depending on a student’s particular living situation and classes.

In 1904, Washington University in St. Louis hosted the first American Olympics at the Francis Field and Gymnasium. 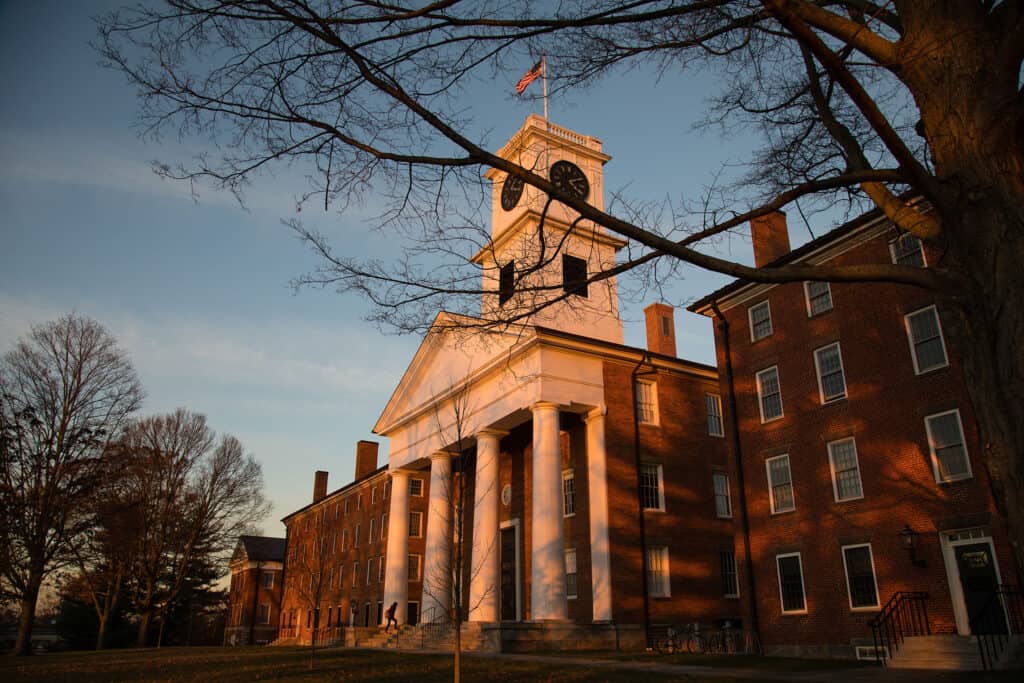 Amherst College is a private institution based in Amherst, Massachusetts. The school was established in 1821 as a way to train impoverished men in the practices of Christian ministry, but over the years it became a more secular school — offering classes in the liberal arts.

With such a long history, Amherst College has been at the center of several historical events. One of the most interesting is the education of Calvin Coolidge, the 30th president of the United States. The school also established the first college athletics program.

Today, Amherst College is world-renowned and extremely expensive. One year will cost you about $79,600.

This school has a very low acceptance rate. Recent estimates say less than 13% of applicants are admitted to the college — meaning fewer than 13 out of every 100 students are accepted. 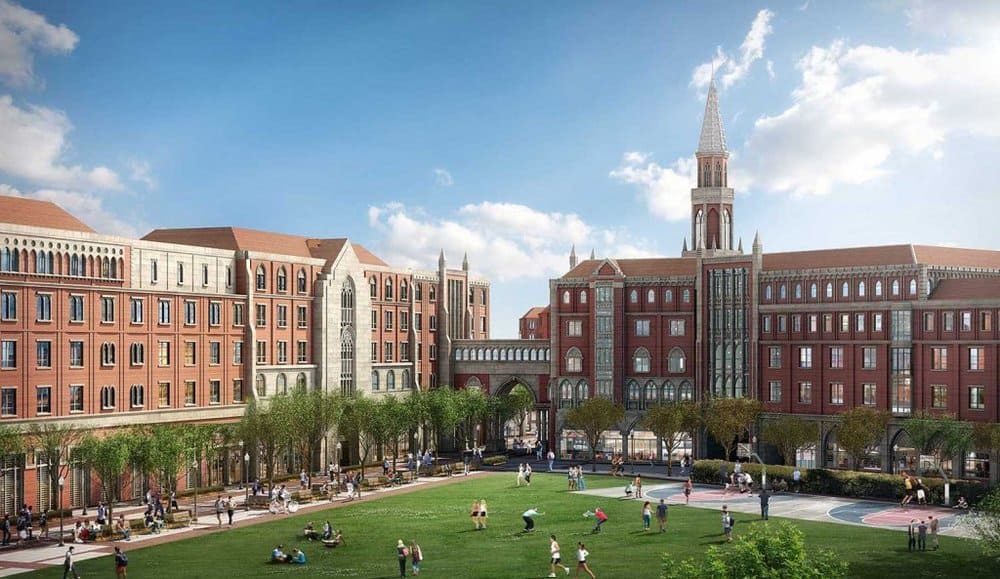 In the 1870s, Judge Robert Maclay Widney and a group of citizens in Los Angeles dreamed of establishing a local university. In those years, LA was a “rough-and-tumble frontier,” so founding a school was part of plans to turn the western region into a larger city. It took several years, but Widney’s efforts were successful and the University of Southern California was born.

Today, the University of Southern California is a prestigious school with a low acceptance rate. Students lucky enough to get in join one of the world’s leading research schools and get access to programs in the arts and sciences.

All that prestige means this school is expensive — a single year will cost an estimated $80,151, at least for most students. According to reports, the school actually offers free tuition for students whose families earn less than $80,000 per year. 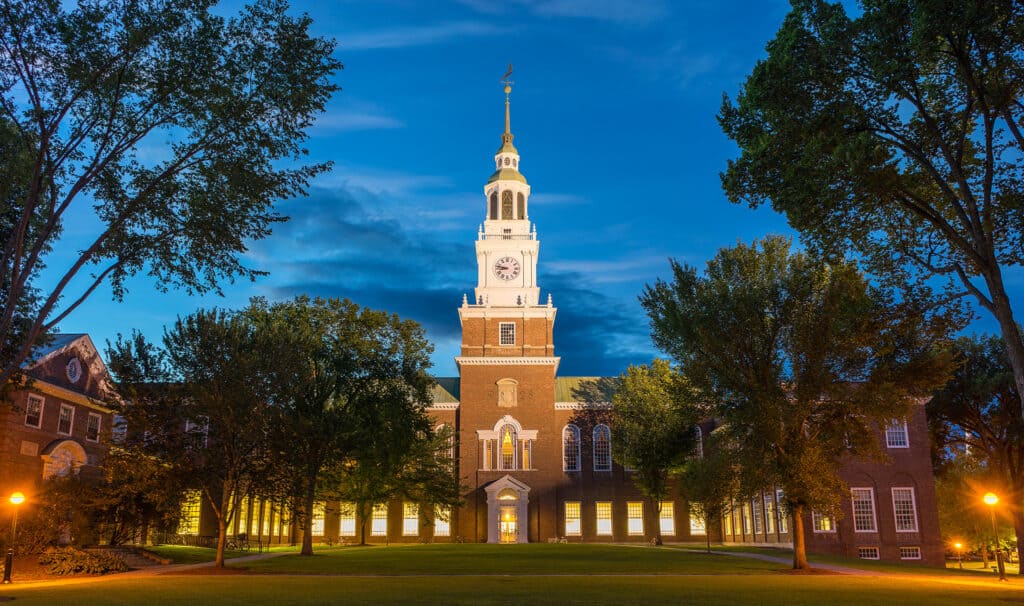 Dartmouth College was founded before the U.S. officially existed. The school was established in Hanover, New Hampshire in 1769, making it one of the oldest schools in America.

As an Ivy League school, the college is renowned for its high-quality education and steep price tag. According to estimates, one year at this school will cost you more than $80,000.

In the modern-day, Dartmouth College is known for its rigorous academic environment and small classes. Students can study in one of five Dartmouth schools, ranging from liberal arts and sciences to business and engineering.

Dartmouth College got its land from New Hampshire Governor John Wentworth. The 269-acre lot banks the Connecticut River and offers students plenty of space to learn. 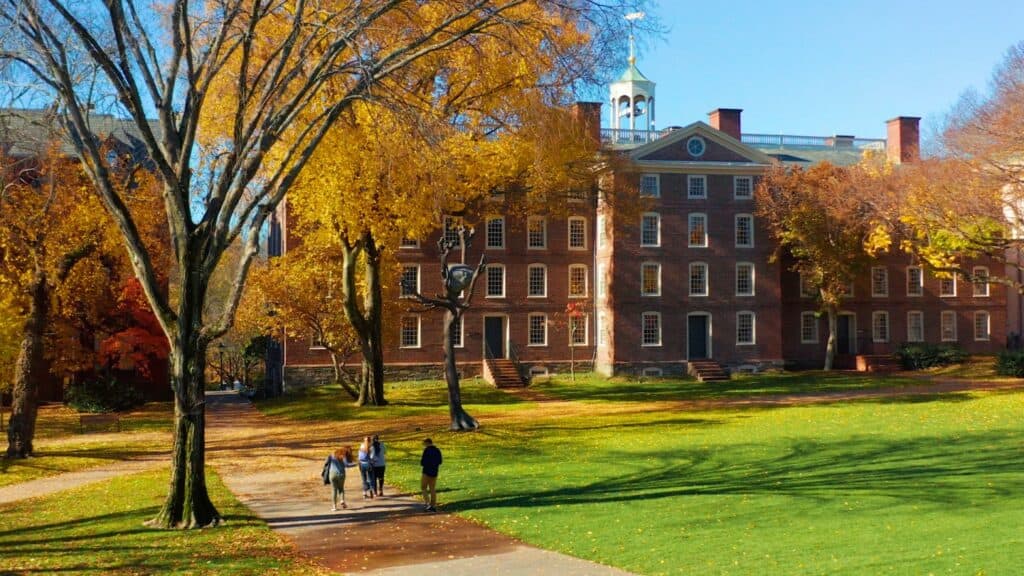 Brown University can be found in Providence, Rhode Island. The historic school offers programs in a range of fields, including engineering, public health, medicine, and more.

Brown got its start in the 1760s when a group of Baptist leaders had a meeting in Philadelphia. One member of the group brought up the idea of establishing a college in New England, leading to modern-day Brown University.

Today, students at Brown are forced to pay a hefty price for their education. One year costs an estimated $80,488.

Brown University says female students were first admitted to the school in 1891. At that time, men and women had separate colleges within Brown. Eventually, the female and male schools merged in 1971. 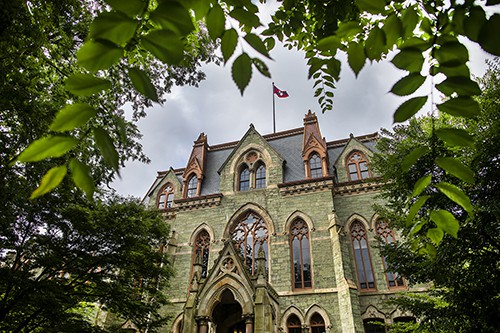 The University of Pennsylvania is an expensive and historic school. Founded by Benjamin Franklin, the university has a long history of educating and connecting some of history’s most impactful leaders.

Like other historic schools on this list, the University of Pennsylvania was established before the United States declared independence from Britain.

The University of Pennsylvania was designed to be a school and a place of worship. Today, the school is considered secular by US News and World Report. 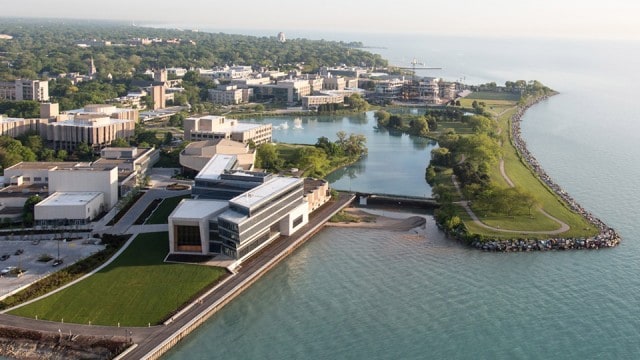 Northwestern University comes in as the second-most expensive college in America. Students pay upwards of $80,000 per year to attend the school, but many receive financial aid that cuts down on those costs.

This college was founded in 1851 after a group of nine men laid out plans to start a school of higher learning. Today, the college offers programs in everything from African American Studies to World Literature.

When those nine men came together to form a school, their first meeting took place in a law office positioned above a hardware store located in Chicago. 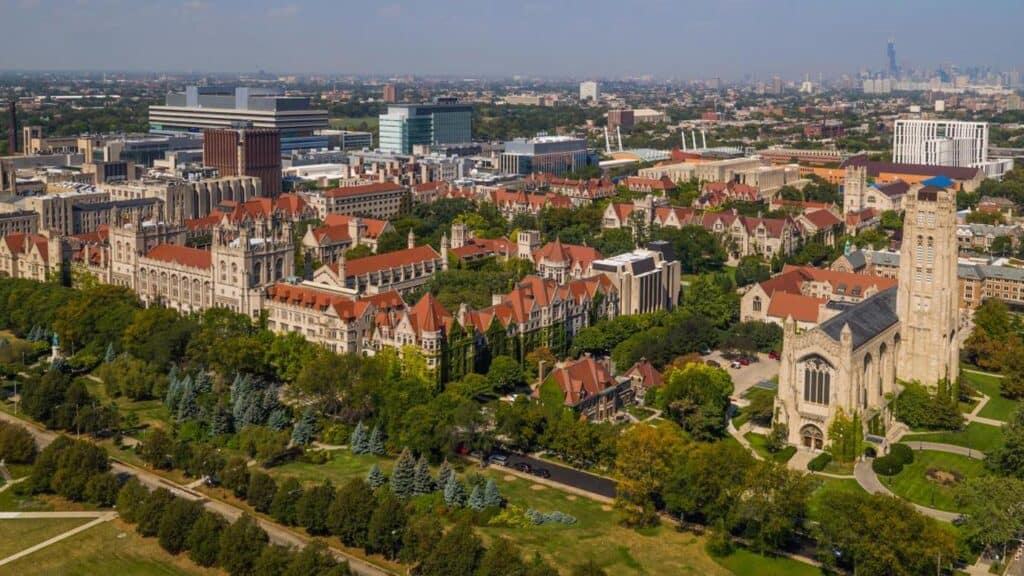 The University of Chicago is the most expensive college in the U.S.

This pricey school is located in Illinois and costs more than $80,000 per year. The school was founded in 1892 thanks to funding from John D. Rockefeller, an American businessman who made a fortune in the oil industry.

Today, the University of Chicago offers programs in everything from anthropology to visual arts. These programs take place on the school’s large campus. The campus itself was kickstarted by a donation of 10 acres from retail merchant Marshall Field. As time went on and the school expanded, Field started selling more land to the university.

This college mostly attracted students from the midwest when it opened in the late 19th century, but today the school finds students across the globe.

8 Most Expensive Houses in Michigan Currently