Comic books showed up in the 1930s as a way to reprint short, funny comic strips from newspapers. Eventually though, these early comic books started creating unique content, including superhero stories. Experts trace the rise of superhero comics to 1938 when Action Comics No. 1 was released. This ground-breaking comic met some controversy since some parents took issue with its depiction of violence and “mature” themes, but the series stood the test of time and remains in print today.

Over the years, comic books led to movie and TV adaptations that made characters like Superman even more famous. Today, some of the highest-grossing films of all time feature characters originating from comic books, including Spiderman and the Hulk.

Comic books may not be as prevalent today as they were in the mid 20th century, but that doesn’t mean they’re any less loved. In fact, in recent years, some comic books have sold for millions thanks to popularity among collectors.

These are the top eight most expensive comic books ever sold. 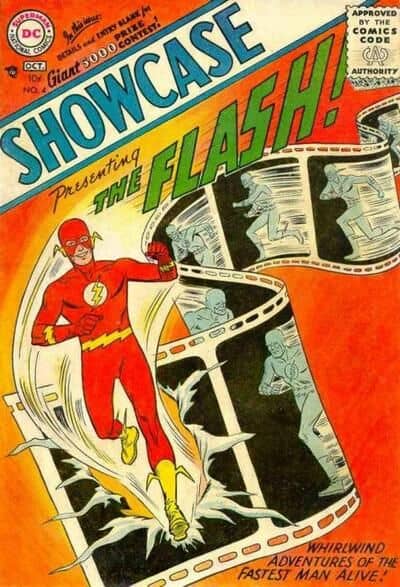 Showcase #4 is a comic book from 1956 that featured the Flash for the very first time. The story is touted as “The Mystery of the Human Thunderbolt” and follows Barry Allen, a police scientist who gets covered in strange chemicals that were struck by lightning. The coincidence turns Barry into an ultra-fast superhero called the Flash. On his first mission, the Flash pursues a criminal known as the Turtle Man — a.k.a. the world’s slowest man. The Turtle Man tries to rob a bank, but his slow movements are quickly beaten by the Flash’s superhuman speed.

As the first appearance of the Flash, this comic book is super popular among collectors. The highest price paid for a copy is reportedly around $180,000 — but other copies go for a little less at about $177,000 depending on their condition.

The condition of a comic book plays a big role in its price. Amazingly, even copies of Showcase #4 in very poor condition can still fetch about $8,000 according to Quality Comix. 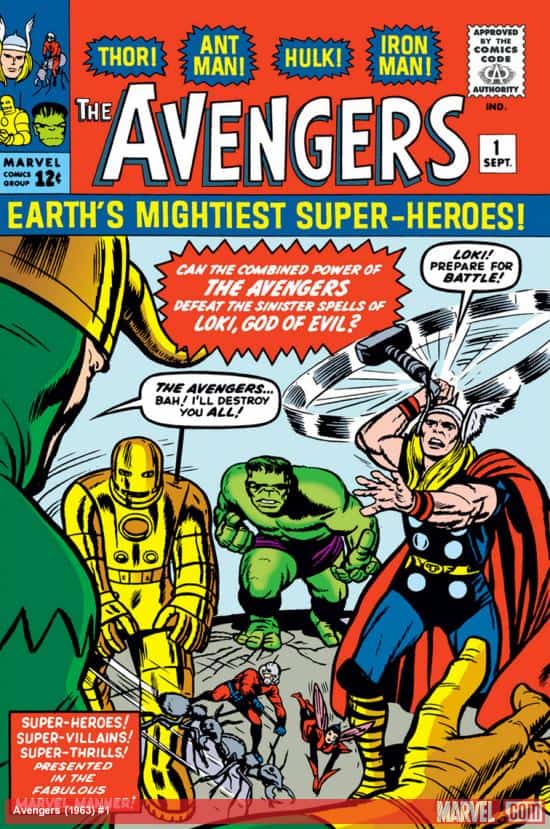 The Avengers have been a staple of comic books for years. The team of superheroes was created by Stan Lee and made its debut in 1963 with the release of The Avengers No. 1. The groundbreaking release would lead to a series of extremely popular films and turn into a multi-billion dollar franchise.

As such a popular series, it’s no surprise that rare Avengers memorabilia sells for a lot of money. This example of The Avengers No.1 sold for more than $270,000 in 2012, making it the seventh-most expensive comic book in the world.

As with other expensive comic books, this copy of The Avengers No. 1 was in particularly good condition at the time of sale. The copy was graded 9.6 on a 10-point scale, making it one of the highest-graded copies in known existence.

Recorded Sale Price: $490,000
Genre: Superheroes
Comic Book Year: 1962
Interesting Fact: In this comic book, the Hulk is depicted in gray rather than green

The Hulk might be recognized by his iconic green hue today, but the original Hulk was actually gray.

That’s the case with this 1962 copy of The Incredible Hulk’s first edition comic. The antique book was in near-mint condition at the time of sale, earning it a price tag of nearly $500,000.

The comic itself centers around the Hulk’s origin story. Created by Stan Lee, the Hulk would go on to join The Avengers No. 1 about a year later.

Experts say highly graded copies of the Hulk’s first edition comic are extremely hard to find. As a result, comic fans expect this copy to only get more valuable with time. 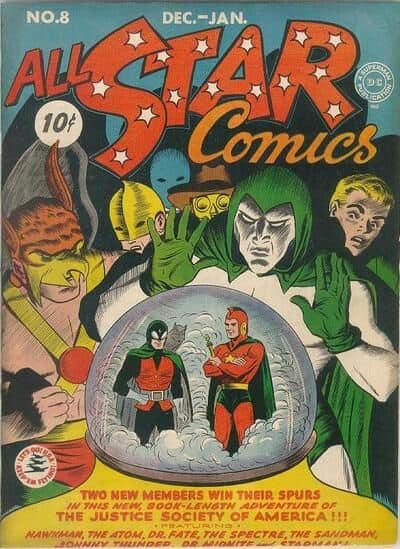 All-Star Comics #8 came out in 1942, making it one of the older comic books on this list. The book falls under the action-adventure genre, with characters confronting a strange “insanity serum” that makes men believe they are animals. The strange and exciting story follows heroes as they hunt for an antidote to the serum, all while villains push the stakes higher and higher.

In 2017, a highly graded copy of All-Star Comics #8 sold for a reported $936,233. That jaw-dropping price marked the fifth-most expensive comic book in the world and established All-Star as an all-time favorite among collectors. Today, estimates say copies in average condition are worth about $90,000. 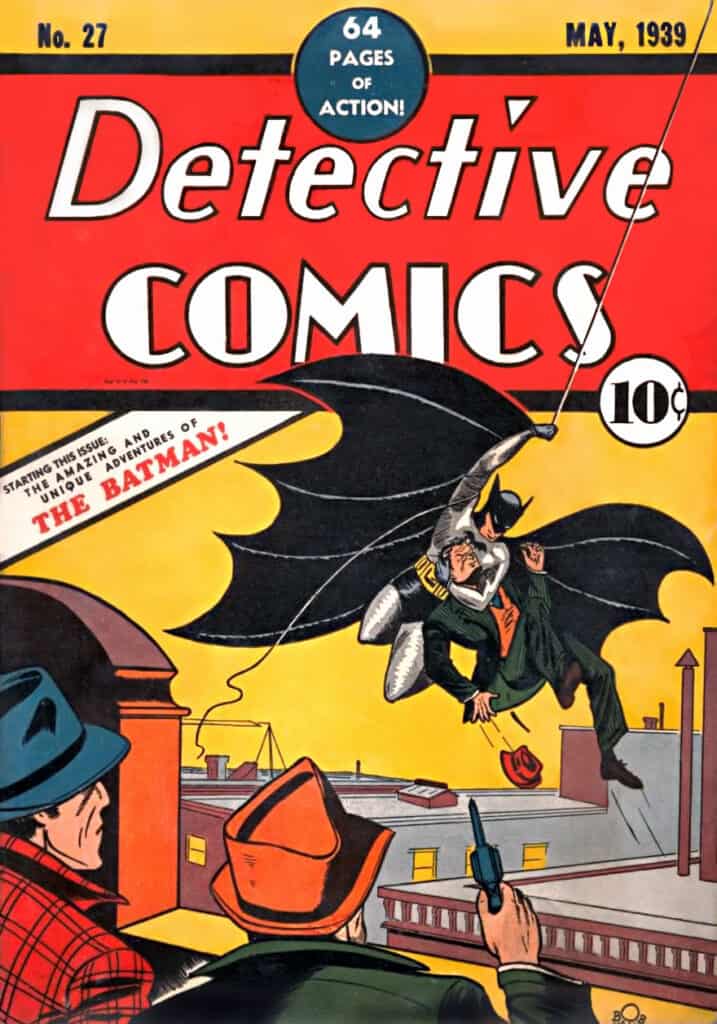 Most people have probably heard of Batman. He’s been around since 1939 after all — and modern film adaptations made him famous even among people who don’t read comic books.

Interestingly, Batman’s debut wasn’t in his own book. The Dark Knight made his debut in Detective Comics No. 27, a series partially developed by artist Bob Kane and writer Bill Finger. In 2020, a copy of the groundbreaking comic sold for $1.5 million — making it the fourth-most expensive comic book ever sold and one of the most expensive pieces of Batman memorabilia.

Detective Comics called its 27th release “the amazing and unique adventure of the Batman.” 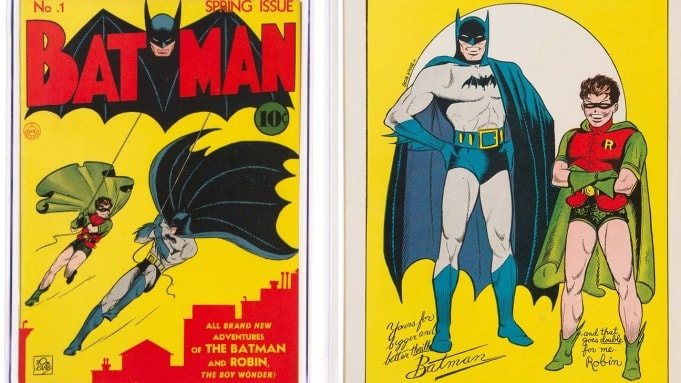 In 2021, a copy of Batman’s first solo comic book sold for $2.2 million. The incredible find was released in 1940 after the success of Batman’s debut in Detective Comics the year prior.

Comic book and Batman fans appreciate this book for its iconic Dark Knight adventures, but the story is even more valuable for its depiction of The Joker. According to experts, this comic was the first story featuring the supervillain — making it highly valuable among superhero enthusiasts.

This copy of Batman #1 was in near-mint condition at the time of sale. As with other rare and expensive comic books, collectors expect this book to become more valuable with time. 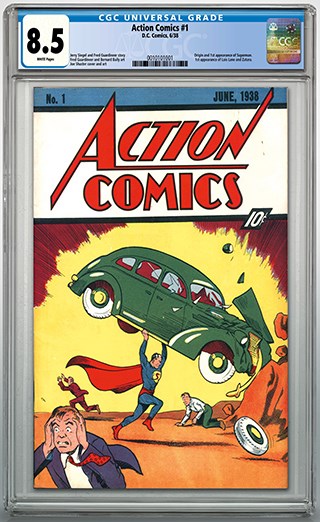 We talked about Batman’s debut, now on to Superman’s debut. The Man of Steel was first published in 1938 in Action Comics #1. This copy of the groundbreaking comic sold for $3.25 million in 2014 — making it the second-most expensive comic book in the world.

This comic was highly graded at 8.5, but copies in poorer shape still go for millions. One example went for about $2 million while other copies likely go for more than $1 million.

This comic was certified by the Certified Guaranty Company®, an organization that grades collectibles like playing cards and comic books. 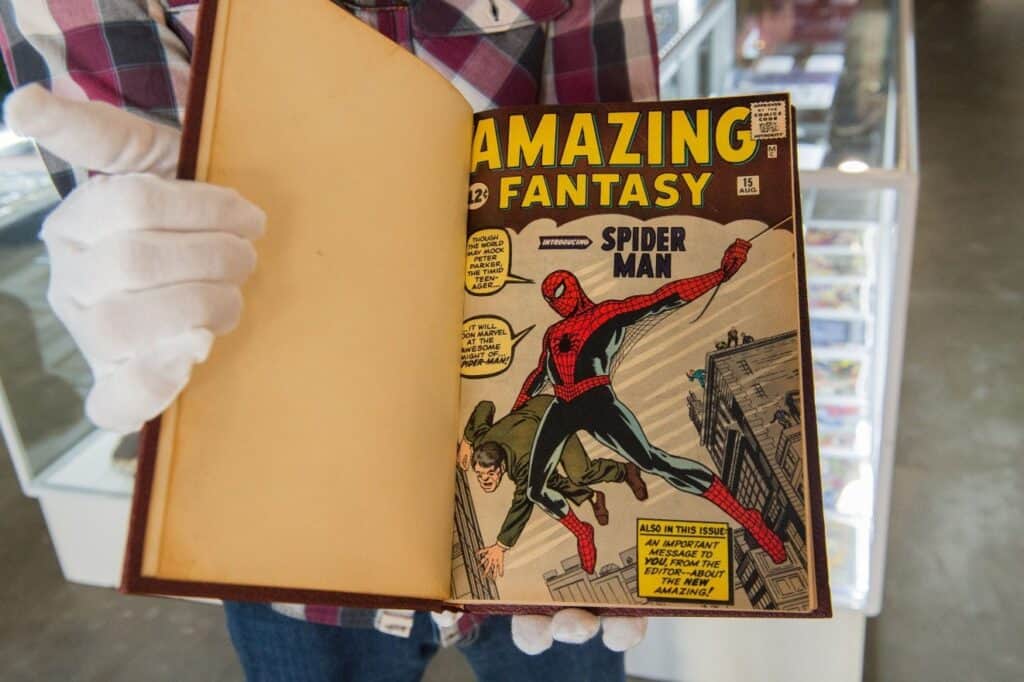 Amazing Fantasy No. 15 is the most expensive comic book ever sold.

With a staggering price tag of $3.6 million, Amazing Fantasy No. 15 is easily the most expensive comic book ever sold. The incredibly expensive collectible was published in 1962. In that year, copies sold for just 12 cents.

Today, experts say this copy is one of just four-known examples to exist in pristine condition. That means Amazing Fantasy No. 15 will get way more expensive with time — who knows just how high the price will go.

Like other pricey comics, this comic book features a hero’s origin story. In this case, Peter Parker is bitten by a radioactive spider and acquires his famous superpowers. The whole story was written by Stan Lee, the founder of Marvel.

This comic was drawn by Steve Ditko.

8 Most Expensive Colleges in the U.S.