10 Most Expensive Restaurants in Orlando

When you think Orlando, you probably think Disney — but did you know the city is also home to a lot of high-end restaurants? The region of more than 250,000 people is a travel hotspot, with tons of tourists visiting each year to see Disney World, Universal Studios, and other local attractions. Tourists get access to more than 7,000 restaurants throughout Orlando and nearby areas, including several fine-dining experiences.

Orlando isn’t as expensive as other tourist destinations, but the city’s restaurants can still be pretty pricey. From fancy steakhouses to a Michelin-starred sushi spot, these are the most expensive restaurants in Orlando. 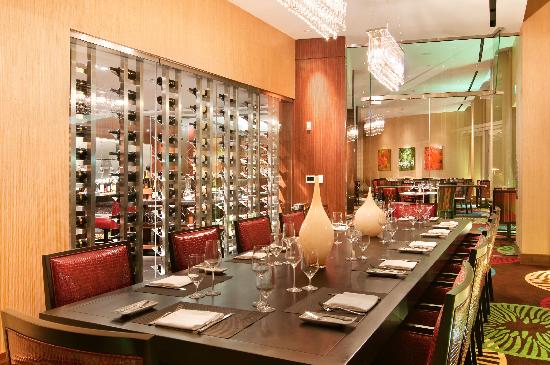 Kicking off our list is Spencer’s, a steak and chops restaurant offering classic steakhouse fare alongside American dishes and seafood. Diners enjoy a diverse menu, which Spencer’s calls “sophisticated and accessible.” Meals are defined by the restaurant’s passion for contemporary cooking, and many dishes are heightened by innovative preparation techniques and unique twists on classic recipes.

Guests say Spencer’s food is excellent. One diner called their meal “to die for” and another said the restaurant is “outstanding.” Dishes like grass-fed and dry-aged steak are customer favorites, while local seafood adds to the environment’s sense of luxury.

Overall, a meal at Spencer’s for Steak & Chops will cost you just over $70. Add some wine and a dessert and you could be looking at a hundred-dollar dinner. Would you try this place?

This restaurant has vegan options. 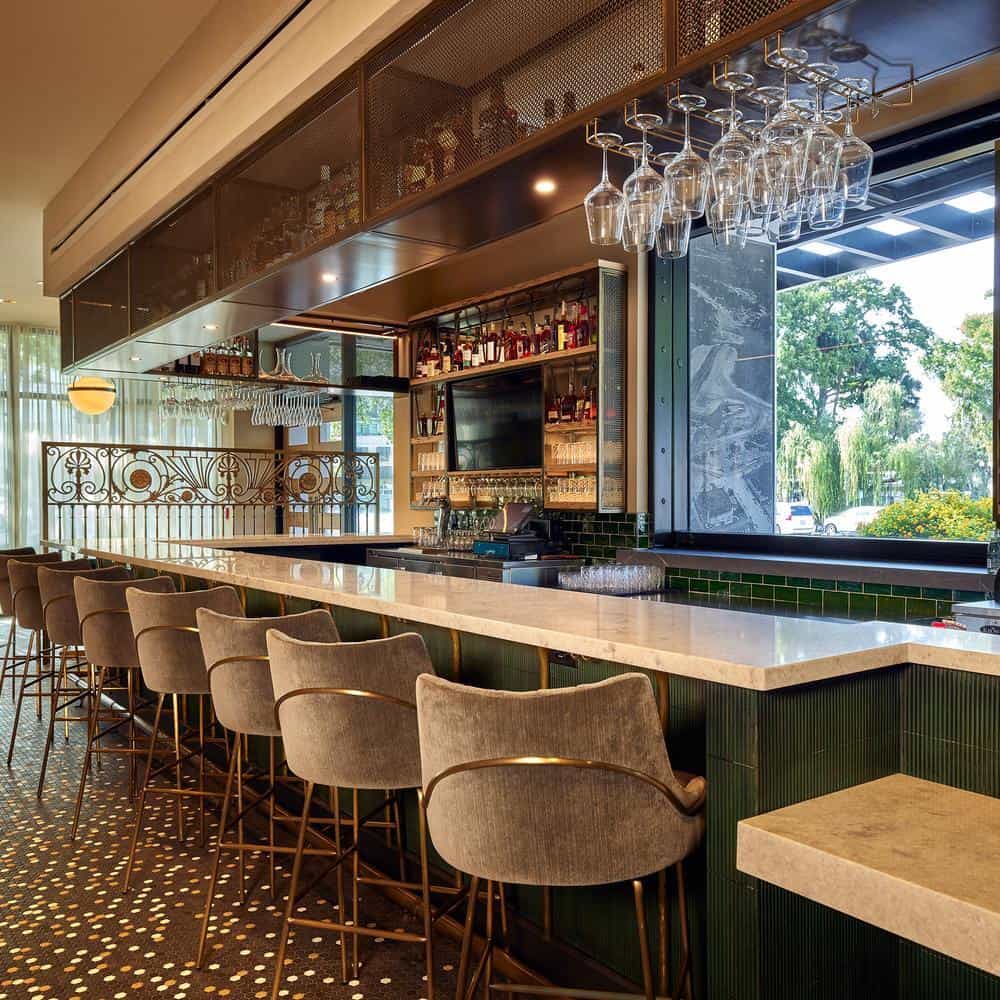 The Pinery doesn’t have a Michelin star, but the famous restaurant guide praised the food and said it’s worth checking out. The restaurant overlooks Lake Ivanhoe and offers a selection of American dishes and seafood. Specialties like smoked peanut soup feature unique flavors, while classics like grilled pork chops keep it familiar and relaxed.

Michelin says a meal at The Pinery costs about $75, but that steep price tag might be worth it: “This trendy first-floor restaurant…has the substance to support its hype.”

The Pinery is named in reference to fields where pineapples grow. Pineapples aren’t typically grown in Florida, but the state was introduced to the plant in the 1800s. 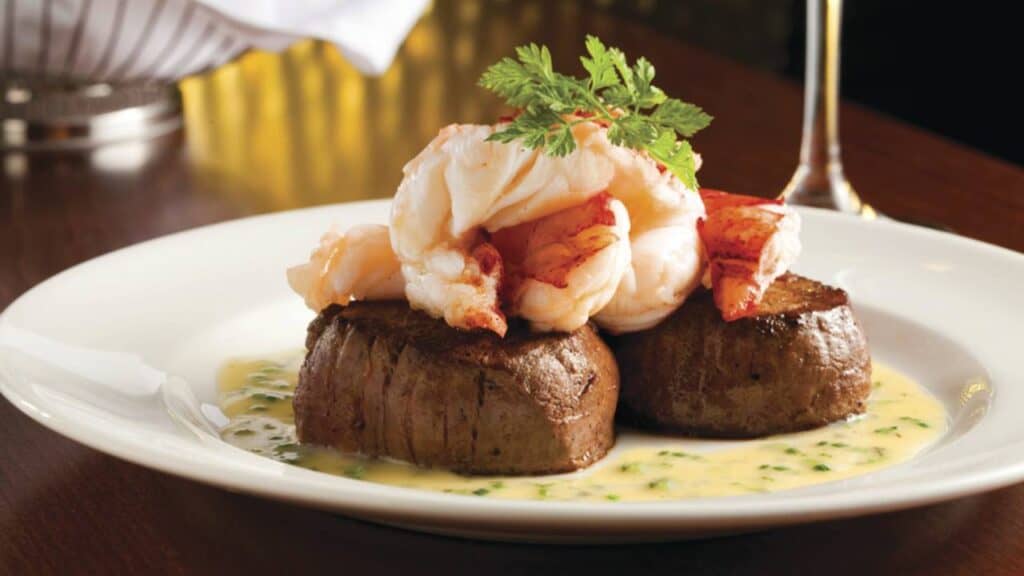 The Capital Grille has two locations in Orlando and many more across the U.S. The fine-dining steakhouse has classic American dishes including dry-aged steak and seafood. Trip Advisor awarded the restaurant the title of “Traveler’s Choice” and says the menu includes up to 5,000 bottles of wine.

Reviewers really like The Capital Grille. One diner said the restaurant offered an excellent dining experience, while another called the food exceptional.

Overall, a meal at The Capital Grille will cost you about $80. Would you eat here?

The Capital Grille offers a variety of desserts, including cheesecake. 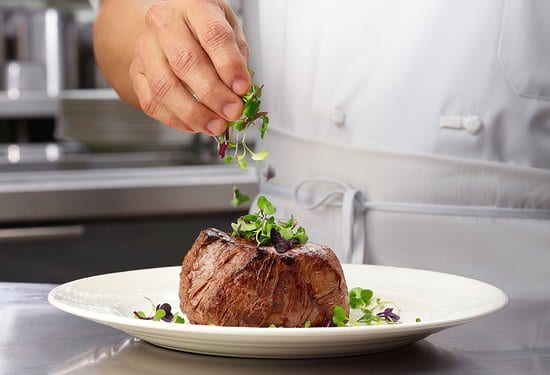 The Palm is another high-end steakhouse offering classic American foods. The restaurant has been in business since 1926 and it’s known for lobster, steak, specialty cocktails, and more. Dinners at The Palm typically cost about $80, and visitors agree that the price is worth it. The restaurant has been awarded Trip Advisor’s “Traveler’s Choice” status, and Gayot named it one of the best steakhouses in the city.

The Palm’s menu includes tuna tartare, calamari, strip steaks, and Oysters Rockefeller. Diners can sit at a table, or enjoy the bar and private booths for a romantic evening on the town.

Overall, a meal at Chatham’s Place will cost you about $80. Some dishes are more expensive though, and adding wine to the tab can really push up the price. 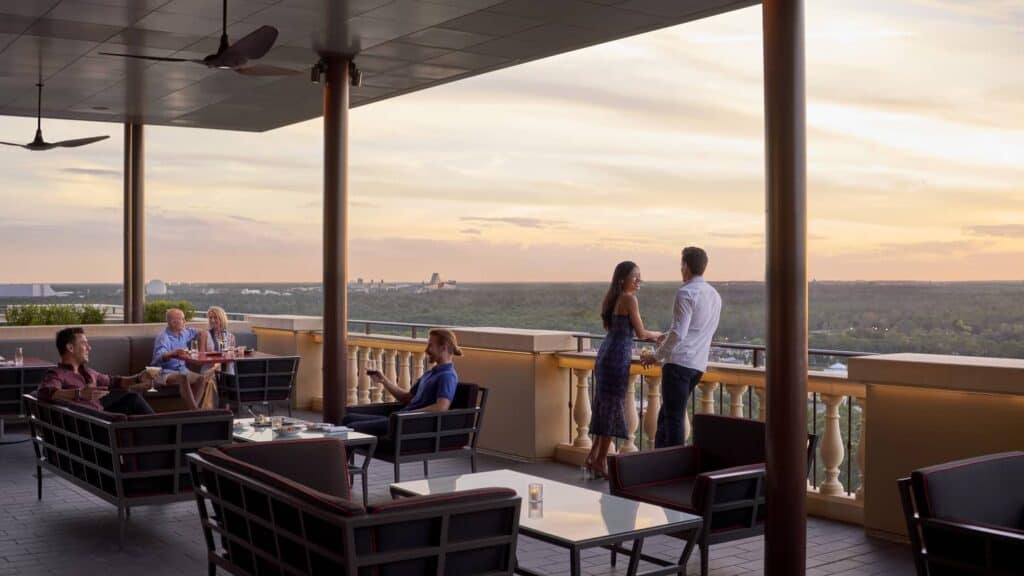 Capa is located on the top floor of the Four Seasons Resort, Orlando. The fine-dining restaurant offers stunning views of the city and Michelin-approved food. Guests enjoy Spanish cuisine and steakhouse classics, like pork belly with apple butter and patatas bravas.

When it comes to prices, a meal at Capa will cost you upwards of $100.

Wine Enthusiast named Capa one of the 100 best wine restaurants in America. 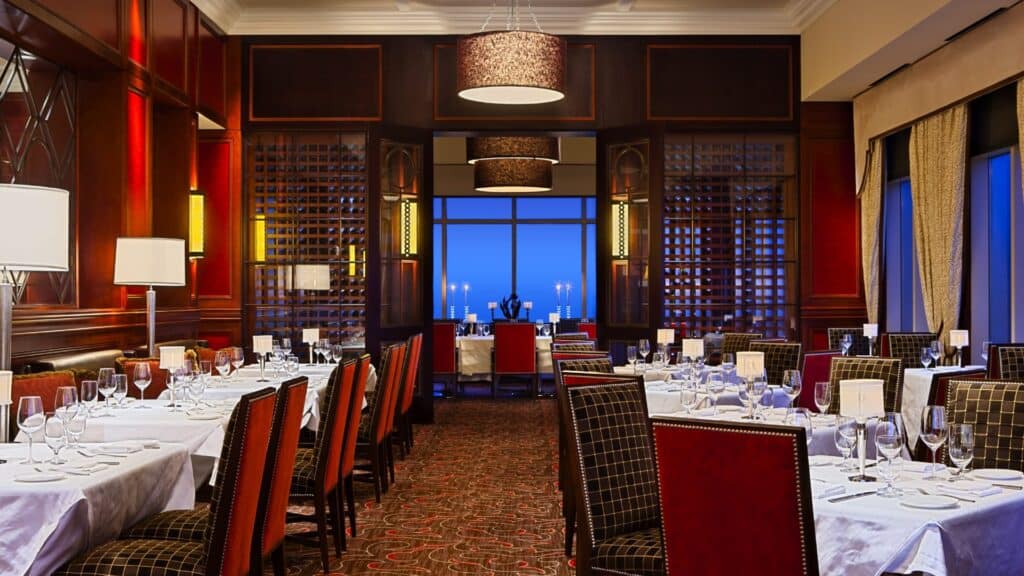 Located at Waldorf Astoria, Orlando, Bull & Bear offers a luxury steakhouse environment and award-winning food. The high-end eatery earned a spot among OpenTable’s list of the 100 best restaurants in America as well as “Diner’s Choice” status from Hilton Worldwide.

At more than $100 per person, a meal at Bull & Bear can include dry-aged steak, escargot and gnocchi, veal, and much more. The restaurant’s famous lemon dessert is a favorite among guests, and the extensive wine list easily complements any meal. 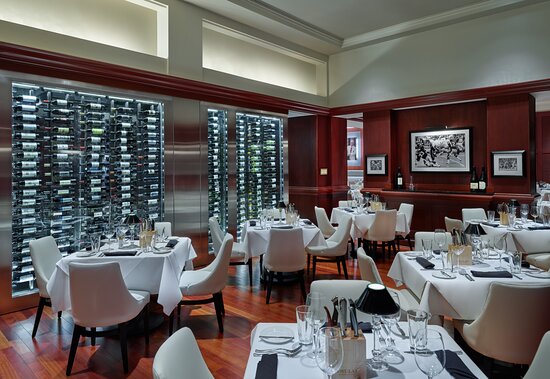 A typical meal at Shula’s Steak House will cost you more than $100. Reviewers enjoy the award-winning restaurant, saying the food and service are exceptional. Shula’s is the recipient of several restaurant awards, including a long-running streak of honors from Wine Spectator.

Despite being a steakhouse, Shula’s offers a few vegetarian options. The menu also features several gluten-free items for diners’ enjoyment. 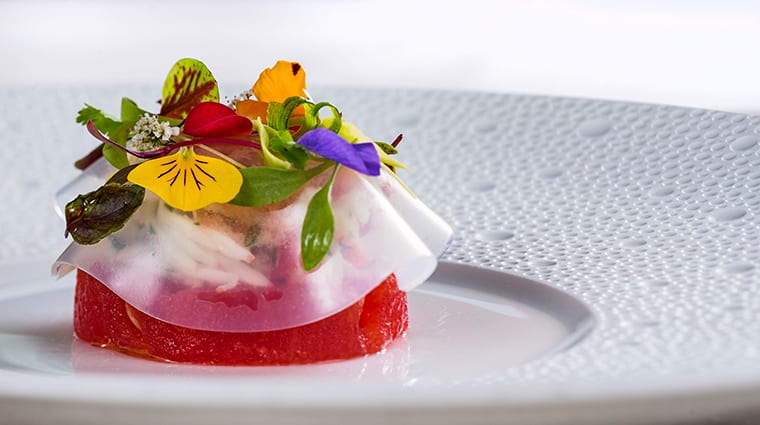 Forbes Travel Guide gave this restaurant a glowing 5-star review, saying the high-end dining experience is unparalleled within Disney’s resorts: “[When] it comes to personalized service, theatricality and sheer luxury — both in the room and on the plate — Victoria & Albert’s reigns supreme.”

Diners agree with Forbes. One guest says the food is heavenly, another says the restaurant provides an “unmatched dining experience.”

Victoria & Albert’s has a limited guest capacity of 50 people. Forbes Travel Guide says diners should plan ahead and reserve a seat well in advance if they want to enjoy this luxury restaurant. 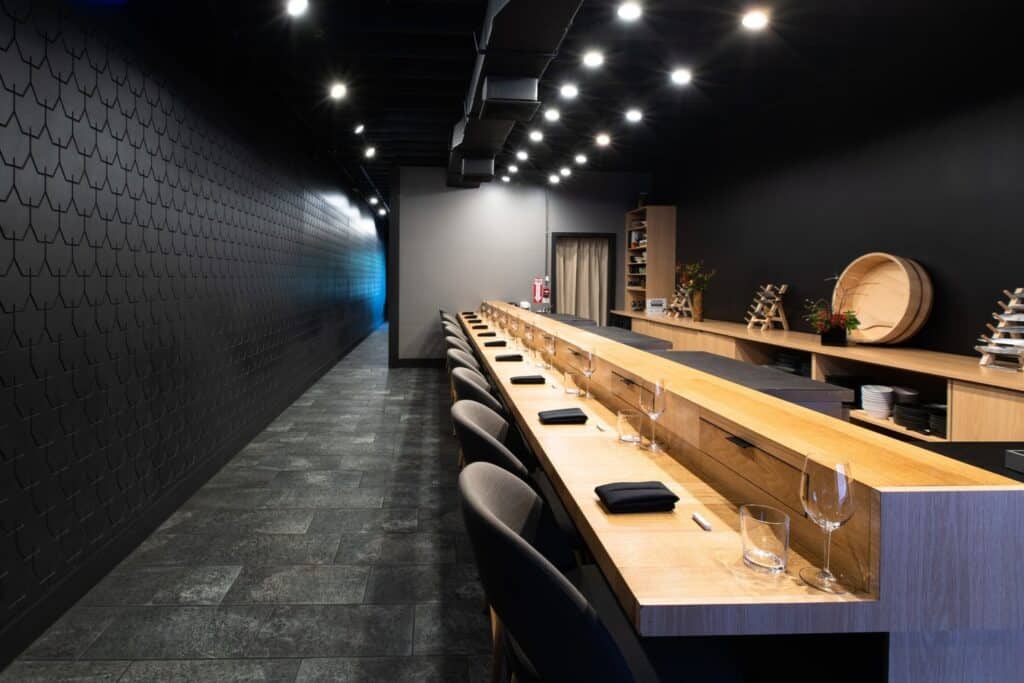 Soseki is the most expensive restaurant in Orlando.

Michelin says Soseki’s menu constantly changes since dishes are based on local produce, but a typical meal at this expensive restaurant will cost you about $225. That price tag gets you about 15 courses served in a 10-seater dining room. Soseki says its intimate environment is ideal for birthday parties, corporate events, and other private groups.

A full meal at Soseki takes up to 120 minutes because of the restaurant’s unique serving style.