Atlanta is the capital of Georgia, with approximately 12,000 restaurants adorning its streets. And of these restaurants, a few are stellar luxury dining experiences. Many have prix fixe menus, which are those that the chef chooses themselves to prepare seasonally and serve in multiple courses, charging each table per person.

Those restaurants rack up incredible prices, which is why these select places are the 8 most expensive restaurants in Atlanta.

From the homey yet elevated to the downright exotic, continue reading to learn about the food that makes these restaurants so desirable and the chefs that use their immense skill to capitalize on that desire.

Hugh Acheson and Josh Hopkins rule the kitchen at Empire State South in Atlanta, one of its most expensive restaurants. The former has won the James Beard award and is famous for rustic food, not only for what’s served at Empire State but also pickled spreads and other condiments. Even appetizers can be ordered “in jars” at this place, as the label says.

The restaurant’s main menu is a 4-6-course tasting menu. At 6 courses, it costs $105 per person. Some of its luxury offerings include king salmon tartare with radish, cilantro, tamari, and jalapeno, foie gras torchon with balsamic gel and strawberry preserves, glazed pork belly with grits and pickled onion, seared scallops with oyster mushrooms, fava beans, and English peas, and a Riverview farm pork lion with bok choi and a rosemary jus.

Hugh Acheson is perhaps best known as a judge on Top Chef, the popular cooking competition show. He is also an Iron Chef in Canada. His current restaurants include several others throughout Georgia, including Five & Ten, The National, and The Florence. 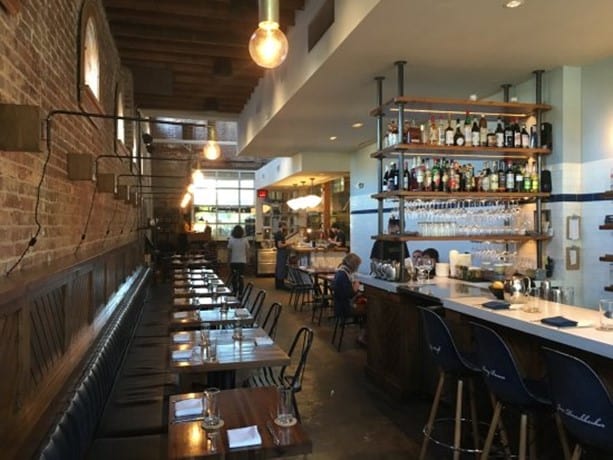 Staplehouse was sold to Ryan Smith after the Atlanta staple doubled as a soup kitchen and restaurant during the pandemic under the original owner, Giving Kitchen. It’s now a fine-dining restaurant experience driven by casual looks but cutting-edge food.

Its dishes include a famous king crab course basted in Cara Cara orange, sorrel, sunflower, turnip, and fennel. Smith and his chef de cuisine, Jake Pollitz, are into vegetables just as much as meat, and give their diners a taste of class with 8-10 courses on the fixed price menu, which is $105 regularly and $75 for a 4-course variation served on Sundays.

Ryan Smith dived head-first in the NY fine-dining cuisine scene as an executive chef of New York Vintners, as well as their head wine educator. He’s the executive chef at Empire State South and the owner of Staplehouse, among others. 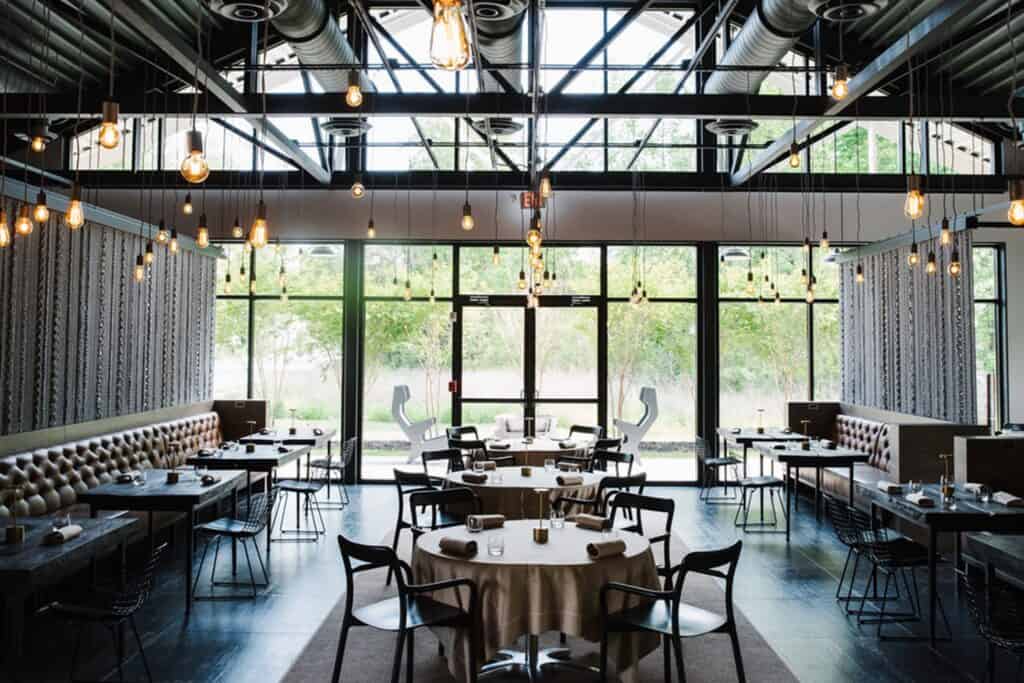 Bacchanalia is a contemporary American restaurant whose menu was designed by its chef/owners, named Anne Quatrano and Clifford Harrison. It was opened in 1993 and frequently switches up its seasonal menu, which is sourced from the owners’ farm, known as Sutherland.

The unique experience of Bacchanalia is a menu that’s different throughout different times of year, chosen as a fixed course experience by the chefs, known as a prix fixe menu. Per person, dining at Bacchanalia costs $110 for the full 4 courses, plus wine.

Another majorly expensive option at Bacchanalia is a supplemental caviar service, 30 grams of some of the most luxurious kinds of caviar out there, including regiis ova supreme and regiis ova hybrid, each $140 per serving. 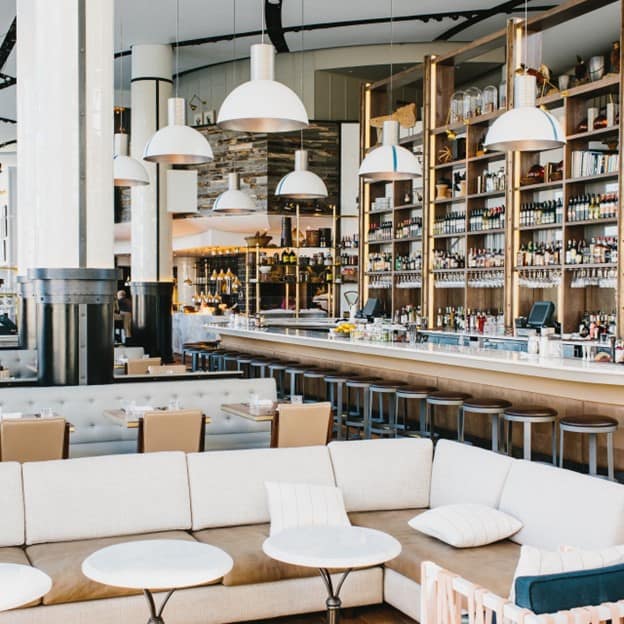 From Atlanta, St. Cecilia serves food that you would normally see on the European coast in Italy, France, or Spain. It is located in the Pinnacle Building in Buckhead, driven by old-world ingredients. Their famous dishes combine seafood from the Riviera with French-style preparations.

The result is hearth-roasted octopus, fresh crudo, Maine sea scallops, wood-roasted bronzino, and for dessert, a phenomenal pear pudding cake from the restaurant’s pastry chef, Chrysta Poulos. They serve a whole flounder with salsa verde and Castelvetrano called pesce passera for $44. But their priciest entrée is a tagliata di mazno, which is a 32-oz NY strip steak with maitake and roasted garlic. It sells for $120.

Desserts are not usually as expensive as entrees. However, these expensive restaurants still put out some pricy sweets. With Poulos at the helm, St. Cecilia has some amazing choices like a $9 chocolate mousse, which can be paired with a $25 drink of Moscato d’Asti, a popular dessert wine. 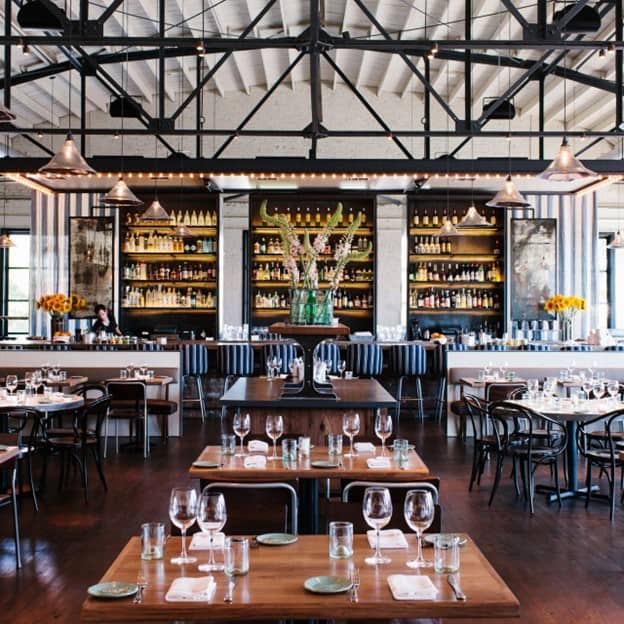 The Optimist by Ford Fry is a seaside fish camp restaurant famous for its fresh seafood. This includes Maine sea scallops, Alabama oysters, Georgia trout, lobster rolls, and more. Their specialties are hickory-smoking, roasting, and aging their seafood.

Some of their famous entrees include a $37 hearth-roasted grouper with salsa verde, sea salt, and lemon, and a $39 Maine lobster roasted in seasoned butter, lemons, and breadcrumbs. But the jewel in The Optimist’s crown must be the meal known as The Starving Man, which consists of shrimp, ceviche, oysters, smoked fish dip, Jonah crab, and a whole chilled lobster. This meal costs $140.

Ford Fry is responsible for several of Atlanta’s most expensive restaurants. He studied at the Culinary Institute in Vermont before becoming a corporate chef. He came to Atlanta in 2007 and founded now-famous restaurants like Jct. Kitchen, St. Cecilia, King + Duke, and The Optimist. 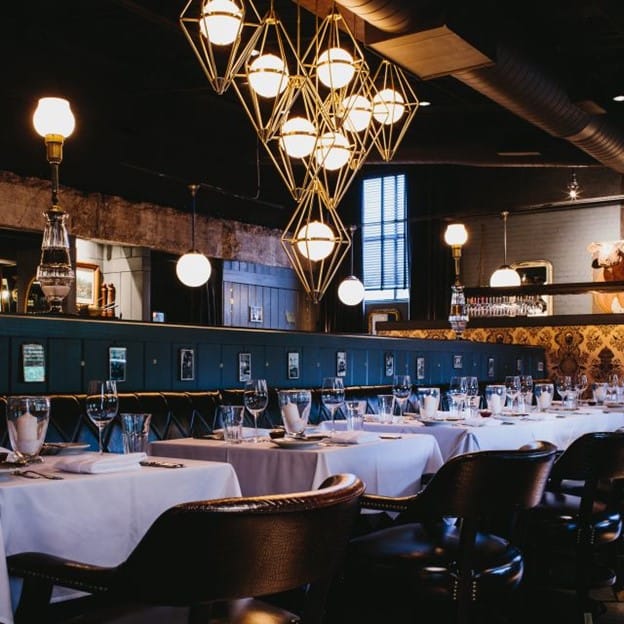 Marcel is an Atlanta steakhouse and bar owned by the infamous Ford Fry. It was named for the French fighter Marcel Cerdan, who went through a war, a marriage, battles in the ring, and more before dying in a plane crash.

Chef John Adamson has prepared a lot of famous high-value meat cuts that run up a huge tab for the restaurant’s selective patrons. These include a $116.95 entrée of cote de boeuf, which is a 22-oz dry-aged ribeye. The crown jewel, however, is a 30-oz tomahawk ribeye for $159.95. There’s even a 42-oz porterhouse for three that goes for $229.95, which we didn’t include due to its serving size.

Marcel Cerdan was famously the lover of the French singer, Edith Piaf. His death in a plane crash caused her to become wild with grief, contributing to the downturn in her health and career. 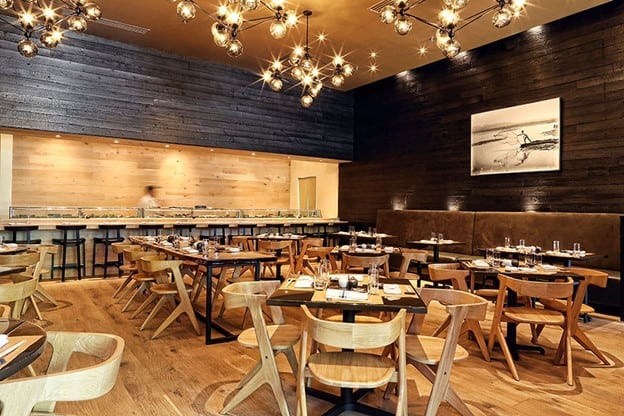 Chef Fuyuhiko Ito and pastry chef Lisa Matsuoka Ito started Umi Sushi in the busy Buckhead area of Atlanta. The restaurant interior was designed by Todd Murphy to be elegant, with native Atlanta charm buffed up with modern Asian influence.

The restaurant uses fresh Atlanta produce to conceive its signature items, which include a baked lobster tempura, black cod miso with sauteed foie gras, and a selection of sushi rolls, sashimi, and nigiri. You can enhance your meal with craft sake, which is Japanese rice wine, or roasted Lamill coffee. Per person, a tasting menu at Umi Sushi costs $160.

Combined, Chef Ito and Ito have nearly three decades of experience in Japanese and French restaurants. They were born in Tokyo and created the sushi concept at Umi with their heritage in mind, which goes back to the fish markets of Tsukiji. Ito eventually worked under Chef Kono and apprenticed at Toriyoshi in Tokyo. 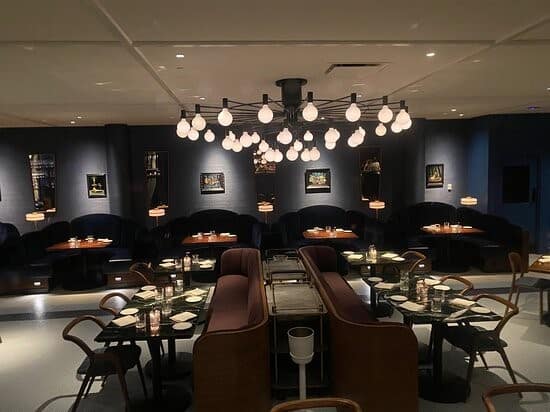 The most expensive restaurant in Atlanta is The Betty. The restaurant is a sparkling example of old crashing into new, with mood lighting and hardwood floors from decades ago, but modern table settings and garden landscapes. It’s chic Hollywood high-life meets modern fine dining.

Dishes at The Betty range in price from season to season and include a $39 sea scallop entrée with cauliflower and pickled sultanas and a $69 prime stripe steak with maitakes and spring onions, topped with an eggplant puree. Their prime piece though is a 32-oz prime ribeye steak with madeira jus and roasted garlic, an entrée that costs $169.

The chef of The Betty is Brandon Chavannes, who rose to prominence in New York in restaurants such as Bar Boulud, the Russian Tea Room, and John Dory. In the past in Atlanta, he has also cooked for King + Duke and St. Cecilia.

12 Rarest Birthdays Around the World