The Don Julio tequila brand started in 1942 when its creator, Don Julio Gonzalez-Frausto Estrada was only 17 years old. His distillery, La Primavera, was the site of many of his major advances in cultivation and bottling that led to his reputation of creating the first luxury tequila.

His aging process involves developing and purifying blue agave plants to the absolute limits of their purity. His pioneering technique involved cutting the agave at its roots and then sheering the leaves. He then took the core, the pina, to use as the raw material for the pure tequila.

The luxurious Don Julio heritage has led to many bottles of this tequila achieving extremely high retail values.

Continue reading to learn about the most expensive Don Julio tequilas that money can buy. 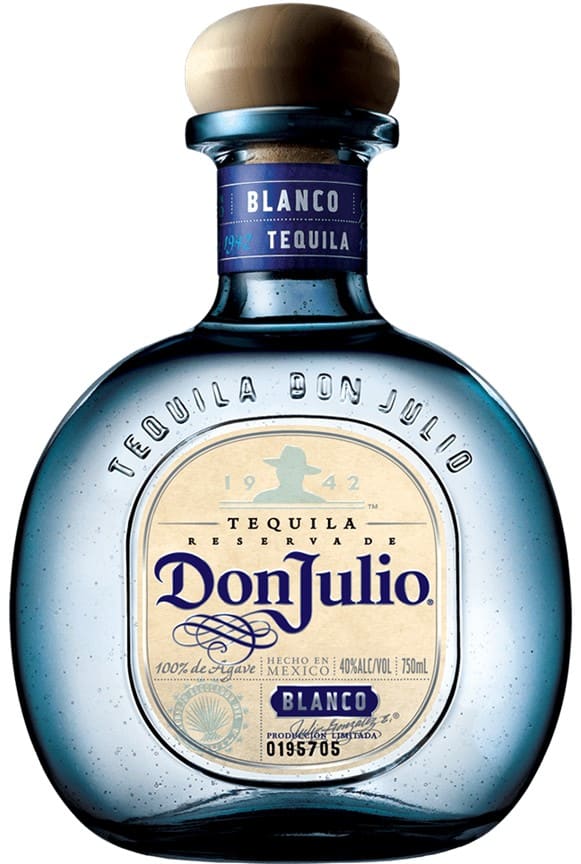 The Tequila Blanco has a bright agave flavor with hints of citrus and a light palette. Its finish is clean, dry, and has an undertone of black pepper and a faint flavor of freshly cut grass. 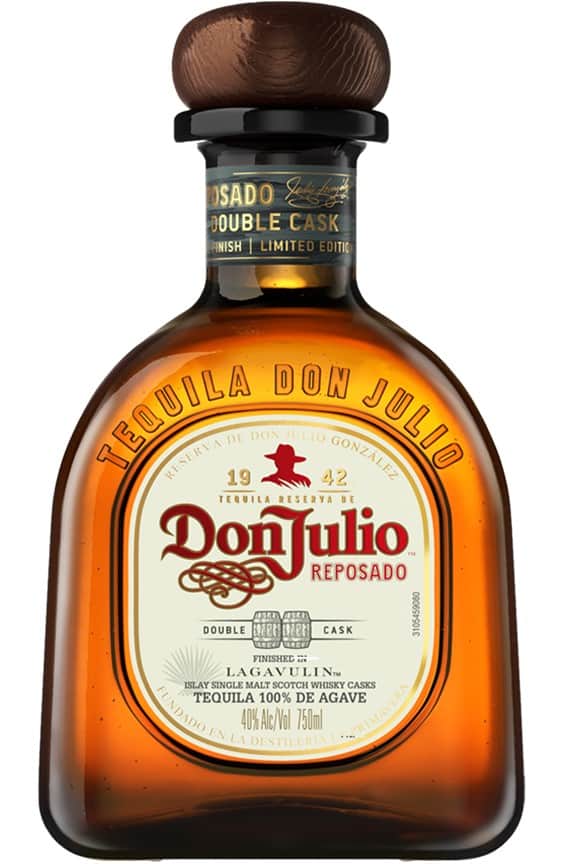 The Don Julio Double Cask Lagavulin Finish Reposado tequila was made in a limited edition. It was distilled in a collaboration between Colin Gordon, the Lagavulin Distillery, and the Don Julio Gonzalez tequila brand. Its double cask design is an impression of the original Reposado bottle that Don Julio is famous for.

The casks that held this tequila used to contain the most luxurious Lagavulin Islay Single Malt Scotch Whiskey, which is some of the most expensive whiskey in the world. The Don Julio tequila stored in its barrels can cost up to $249.99 per bottle.

For over 200 years, Lagavulin has been the name is luxury whiskey distilling. Their drinks are well-known for smokey, rich flavors in addition to flavors of deep oak, sherry, fruit, and a dash of spice. They’re all distilled on the windy Islay Isle in Scotland. 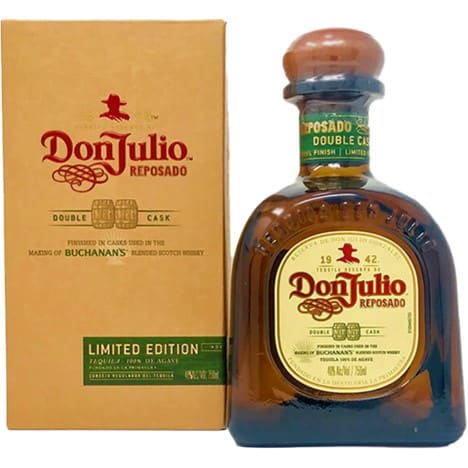 The Don Julio Buchanan’s Reposado Double Cask is a bottle of whiskey that originally contained Buchanan’s blended scotch whiskey, which is why the finished drink is named after both brands. To communicate the taste that comes from this heritage, this tequila was bottled in a short crystal decanter like a whiskey bottle.

It was made in a limited edition from 100% smooth luxury agave. This bottle of tequila can cost up to $299.99 online.

James Buchanan founded his Scotch whiskey brand in 1884 and took it from Scotland to London and then down to Latin America. The red lion crest on the bottles refers to the Buchanan Scottish insignia. The bottle was originally designed to mimic the British military’s water canteen. 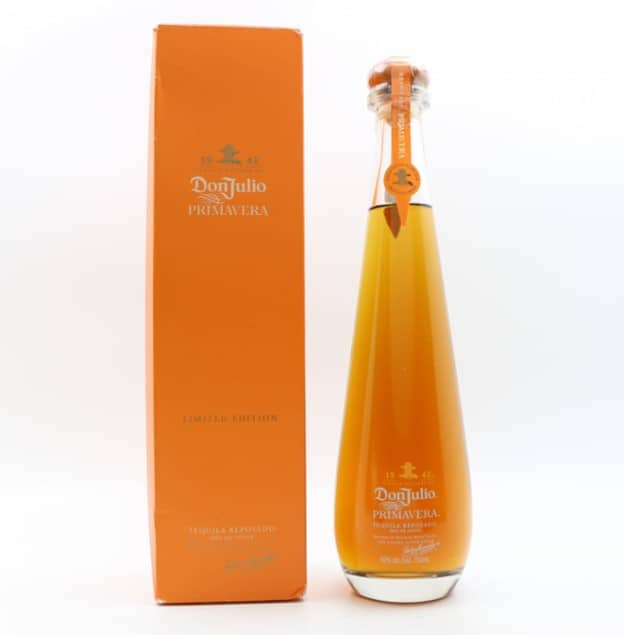 The Don Julio Primavera Limited Edition is a glass bottle that sparkles with orange glass, contained in a limited-edition orange box. The color is a reference to the orange wine casks that the tequila is stored in. These impart the tequila with a citrusy, bright finish.

This anniversary tequila, which was revived in the last couple of years, started as the brand’s Reposado tequila before being transferred to casks infused with wine that tasted like orange peel and honey. A bottle of this tequila can cost $584.40.

The taste of the tequila includes flavors of honey, agave, spice, and citrus, making it the perfect drink for a late summer evening. Don Julio recommends pairing this tequila with club soda and a cara cara orange wedge. 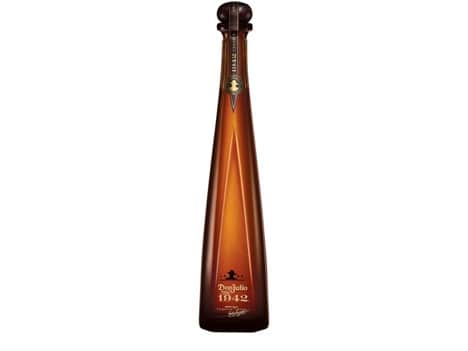 The Don Julio 1942 Anejo Tequila is a tall, amber-colored bottle made at the Tequila Don Julio SA de CV distillery in Jalisco, Mexico. It’s one of the brand’s longest-aged tequilas, stored for two years in luxury oak barrels. It was made to celebrate the 60th anniversary of Don Julio tequila.

The tequila has a rich caramel and chocolate nose, with a warm oak and vanilla palette accentuated by the bright taste of roasted agave. The finish of the tequila lingers for a long time on rich flavors of oak and vanilla. The bottle sells online for $699.99.

The Tequila Don Julio SA de CV tequila distillery lists itself as the “original handcrafted luxury premium tequila.” It’s the one that was founded by Don Julio in 1942 and eventually acquired by Diageo. 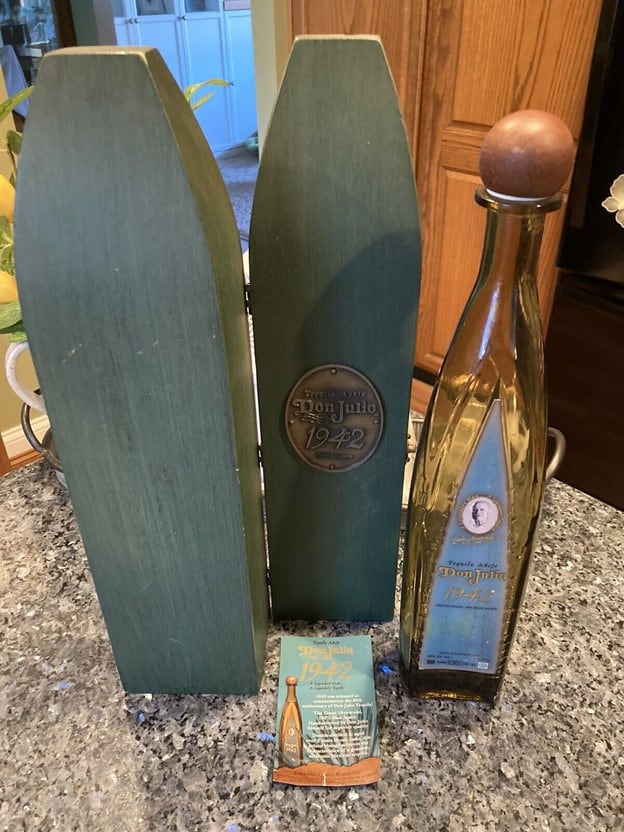 This Don Julio 1942 Tequila was bottled in green glass and stored in a now-iconic green wooden box. This box is known as “coffin style” and holds the bottle, which has a round wooden top, upright like a body. The box alone, complete with its metal clasp, can sell for up to $200.

With a bottle in unused condition and a clean coffin box, this tequila can sell at auctions for up to $810. A printed insert on the reverse side of the outer lid states that the Don Julio bottle was made in a limited edition and tailor-made for a unique mix of flavors using multiple rounds of storage in different oak barrels.

This tequila has a sweet, ripe aroma with flavors of agave, ripe apples, oak, and a smooth, vanilla finish. 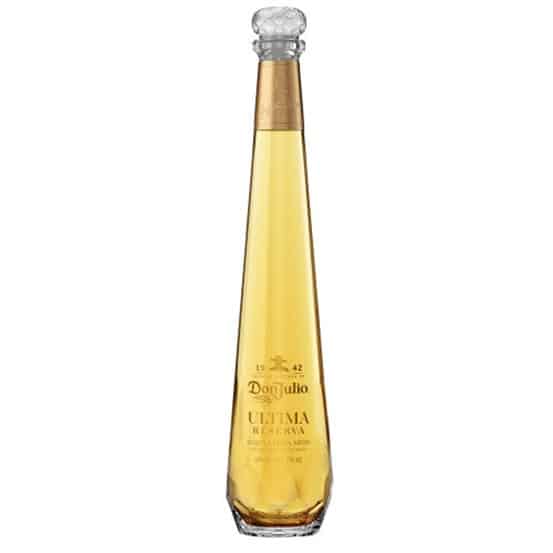 The Don Julio Ultima Reserva Extra Anejo Tequila is a premium tequila that was matured in oak casks that were originally used to store bourbon. After the tequila came out, it was then aged some more in barrels that used to contain Madeira wine. This tequila spends a total of 36 months in the barrel before being bottled and sold.

The result is this tall, 750ml bottle of yellow glass whose contents have a nose of toasted oak and an aroma of sweet caramel. The tequila’s palette favors fruity overtones like apricot, agave, and orange. The finish is like sweet honey and fruity spice. The bottle costs $1,099.99 on Cask Cartel.

Barrels that hold tequila after previously containing whiskey gain flavors of butterscotch, yam, agave, chocolate, and syrup. The mix of the sweet finish of bourbon with the fruity intensity of tequila is one of the things that makes this bottle special. 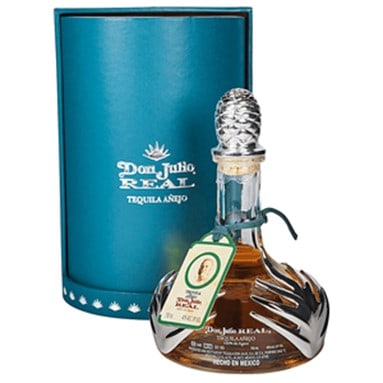 This Don Julio Real Anejo was aged for 3-5 years in barrels made from American white oak. It’s an 80-proof (40% ABV) tequila that represents some of the brand’s most famous work. Unlike traditional tequila, it’s bottled in a crystal decanter, featuring metal agave leaves reaching up the sides and a topper that looks like the core of the plant.

The nose of this tequila is a rich aroma with tones of agave. It has a vanilla-layered palette, laced with caramel, and tinged with tones of almond and chocolate. The total effect is pungent, sweet, and dessert-like, finished with sensuous vanilla and oak. This bottle of Don Julio Real Anejo retails for $1,599.99.

The decanter-style bottle of this tequila represents Don Julio’s breaking of tradition. Instead of designing iconic, tall tequila bottles, he based his original bottles more on crystal Scotch decanters like this one. 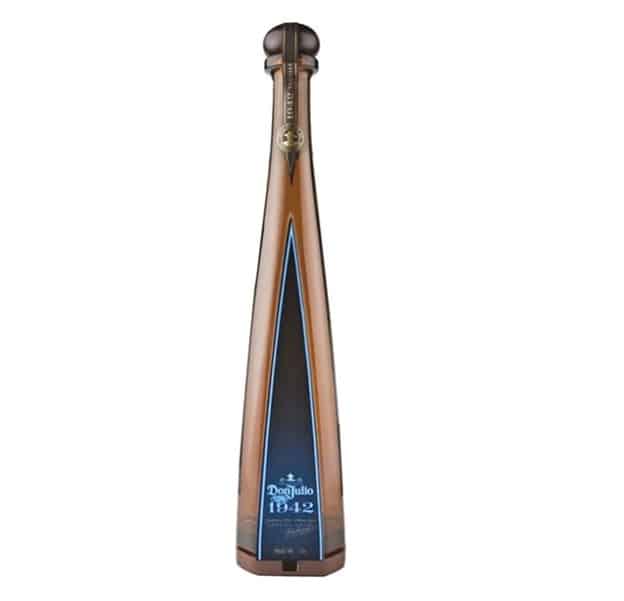 The most expensive Don Julio is the Don Julio 1942 Luminous Tequila. Like all the ultra-valuable early tequilas on this list, this bottle comes from the brand’s first batch back in 1942.

However, this bottle is particularly unique because of its “electroluminescent glow” that shows off the tequila in a Gold Amber and Agave Blue bottle.

This tequila was aged for a minimum of two and a half years, placed in a handcrafted bottle that tributes the year Don Julio Gonzalez began to make tequila for the first time. This bottle is 1.75L with an ABV of 40% and sells online for $1,998.99.

Gonzalez became a global force in tequila production practically overnight through a strict agave selection process that emphasized maturation and quality. He would then steam them in batches for 72 hours before using them to make his first run of ironic, 1942 tequila.