Say Peter Parker anywhere and people are bound to recognize the character, that is the power of Spiderman fan following. A beloved superhero, the Spiderman franchise has seen great success from comics to movies!

The comic books where it all started are collectible items today and highly coveted. Most of the comics’ value is not only according to how old they are but also if a certain comic release had a significant storyline, like an origin story of villains, special appearances of supporting character, or guest-starring other superheroes in the storyline. The cover art also added to the value.

Here are some of the most highly sought after comic book releases for the Amazing Spiderman series: 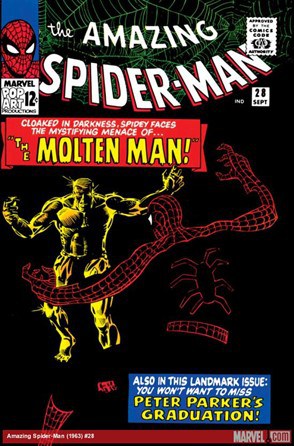 In this comic book issue we an appearance by the Molten Man. Molten Man is a much less rogue known in the Marvel universe however it does enjoy a certain fan base among the comic fans. A character Max Raxton gets coated by molten metal in an accident and which turns him into the Molten Man, the villain. Of course, he gets caught by Spiderman in the end. Another interesting event in this comic was Spider man’s graduation. 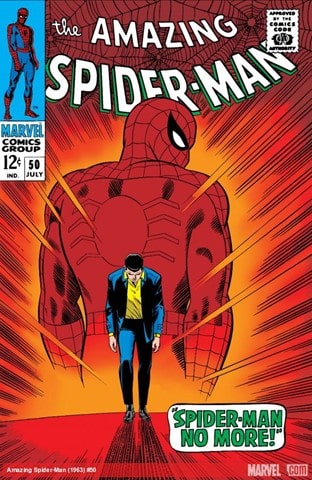 This one is super popular for its cover art alone! Illustrated and created by John Romita it shows a dejected Peter walking away from his role as a Spiderman. We all can expect that it doesn’t end like that. Peter reprises his role as Spiderman to keep honoring his Uncle Ben. 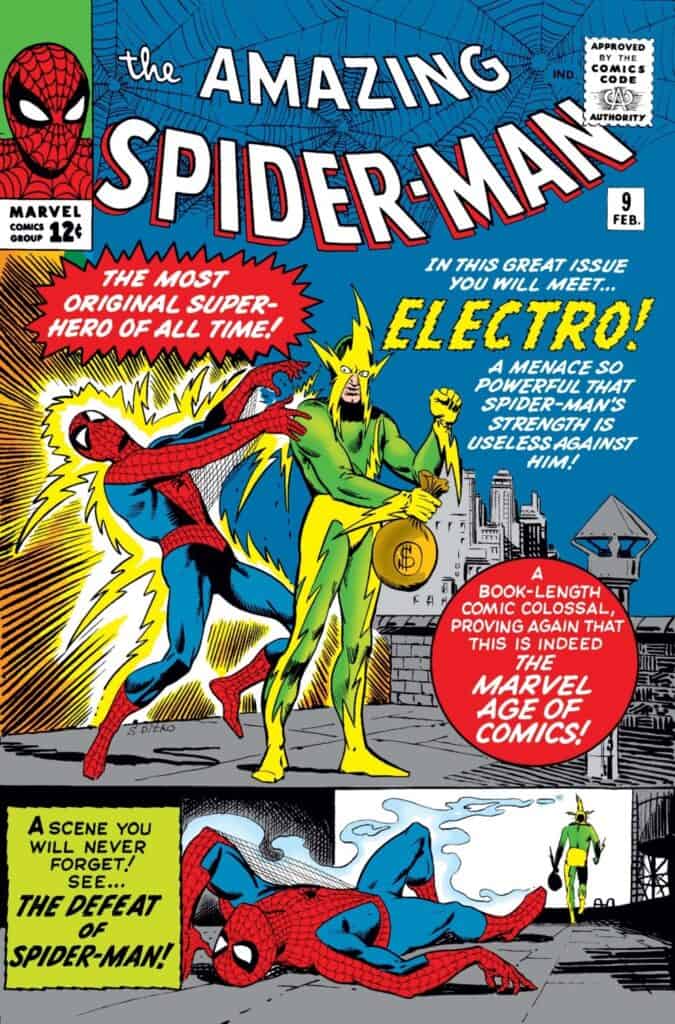 This issue is popular for introduction of Electro, you can find some old copies for this one but a rare mint condition can get you a handsome some. Electro is seemingly matching rival when it comes to other villains, he even defeats Spidey in the middle of its story line. Peter has to get his ‘geek’ on and use actual science to defeat Electro. 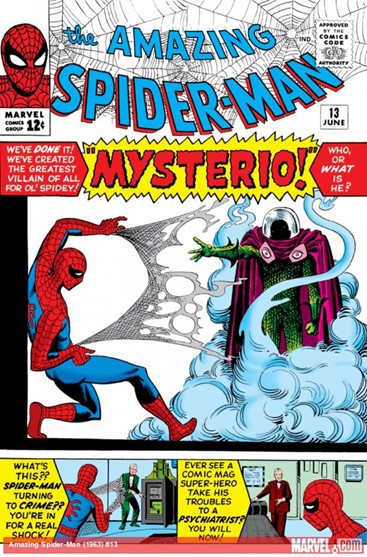 Amazing Spider-Man 13 became popular again possibly because of the movie 2019 Spiderman: Far From Home introduced Mysterio in its theatrical release. In this issue, Parker starts wondering if he has a personality disorder cause the news has been reporting robbery being committed in several places done by a wall-crawler, who turns out to be the Mysterio. 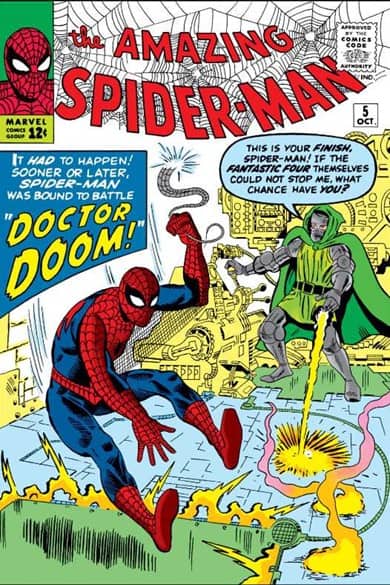 An episode that features Fantastic Fours, Spidey, and more! Issue no.5 is the storyline is about when Dr.Doom fresh from a fight against Fantastic Four hears of a rogue fellow, apparently Spiderman. He embarks on a journey to recruit Spiderman, however no surprise there things don’t go as plan. Spiderman refuses his offers and a fight ensues. Later on, Fantastic Four also joins in on the battle and the day is saved. 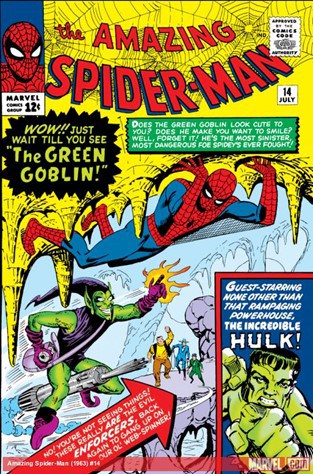 This one is truly treasured for the first appearance of Spiderman’s arch nemesis, none other than the Green Goblin. Goblin and Enforcers team up to fight against Spiderman by luring him to Los Angeles. Peter also finds Hulk to help him win this fight. 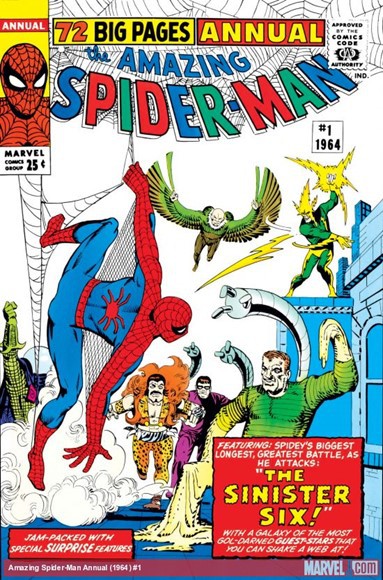 A rare issue hands down due to its plot and it being an annual issue! This one has the origin story of the Sinster Six and them banding together as a one team to fight Spidey. The comic is spread across 72 pages with Spiderman fighting through each vilian one page at a time. The annual issue also has special biographical pages on each villain and details on Spiderman power’s and tools. 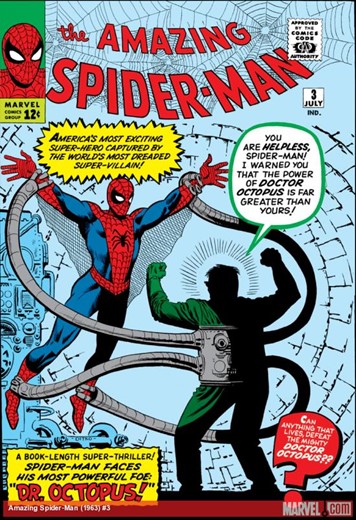 In this issue you get to meet Doctor Octopus! The cover alone sets the tone for the story to come. Spiderman once again has to use his nerd power to fight this villain. 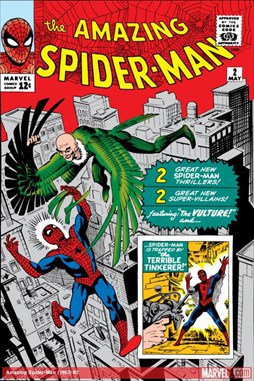 Another rare comic to find and of course, it’s highly prized for few reasons. Vulture, the villain was also a character featured in Spiderman: Homecoming the movie, and also by then Spiderman gets his book. The cover art to this day is appreciated for being one of the best by Steve Ditko.

Year: 1962
Worth: $1.1 Million
Milestone: Times before any villain was introduced 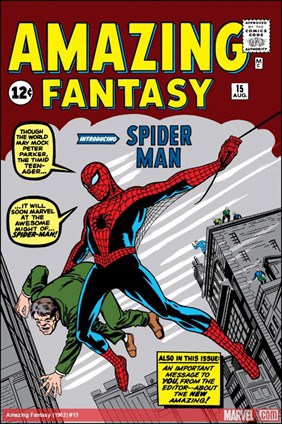 This issue is popular for it being a softer plotline and early days of Peter Parker. There are no villains, costumes, gadgets or guest starring characters in it. Spiderman fights to solve neighbourhood crime and cares for his Uncle Ben and Aunt May.  If you have a mint condition copy somewhere in your storage, you can be sitting on a $1.1 million asset!

Year: 1963
Worth: $1.35 Million
Milestone: Introduction of the Sandman

The issue no.4 introduces the villain the Sandman. It also shows Peter’s first lady crush Betty Brant, before Gwen Stacey or Mary Jane. The storyline is full twists and turns where Peter fights the Sandman, horribly fails at pursuing love and helps arrest some robbers. Today it’s worth a staggering 1.35 million dollars. 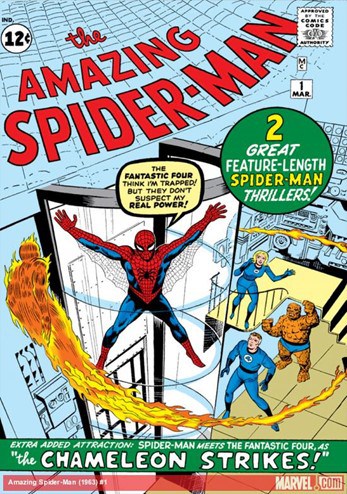 Worth a whooping $1.45 million dollars for a 9.8 rated condition comic book, this the issue that will go down to make history! Issue No.1 Volume 1 starts after the Amazing Fantasy No.15. The story line is about Jonah Jameson trying to corner Spiderman into the vigilante and someone the city doesn’t need. The issue also features appearances from Fantastic Four and the Chameleon.

The Amazing Spiderman Issue No.1, Vol.1 has to be the rarest Spiderman Comic.