If you were a 90s kid, you for sure have heard about them. Power Rangers were a household name, with kids being glued to their tv sets post-school to watch the latest episode of this show or collecting the latest toy that hits the market it was all the buzz. The American tv series became a pop culture phenomenon. The show was adapted from a Japanese series called Sentai. Up until 2001 Power Ranger has seen massive cult-like fandom, fast-selling merchandise, and multi-off spinning franchises, movies, and storylines.

The toys produced as merchandise were highly revered, with every kid asking for a special morphing belt, sword, figurine, etc for their birthday. Though these toys didn’t cost much than today they have become more of a collector’s item.

Here are some of the most coveted and highly valued Power Ranger toys: 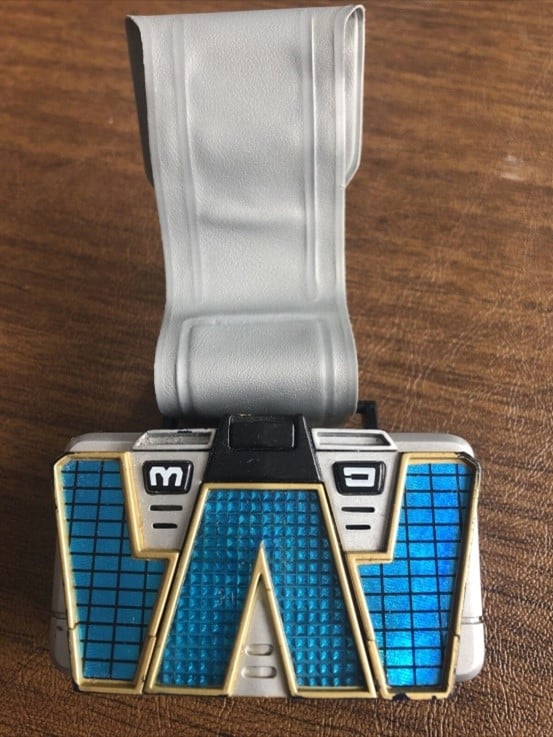 The toy is replicated form of Morpher. The character Ryan on the show uses this morphing belt to turn into a Titanium Ranger. The advanced prototype morphing mechanism is too dangerous for the other Lightspeed Rangers. No human can touch the circuitry either. 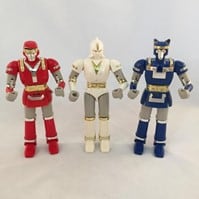 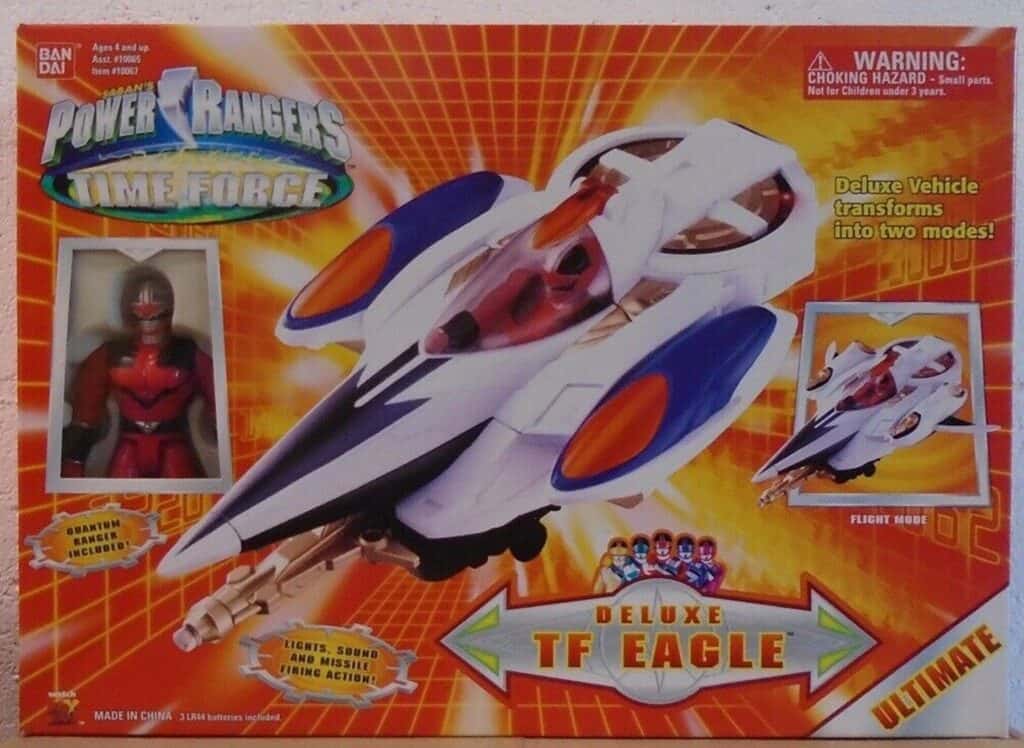 Another one on the wishlist of every kid! These were quite popular back in the day. The TF Eagle (Time Force Eagle) was Quantum Ranger’s vehicle of choice! Like the other Time Force vehicles it could fly and the best- travel through time. If you have one of these stashed in your attic it’s time to get it appraised. 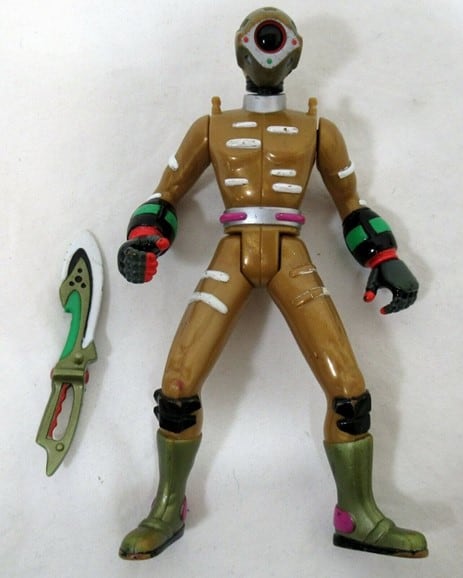 The Cyclobot figurine was quite popular for a villain/anti-hero figurine. This is major due to how they looked. The Cyclobots are foot soldiers of the army of Ransik. These cyclobots were used to wage battle against the Time Force Rangers and destroy the city. The figurines are eerie-looking alien soldiers with one eye and a sword gadget. 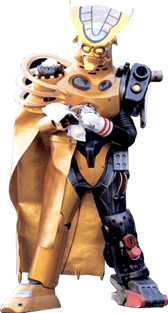 Another popular figurine collectible that is a villainous character is the Frax. Frax is an evil genius scientist who created Cyclobots. His name is Dr. Louis Fericks who later consumes the Cyclobots technology and recreates his entire body into a new robot, thus becoming Frax. This figurine in its mint condition is well sought after and some people are even willing to sell a separate hand or foot of this figurine. 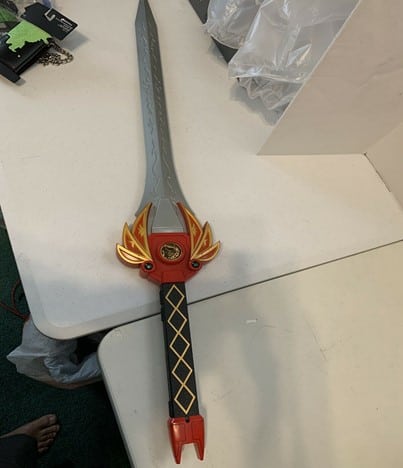 A legacy toy! This Power Sword used by Red Ranger is one the most coveted power tools/gadgets toy, admittedly all the Rangers had cool gadgets but the Red Ranger’s sword was a classic act of its own. The toy is replicated to be the exact match of the prop used in the shows. Its full scale and has meticulous details. The toy even has electrifying sound effects to set the complete scene. The toy is one of the rarest pieces of merchandise and truly a collector’s item for display. 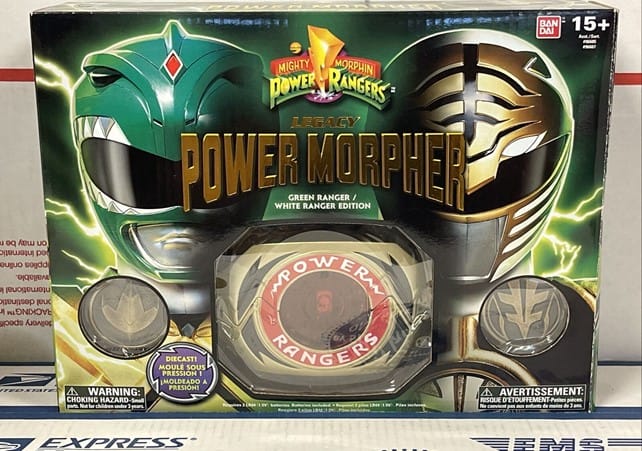 Another morphing belt! This one is special because it was for the Green/White Ranger. The Green/White ranger already appears quite less in the tv shows with limited roles. Hence the merchandise related to this character was always a tad special. Currently, the Morpher is valued at nearly half a grand. 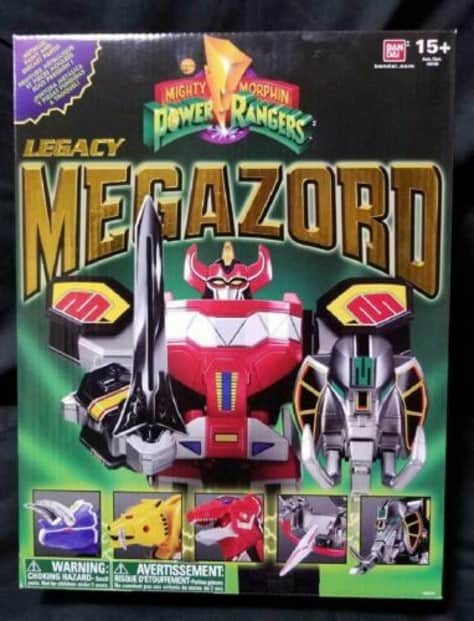 If you were a Power Ranger fan you would remember the morphing sequence when a battle was about to begin! How all individual robots the five Dinozords: Tyrannosaurus, Mastodon, Triceratops, Sabertooth Tiger, and Pterodactyl would transform in sync to become a Megazord! This special Power Ranger toy was exactly that, with individual transforming pieces coming together to make a Megazord. A true fan’s choice! 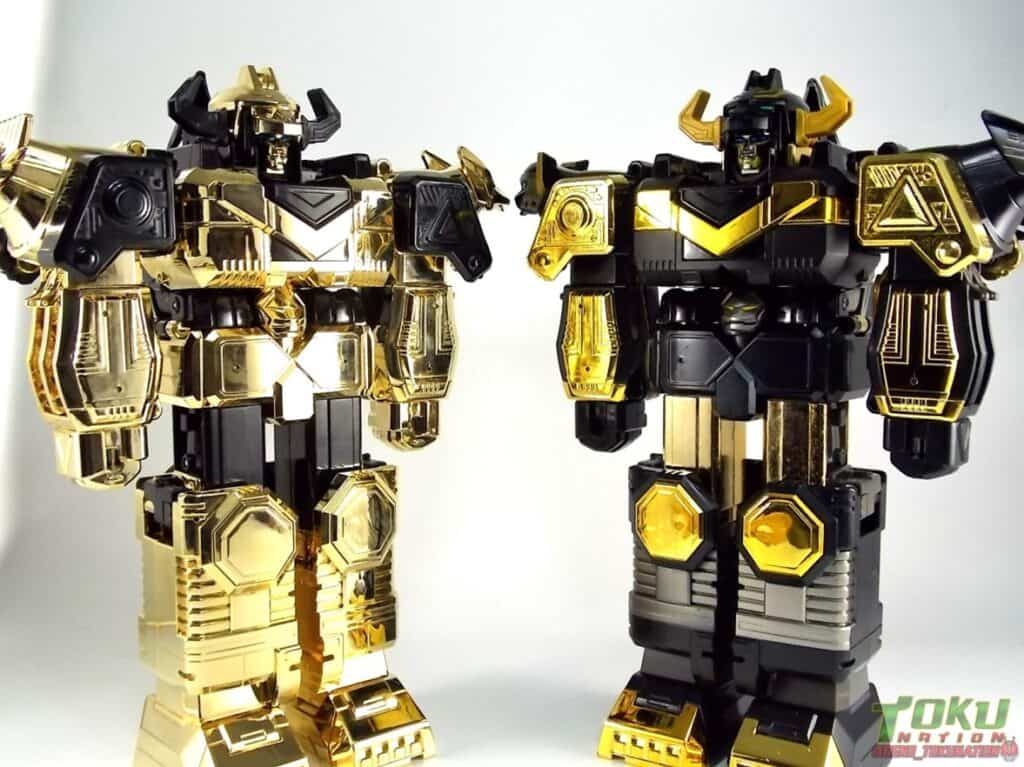 A special edition of course! A Megazord in all its glory!

Like the Megazord mentioned above, these too have individual robots that snap together using a peg mechanism and transform into a Megazord. It is almost a foot tall! The toy is coated in 14k gold and only 5 of these were ever made it seems. The Power Rangers Lost Galaxy Megazord figure features two potent weapons. The Galaxy Megazord Saber, a sword and a cannon, made from the Condor Galactazord.

Gold Lost Galaxy Megazord is the rarest and most expensive power ranger yet.