Skylanders, which was based on the Spyro the Dragon series from the 1990s, first came out in 2011 and quickly became a popular series. This popularity was fueled by the Skylanders figures, which are similar to the Nintendo Amiibo, and give players access to certain characters, items, and power ups in the Skylanders games. Of course, with any line of collectible figures/toys, some Skylanders are rarer than others. For the most part, the rarest Skylanders were employee or convention exclusives that were never available to the general public. Although the last Skylanders game came out in 2016, the figures are still widely collected through the resale marketplace and go for hundreds of dollars. 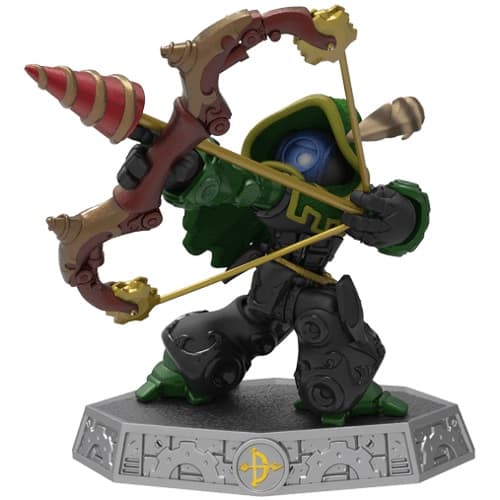 All of the Skylanders: Imaginators figures were difficult to find, but Ro-Bow was nearly impossible to get. Now, whenever Ro-Bow is listed for sale, the asking price is typically around $400 to $500!

Some of the other rare Skylanders: Imagintors figures include Pink Barbella, Clear Starcast, and Wild Storm. 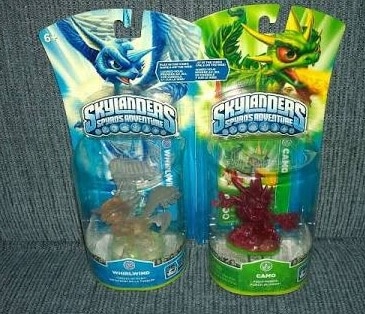 Although Red Camo and Crystal Clear Whirlwind were made for the special edition of Skylanders Battlegrounds for the LG TVs, the figures work for any Skylanders games.

Over the Summer of 2013, Skylanders released three very rare figures for the Skylanders: Giants game. These figures were the Metallic Purple Eye Brawl, Lightning Rod, and Wrecking Ball. Only 1,500 units of each figure were produced and released to various retailers. Skylanders collectors had to hunt down these Metallic Purple variants, which now sell for hundreds of dollars on eBay. 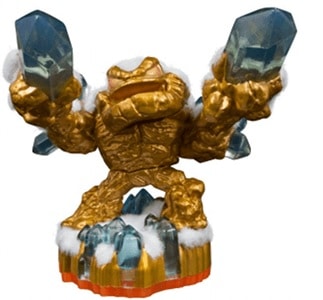 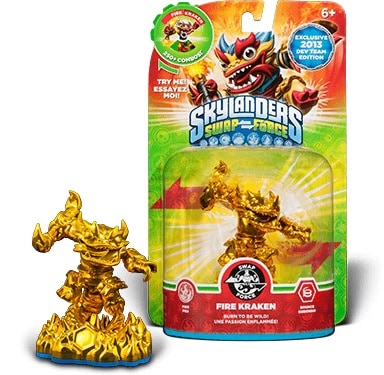 A few years after Frito-Lay did its first Sklanders promotion, the popular chip brand did it again with the Fire Bone Hot Dog giveaway. This time there were three color variants available of the same character. For the most part the Fire Bone Hot Dog figures looked the same and came in a translucent clear color, but the flames on the dog’s bone were different. A Green Flame, Purple Flame, and Red Flame variant was available.

The official rules of the contest stated that 5,856 Fire Bone Hot Dogs were produced, but there was no information about how that number would be broken down across each color. There were two ways to enter the giveaway; fans could either download the free Blippar app and scan the back of specially marked Frito-Lay variety packs or call a toll-free number. 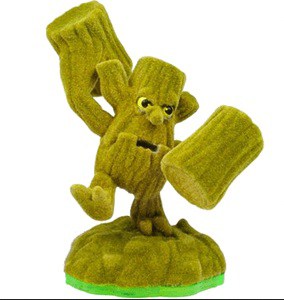 Initially, Activision and Frito-Lay did not promote the Flocked Stump Smash sweepstakes and fans only noticed the promotion on specially marked variety packs of Frito-Lay chips. 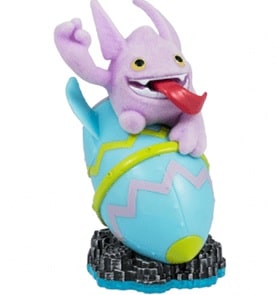 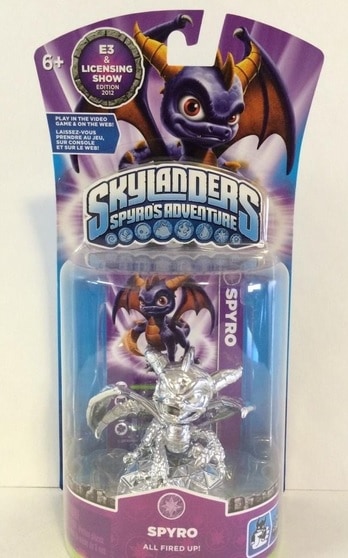 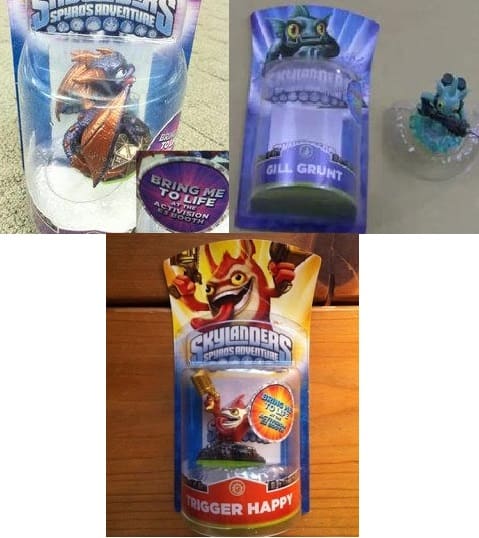 To drum up interest for a new reboot of the Spyro the Dragon franchise, in 2011, ahead of that year’s E3 (Electronic Entertainment Expo) event, Activision sent out the very first Skylanders figures – Spyro, Gill Grunt, and Trigger Happy – to journalists and media personalities that would be in attendance. While official numbers were never released, those who attended the E3 2011 and received the figures estimate that there were about 600 or less figures given out. This makes the E3 2011 Spyro, Gill Grunt, and Trigger Happy figures the rarest Skylanders of all time.

Each figure came in its own pack with a special sticker that said “Bring Me to Life at E3.” The actual Spyro, Gill Grunt, and Trigger Happy figures were identical to those released to the public later in the year, so only unsealed figures are valuable. Of course, this hasn’t stopped people from trying to sell their opened Series 1 Spyro, Gill Grunt, and Trigger Happy as the E3 exclusives.

Authentic E3 2011 Spyro, Grill Grunt, and Trigger Happy figures can’t be used with the regular Skylanders games because they had a special chip that only worked with the E3 demo portals.