Pokémon GO took the world by storm during the Summer of 2016 and while most of the world has moved on, there is still a solid group of dedicated players. These loyal Pokémon GO fans were rewarded in 2017 when Shiny Pokémon first appeared in the game with the release of Shiny Gyrados. Since then, Pokémon GO players have worked hard to capture the available Shinies. Unfortunately, there are a number of rare Shiny Pokémon that are typically only available during limited time events. Some of these rare Shinies have never appeared more than once, which makes collecting every Pokémon GO Shiny pretty impossible.

Honorable Mention: Pikachu in Any Hat 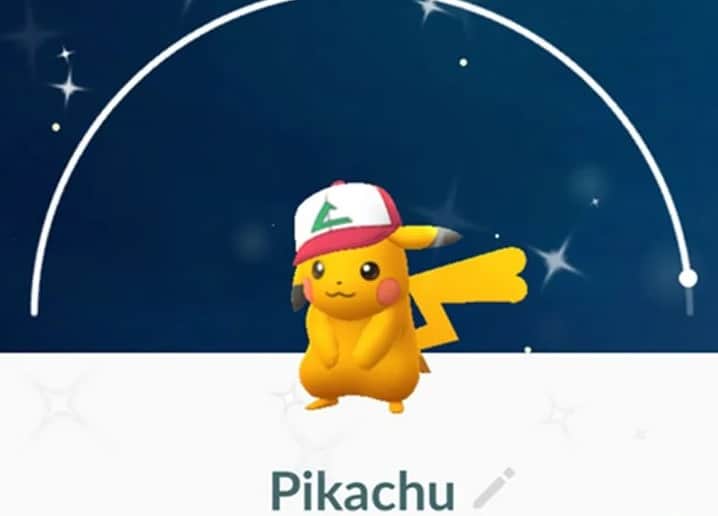 Pikachu decked out in a special hat is typically tied to some kind of limited time event in Pokémon GO, making any both the regular and Shiny hat-wearing Pikachus rare. In particular, the Shiny Ash Hat Pikachu and Shiny World Cap Pikachu are some of the rarest. Ash Hat Pikachus only showed up through photobombing the AR mode on April Fool’s Day in 2019. Initially, World Cap Pikachu for only one hour during October’s Spotlight Hour in 2020! While Ash Hat Pikachu never returned, World Cap Pikachu did come back for the Animation Week 2020 event. So, if you’re serious about catching all the Shinies that Pokémon GO has to offer, be on the lookout for any special events where costumed Pikachus will be available because you’ll only have a short window to catch a Shiny.

Lunatone and Solrock switch regions every year during solstice or equinox events.

The original starter Pokémon – Bulbasaur, Charmander, and Squirtle – are some of the most iconic and popular Pokémon ever, besides Pikachu. For Halloween 2019, Pokémon Go dressed up Bulbasaur, Charmander, and Squirtle for the first time. Bulbasaur donned a Shedninja costume, Charmander wore a Cubone costume, and Squirtle had a Yamask hat. During the event, from October 17 to November 1, 2019, Shiny versions of each of the costumed starters were also available. The costumed cuties returned for Halloween 2020, but it’s not a sure thing that they’ll return again in 2021. So players may have already missed out on nabbing the Shiny costumed starters.

Shiny Yamask also made its debut during the Halloween 2019 event. 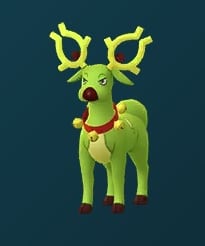 Pokémon GO loves making things special for players during holidays, so for Holiday 2019, they released Stantler decked out in bells like one of Santa’s reindeer. A Shiny version of the special Stantler was also released with a spawn rate of about 1.6%, which is typically the standard for Shinies during events. The Holiday 2019 event took place from December 24, 2019 to January 1, 2020, giving players a week to get a Shiny Stantler with bells. This Stantler did not appear again for the 2020 Holiday season.

Pichu is one of the most adorable and popular Pokémon in the whole franchise and Pokémon GO has made him even cuter by adorning him with a hat for special holiday/seasonal events. Since Pichu is a baby Pokémon, he can only be hatched through eggs, which makes getting a Shiny Pichu a pretty tedious process. On top of that, the hat-wearing Pichus are only available seasonally and if you miss out, there’s no guarantee that that particular hat style will return the next year. So if a player is serious about collecting all the Shinies, they’ll need to hatch as many eggs as possible during an event.

Non-Shiny Pichus in costume will evolve retaining their costumes.

Meltan is an interesting Pokémon that was released in Pokémon GO before any other game. This was the first time that Pokémon Go had an original Pokémon. Meltan was first released for Pokémon GO Community Day in 2018. Since then, Meltan has been made available in Pokémon Let’s Go, Pikachu! And Let’s Go Eevee!

Becasue Meltan is such a special Pokémon, it’s Shiny version is only available during very limited special events. Shiny Meltan made its debut on February 5, 2019 to celebrate Lunar New Year. It was only around until March 4th and then it was removed from Pokémon GO. So far, Meltan has only been available two other times.

In Pokémon GO Meltan evolves into Melmetal with 400 Meltan Candy. However, Meltan cannot evolve in the other Pokémon games.

Just two weeks after Shiny Unown debuted in Pokémon GO for the first time, Niantic released another set of Shiny Unown, this time the letters U, L, T, R, and A. They were available during Enigma Week of Pokémon GO Fest 2020, from August 7th to 14th. The Unown could be obtained through raids, which meant that Shinies were a bit harder to come by. The only way to guarantee a Shiny of each letter was to participate in as many raids as possible during the week. Like the Shiny Unown G and O, Shiny U, L, T, R, and A were removed from the game at the end of the week.

In general Unown (alphabet-like Pokémon) are some of the rarest Pokémon across the entire franchise. Although Pokémon GO has been out for a few years, the game had never released Shiny Unown until the 2020 Pokémon GO Fest. During the special event, which was virtual and took place globally because of the ongoing COVID-19 pandemic, Shiny Unown G and O were released for the first time. Pokémon GO Fest started at 10 AM local time on July 25, 2020 and lasted until 8 PM local time the next day. This was the only chance that players had to try and catch Shiny Unown G and O as they have since been removed from the game. So far, no one knows if there will be another opportunity to catch the elusive Pokémon.

Players were able to purchase special tickets for Pokémon GO Fest 2020 that gave them special perks, including increased spawn rate for Unown G and O with incense, which made increased the possibility of catching a few Shiny letters.

The Nidorino and Gengar Raid Day event was an homage the opening screen of Pokemon Red, Firered/Leafgreen that showed Gengar facing off against Nidorino.

Why It’s Rare: Only available through a glitch during Detective Pikachu Celebration
Release Date: May 7, 2019
Generation and Pokédex Number: Generation 1 #025
Appearance Rate: N/A 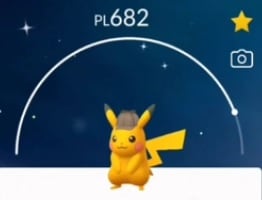 The only official Shinies released during the Detective Pikachu Celebration were Shiny Aipom and Shiny Ambipon.