Harry Potter wands have become a popular symbol of magic and power. These are a popular item in the fictional world of wizardry. These wands also vary in sizes and are sometimes decorated with runes or other symbols. Wands are used by wizards to cast spells, but witches can use them as well.

As the wand is also a tool for casting spells, its exact characteristics vary from the one who uses it. Keep in mind that the wands are not chosen by wizards or witches themselves, but in this fictional world of wizardry the wand chooses them.

It has been theorized that each wizard’s wand is made up of different types of wood and unique cores. Garrick Ollivander, a descendant from the famous Ollivander lineage of wand-makers, practiced using only three cores which are Unicorn Hair, Dragon Heartstring and Phoenix Feather.

On the other hand, there are many different types of wood used for wands, and each has its own unique properties. These woods are chosen for their magical properties.

Wood is an integral part of a wand because it is strong, durable and flexible. Wood provides a beautiful feel and an aesthetic look.

In this article, we will discuss the rarest Harry Potter wands in terms of its most essential component—wood. 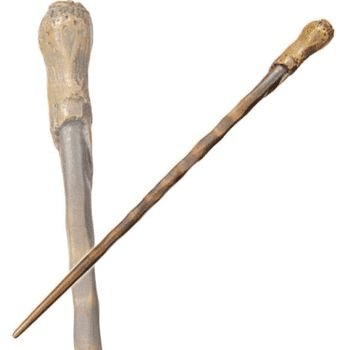 Willow wands are a magical kind of wand. They are used in the Harry Potter series to cast spells and bring forth magic. These wands are made of willow, which is a very flexible plant that grows easily in dry areas.

The wood from this type of tree was often used to make anything from furniture to boats because it is so strong and durable.

Willow wands have a core made up of thin branches that grow out from a central trunk. Willow wands are thin, with a tapered end that can be used for poking or flicking things with their tip.

This wand is also the first one that Harry Potter himself tried in the shop when he bought one for himself. However, this was not for him.

Its core usually produces wands with the strongest strength and that can cast the most elaborate spells. The heartstring-core willow wand is usually the easiest to turn toward the Dark Arts, though it won’t do it on its own. Due to its temperament, it is also the most prone to accidents of the three general cores.

Willow wands are believed to help their possessor in overcoming anxiety and fear. 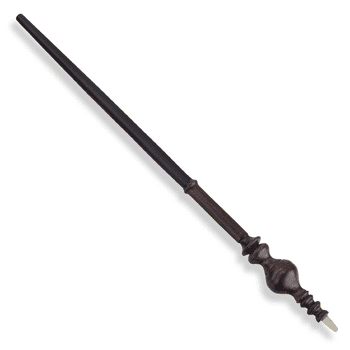 Fir wands are very well suited for transfiguration and favor users with a concentrated, strong-minded, and occasionally threatening demeanor.

When Professor McGonagall transformed into an Animagus and subsequently began instructing Hogwarts students in the subject of transfiguration, this wand later proved useful to her for transfiguration. It could also easily cast the Imperius Curse and other potent spells. 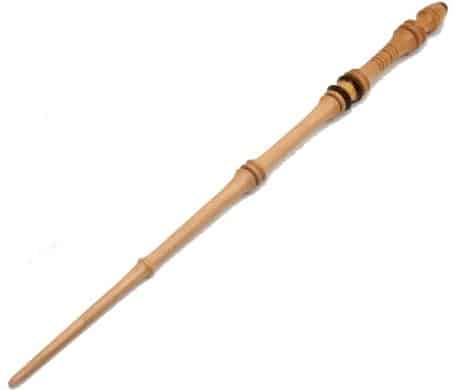 Elms are a symbol of a long and powerful lineage, thus it makes sense that wizards who take pride in their ancestry would want to use their wands. One such wand belongs to Lucius Malfoy and is eventually given to Lord Voldemort.

The main benefit of an elm wand is its ability to perform spells directly from the heart, rather than from the mind. This means that an elm wand can tap directly into the power of what it seeks and manifest it through magic instead of through thought alone.

This can make it easier to use magic in times where concentration might otherwise be difficult.

On the other hand, Elm unfortunately has a lot of bad connotations, especially ones related to illness and death. Elm trees are notorious to suddenly drop dead branches, and they were traditionally used to make coffins.

Many of these trees have been destroyed by Dutch elm disease, which has reduced a once-proud symbol to one of rot and death. This is reminiscent of Lucius Malfoy’s demise and implies that some of his ideas, like his treatment of Muggles, may not have been entirely accurate.

Elm produced the most exquisite charms and spells out of all wand woods, with the fewest accidents and big mistakes. 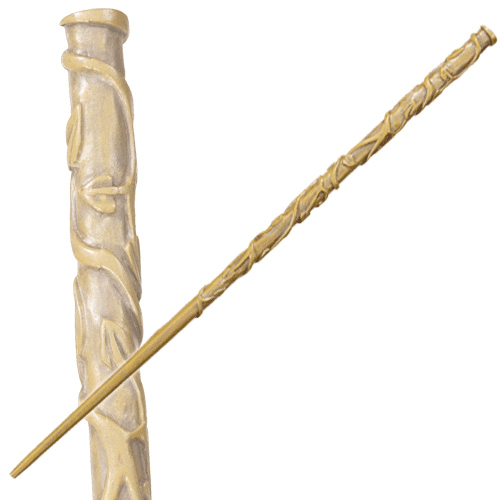 Vine wands are one of the less popular varieties and they carry on the druids’ long-standing norm of considering any plant with a woody stem to be a tree. When a chosen owner of the vine wand first enters Ollivander’s shop, the vine wand will rarely produce unique effects.

Those witches or wizards who pursue a higher goal, who have a vision beyond the ordinary, and who frequently surprise those who believe they know them best are almost invariably their owners.

Vine wands are discovered to be more sensitive than any other when it comes to rapidly detecting a potential match, and they appear to be greatly attracted by personalities with hidden depths. 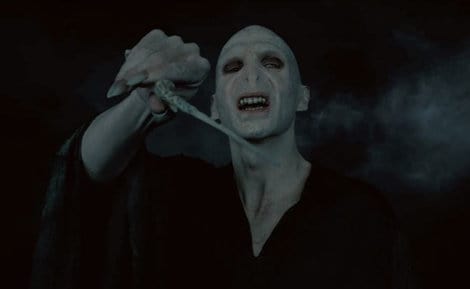 Yew wands are one of the more uncommon varieties, and their ideal partners are also uncommon and occasionally famous. Yew is a symbol of immortality and everlasting life. It also represents the cycle of life, death and rebirth, as well as strength and harmony.

This is why most wizards that are associated with this wand are believed to have the power over life and death. Yew wands are great for dueling and curses.

It has been found that Yew wands almost never welcome an owner who lacks bravery or expertise. Oddly, when buried with their mates, they have been known to develop into full-grown trees.

According to Ollivander, if your wand is unicorn hair, this core “usually delivers the most steady magic, and is least vulnerable to fluctuations and blockages.” They are typically the hardest to lure to the Dark Arts. The most devoted of all wands, they frequently stick with their original owner, regardless of whether that person was a great witch or wizard.

A unicorn hair core has a few minor drawbacks, including the fact that it does not produce the strongest wands (although the wand wood may make up for this) and that it is vulnerable to depression if treated improperly, which means that the hair may “die” and require replacement. 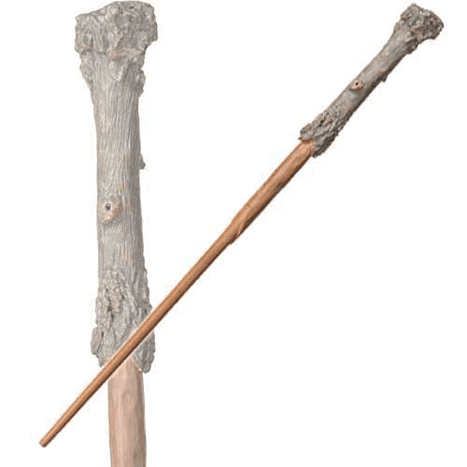 One of the more rare types of wand wood is holly, which is also regarded as protective wood. The traditional meanings of holly include great luck, wealth, and protection from evil. Holly wands also favor their users when they are on perilous, frequently spiritual, quests.

Even though it is challenging to combine Holly and Phoenix feathers, Harry Potter proved successful given his core was taken from Fawkes, Professor Dumbledore’s phoenix. Ollivander himself has also stated that the wands of Lord Voldemort and Harry Potter are identical.

They exhibit the most initiative, frequently acting independently, which is a trait that many witches and wizards detest. Because the creature from which they are derived is one of the most autonomous and unattached in the world, phoenix feather wands are always the pickiest when it comes to prospective owners.

Did You Know: Only Harry Potter is known to have a wand made of holly in the entire Harry Potter series, whether it be on paper or in a movie. 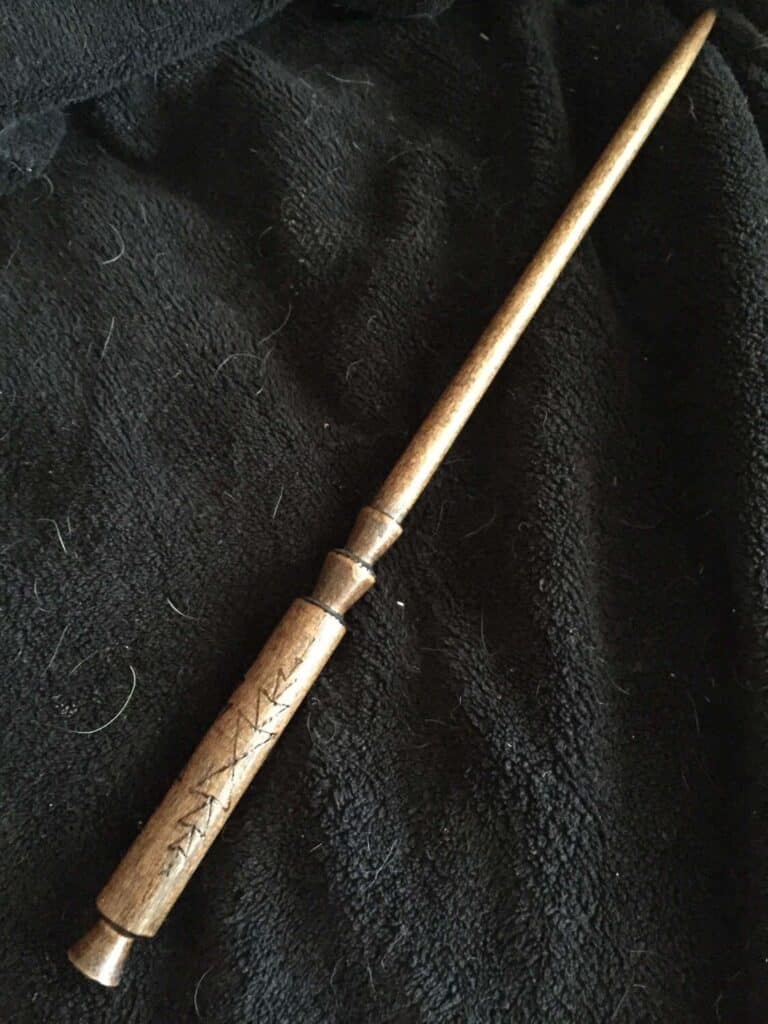 The grandfather of Garrick Ollivander, Gerbold Ollivander had a great saying, “If you seek integrity, search first among the poplars,” which he backed based on his knowledge of poplar wands and their owners.

It was believed to be a wand one could rely on, one of steadiness, power, and uniformity, always happiest when working with a witch or wizard with a distinct moral compass.

The feathers are very rare, and the process of creating a wand from them is extremely lengthy and complicated. 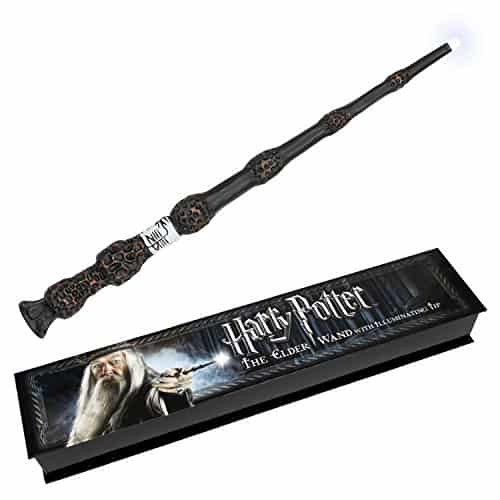 The Elder wand is the rarest wand in Harry Potter. Because of its difficulty to master, the Elder Wand, also known as the Deathstick, is the most powerful and coveted wand in all of the wizarding world. It is said to be capable of producing “the greatest magic ever seen.”

As long as it has acknowledged the wizard holding it as its master, it can defeat any wizard in a duel. Outside of battle, it is also capable of incredible feats of magic, such as fixing Harry’s wand against claims to the contrary from Mr. Ollivander, the wandmaker.

Historically, elder wood has been associated with bad luck, as the proverb “wand of elder, never prosper” states.

9 Most Expensive Hair Dryers Ever Sold