Non-profit foundations represent a major industry. In the United States alone, over 1.8 million nonprofits are registered, with nearly three quarters of them being public charities.

The world’s most powerful investors often take public foundations into their own hands by forming multi-billion-dollar conglomerates that either combine existing interests or create new initiatives.

These foundations make it their goal to fund programs based on stated philanthropic or academic missions.

Continue reading to learn about the 9 most expensive foundations in the world. By this, we mean that these are the foundations with the highest endowments, which is the amount of money they can collect, accumulate, and use for their chosen initiatives. 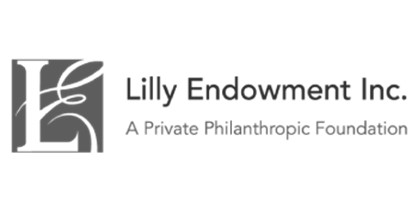 The Lilly Endowment has been around since 1937, making it one of the most venerated charity foundations in the United States in addition to being one of the most well-endowed. It was founded by Josiah K. Lilly Sr. and his two sons, Joe and Eli. The foundation is currently valued at $15.1 billion.

Its stated missions include youth ministry and community development. To those ends, the Lilly Endowment has created many grants in its long history, including The Youth Ministry Project in 1966, Programs for the Theological Exploration of Vocation, and the creation of various university branches, such as the College of Pharmacy at Manchester University.

The Lilly Endowment, like many of the foundations on this list, is a private family foundation distinct from the profiting-making divisions of the company that technically is a part of the same entity. In this case, the Eli Lilly and Company firm sells pharmaceuticals and has a different headquarters than the endowment. They are linked by stockholdings, but each organization has its own board of directors and executive committees.

The foundation is currently endowed with nearly $19.6 billion. Its initiatives include financially supporting education, public health, and independent media groups.

The European office of the OSF was in Budapest, Hungary until 2018 when Soros announced that it was moving to Berlin, Germany. The move was in response to Hungarian legislation that sought to restrict funding for the OSF’s initiatives.

The businessman-investor Azim Premji founded the eponymous Azim Premji Foundation in 2001. Its main mission involves improving education conditions in India, to which it has devoted billions of dollars. The organization, headquartered in Bangalore, is endowed with $21 billion.

In 2020, the foundation collaborated with the Institute for Stem Cell Science and Regenerative Medicine and the National Centre for Biological Sciences to further its goals. Premji was also the first Indian who Signed the Giving Pledge, Bill Gates’ initiative to recruit the world’s wealthiest people to donate to charitable causes.

Azim Premji is known as one of the 20 most powerful men and 100 most influential people in the world. In addition to being the founder-chairman of Azim Premji, he is also the chancellor of his self-named Azim Premji University in Bangalore. 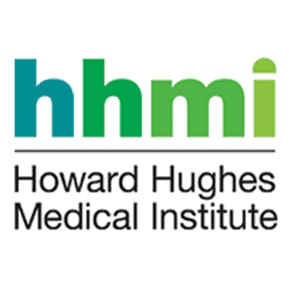 The Hughes Aircraft Company was founded in 1932 and was eventually dissolved of its engineering divisions and converted to this medical institute in Chevy Chase, Maryland.

The institute has moved its headquarters several times throughout its existence, relocating to Coconut Grove, Florida in the 70s, to Bethesda, Maryland in 1976, and its current location in Maryland in 1993. 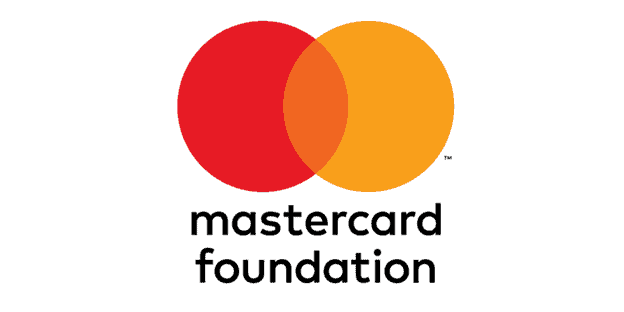 The Mastercard Foundation, headquartered in Toronto in Canada, does charity work in 49 countries around the world, spearheaded by the credit card giant. It was founded in 2006 and since 2018 has been focusing its efforts on Africa with its Young Africa Works campaign.

The foundation’s special focus is on creating programs designed to close disparities between economic, gender, and educational inequalities to improve economic conditions in struggling places. Its funding consists mostly of allocations from research institutes and other non-government/private enterprises.

The UN also funds aspects of the Mastercard Foundation through its United Nations Sustainable Development Group. The foundation is currently valued at $31.5 billion.

The CEO of the Mastercard Foundation, Reeta Roy, stated the foundation’s mission as making “the invisible visible.” To that end, its Young Africa Works strategy aims to give 30 million young people in Africa the chance at paying work by the target year of 2030. The foundation has so far donated half a billion dollars to the campaign. 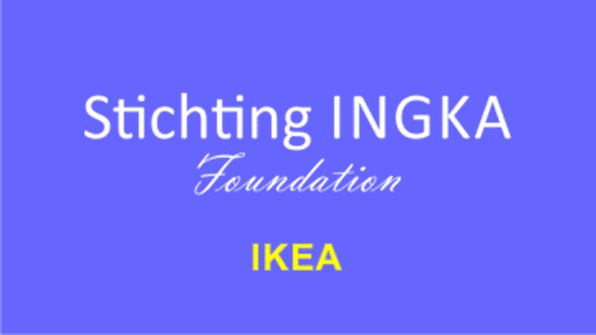 The Stichting INGKA Foundation was founded by Ingvar Kamprad in 1982 in Liechtenstein in the Netherlands. The INGKA name is a contraction of his name. The foundation was created to innovate architecture and interior design industries until more recently expanding to include philanthropy in children’s care in the third world.

Its value as of 2020 was $38.8 billion. A lot of its funding filters through the more tax-efficient donation programs of the IKEA Foundation.

“Stichting” is Dutch for “foundation.” This particular foundation partnered with the IKEA retailer, which has over 390 stores in 32 countries, to help provide low-cost home furnishings to those who need them but can’t usually afford them.

The Wellcome Trust was founded by Sir Henry Wellcome in 1936, making it the oldest foundation on this list. The health research foundation is based in London, chaired by Julia Gillard and directed by Dr. Jeremy Farrar. They are the largest non-government-funded scientific research institute in the UK as well as one of the largest in the world.

The Wellcome Trust consists of multiple buildings, in the Portland stone style adjoining a steel and glass building called the Gibbs Building, built by Hopkins Architects. The entire foundation is currently endowed with $35 billion.

The trust was originally founded to distribute the fortune of Sir Henry Wellcome, the pharmaceutical mogul. In 1995, the trust gave up its holdings in pharmaceuticals and by 2000 the drug division, GlaxoWellcome, had merged with SmithKline into the new plc, GlaxoSmithKline. 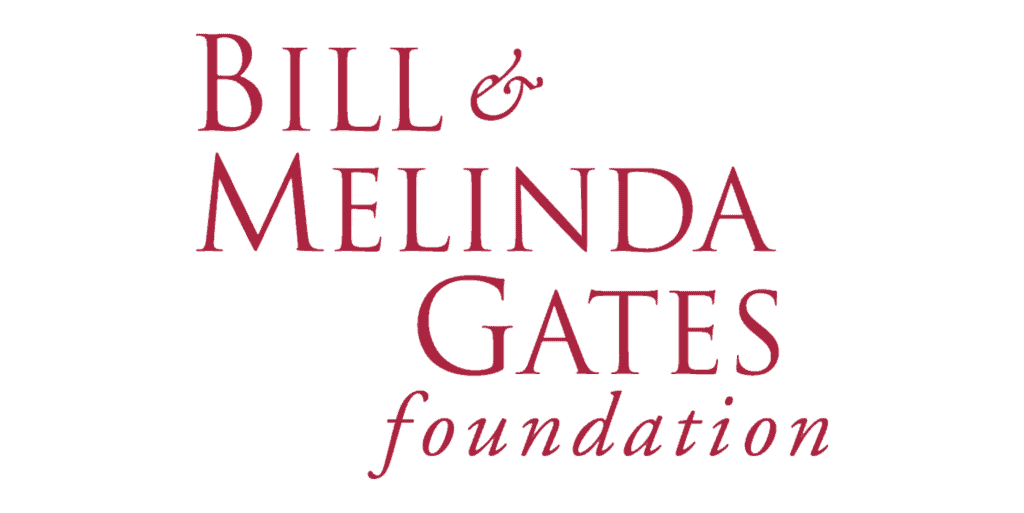 The foundation, created by the tech giant Bill Gates and his wife, Melinda, is one of the world’s leaders in venture philanthropy. Its key members include not only the Gates but Warren Buffett and Mark Suzman.

Venture philanthropy applies concepts from venture capital finance, which funds startups that are deemed to have high growth potential, to the practice of philanthropy. In other words, it invests huge amounts of capital into promising charity foundations rather than private business ventures. 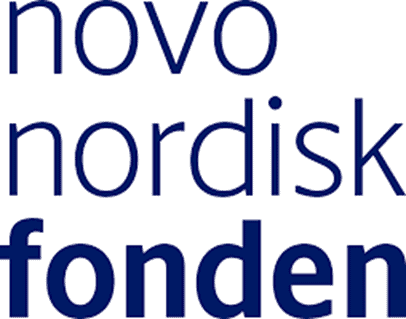 The most expensive foundation is the Novo Nordisk Foundation. This organization, based in Copenhagen in the Netherlands, has a current reported net worth of $73.1 billion. The foundation is focused on research and cutting-edge medical treatments.

Its main areas of interest are biomedicine and technology, for which it awards research grants, along with its grants in nursing and art history.

The foundation was founded in 1989 and is currently headquartered in Hellerup, Denmark. This was only its official consolidation date, however. Several medical foundations were merged throughout the 20th century until the ultimate result was the Novo Nordisk.

Novo Nordisk is privately owned and has been ever since August Krogh brought insulin production to the Nordic regions in 1922, which established many of the medical ventures that eventually coalesced into the Novo Nordisk Foundation.