Genshin Impact is an action-based roleplaying game that was launched in 2020. The game was developed and published by Shanghai-based Chinese video game company miHoYo.

The game is full of unique and powerful characters, and the list grows with each update released. In the game, players can randomly pull characters using their Wishes. However, all characters are not equally available.

However, the rarest Genshin Impact characters are those 5-start characters that are not available through general Wishes. These characters are released for a limited time, and players can obtain them only through event Wishes.

Here we have gatherec a list of the 8 rarest Genshin characters that are almost impossible to avail. 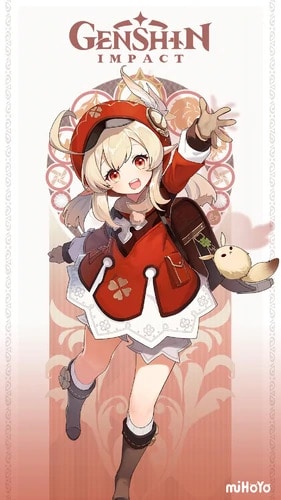 Klee was the second-ever banner released in Genshin Impact in version 1.0. She is a playable Pyro character who has a passion for fish blasting and making bombs. She is the daughter of Intrepid and Alice.

She is mischievous and arguably one of the cutest characters in the entire game.

She spreads happiness and loves to play with bombs. She is defined as “an explosive expert and a regular at the Knights of Favonius’ confinement room and is also known as “Fleeing Sunlight”.

Like her mother Alice, she also has an immense curiosity about everything, especially the bombs. That also lands her in trouble sometimes. However, she never intentionally causes any trouble; she does it either out of curiosity or by mistake.

Klee was featured with a drop-rate boost in 3 event wishes. 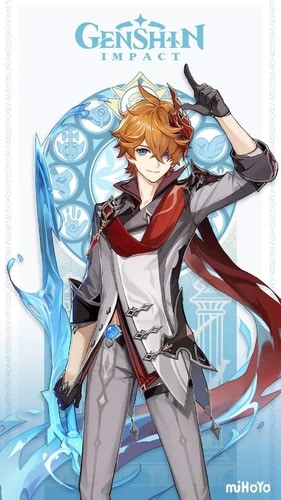 Tartaglia, better known as Chide, is a Hydro character, first released in Genshin 1.1. Since then, the character has been promoted with a drop-rate boost in 3 Event Wishes. He is the 11th Fatui Harbinger who always seeks challenges.

Although he is the youngest member, he is known to be extremely dangerous.

He is one of the most loved DPS characters who have the ability to switch between ranged attacks and Hybro-infused melee slashes.

Genshin Impact is one of the most expensive video games ever made. According to the developers, they spent $100 million to develop the game. 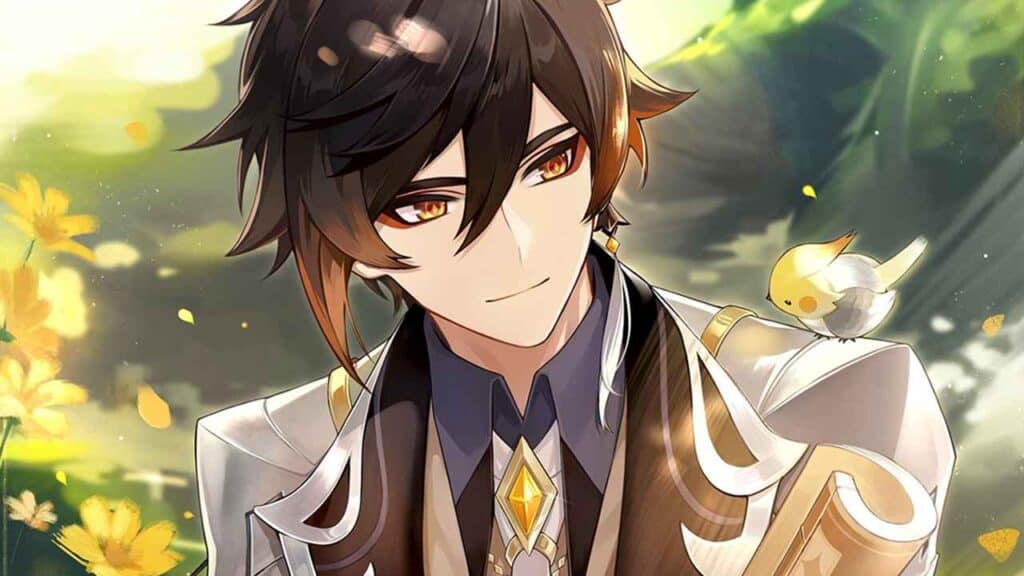 Zhongli is a playable Geo character who is also known by other names and titles such as Rex Lepis, The God of Contracts, and Morax. He has lived several millennia and created history.

He has an enormous shielding capability that enables him to protect his allies. He is calm, laid back, and extremely knowledgeable. He knows everything about the traditions and customs of Liyue.

Zhongli is an excellent support character, but with suitable weapons and artifacts, he can also be played in a DPS role.

Zhongli, who is 6000 years old, is the oldest playable character known to Teyvat. 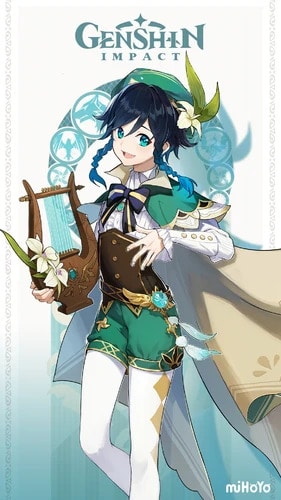 Venti is a rare Genshin character that was made available with a drop rate boost in 3 event wishes. It is the first playable character that players get after they start the game.

He can be found talking to Dvalin, but as soon as he gets the hint of a traveler’s presence, he disappears. Players can find him again as a bard below the statue of Anemo Archon in Mondstat city.

He is a free-spirited character who is either asleep or found drunk. The character description says Venti is “One of the many bards of Mondstadt, who freely wanders the city’s streets and alleys”.

He sleeps for years and appears when Mondstat faces a crisis. He prefers not to reveal his status unless it is required. Venti loves his wine and plays songs in exchange for wine.

After Act I of his story quest, it is revealed that one of his old friends died in the resistance, and Venti drinks to forget about him. 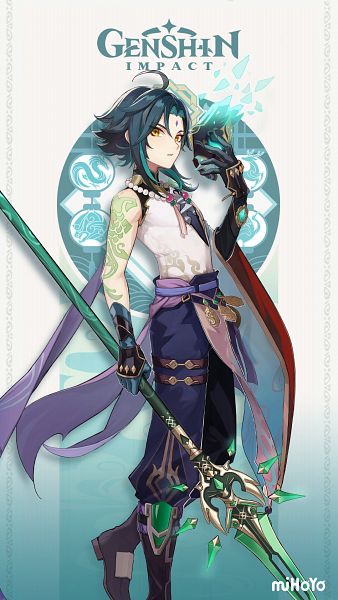 Xiao is one of the Adeptus who is responsible for guarding Liyue. Morax sent five Yakshas to dominate the demonic spirits that were affecting Liyue. Xiao is the sole surviving Yaksha among them.

Although Xiao has a youthful appearance, he is actually thousands of years old. He avoids social interactions and large crowds, mainly because of the nature of his work.

He spends most of his time in Wangshu Inn eating Almond Tofu.

Xiao is an Anemo Prolearm character who is able to deal with an incredible amount of Anemo damage using his elemental burst.

You can expect to receive gifts in the Genshin game on your birthdays. 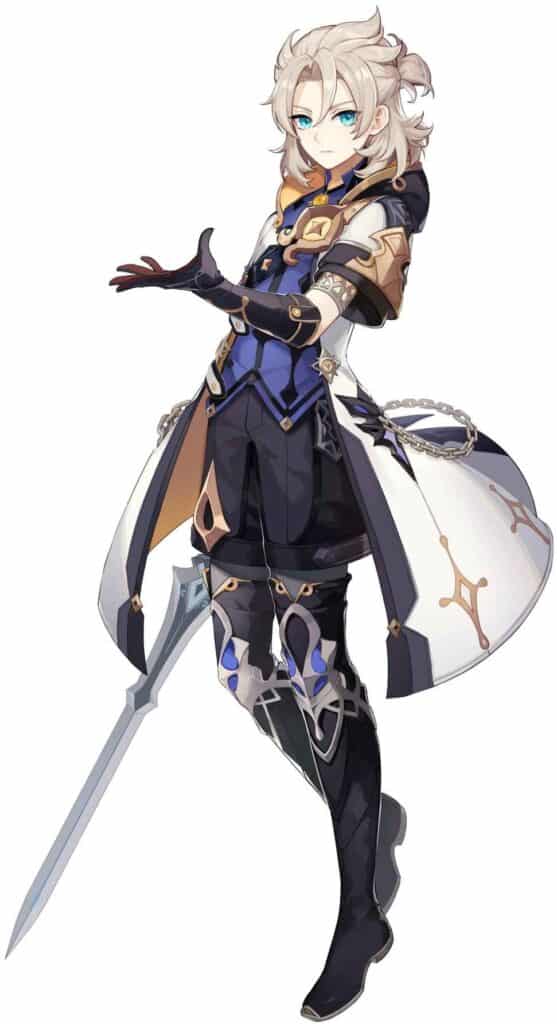 Albedo is a playable Geo character that was promoted with a drop-rate boost in 2 event wishes. He is a genius alchemist created by the alchemist Rhinedottir. Albedo is the captain as well as the chief alchemist of Knights of Favonius’s investigation team.

He is one of the most mysterious characters in the game with unknown potential. Albedo is a keen observer who has an infinite desire to know everything related to the world of Teyvat.

He prefers to avoid social interactions and doesn’t often appear in public. However, he is not a cold-hearted person and is earnest in all his dealings.

Albedo is also known as Kreideprinz. 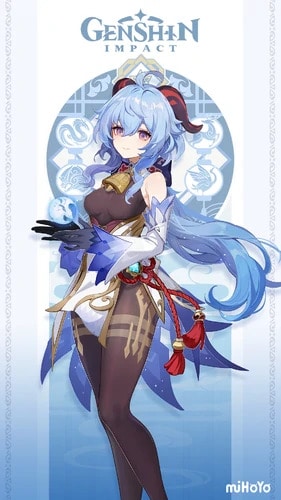 Ganyu is a Cryo archer who is part-human, part-Qilin. She is one of the best DPS characters in Genshin Impact, with the potential to cause massive amounts of damage.

Ganyu can always protect herself against any harm while damaging the enemy with her special AoE shots and massive field-wide Elemental Burst.

She is a very competent secretary of Liyue Oixing, serving them for centuries. She is humble, shy, and reserved and doesn’t like to talk about her talents.

She has a pair of striking black and red horns and powder blue hair. She wears a black bodysuit with detachable icy-blue sleeves and gloves and has purple-colored eyes with a golden hue.

Ganyu is insecure about her part-human, part-qilin heritage and wants to keep that a secret. So, when people mistake her horns as a part of her accessories, she doesn’t rectify it. 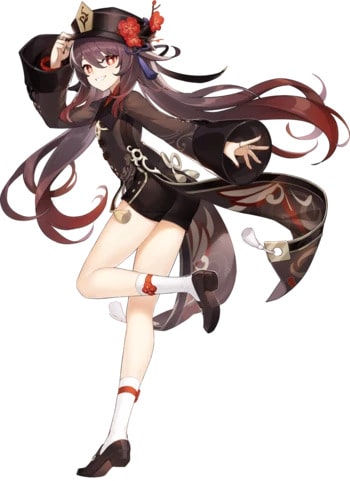 Hu Tao is another rare event-only character in Genshin that was made available twice. She is the director of the Wangsheng Funeral Parlor in Liyue.

She is a quirky and cheerful girl with an unorthodox approach toward death and supernatural events.

Hu Tao enjoys pulling pranks on others and hates being idle. She wants to live her life to the fullest. Due to her whimsical nature, at first, she may seem incompetent. However, when it comes to her job, she makes all the efforts to ensure all her client’s requests are fulfilled.

She also makes frequent trips to the funeral house in the middle of the night to make arrangements for the last rites.

Hu Tao gains stat boosts by sacrificing her own health and then regaining it with the help of her Elemental Burst.

10 Most Expensive Chef Knives You Can Buy

9 Most Expensive Meteorites Ever Sold