9 Most Expensive Meteorites Ever Sold

Asteroids are space-faring stones that revolve throughout the galaxy while meteors are those that enter the atmosphere of planets.

Meteorites are smaller chunks that either break off or shrink in the intense heat of entry, falling to earth as stones that weigh anything from a few ounces to over 1,000 pounds.

Meteorites can be very expensive due to their rarity. Continue reading to learn about the origin and composition of the 9 most expensive meteorites “out there.” 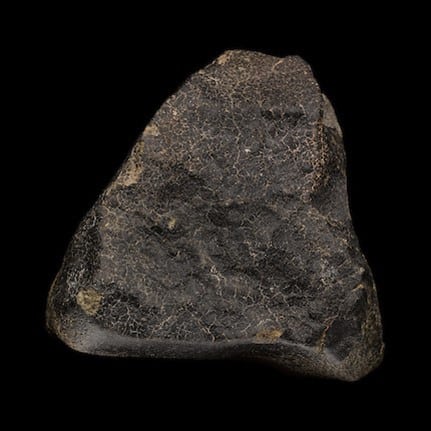 The Superb Main Mass – Individual is a meteorite that was found in the Sahara desert, uniquely made of Martian shergottite and chondrite.

It was discovered in its crater in 2018, and has a fused crust along the outside from the heat it sustained when it entered the atmosphere.

This meteorite only weighed 3.68 pounds, but its origins as a Martian shergottite drove up its value. Martian meteorites are identified by their isotopic composition, resulting from gasses trapped in the stone from Mars’ atmosphere. 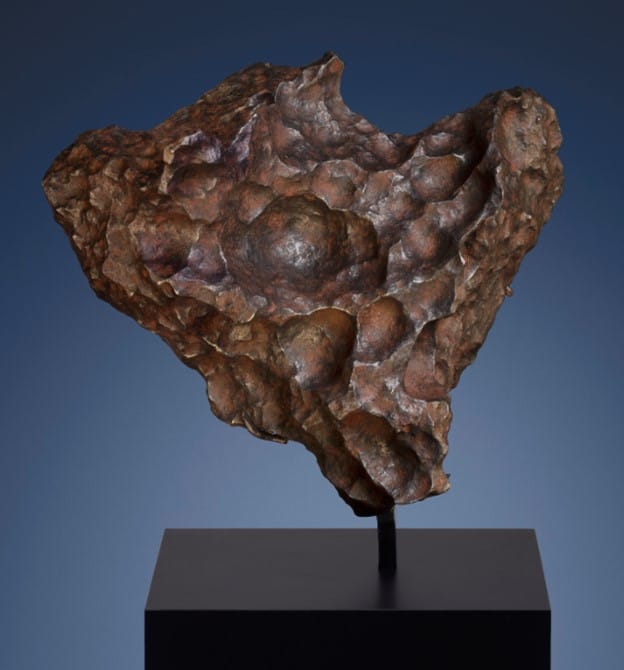 The Gibeon Meteorite is a fascinating looking stone, almost like it was formed in a sculpture. But the scoops in the surface are natural, formed from the stone’s time in the molten core of its original asteroid.

It was found in the Kalahari Desert in Namibia and is estimated to be about 4.5 billion years old.

Iron meteorites like this are crystalline, heated to 3,000 degrees on entry into earth’s atmosphere, which melts the surface. They then harden and reform in the elements for thousands of years. 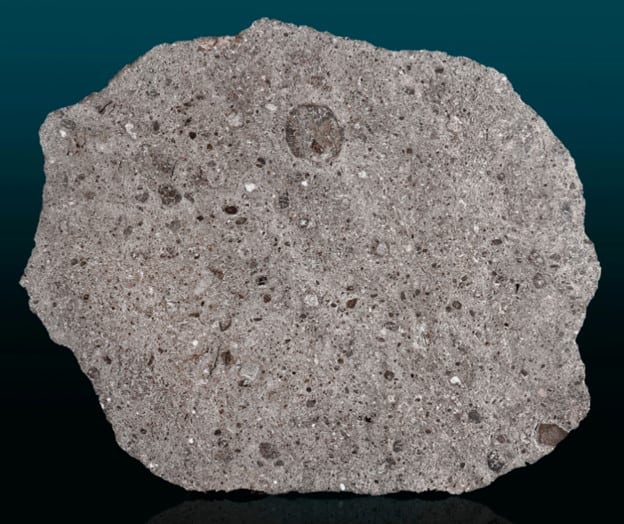 A large lunar meteorite known as Tisserlittine 001 sold at a Christie’s auction in February 2021 for $525,000. It is the 4th largest piece of the moon on earth and was discovered in Tisserlitine in Timbuktu in 2019.

46 of these stones were collected, with 44 of them being tiny. Only 2 were big enough to be notable, one of which weighed 88 pounds.

Its composition is, of course, the mineral composition of the surface of the moon: anorthite, pigeonite, augite, olivine, spinel troilite, and other trace elements.

The Apollo Missions have never brought back a stone this heavy.

Fewer than 750 kg of meteorites of the lunar surface exist on earth. 382 kg were brought back from the moon by astronauts, all of which is owned by the government or museums. It’s the remaining kilograms that are notable since anyone can own, buy, or sell them if they find them. 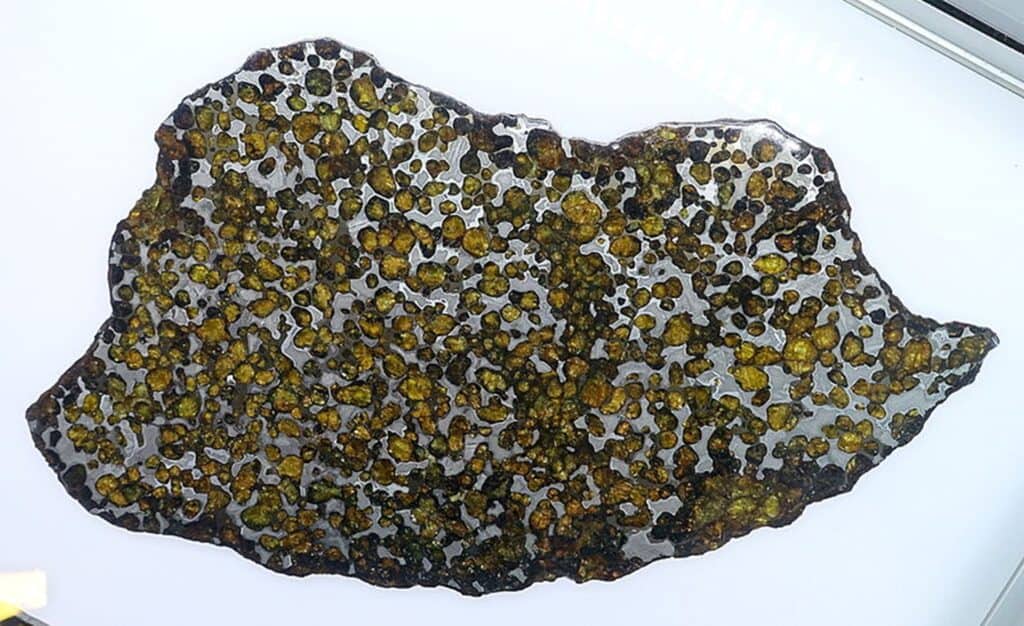 The Springwater Meteorite was found in Saskatchewan, Canada in 1931 near Springwater. It was found in three large chunks (or “masses”). The chunks weighed 85 pounds, 41 pounds, and 23 pounds.

There was also one discovered in 2009 that weighed 117 pounds that was never sold, instead donated to the Royal Ontario Museum.

This meteorite is a pallasite, made from previously molten iron, rich in metallic phases of kamacite and taenite, with olivine littered throughout the structure.

The mineral known as olivine is the main mineral element of earth’s surface. It is used in ultra-compressed forms as the gemstone, peridot, and in metalworking processes. In meteorites, olivine gives pallasites their unique yellow-specked, shiny surface. 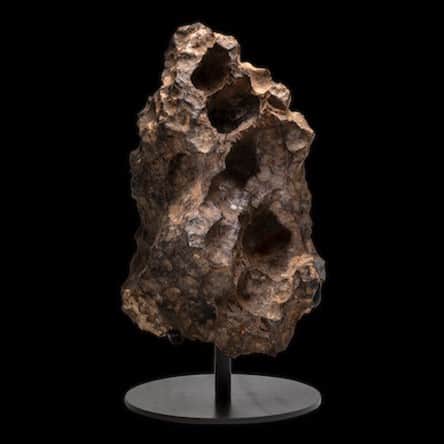 The main mass features many scoops and regmaglypts, which are gemology terms for those pits and loopy shapes in the main mass.

These are rare, created over millions of years of space travel while the stone was still part of the heavy metal molten core of an asteroid.

A part of the rock is on display at the Natural History Museum of London. The main mass that sold at Bonhams weighed 274 kg and had never been brushed or cleaned, preserving the authenticity of the stone.

Unlike most of the meteorites on this list, Bur-Abor fell recently. It was discovered in its recent crater in a family’s garden in Kenya on November 27, 1997. The fall was not witnessed, but it’s certainly one of the most recently fallen of the meteorites out there. 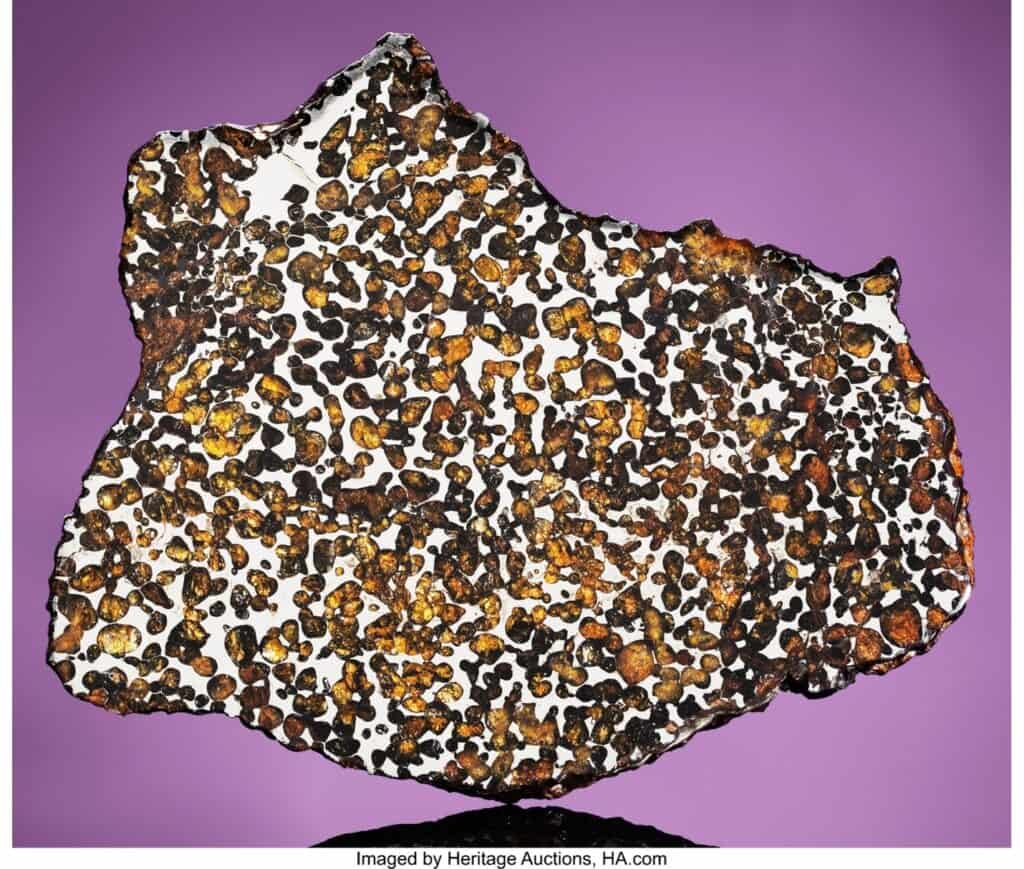 The Conception Junction Meteorite was found in 2006 near the town of the same name, which has a population of only 202 people.

A farmer found the rock buried in a hill and eventually discovered by way of geologists at Washington University, St. Louis that it was extremely rare, worth over $750,000.

The meteorite is iron pallasite of a particularly rare variety, especially for its weight at 37.5 pounds. Karl Aston, who discovered the rock, has donated a large portion of it to museums and universities, though chunks of it are still up for grabs.

Randy Korotev, the geochemist who identified the rock, has a term for what people bring him that he calls “meteorwrongs,” which are terrestrial rocks or sediment formations that look weird so people assume they must be extraterrestrial. Unfortunately for hopeful collectors, only 20 pallasite meteorites in total have ever been found in the United States. 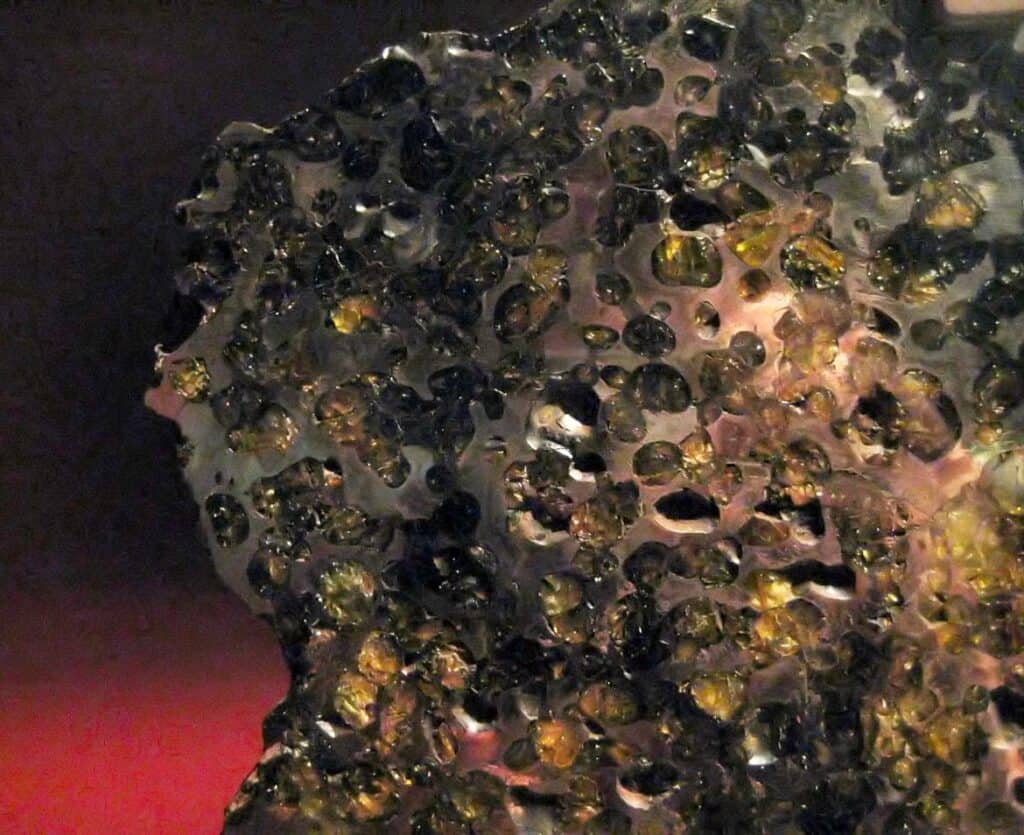 The Brenham meteorite fell to earth around 20,000 years ago and was found in Kiowa County, Kansas in 1882.

The stone is a pallasite, which many on this list are, formed of stony-iron. When cut, pallasites reveal shiny olivine (also known as peridot) crystals that have formed in the stone’s interior.

The meteorite was found near the Haviland Crater so is thought to be from the same meteor that made it. The main mass weighs 1,430 pounds and is valued at $934,680.32.

There are several specimens of Brenham meteorite in existence. The two main ones are this one, which is currently in a private collection in Texas, and a second that was named “The Space Wanderer,” which weighs 1,000 pounds and is on display in Greensburg Kansas at The Big Well.

At one time, 8,500 pounds of the Brenham meteorite were collected in one place at the Kansas Meteorite Museum. 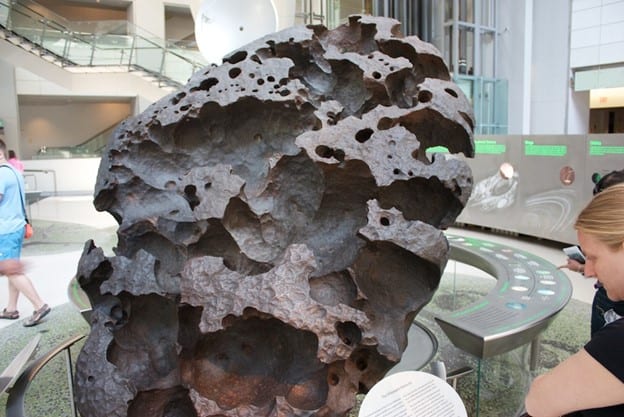 The Willamette Meteorite is a 15.5-ton meteorite made from iron in a medium octahedrite configuration. The meteorite has a smooth appearance due to its surface melting as it re-entered the atmosphere.

Asteroids with molten iron cores, like those of whatever the Willamette Meteorite came from, produce chunks like these when colliding with other asteroids, which exposes the core and creates the debris that can become a meteorite. This likely happened billions of years ago, though no one can say for sure.

Even the date that the fragment was found on earth is not well-known, though it was discovered in Clackamas County, Oregon.

It has been on display in the American Museum of Natural History in New York since 1906, currently valued at around $1.1-$1.3 million.

There are around 25,000 meteorites on earth, but only 600 of them are made of iron. Iron can only be created in space by fusing lighter elements within stars, which later shatter under the force of nuclear fusion, scattering elements like iron into space. They eventually accumulate gas and dust and form asteroids, like the one that the Willamette Meteorite is a piece of. 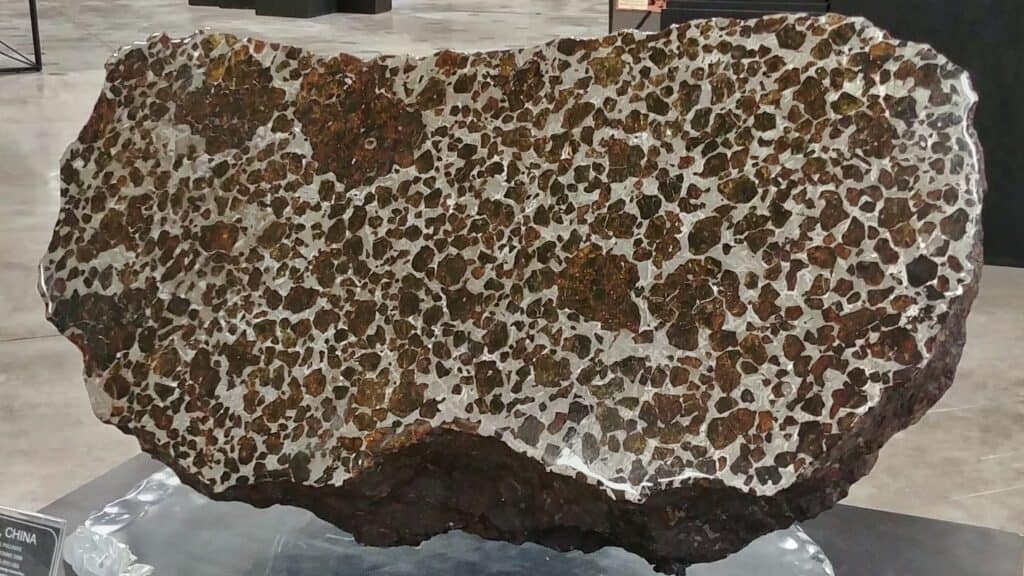 The most expensive meteorite is the Fukang meteorite.

It was found in 2000 in the mountains, a type of meteorite known as a pallasite, made from stony-iron with crystal formations of olivine or magnesium iron silicate. They are arranged in what is called a nickel-iron matrix.

The meteorite is 4.5 billion years old, meaning it is a stone that hit the earth that is about as old as the earth itself. After it was found in China, it weighed 2,211 pounds.

A Chinese dealer removed a 44-pound chunk from it and showed it at the Tucson Gem and Mineral Show. This was when the meteorite began to be investigated and is now considered the rarest and oldest of all meteorites.

The most expensive chunk of it was valued at over $1.77 million.

A Bonhams auction attempted to sell the main mass of the meteorite in 2008 for $2 million, but the lot was unsold. This included an area of the stone that was polished or “windowed,” providing a view of the gem areas within the meteorite.

10 Most Expensive Snakes You Can Own