Blooket is one of the popular websites today, created as a fun trivia tool that helps educators and students “level up classroom engagement”.

Created as a classroom review game, Blooket allows teachers to host a game of their choice, picking the right question sets for their students to answer themselves. But the website is also free-to-use for those eager for knowledge.

While playing games, students guess the correct answers, receiving different points which allow them to buy and sell character types called Blooks. A blook is a small animal, object, or person used as the player’s icon or the enemies in the games.

You can buy many different Blook characters from various Box sets or get awarded by winning tournament events.

Each Blook is categorized by special rarity, from those common ones that you get by default to those called Mysticals, which are the highest rarity in the game, almost impossible to achieve.

Blooks from Chroma and Legendary Rarity are also hard to find.

We have gathered a list of the most valuable and rarest Blooks you would need a lot of work and tokens to get!

The Lovely Frog blook is a Chroma Rarity Blook available only during Valentine’s Day for 500 tokens. It was first introduced and sold on Valentine’s Day in 2022, unlocked only through the Lovely Box.

This Frog is one of a kind because it might not be available next Valentine’s Day, or ever again.

The Lucky Frog is another Chroma Rarity Blook in the same category. This lime-green Frog was available only on St. Patrick’s Day on March 17th, 2022. While Lovely Frog has a heart on its body, Lucky Frog has a four-leaved clover.

Both blooks are featured in Fishing Frenzy game mode.

Lovely Frog is a recolor of the Uncommon Rarity Blook The Frog available through Aquatic Box, usually sold for five tokens. This Frog blook has many different versions, including the Spring Frog, available only for two days in April, and the unobtainable Poison Dart Frog. 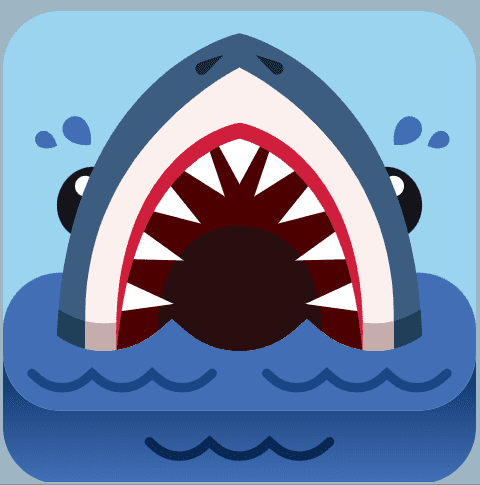 The hardest blook to achieve from the Legendary Blook Rarity is a shark blook named Megalodon. It is not available by default, and the only way to get it is through unlocking the Aquatic Box. It is featured in Fishing Frenzy game mode, and you can also sell it for 250 tokens.

With a 0.2% chance of getting it, Megalodon is the rarest blook out of the two legendaries, the second being Baby Shark blook.

Baby Shark is one of the most sought-after blooks due to its adorable appearance.

This is the only Legendary blook that sells for that much, as the others require 200 tokens. King of Hearts, Mega Bot, and Tyrannosaurus Rex blooks are next in line with a 0.3% chance of achieving it from Box sets. 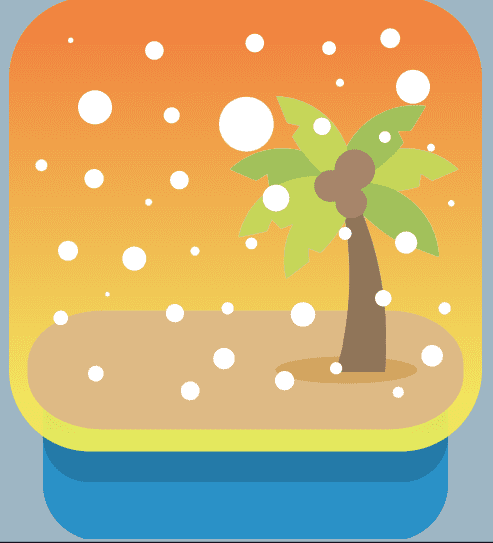 The Tropical Globe is the hardest blook to get from the Blizzard Box, as it has a 0.02% chance of players obtaining it from random box pulling. It is not featured in any of the game modes, but you would need a lot of tokens to buy it, as it does not come as a reward in any event.

The Blizzard Box is a limited-time box available only during December and March every year. It contains ten blooks, which you can buy for 25 tokens. Santa Claus, Frost Wreath, and Tropical Globe are the rarest blooks from this collection. 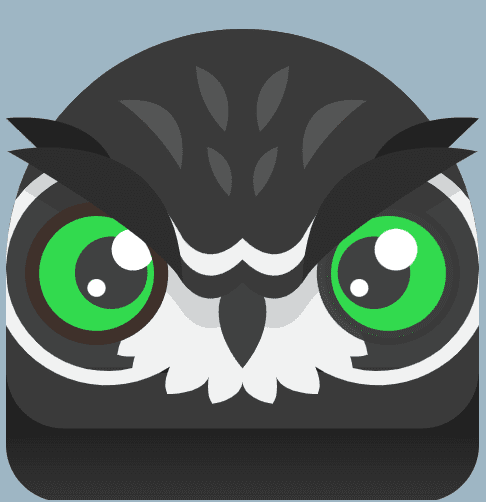 Agent Owl is a Chroma rarity Blook that you cannot achieve by default. Awarded to the top 25 in the Potions Of Pix’ahlia Event and featured in the Tower Defense game, where you answer questions designed to protect you from evil books.

Agent Owl blook is similar to the common blook Owl that you can get by default in games. You cannot sell this common Owl like you could Agent Owl for 300 tokens. The final upgrade of Owl blook in the Tower Defense game is this rare Agent Owl with its maximum power.

As the final upgrade of Tower Defense, Agent Owl takes off 25% of health from the enemy in each attack. The most powerful towers you can play in the Tower Defense game are the Unicorn and Dragon towers.

The Rainbow Astronaut is one of the four Mystical Rarity Blooks that cannot be achieved in other ways but by winning in different events. With this colorful Astronaut that changes colors, Tiger Zebra and White Peacock blooks are awarded to the top clubs in the game too.

The color-changing Astronaut was the grand prize to the top club called “The Preeminent” in the Legendary Universal Never-before-Seen Championships of Hockey (LUNCH) Event, which usually takes place in March of every year.

This blook changes hues from the original red color to different shades of purple, yellow, blue, green, and orange. The Rainbow Astronaut is made originally by the creators of Blooket, Tom and Ben Stewart. 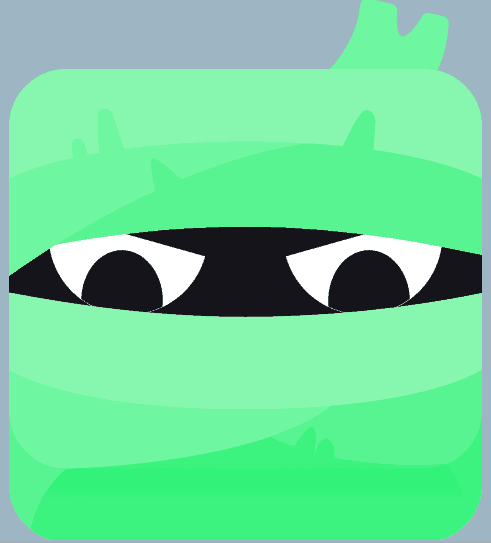 The Spooky Mummy is a Chroma rarity Blook that you cannot get while playing different games. The top five players of Context of Candy Event in 2020 and the top ten players of the said game in 2021 were awarded this rare blook.

This blook is not featured in any of the game modes. It resembles a Rare Mummy blook unlocked through the Spooky Box of blooks, available only during Halloween. While Mummy blook sells for 20 tokens, Spooky Mummy holds a price of 300 tokens if you wish to sell it.

Mummy blook in cream color featured in a Candy Quest game mode has a 10.5% chance of finding it upon opening boxes. But it is still a rare blook that you cannot have by default. 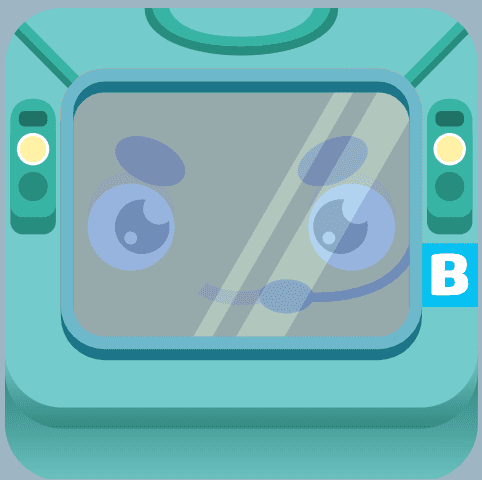 The Cyan Astronaut is one of the two rarest Astronaut Blooks you can win and one of the eleven colored astronauts of the Chroma Rarity.

This unique Astronaut has been rewarded to the top 10 finishers of the Pokémon Are Cool Game Event.

The drop rate of this blook is not known, as it is counted as a reward only, not featured in any game mods either. Both Cyan and Lime Astronaut blooks had been released for almost seven months before being included in the PAC game, but they could not be won before the game.

One team in Battle Royale Game on Blooket is named after this Astronaut – “Cyan Crewmates”. Battle Royale is a team-playing game where teams battle who can answer the questions fastest. 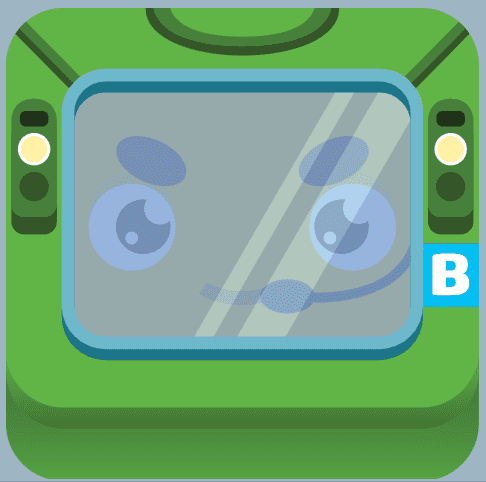 The Lime Astronaut is a version of Legendary Blook Astronaut, but it is more challenging to get it. While one can unlock the Astronaut through the Space Box of blooks, Lime Astronaut is rewarded to the top three winners in the Pokémon Are Cool Event, and it’s not featured in any game mode.

It shares features with other Astronauts, especially the Green Astronaut, but it’s one of the two rarest Astronauts you would need a lot of work and luck to win. Legendary Astronaut can be sold for 200 tokens, while Lime Astronaut holds a price of 350 tokens.

The chance of obtaining the regular Astronaut is around 0.45%, while the odds for Chroma Lime and Cyan Astronauts is 0.05%.

Tim the Alien is another blook from the highest Mystical Rarity of the games. The top two-tied winners of the Pokémon Are Cool Game Event was rewarded with this blook, along with Lime and Cyan Astronaut. Tim the Alien is the first blook to win in an event outside of the Blooket games.

This Blook has the skin of the UFO, but in contrast to the UFO Blook, Tim the Alien is animated, with a rotating cow blook in the middle and a green Alien named Tim.

The spaceship above is also in different colors too. This blook could be sold for 1,000 tokens if the two winners wish to sell it.

The spinning cow in the middle is one of the unique things about this blook since some of the others are animated as a whole blook, not just an insignificant part. This blook features in Fishing Frenzy game mode, a game where you could fish for blooks while answering different questions.

The Spooky Ghost is the rarest blook you can win as an award within the games. This smiling green ghost is only present as an award for the 1st place winner of the Contest of Candy, a Halloween-themed event happening once a year.

This blook is the first Mystical Rarity Blook, the rarest blooks you would be lucky to have, and it sells for 1,000 tokens. Currently, only two people have it, the winners of Candy Quest from 2020 and 2021. There was a rumor that three people had it, but the winner of the 2019 Contest did not get any rewards.

Unlike many other Mystical Rarity Blooks that are not featured in any game modes, the Spooky Ghost is included in Santa’s Workshop, a game mode available for only a couple of weeks during Christmas.