The first Minecraft beta came out in 2009, but the full game wouldn’t be released until 2011. By then, Markus Persson (the game’s developer) had been working on Minecraft for more than three years.

Interestingly, the game’s additional mobs haven’t always been easy to find. Some have spawn rates so low that most players won’t ever come across them.

These are the top 10 rarest mobs in Minecraft. 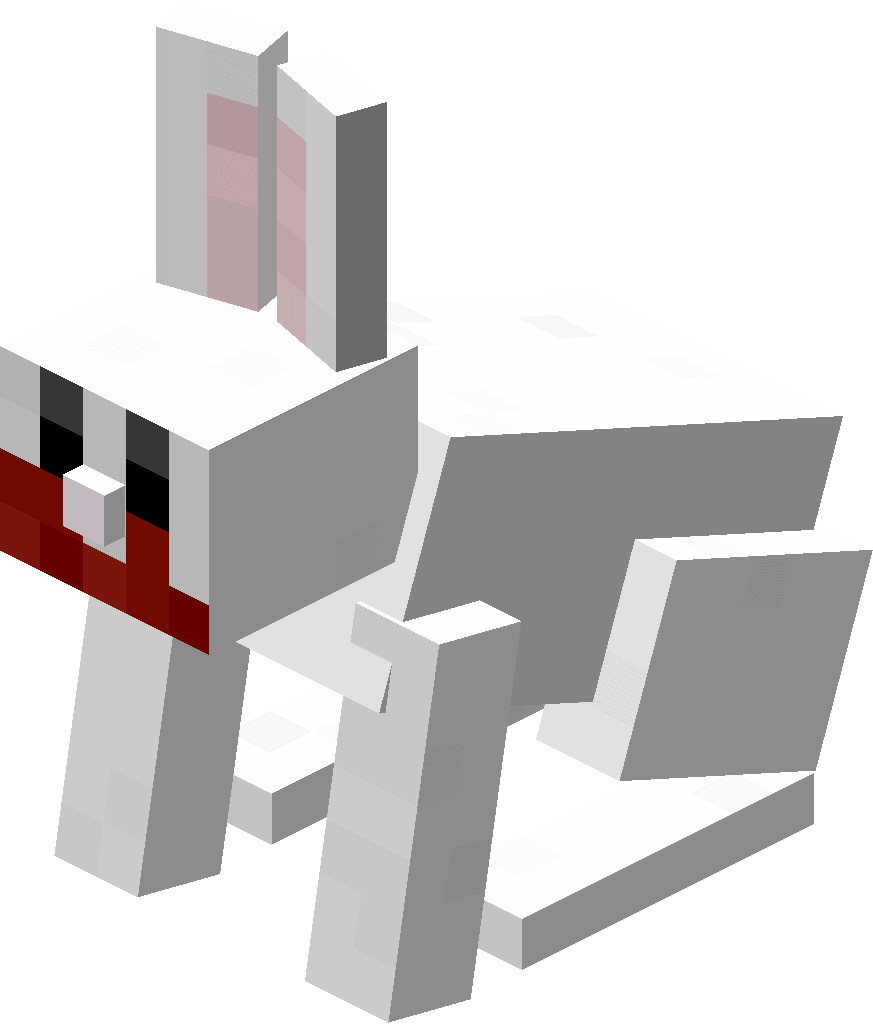 Unlike their common, peaceful counterparts, the rare Killer Rabbit is an aggressive animal that can only be spawned by command. Interestingly, these rabbits still breed with the neutral rabbits common throughout Minecraft.

Rabbits were added to Minecraft on June 5, 2014 — but rumors of the new addition circulated earlier that year after a game developer named Ryan Holtz released screenshots of the little animals. Later, in July 2014, the hostile Killer Rabbit made its debut.

Beyond their aggression, the most striking feature of the Killer Rabbit is its bloody mouth — a warning to stay far away no matter how small the creature is. 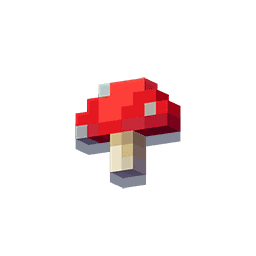 Mushrooms landed on Minecraft early in the game’s history. The mob joined the game back in 2009, appearing alongside iconic Minecraft features like gold and the game’s inventory system. Today, red mushrooms are among the rarest variants with a spawn rate of just 12.5%.

Like other mushrooms in Minecraft, red mushrooms tend to grow on fallen trees and in poorly lit areas. Interestingly, despite being so rare, red mushrooms can be used as decoration in flower pots just like more common variants.

Brown mushrooms are also a rarity in Minecraft — but they are more common than red mushrooms. In the right conditions, brown mushrooms have a 25% spawn rate. 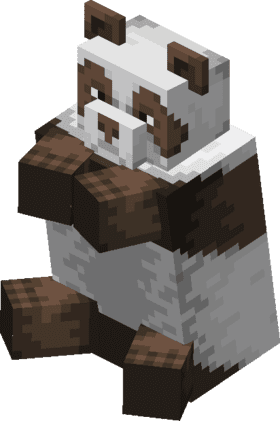 Pandas in general are a rare mob in Minecraft, but Brown Pandas are even rarer. The neutral mob has a spawn rate of just over 12%. That’s compared to the normal panda’s rate of about 30% — so brown pandas are definitely hard to find.

The general panda mob joined Minecraft in September 2018. The announcement came during MINECON 2018 — the same event that brought new villagers like the librarian and the shepherd.

The updates announced at MINECON 2018 included a change to player interaction with ocelots. While players could originally tame the wild cats, update 1.8 removed this option. Similarly, pandas in Minecraft can’t be tamed like other mobs. 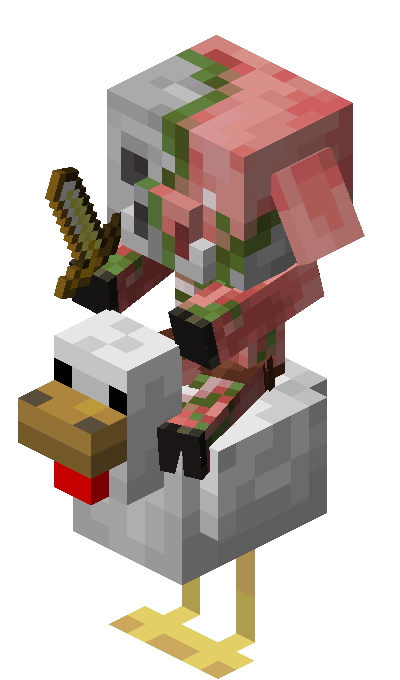 The Zombified Piglin Jockey has a spawn rate of just 5%. While it’s hard to find reliable info on the exact date this mob joined Minecraft, reports say the general jockey mob was a part of update 0.11.0, which came out in 2015.

The term “jockey” refers to a hostile mob riding a different mob. In this case, the Zombified Piglin is riding a chicken. 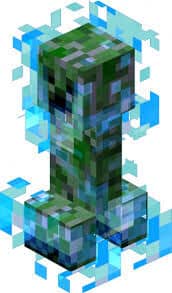 Charged Creepers are created when lightning strikes within just four blocks of a normal, non-charged creeper. This makes the Charged Creeper a “very rare” mob — although the exact spawn rate is unknown.

While Charged Creepers are rare, the normal Creeper is very common. However, both versions are hostile. Charged Creepers’ explosion will cause more damage than a normal variant, but both can be deadly.

The Creeper mob was added to Minecraft early on, which is probably why the mob has become such an iconic part of the game. Creepers came out in 2009 as part of the survival test.

Reportedly, the original Creeper was meant to be a pig, but the character design didn’t really work out. 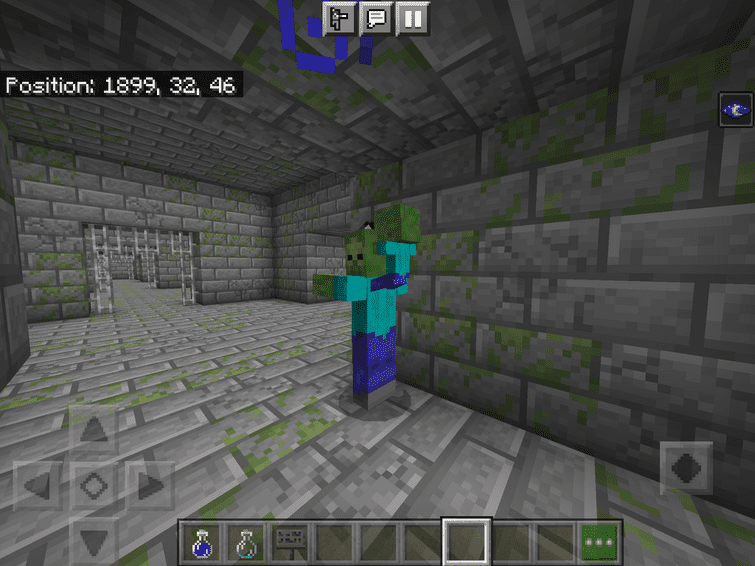 Things start to get very rare with the Zombie Jockey. This mob has a spawn rate of just 1% and features the classic green character design. Interestingly, the baby zombie in this Jockey pair won’t burn in the sunlight as the adult zombie does.

While both of these zombies can be deadly, the baby zombie won’t attack the player unless the adult zombie dies.

Zombies joined Minecraft with the 0.2.0 update of 2012. This update brought a few other important features, but the most ionic were probably survival mode and the ability to fly in creative mode.

You might take the death screen for granted, but Minecraft only got that feature with the 0.2.0 update — about four years after the first beta came out. 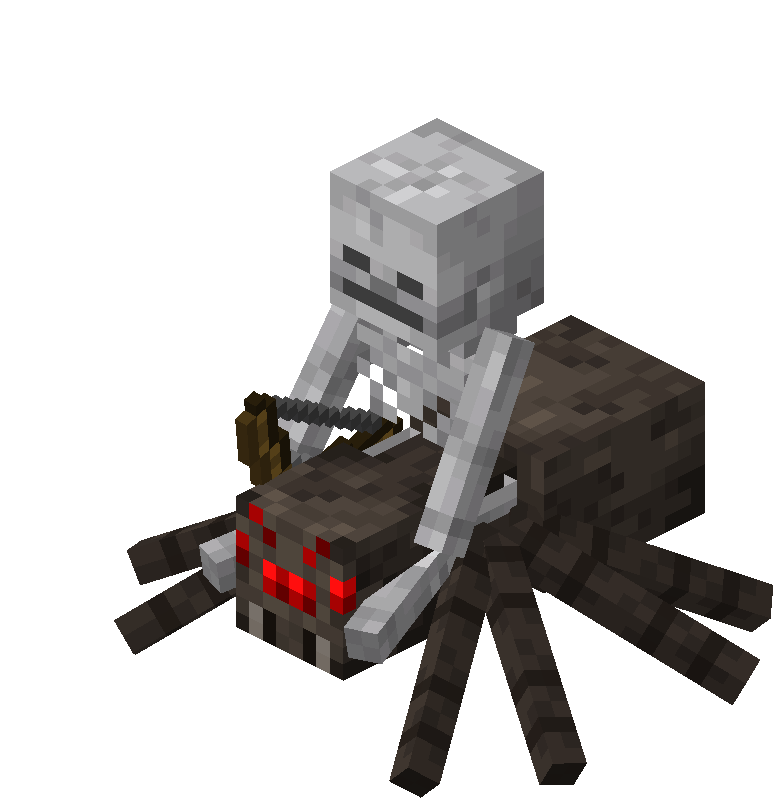 Up next is another jockey. The rare Spider Jockey has a low spawn rate of just 1%. This mob hunts players at night and wanders throughout the day — but don’t let your guard down: if the Spider Jockey finds you in a dimly lit area during the day, the creature will start an attack.

While the general spider mob is neutral, the Spider Jockey will attack by using traditional skeleton attack strategies.

Interestingly, the Spider Jockey can actually kill itself.

Having a mob kill itself isn’t usually common — and there’s been some debate about which animals will actually do so. According to one player, pigs might kill themselves in some circumstances.

Pink Sheep have an extremely low spawn rate of just 0.164%. These very rare creatures display the same behavior as standard sheep, including wandering in small flocks. Typically, these flocks include two to four sheep.

Interestingly, sheep tend to be very vulnerable mobs. This is mostly due to the threat of wolves, which sheep usually don’t notice until it’s too late.

Although naturally Pink Sheep are rare, players can actually dye the wool of their standard sheep a variety of colors — including pink.

Pink Sheep are rare, but they’re more likely to spawn as adults. However, Pink Sheep can spawn as babies less than 0.009% of the time. 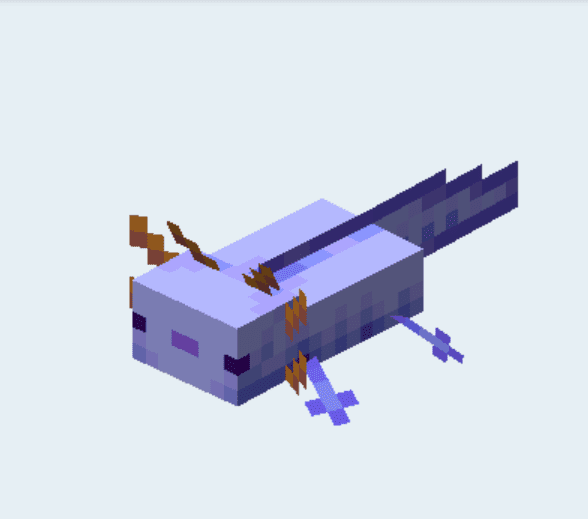 These aquatic creatures are known to attack almost any other aquatic mob. However, Blue Axolotls won’t kill turtles, dolphins, and other axolotls.

Although the general axolotl mob can spawn in multiple colors, the blue variant is one of the rarest with a spawn rate of just 0.08%.

Interestingly, the Blue Axolotl is passive toward players despite being aggressive toward its fellow sea creatures. This makes the animal easy to breed, resulting in a baby axolotl and 1-7 experience points.

The axolotl mob came out with the Caves and Cliffs update of June 8, 2021. This update also introduced goats to the world of Minecraft. 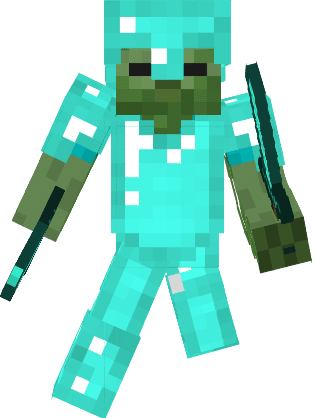 The Diamond Armor Zombie is the rarest mob in Minecraft.

With a spawn rate of just 0.04%, the Diamond Armor Zombie is an extremely rare mob in Minecraft. These rare creatures feature the standard zombie setup, but they wear diamond-encrusted armor.

Just like other zombies, these creatures will attack the player and cause a lot of damage.

Interestingly, zombies in iron armor are also very rare. These zombies have a low spawn rate of about 1.2% — which is somehow more common than the diamond version.

There’s a small chance you could get your hands on a zombie’s diamond armor. According to one report, this mob has an 8.5% chance of randomly dropping their armor.