10 of the Rarest Minecraft Skins You Can Find

Minecraft was the multi-billion-dollar idea that brought PC gaming to the masses in the 2010s. A simple build-it-yourself open-world survival idea evolved into the best-selling video game of all time, with over 200 million copies sold.

Customization, updates, and events represent a huge aspect of the online Minecraft community. With new options comes limited releases and rarity, which drives the coveted items to fame (and leaves the rest in the chest!). Here are the rarest Minecraft skins that users can get. 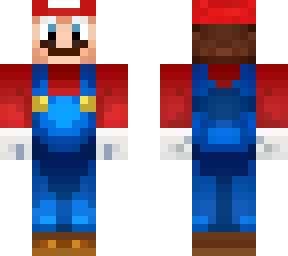 With Mario’s incredible popularity among gamers that are Minecraft-age, a skin based on the pudgy plumber was all but inevitable. In 2016, gamers got their wish with the Super Mario Mash-Up Pack, a Nintendo-inspired skin pack based around multiple characters and styles from their pint-sized platformer’s universe. The pack included not only Mario but also Luigi, Princess Peach, Bowser, and others.

Along with the characters, the pack allowed you to build Mario-inspired structures and set it to the tune of classic Super Mario music.

The reason this pack is so rare is that you had to be playing Minecraft on the Wii U or Switch in 2016 to get it. Since the majority of Minecraft players are PC gamers, they had to look on with envy as people in their servers were able to dress themselves up in the iconic red cap and overalls. 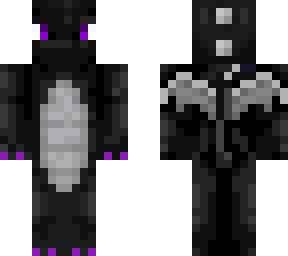 The Ender Dragon is an infamous figure in the world of Minecraft. In a game built to last a literal infinity, with as many options for creation and destruction as its players’ brains can conceive, the creature that represents the “ending” is obviously a cause for some suspense.

The Ender Dragon skin was only released on the XBOX 360 edition of Minecraft. This is why it’s such a rare occurrence to see one. 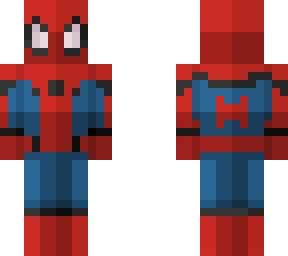 Bedrock changed the game when it came to Minecraft collectibles. This Spider-Man skin was one of its most exclusive and coveted additions, included in one of its many superhero-themed packs. The first thing players notice is how high-quality these skins are, showing off Spidey’s legendary patterns in as coherent a form as the Minecraft engine could possibly handle.

After the Bedrock edition phased out in 2015, the Spider-Man skin left the marketplace, as did the Venom and Carnage skins that came with it.

This skin was not only hugely desired for its Spider-Man design but also because of its time of release. In 2014, Twitch and YouTube gaming had truly hit the mainstream, driving viewers to emulate their favorite online gamers by acquiring their most coveted skins. 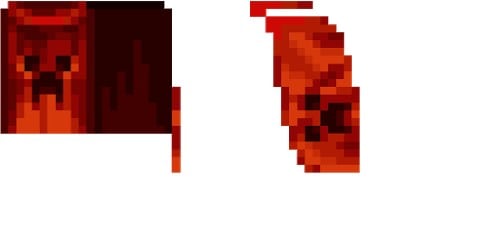 Capes were the original “gotta have it” accessory in Minecraft. If you saw somewhere wearing a uniquely patterned cape on their back, you knew that they were part of the Minecraft elite, the hardcore original players whose creativity and devotion made the game what it is today.

The first Minecon capes in 2011 celebrated the game by rewarding their devoted first generation of players with these exclusive cosmetic upgrades.

The Minecon capes could actually be acquired one other way. They were repackaged for a limited time in two skin packs, also limited editions. These extra few models didn’t change the rarity too much, but it gave really envious users one last chance to get one. 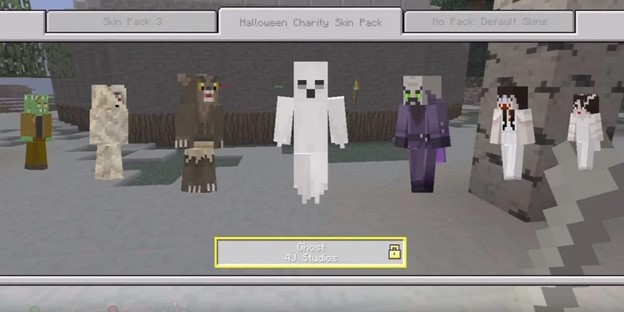 As with many of the rare Minecraft skins, the Ghost skin was created as an event item for a Halloween charity skin pack. In October and November 2012 (and only then), lucky players could get their hands on this exclusive skin. It’s all-white with black and grey eyes, as well as a black mouth. The bottoms of the legs are terraced with clear blocks to give the appearance of floating.

Those on console who nabbed this one will still float around in it from time to time.

The Halloween 2012 costume pack was actually a charity drive that raised over $770,000 to worthy causes. So those who bought their ghostly skin for 160 Microsoft points (as well as a pumpkin head, vampire, and others) had the fortune of being able to say that they supported a split offering to such causes as Child’s Play and Macmillan Cancer Support. 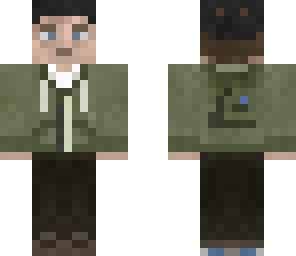 This promotional was designed to advertise classic arcade games being showcased by a 2012 XBOX Live Arcade game event. The pack included many names, but the most recognizable was Tony Hawk in the outfit he wore for Tony Hawk’s Pro Skater back in the day.

The pack was incredibly limited, so the skins included in it remain rare collector’s items.

If you’ve ever seen someone walking around Minecraft looking like a weird, mustached policeman, you may have seen the Officer Dick character skin, which is the second most famous addition in the Tony Hawk character pack. 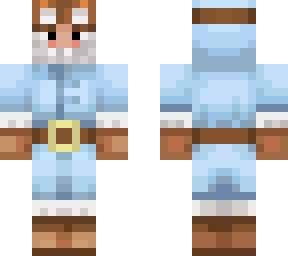 This Minecraft skin pack focused on some up-and-coming features that Minecraft had ready for its supporters. The exclusive skins packaged here came with a new biome called the iceberg, as well as the Ice Pioneer, which is the rarest and highest-quality skin in this pack.

The clothing has depth by using layers of light and dark blue and white colors, with leather boots and gloves, as well as a bright belt buckle.

The pack that included the Ice Pioneer was made to celebrate Minecon 2016, which ended on October 3. This pack also included the Mesa Artisan, Forest Fighter, and Ocean Engineer. 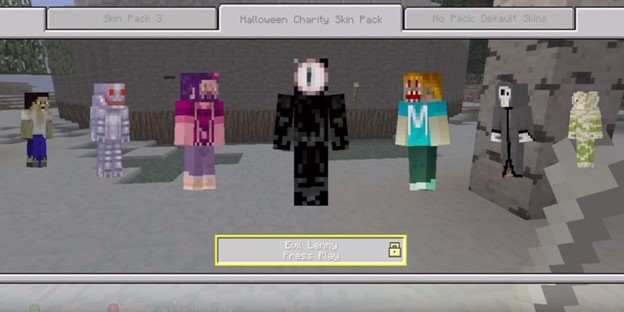 Evil Lemmy was part of a Halloween charity skin pack, a limited-edition series that came with a ton of other great characters. The best was Evil Lemmy, who had a textured black body and a head that’s one huge, unnerving eyeball.

Of the 55 skins featured in this skin pack, Evil Lemmy is by far the most famous. All of them were donated by their respective game developers.

Evil Lemmy was part of a Minecraft charity drive. 100% of the proceeds from this texture pack supported Block by Block, Child’s Play, and SANDS Lothian. 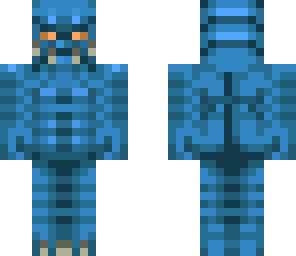 Of course, there had to be another skin pack with a Marvel theme. A-Bomb, aka Rick Jones, has an incredible bright blue body with glowing eyes and claws. This character skin could only be obtained on the Minecraft Legacy Console Edition. There were other skins in the pack, including Thor and Nick Fury, but this one is the most striking.

It was so popular that fans created their own versions after the pack left the market. It’s not uncommon to see bootleg versions of this rare skin walking around.

Rick Jones has an intimate relationship with the Hulk’s history, where he was exposed to the same Gamma Bomb that turned Bruce Banner green. However, Jones’ abilities remained dormant. He was captured and experimented on by the Intelligencia, where his powers came to the surface and he became A-Bomb, a blue, scaly monster resembling the Hulk villain, Abomination. After being manipulated by MODOK, Jones’ human personality was able to rise to the surface at the expense of his ability to turn back into human form. 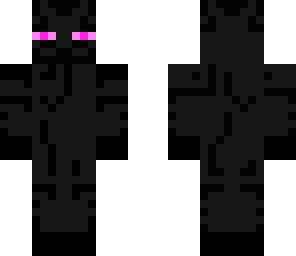 The rarest Minecraft skin is the Enderman cape. This Minecraft cape, released in 2016, allows players to put a piece of the game world’s scariest denizen on their backs. In addition to the Ice Pioneer and unique biomes, players could also nab this unique cape on the Bedrock update. When you see it, it you know that it’s a hardcore player hiding under it.

Minecon’s incredible events give the Minecraft community access to exclusive items such as this cape. However, you may not realize that the very first Minecon was actually a spontaneous fan meeting in Washington, created by Notch, aka Markus Persson, for his family and friends. It happened in 2010, in the first year of Minecraft Classic’s existence.

Minecraft is a cultural phenomenon, no two ways about it. It ceased to be merely a “game” a long time ago. The hundreds of millions of active users can customize their character and environment using not only their imagination but many exclusive packs and events offered by the developers. These 10 rare skins represent the most coveted prizes you can get from these events. When people see them, they know the kind of player behind them.

10 Rarest Xbox One Controllers Ever Made