Lightsaber crystals or kyber crystals were never mentioned in the original Star Wars films. Their first appearance was in the novelization of A New Hope, in which a kyber crystal appeared as a decoration on the hilt of Luke’s lightsaber. From this one instance, fans have extrapolated the history of the crystals, as well as their mythical uses in the Jedi order, in the entire extended universe. Each crystal gives their lightsaber a different color, unique attributes, and of course, differing rarities.

This is your guide to the 8 rarest lightsaber colors, including the history of the blades and the famous Jedi who wielded them. 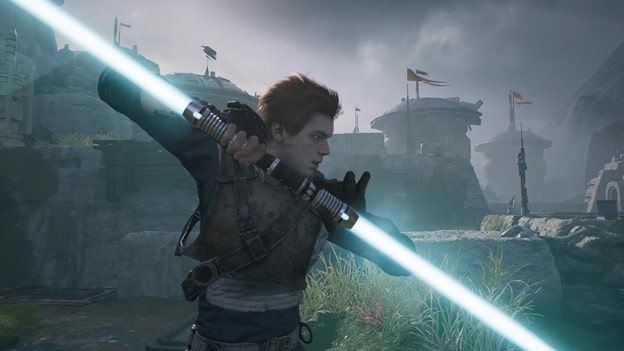 The cyan or teal lightsaber blade is one of the lesser-known colors, though several player characters in video games have wielded them. They are not officially licensed as toys or in films. However, since the game Jedi: Fallen Order has been deemed official canon, Cal Kestis’s signature teal blade has become one of the rarer colors out there.

Cal Kestis was not the first person to wield a cyan lightsaber. In the Knights of the Old Republic games, as well as Star Wars Galaxies, characters were shown with this unique color. The famous Jedi Nikkos Tyris had a similar blade. Jedi Master Meetra Surrik, the “Jedi Exile,” used a cyan lightsaber when he fought in Star Wars Legends.

The yellow lightsaber blade is one of the rarest colors that normal Jedi wield. Several famous users have been shown with these unique blades, including Master Plo Koon. Ahsoka Tano used one at one point. Recently, Rey made a yellow blade at the end of Star Wars: Episode IX – The Rise of Skywalker.

However, the most famous users of the yellow sabers are the Jedi Sentinels. After earning the rank of Jedi Knight, the new Jedi could become Sentinels, which were the Jedi equivalent of spies or guards, who stood watch over the temple of the Jedi.

Lightsaber colors often reflect the user’s role or emotional state. It has been said that the yellow color is a result of the Jedi Sentinels balancing the roles of Jedi Consular (green) and Jedi Guardian (blue). 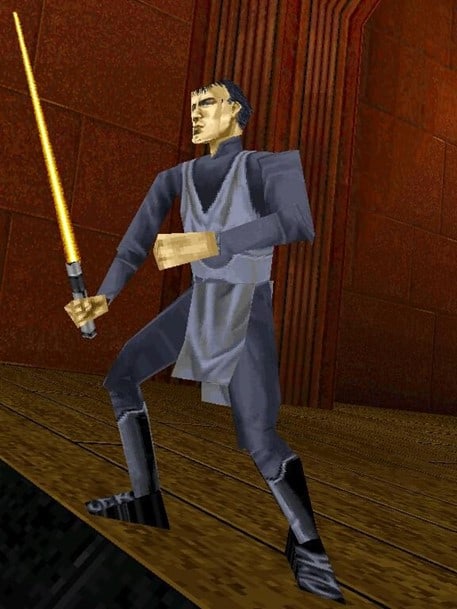 In the video game, Star Wars: Jedi Knight: Dark Forces II, the Dark Jedi Yun used an orange lightsaber blade in a duel with the player character, Kyle Katarn. After this encounter, Yun dies in a fight with Sariss, a female Dark Jedi, at which point the orange blade falls to Kyle. He uses it to kill Sariss, as well as fight in other duels (this was before he turned to the dark side).

The blade’s color is unique in that few have ever wielded an orange saber, which some have speculated is a result of the red Sith energy mixing with the white blades of the High Republic Era.

Since its introduction, orange lightsabers have become far more common due to the game, Jedi: Fallen Order, which as we mentioned, is considered canon. Anyone who pre-ordered the game received the choice to play with this rare blade, increasing its popularity and decreasing its mystique. 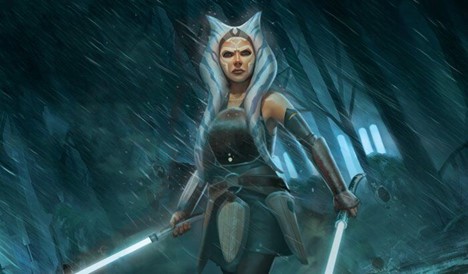 White lightsabers are far from common. They are famously used by Ahsoka Tano to signify her banishment from the Jedi Order, after her master, Anakin Skywalker, fell to the Dark Side. This happened in the show, Star Wars Rebels, after a situation where the Order framed her for murder.

After having her twin green lightsabers taken from her, she was banished to the farming moon of Raada, where she was hunted by the Sixth Brother of the Inquisitorious, Bil Valen, who hunted surviving Jedi after the Clone Wars. After killing him, she crafted new blades from white kyber crystals, which are now unique to her in shows like The Mandalorian.

The reason the white sabers are not higher on this list is that while Ahsoka is iconic for them now, they were the blades of the Jedi of the High Republic Era between 300 and 82 BBY. In this golden age of the Jedi order, many wielded white lightsabers. 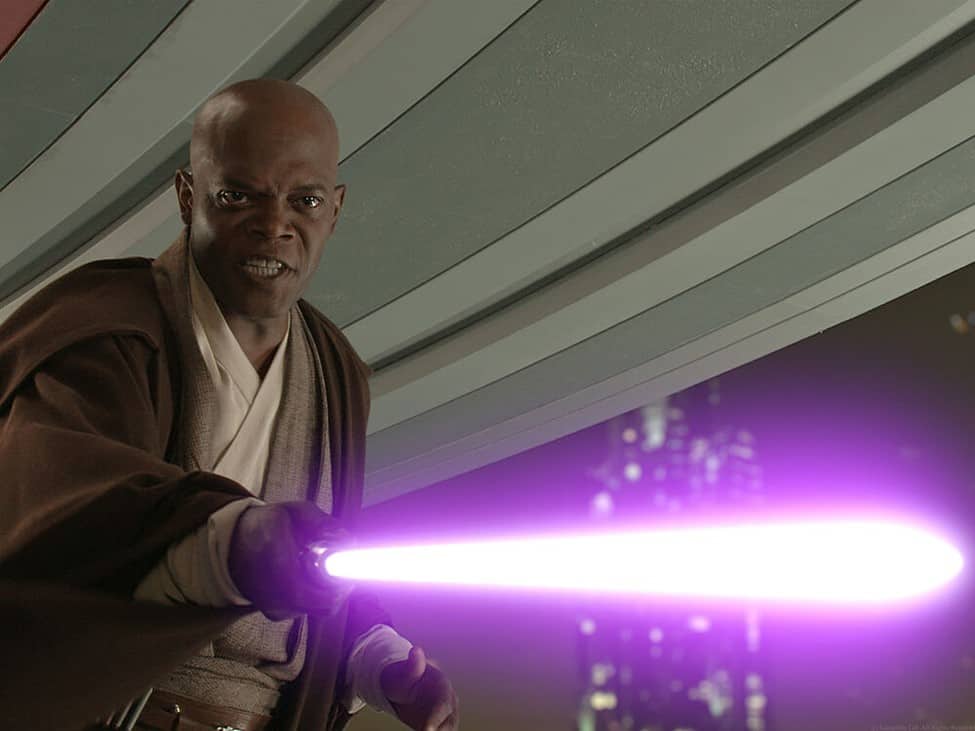 Purple lightsabers are incredibly uncommon. In the Master and Apprentice novel by Claudia Gray, she describes the purple crystal’s color as a unique property resulting from a Jedi’s emotional bond with the crystal.

Mace Windu is the most famous wielder of the purple blade and has led many fans to theorize what its color means about his emotional state. Since Master Windu is one of the few Jedi to ever fight using a skill called Form VII, where the Jedi is emotionally on the edge of drawing power from the Dark Side but never completely giving in, the purple color has been theorized as a representation of this conflict.

In other words, the purple may come from this emotional struggle and the resulting balance of power between the blue of the Jedi and the red of the Sith.

This is the canonical explanation for the purple lightsaber. The real-world explanation is far more mundane!

During the shooting of Star Wars: Episode II – Attack of the Clones, Samuel L. Jackson asked George Lucas to give Master Windu a purple blade to help him stand out (and because Jackson really likes purple). Lucas initially resisted, arguing that Jedi sabers can only be blue and green, but later revealed to Jackson that in post-production, he fulfilled the request. 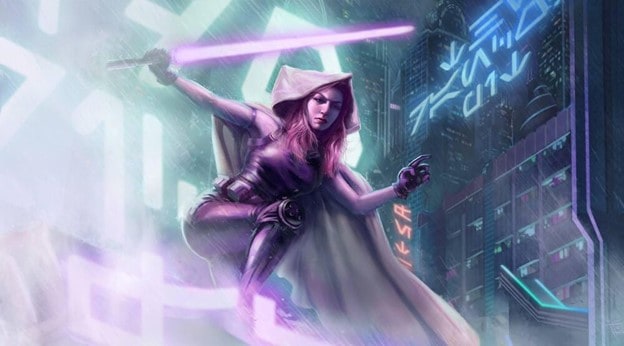 The pink or magenta lightsaber, not to be confused with Windu’s purple blade, was wielded only by Mara Jade when she was a member of the Hand of the Emperor. This was a force-sensitive group of operatives hired by Emperor Palpatine to complete seemingly impossible missions.

Palpatine presented Mara Jade with a rare pink crystal, which she forged into her unique blade. She used this weapon during the Galactic Civil War but lost it during the Battle of Endor.

The Hand of the Emperor or Emperor’s Hand has several related groups, including the Emperor’s Voice, Eyes, and Reach. When Palpatine was Darth Sidious in the days before the Clone Wars, it was Darth Maul’s usefulness as a loyal Jedi hunter that gave him the idea to create these secrete organizations. 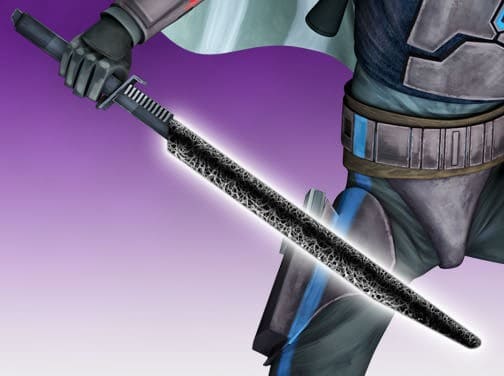 The black lightsaber is known as the Darksaber. In terms of rare Jedi weapons, it doesn’t get much more exclusive than this sword, which was forged by Tarre Vizla, the first Mandalorian to become a Jedi. This unique weapon has a blade made of plasma and unlike other lightsabers, its shape mimics that of a traditional sword.

According to The Mandalorian show, which introduced the Darksaber, Tarre Vizla used it to become the ruler of Mand’alor, the Mandalorian homeworld. His death created a vacuum that many have tried to fill. Though the saber fell into the custody of the Jedi Temple after Vizla’s death, Moff Gideon wields it in The Mandalorian, implying that he vanquished its previous owner since, according to lore, the Darksaber follows whoever bests it in combat.

The Darksaber’s unique plasma construction attracts other lightsabers to it, making it nearly impossible for a Jedi or Sith to hit the wielder of the saber. They can only be defeated by being disarmed. 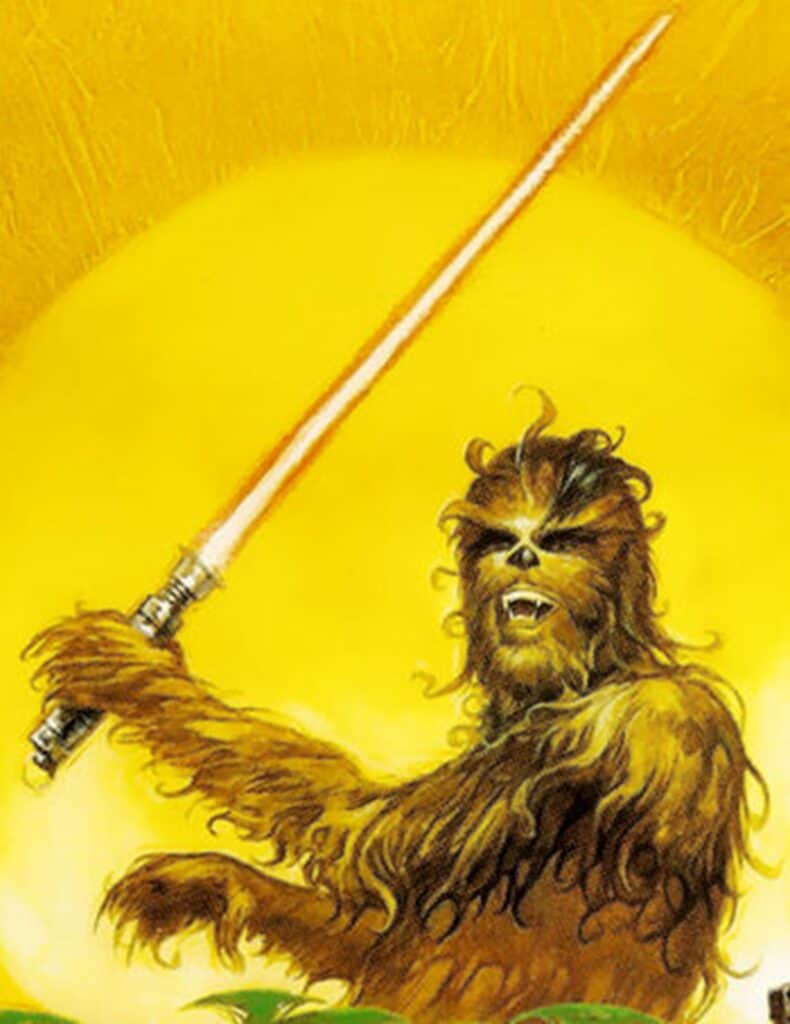 The rarest lightsaber color is bronze. The Wookie Jedi Knight named Lowbacca created this unique lightsaber for himself and used it throughout the Yuuzhan Vong War. He’s Chewbacca’s nephew, trained by Luke Skywalker at the Jedi Praxeum on Yavin 4 after the Galactic Civil War.

Lowbacca constructed this blade from computer parts, a focusing lens, and a rare enhancement jewel that he used in the place of a lightsaber crystal. This gives the saber its wider blade, as well as its unique, molten bronze color (not to be confused with the orange blade mentioned earlier).

The four main characters of the novel series, Young Jedi Knights by Kevin J. Anderson and Rebecca Moesta, were given the chance to create their lightsabers in 23 ABY after the Solo twins’ abduction. The 1996 novel, Lightsabers, showcased their creation process.

Bronze is the rarest lightsaber color not only because it was forged only once under special circumstances but because in all of Star Wars extended canon, there has only been one known user of this unique blade.

Everyone knows the primary lightsaber colors wielded by the Jedi in the Star Wars films, the most common being blue, green, and red. However, in extended canon, lightsaber colors range in all hues to delineate the emotional states, strengths, and unique attributes of their wielders. Many of these lightsaber colors are rare, some even having only been seen in one saber, wielded by one user.

You can’t rightly call yourself a Star Wars expert until you know everything there is to know about its most iconic weapon.