LEGOs were invented by Ole Kirk Christiansen, a Danish toymaker who started his career in 1932. The toymaker eventually named his company LEGO based on the phrase leg godt, which translates to “play well.”

Many years later, the LEGO brand produced a plastic toy brick that would be followed by the modern LEGO design we know today. The toy caught on and quickly spread across the globe.

LEGO eventually made minifigures, cars, and many other accessories.

Interestingly, LEGO minifigures can be extremely expensive. Most aren’t very pricey, but rare designs and special edition lines can sell for tens of thousands of dollars. Learn more with this top 10 list! 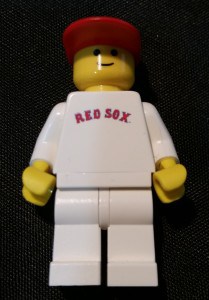 Kicking off our list is the 1999 Red Sox promotional minifigure. The design was made alongside DUPLO bricks and given to kids at Fenway Park. One LEGO fan asked the Fenway Park promo department about the minifigure, specifically asking how many were made. The department reportedly responded that it’s likely fewer than 12,000 were produced, making these minifigures very rare.

The exact value of these obscure minifigures isn’t known, but estimates peg the price tag at about $100.

The first LEGOLAND theme park opened its doors in 1968 — just 10 years after the LEGO design was officially patented. More LEGOLAND parks were opened later on across the globe, including in the United States. 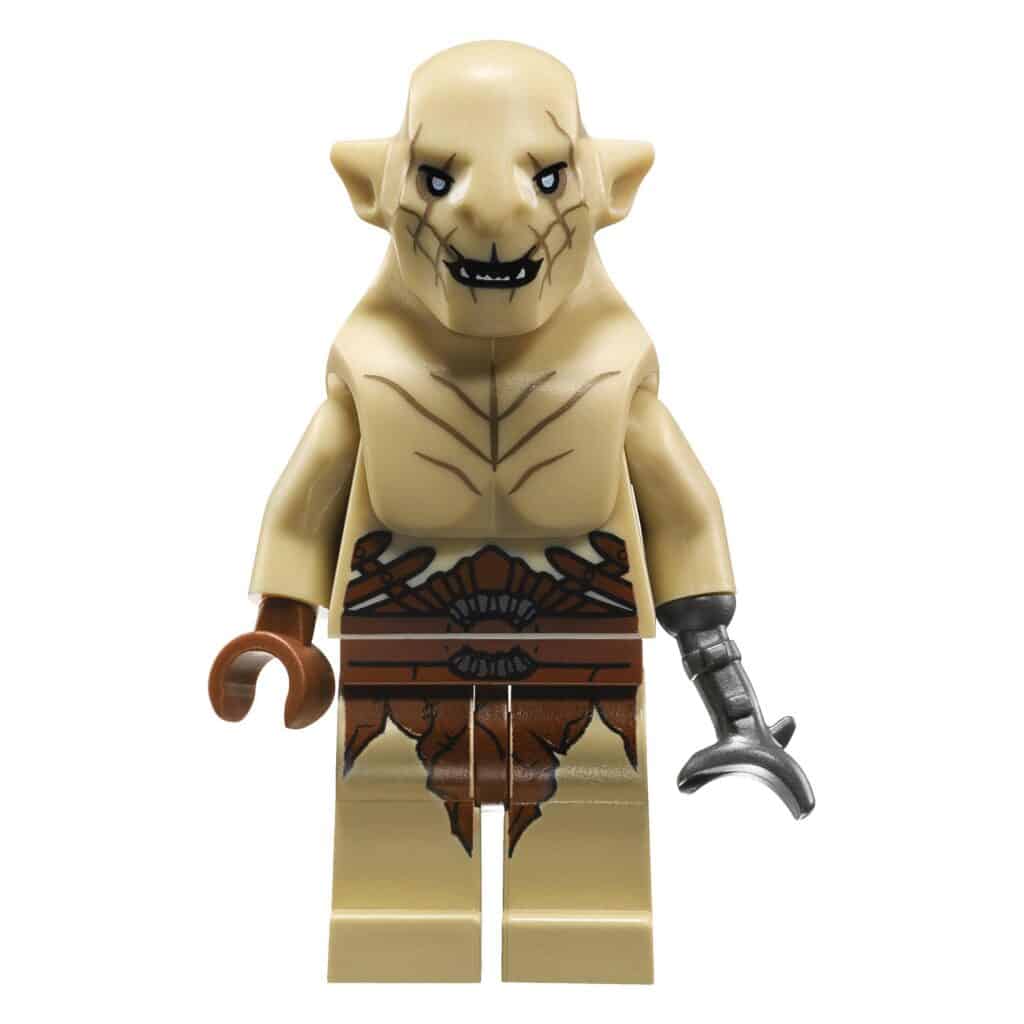 This minifigure was specifically made for San Diego Comic-Con in 2013. As a limited-production design, the figure is worth about $3,600. The minifigure wasn’t available for sale, instead it was given away to a few lucky attendees. The giveaway was reportedly done at random.

LEGO got its start in a small Danish toy shop, but the brand rapidly expanded and even became part of a series of video games and movies. Things like The LEGO Movie from 2014 were huge hits while partnerships with big franchises (including The Lord of the Rings) established LEGO as a major pop culture figure. 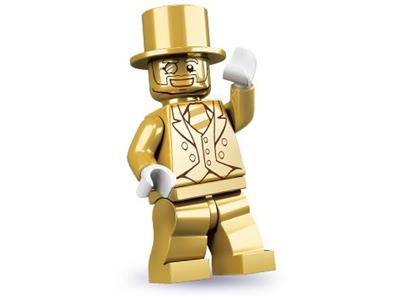 Up next is Mr. Gold, a shiny minifigure from Series 10. The limited-edition figure was only produced 5,000 times, making Mr. Gold a rare and pricey part of the LEGO world.

Part of a collectible, eight-part series released in 2013, Mr. Gold features a top hat, a monocle, and a golden suit. Today, factory sealed examples of the rare design are worth about $5,400 — making Mr. Gold the eighth-most expensive minifigure on the planet.

LEGO has undergone quite a few changes and expansions over the years. From theme parks to movies, the brand looks pretty different compared to the 1950s. Amazingly though, the classic LEGO brick hasn’t been changed since its original patent more than 60 years ago.

Value: $8,000
Origin: LEGO ‘Life on Mars’ promotional minifigure line
Reason for Value: This minifigure was on the ISS
Unique Feature: Certificate of authenticity 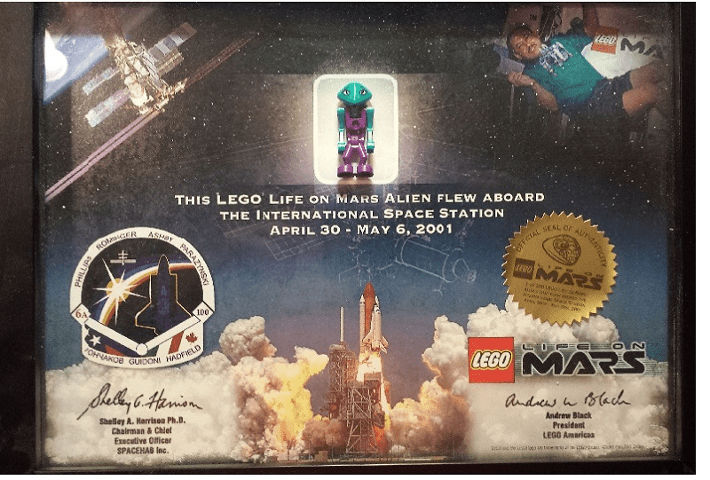 LEGO has been a part of a ton of cool collaborations over the years, but did you know it even partnered with NASA? That’s right, the toy brand worked with the world’s leading space exploration organization to make its Life on Mars series. The limited-edition minifigure line included this cool alien “from Mars.” The minifigure was then shot up to space and flew around the globe inside the International Space Station!

Today, authentic examples of this rare minifigure are worth thousands. One was priced at $8,000 on eBay, but others might be worth even more. 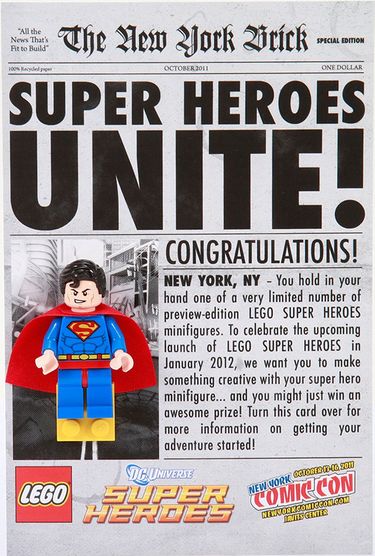 At number six we’ve got this limited-edition Superman minifigure from New York Comic-Con 2011. The figure came inside newspaper-style packaging and is worth about $8,200 today!

This minifigure was given to people who attended New York’s comic convention in 2011. Visitors were entered in a daily raffle and only a few lucky fans won the figure. LEGO sells plenty of superhero toys and accessories, but this one is special since it’s so rare.

The first LEGOLAND theme park opened in Europe in 1968. LEGOs caught on in European nations before they got popular in the U.S., but the toy was first introduced to the American market in 1962. 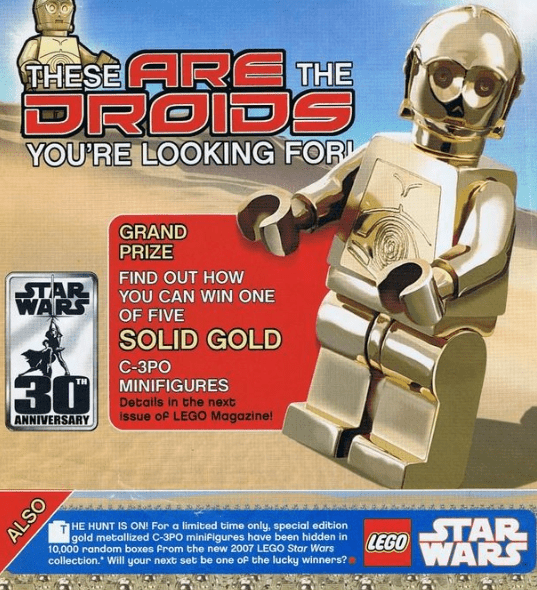 Next is the 14K gold C-3PO minifigure. The pricey toy gets its value from its authentic gold design, but the popularity of Star Wars boosts the price too.

As with other expensive minifigures, this C-3PO was a limited-production design. It’s not clear exactly how many were made, but it’s safe to say you’ll have a hard time finding these LEGOs!

In 1998, LEGO joined America’s National Toy Hall of Fame. LEGOs were also named “Toy of the Century” by several organizations according to reports by Britannica. 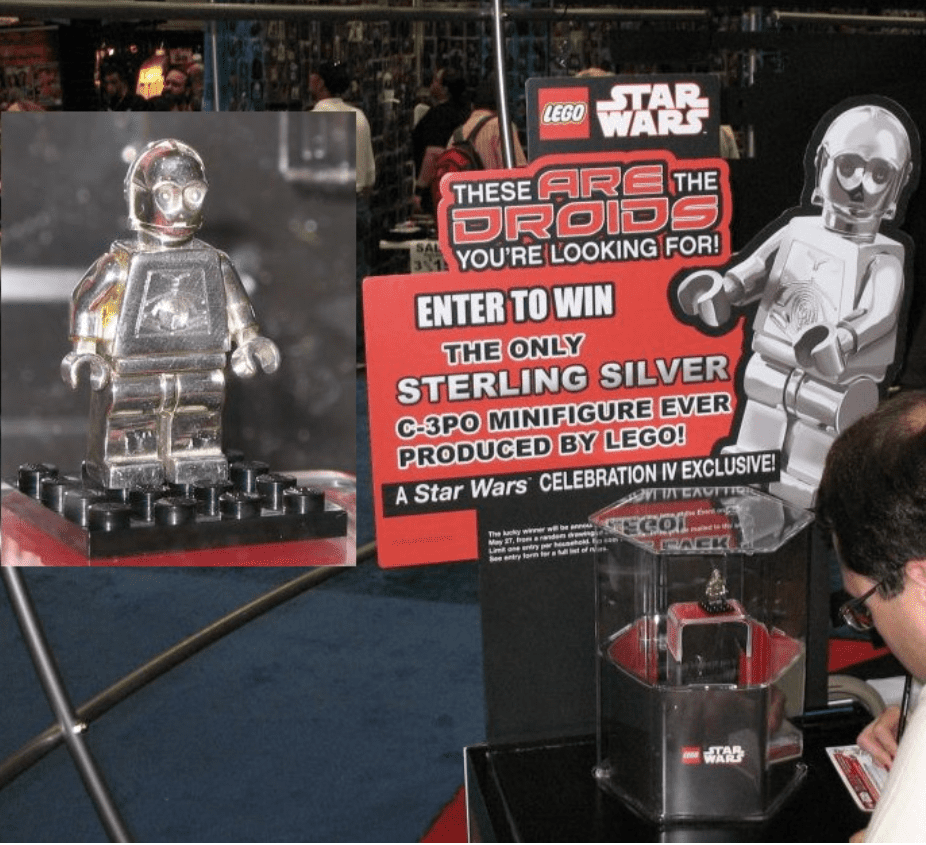 Here we have another one for fans of Star Wars! This time it’s a solid silver C-3PO from 2007. The rare and expensive minifigure was only produced once as a giveaway at Celebration IV, a Star Wars fan convention celebrating the 30th anniversary of the series.

Valued at more than $34,000, LEGO’s solid silver C-3PO is the fourth-most expensive LEGO minifigure on the entire market.

DUPLO bricks are also made by LEGO. The brand started producing the bigger toy bricks in the late 1960s when company executives realized younger kids had trouble handling the smaller LEGO brick design. 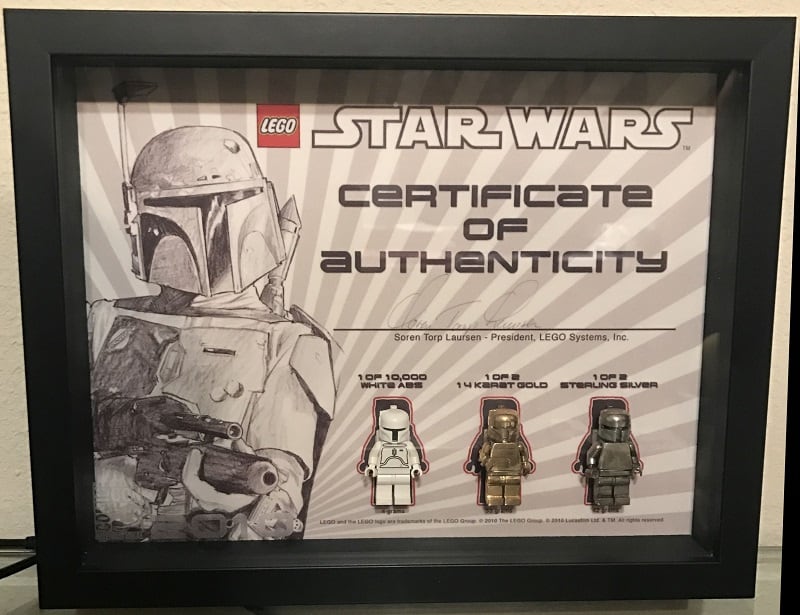 This extremely rare minifigure set includes three Boba Fetts: a white one, one made of solid gold, and one made of real silver. The expensive materials alone are enough to make these minifigures pricey, but they’re also limited-edition. Of the silver and gold varieties, just two Boba Fetts were made. The less-rare white edition was produced 10,000 times, but that’s still rare enough to make it expensive.

Altogether, this rare LEGO minifigure set sells for more than $36,000 — would you pay that much?

LEGOs have been used to make huge replicas of things like the Eiffel Tower. 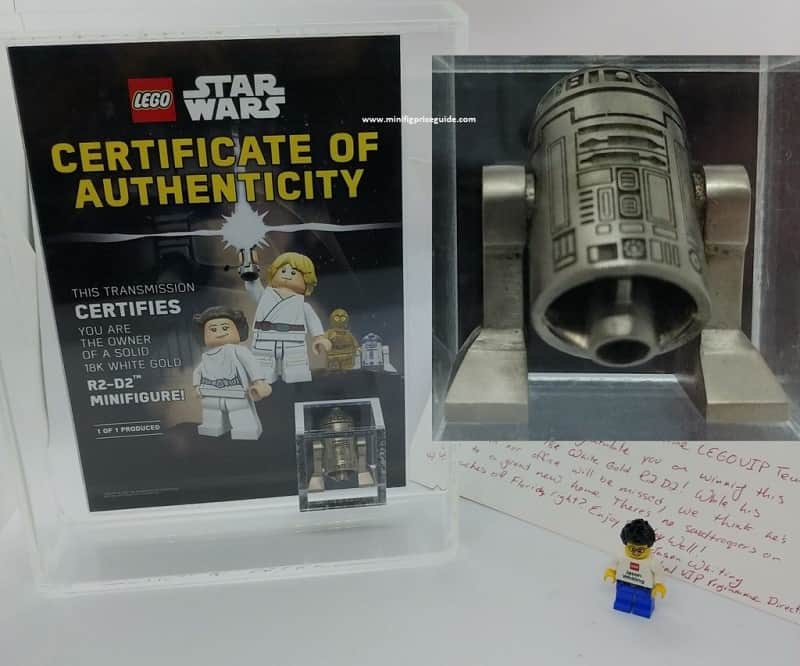 Coming in at number two is the rare LEGO R2-D2 made of solid white gold. The extremely expensive minifigure came with a black VIP card that gave its owner access to special Star Wars benefits like discounts on purchases and extra VIP points.

Today, the rare solid white gold R2-D2 minifigure is valued at nearly $40,000! The minifigure comes with a certificate of authenticity so buyers know they’re getting the real deal.

LEGOs are famously made of plastic, but the toy’s inventor started his toymaking career by using wood to create various toys, games, and trinkets.

The official Ninjago movie wooden Wu prop is the most expensive LEGO minifigure in the world.

Coming in at the number one spot we’ve got the official Sensei Wu prop from the LEGO Ninjago movie. The hand-made prop was used in the film and held by none other than Jackie Chan. Reports say just four examples were ever made, making this one of the rarest minifigures on the planet.

Today, this minifigure is valued at more than $100,000. Like many rare movie props, that price is likely to climb even higher as time goes on.

It’s not clear where all four of these rare minifigures are located, but one may be owned by Simon Lucas, the Senior Creative Director at LEGO.