Minecraft had a small Alpha release in 2009 and was widely commercially released in 2011. Despite being over a decade old, Minecraft is one of the most popular games in the world. Minecraft has sold more than 200 million copies and has more than 126 million monthly active users to date.

As an open-world sandbox game, Minecraft is pretty much limitless and players can obtain countless items. Of course, some of these items are rare and difficult to obtain. While players might disagree over which items are the rarest, the items on this list are generally cited as some of the rarest and hardest to find.

Reason for Rarity: Only available in some chunks in Mountains Biome (formerly called Extreme Hills)
Obtained By: Mined with Pickaxe (Iron or better)
Chance: N/A
Use(s): Drops Emeralds, which are used for Trading with Villagers and Wandering Traders; Activating Beacons; and Crafting Emerald Block Emerald Ore is the rarest mineral in Minecraft and only occurs in some chunks in the Mountains Biome (formerly called Extreme Hills). Moutains Biomes are fairly common, but Emerald Ores are so rare because they typically appear as a single block. Occasionally, Emerald Ores can be found in two-block veins.

Besides Emerald Ores, Emeralds can be found in various chests. Emeralds are also sometimes dropped by Vindicators, Evokers, Foxes, and Pillagers spawned from Raids (only in Bedrock Edition). Players can also trade certain items with Villagers to get Emeralds. With all the different ways to obtain Emeralds, they are not as rare as Emerald Ores. The Heart of the Sea’s only purpose is for crafting the Conduit, which is an underwater beacon that attacks hostile mobs underwater and provides Water Breathing, Night Vision, and Haste to players swimming nearby.

Reason for Rarity: Only found in Woodland Mansions or Raids and can only be used once
Obtained By: Killing an Evoker
Chance: Unspecified, but Evokers have a very low spawn rate
Use(s): Saves player from death from otherwise fatal damage if held in their hand at the time Mobs, like Zombies, Skeletons, and Foxes can also hold the Totem of Undying and be resurrected. Music Discs are fairly rare items that add a little fun to Minecraft as they actually play music when inserted into a Jukebox. There are 13 different discs and a few of them can only be found in chests, while the others are dropped when a Creeper is killed by a Skeleton’s or Stray’s (Skeleton variant) arrow. The Pigstep Music Disc is the only one that can’t be dropped and is the rarest Music Disc, with only a 5.6% chance of spawning in a Bastion Remnant chest in Java Edition and a 3% chance in Bedrock. The Cat and 13 Music Disc have a chance of spawning in Dungeon or Woodland Mansion chests in both versions of Minecraft. Mellohi and Wait have an 18.9% chance of appearing in a Buried Treasure chest in Bedrock.

All of the songs for the Music Discs were composed by Daniel Rosenfeld (aka C418), except for Pigstep, which was composed by Lena Raine.

Reason for Rarity: Only found in the End
Obtained By: Taken from Item Frame in the Treasure Room of End Ships
Chance: On average, 56.25% of End Cities have an End Ship
Use(s): Flying 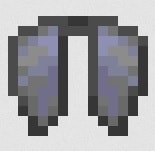 Eltyra is the only way players can fly in Survival Mode. This rare armor item is only found in End Ships, which only appear in about 56.25% of End Cities. So, players need to visit a few End Cities before finding a single Elytra in an End Ship’s Treasure Room. Thankfully, this rare item can be repaired, with phantom membranes, and used multiple times.

Capes affect the appearance of Elytra, giving the Elytra a design based on the cape equipped.

Reason for Rarity: Only obtained through very specific ways or very low chance of dropping for certain heads
Obtained By: Wither Skeleton – killed by player; Creeper, Skeleton, and Zombie from Charged Creeper explosion; Ender Dragon – from End Ship; Player Head – only in creative mode
Chance: Wither Skeleton – 2.5%; N/A for other heads, but are hard to obtain
Use(s): Decorative Mob Heads are fairly rare decorative items that require some work to obtain. There are six different heads that players can get: Wither Skeleton, Creeper, Skeleton, Zombie, Ender Dragon, and Player. The Wither Skeleton head is the easiest to get as players only need to kill Wither Skeletons, however, the drop rate is only 2.5%. Next, the Ender Dragon head isn’t too hard to get once a player creates a portal to the End as the head can be found on an End Ship next to some End Cities in the Outer End.

Creeper, Skeleton, and Zombie heads are only dropped when a Charged Creeper explodes nearby. Charged Creepers occur naturally if lightning strikes near one. Players can summon lightning with a trident equipped with the Channeling enchantment during a thunderstorm.

Player heads are technically the rarest mob heads because they can’t be obtained in Survival Mode without cheats.

Mob Heads can be worn as helmets, but won’t provide protection; however, Mob Heads do provide some camouflage against the corresponding mob and allow the player to get fairly close before being detected. 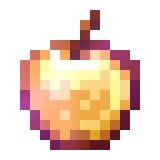 
The Enchanted Golden Apple, aka Notch Apple or God Apple, is the rarest and most powerful food item in Minecraft. When eaten, the Enchanted Golden Apple restores 4 points of hunger and provides several useful status effects. These magical apples can’t be crafted (used to be able to craft before 1.9 update) and only occur naturally in chests found in dungeons, mineshafts, bastion remnants, desert temples, ruined portals, or woodland mansions.

If a player used an Enchanted Golden Apple to create the Mojang logo on a banner, they receive the “Fruit on the Loom” achievement. The Beacon is one of the rarest crafted items because the Nether Star is so difficult to obtain. Also, while Obsidian isn’t rare, it can only be mined with a Diamond or Netherite Pickaxe. As its name suggests, the Beacon emits a strong beam of light and is desirable because of the status effects it provides when activated. To activate the Beacon, players need to build a 9 block, 34 block, 83 block, or 164 block pyramid out of Iron, Gold, Emerald, Diamond, and/or Netherite.

Reason for Rarity: Only dropped after a Wither is killed
Obtained By: Killing a Wither
Chance: N/A; technically no limit on how many Nether Stars can be obtained, but killing a Wither is extremely difficult
Use(s): Part of Beacon Recipe 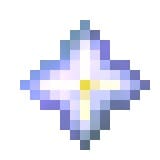 The Nether Star is a rare item that takes numerous steps to obtain. In order to get a Nether Star, players must first summon, then kill a Wither. While there is no limit to how many Withers can be summoned (and therefore no limit on Nether Stars), killing a Wither is not easy and is harder than killing an Ender Dragon. Also, gathering the items needed to even summon a Wither takes a lot of time. Summoning a Wither requires three Wither Skulls, which are a rare drop item at only a 2.5% drop rate.

Despite all the work, getting a Nether Star is worth it because it’s used to craft a Beacon, which provides useful status effects for players.

Reason for Rarity: Only one per world
Obtained By: Slaying the Ender Dragon
Chance: N/A; will always get the egg the first time Ender Dragon is killed
Use(s): Decorative 
The Dragon Egg is the rarest item in Minecraft because only one egg is available per world. While players can kill the Ender Dragon more than once by returning to the End again, the Dragon Egg only drops after the death of the first Ender Dragon a player kills.

Although the Dragon Egg is a player’s prize for killing the Ender Dragon, it takes a bit more work to pick up the egg. Clicking on the Dragon Egg will make it teleport, so players need to use a piston to make the egg drop and allow it to be picked up. The Dragon Egg has no uses and is simply a trophy.

The dragon egg is one of only two items that appear when a Minecraft boss is killed, the other item being the Nether Star.