Fortnite was only two years ago in 2017, but has quickly become a cultural phenomenon. It is estimated that there are over 250 million registered Fortnite players today and the game seems to keep growing. One of the things Fortnite has become known for are its cosmetic items, especially its emotes and skins.

While many of today’s skins are super detailed, interesting, and make references to various pop culture, this was not the case with Fortnite’s early skins. Most of these first skins were plain and didn’t look much different from the base characters’ skins. Additionally, Fortnite had a much smaller number of players, which led to few people purchasing these early skins. Many of the skins on this list are rare because they were from Season 1 and have never been re-released. The other rare skins were holiday or console exclusives.

Please note that since there are no official numbers, no one knows exactly how rare these skins are. With the exception of the No. 1 item on this list, which a majority of Fortnite players agree is the rarest skin, the skins have been arranged by original release date. Also note that 1,000 V-bucks is worth $9.99. 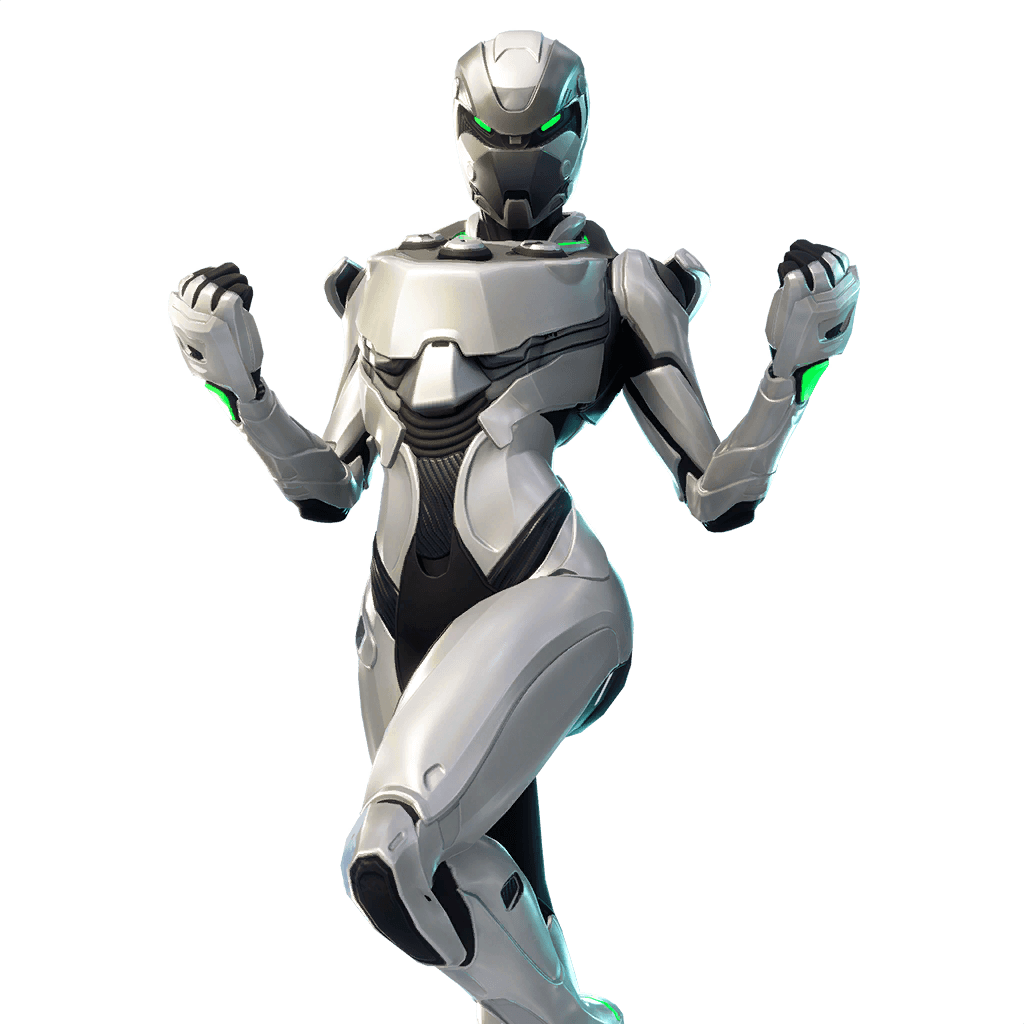 Eon is a pretty new skin, but as an Xbox One S bundle exclusive, the skin is rare – because not many people are going to shell out $299 just for a new Xbox One. The Xbox One S bundle was released in early 2019 and comes with the Eon skin, an Aurora Glider, a Resonator Pickaxe, and 2,000 V-bucks.

Rumors of the Xbox exclusive Eon skin bundle surfaced back in September 2018 and fans speculated/hoped that it would be available as a digital download for a few bucks. 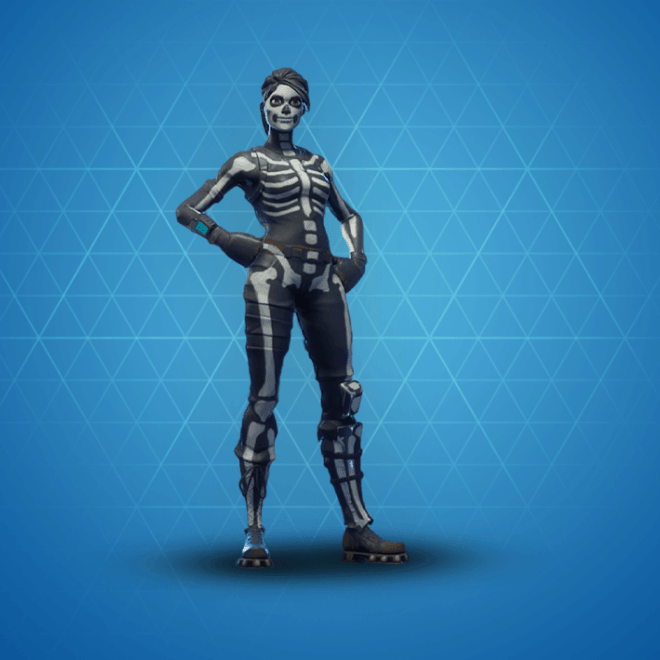 When Epic Games decided to re-release the Skull Trooper skin in 2018, they made a female version of the skin dubbed Skull Ranger. While the original Skull Trooper is no longer rare since the re-release, Skull Ranger is now one of the rarest Fortnite holiday skins. Skull Ranger was only available for few different days in October 2018 and once on November 1 of that year.

Like the re-released Skull Trooper, Skull Ranger came in both a plain version and a Green Glow version. 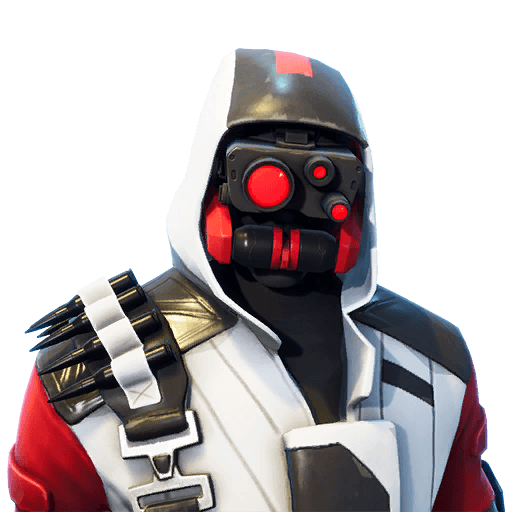 Like Royale Bomber, the Double Helix skin was a console bundle exclusive, this time for the Nintendo Switch Fortnite Bundle. The bundle was released in early October 2018, just in time for the holiday season and had a retail price of $299.99. Besides the Double Helix skin, the Nintendo Switch Fortnite Bundle included a special Telemetry Back Bling, special Pinpoint Pickaxe, special Rotor Glider, and 1,000 V-bucks.

Double Helix is actually a re-skin of Archetype – which is green and black instead of Double Helix’s white, red, and black color scheme. While Archetype is not necessarily as rare as Double Helix, it has only been featured in the Fortnite shop a few times. 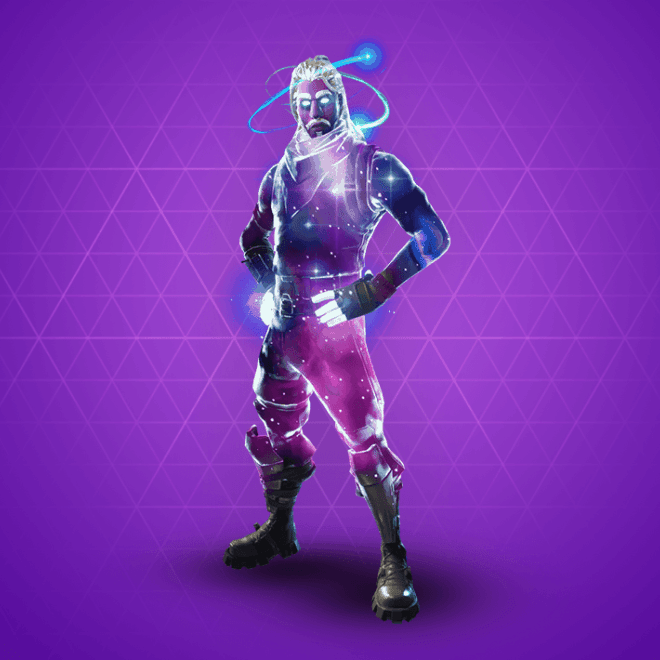 
Galaxy was an ultra exclusive skin only available to players who purchased the new-at-the-time Samsung Galaxy Note 9 or Galaxy Tab S4. The skin was named after Samsung’s Galaxy line of devices and debuted just in time for Fortnite’s Android Beta. Since the Galaxy skin looks so cool, its one of the most sought after rare skins among the Fortnite player base.

Since Galaxy only came with the Galaxy Note 9 or Galaxy Tab 4 Galaxy is technically the most expensive Fortnite skin ever released (depending on which device the player purchased – the Galaxy Note 9 retailed for about $1,000). 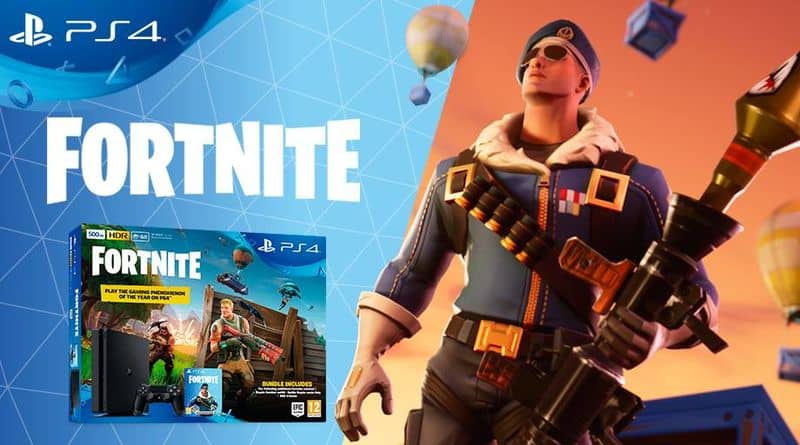 Royale Bomber was a European PS4 bundle exclusive that made hardcore Fortnite players in the rest of the world, especially the U.S., green with envy. Also included in the bundle was a standard slim PS4 and 500 V-bucks.

Initially, Epic Games said that buying the European PS4 bundle was the only way to get the Royale Bomber skin. However, in September 2018, a special PS4 controller bundle featuring the 500 V-bucks and Royale Bomber was released at select U.S. retailers for $60 for a limited time. While this did make Royale Bomber more widely available, the skin is still quite rare.

Months before Epic Games made the official Royale Bomber announcement, dataminers at the Fortnite’s fansite Storm Shield revealed a number of unreleased skins and weapons, including the Royale Bomber, which led to the skin’s hype. 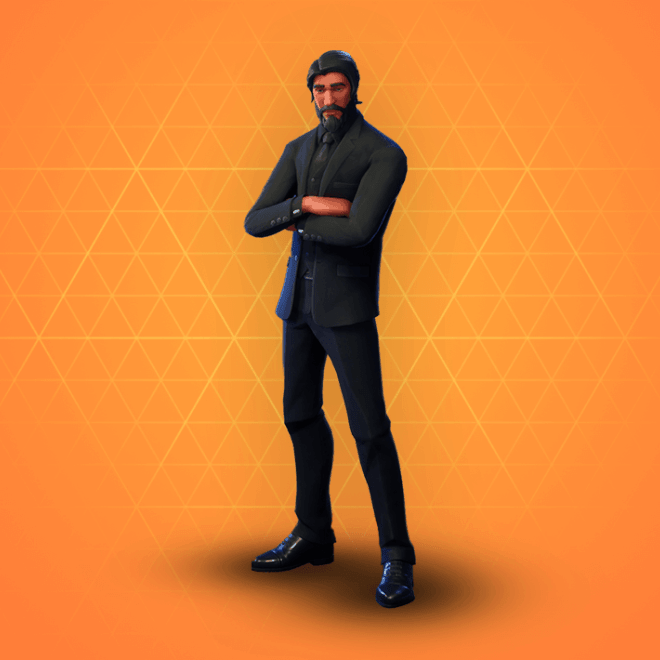 The Reaper is one of the most desirable rare Fortnite skins and is a badge of honor for those who have it. Unlike most of the rare skins on this list, The Reaper wasn’t available for purchase and could only be claimed as a Season 3 Battle Pass Reward by those who reached Tier 100. Season 3 was still early in Fortnite’s popularity that not too many players were dedicated to reaching Tier 100.

If The Reaper skin looks familiar it’s because Fortnite fans believe the skin’s design was heavily influenced by popular movie character John Wick played by Keanu Reeves. While fans have been calling The Reaper John Wick since it was first released, Epic Games says that the resemblance was not intentional and an official John Wick did come out in May 2019.

Last Seen in Shop: December 29, 2018
Reason for Rarity: Released during the holiday season in 2017 and returned for a few days for 2018 holidays
Original Release Date: December 14, 2017
Original Price: 1,500 V-bucks each
Character: Unknown for Merry Marauder and Wildcat for Ginger Gunner 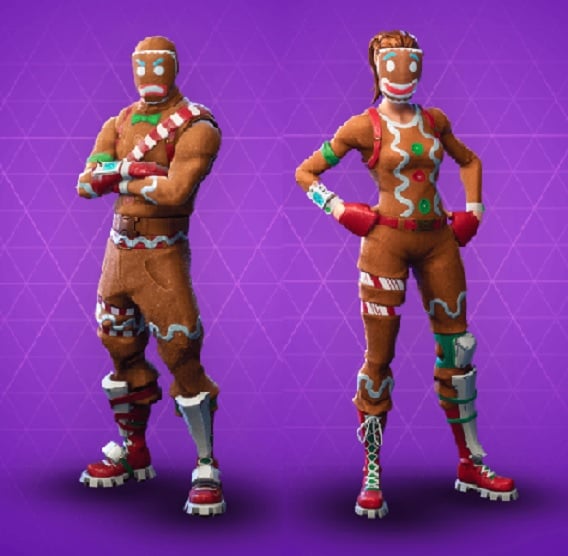 Merry Marauder and Ginger Gunner were Fortnite’s first holiday themed skins, released on December 14, 2017 and were only available until the end of January. These special gingerbread people skins did return for the 2018 holiday season, but only for a week between December 22 – December 29. No one knows yet whether or not Merry Marauder and Ginger Gunner will make another appearance in 2019.

Because the Merry Marauder skin completely covers the character’s face, no one knows who is under there and it has never been revealed by Epic Games – the Ginger Gunner skin is for the character Wildcat. 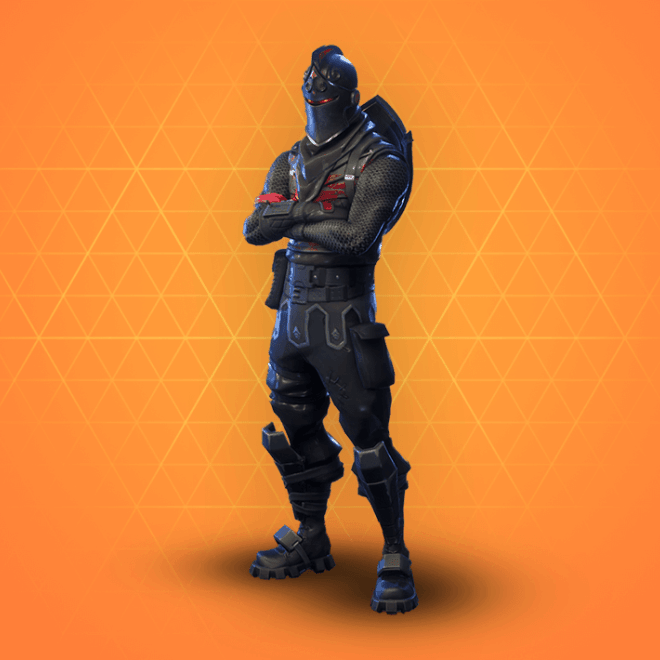 There was also a Red Knight skin (the female counterpart of Black Knight) available in the Season 2 shop for 1,200 V-bucks, but she isn’t rare like the Black Knight, because Red Knight occasionally appears in the Daily Shop for 2,000 V-bucks. 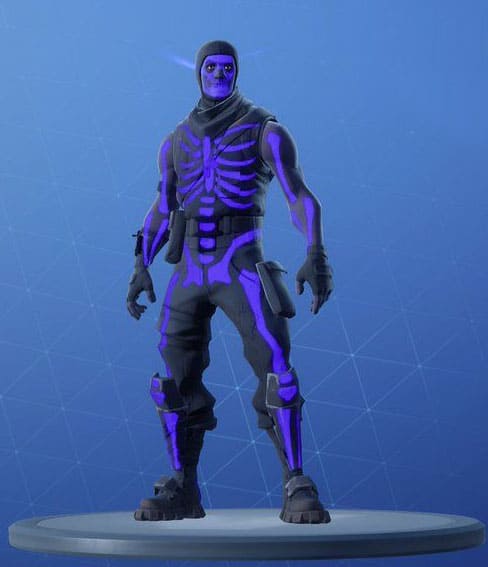 Skull Trooper was the very first Halloween Fortnite skin released back in 2017 and since the game had a relatively small player base at the time, it was a rare skin. In 2018, Skull Trooper returned to the Fortnite shop for a few days, giving more people a chance to snag this rare skin.

Since this re-release reduced Skull Trooper’s rarity, Epic Games decided to reward players who had purchased the skin when it first came out the year before. These players were given a special Purple Glow Skull Trooper that has never been available for purchase, making it one of the most exclusive Fortnite skins. 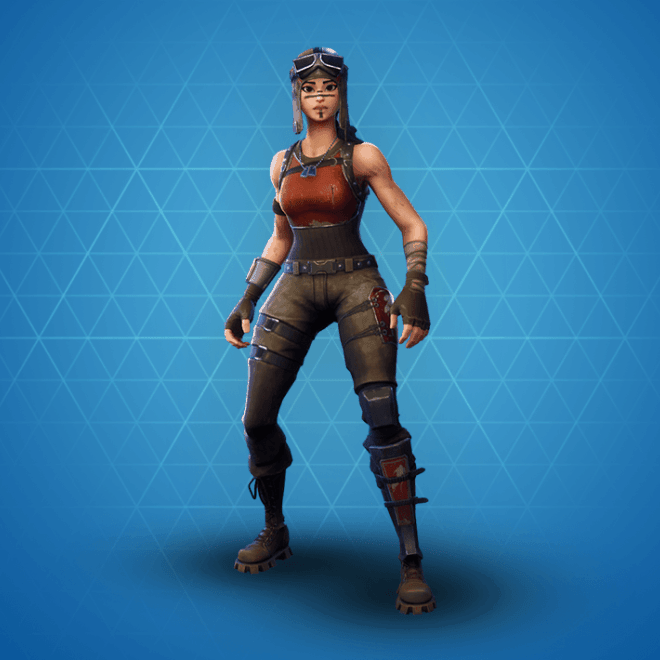 Renegade Raider is another Season 1 skin that wasn’t very popular when it was first released. Like the other rare Season 1 skins, Renegade Raiders design was pretty plain and uncreative. Additionally, players needed to reach Level 20 to unlock Renegade Raider and drop 1,200 V-bucks to pick her up. It seems like not too many people were interested in spending their money on this skin.

While there is no official confirmation from Epic Games, some fans believe Renegade Raider’s design was inspired by comic book character Tank Girl. 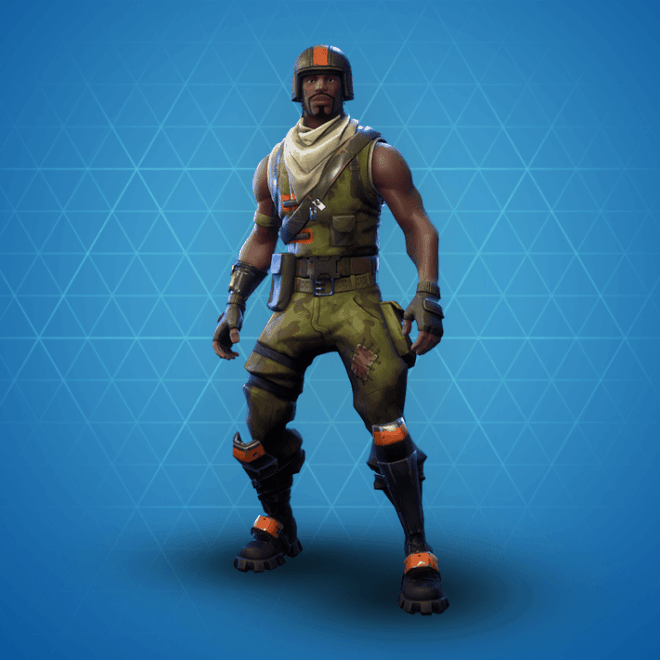 Even though the Aerial Assault Trooper skin is known for its rarity today, it’s hardly ever seen in game as those that do own the skin seem to not use it at all. 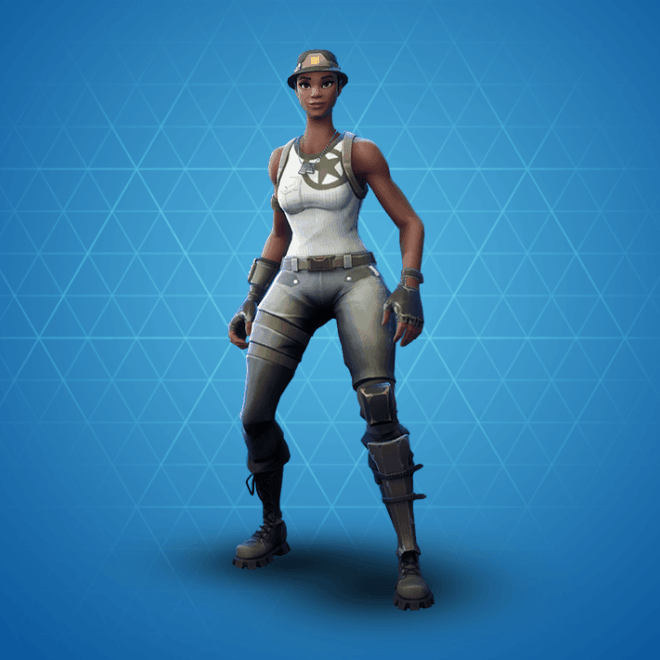 While there are some differing opinions, Recon Expert is widely considered to be the rarest Fortnite skin ever released. Recon Expert was only available for a few weeks during Fortnite’s first season, so not many players had a chance to buy it. On top of that, Recon Expert’s design is super boring/plain and reflects the minimal design of the Fortnite’s early skins.

Although many players agree that Recon Expert is not an interesting skin, there has been renewed interest among the player base in bringing the skin back just because of its rarity.

10 Rarest Birds in the World